Amazon announced a slew of new products today, and you can pre-order the majority of them right now.

It’s not just Amazon either, as Ring also announced a slew of products. Including multiple power options for the Spotlight Cam Pro and Plus. A new way for the Amazon Astro robot to replace your security guards at your business overnight and so much more.

And now you can pre-order these new products, from Amazon, Ring and Blink. Below you’ll find links as well as details on pricing and release dates for everything. 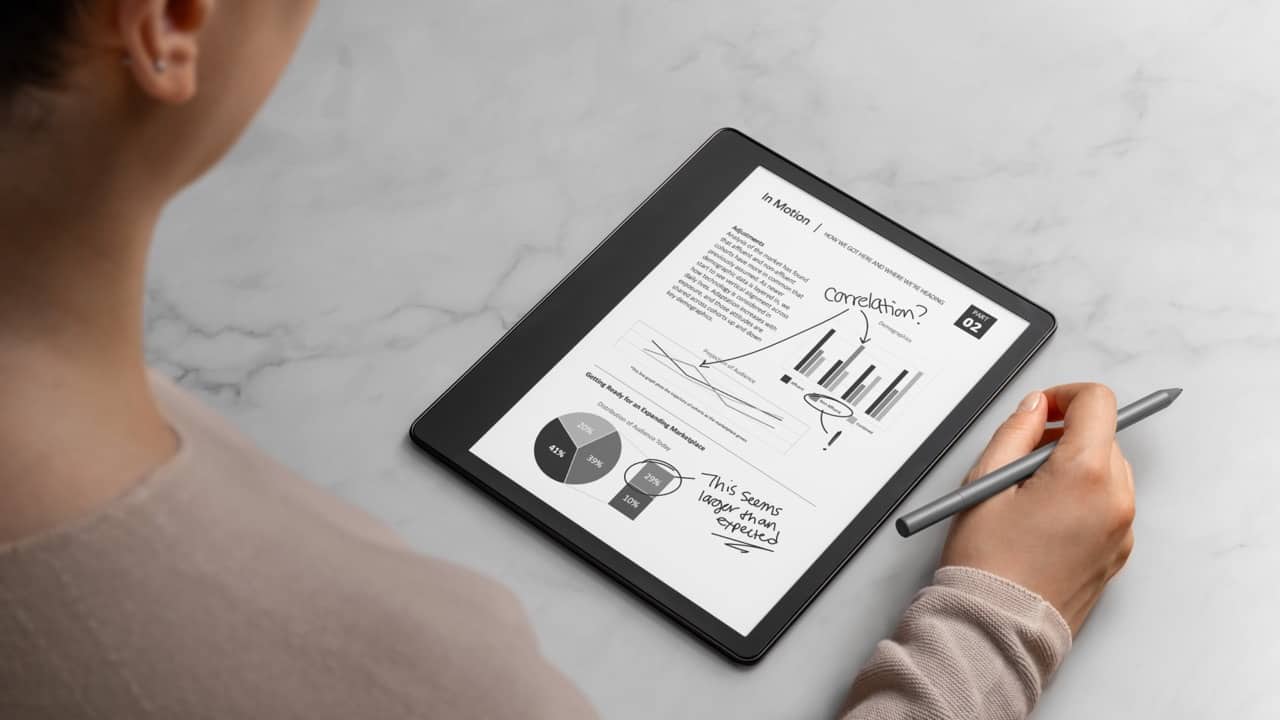 Amazon started out today with a new Kindle. The Kindle Scribe is a new Kindle that let’s you read and write as you would normally do on paper. So not only can you read ebooks here, but also take notes. Which is great for journalists, and those that take a lot of notes. It’s available for pre-order now and ships on November 30, 2022.

The Halo Rise is a new bedside clock and light that also tracks your sleep. So it’s similar to the Philips Hue sunrise clock, but it can track your sleep. This is a really good option for those that don’t want to wear a tracker to bed. It’s available for pre-order now and ships later this year – no specific date is available yet. 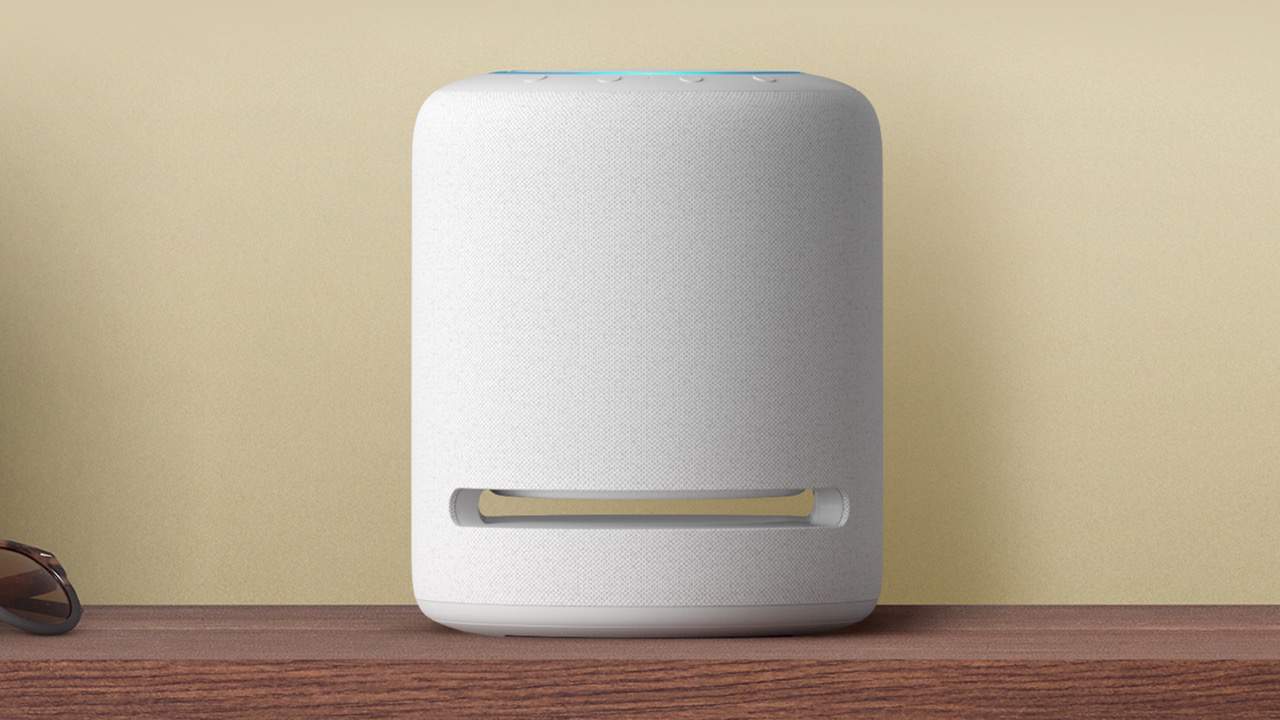 The Echo Studio got a small update today as well, and is now available in a new color, gray. It’s still a really great, HiFi smart speaker that you can pre-order starting today.

The Echo Dot got a pretty big upgrade this year. With twice the bass, new temperature sensors, tap gesture controls and eero built-in. Having eero built-in is a big deal, as that makes them eero mesh WiFi extenders, to improve coverage in your home. The Echo Dot with Clock also gets better LEDs, to make the clock more visible. You can also show other messages on the display. Both of these are available for pre-order now.

The new Echo Dot Kids now comes in Owl and Dragon designs. It will also feature new Alexa voices to compliment those designs, for Amazon Kids+ subscribers. Not a huge upgrade over the older Echo Dot Kids Edition, but it does have the same internals as the new Echo Dot. It is available for pre-order now for $59.99.

The Echo Auto also got a nice redesign, and it’s a bit smaller now. So it can be mounted next to your air vent on the dashboard. It now has five built-in microphones that are designed to hear your requests over music, the air conditioner and even road noise. It’s available for pre-order today for $54.99.

Blink has a new Wired Floodlight Camera, that uses the new Amazon AZ2 Neural Edge Processor, which enables content to be processed locally on the edge. The camera has 2600 lumens of LED lighting, 1080p HD video is recorded live, with two-way audio. It’s available for pre-order today and costs $99.

Then we have the Blink Mini Pan Tilt. This is a new camera that has a motorized mount for the Blink Mini camera and helps you to keep a better eye on your home. Giving you 360-degree coverage of any room.

While the Spotlight Cam Pro Wired will start shipping to customers in the coming months. 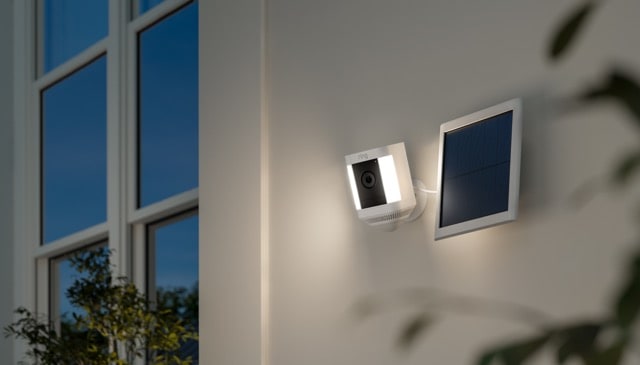 The Spotlight Cam Plus is essentially the same as the current Spotlight Cam, but with a new design. It’s a bit shorter and chunkier now. With all of the same features that Ring customers know and love.

Much like the Spotlight Cam Pro, it also comes in four different power options: Battery, Plug-In, Solar and Wired. It is available for pre-order today and starts at $199.

Amazon finally refreshed the Fire TV Cube this year. The original model was announced back in 2017, so it was due. This year, we have a slightly different design, one that is wrapped in fabric, which looks really nice. It’s still 4K, and will upscale your 1080p or 720p content to 4K resolution. It also has a HDMI in and HDMI out port, so you can connect your cable box, Blu-Ray player or anything else directly to the Cube for using with Alexa. Pre-orders open today and it is priced at $139.

Amazon debuted a new QLED series in its Omni TV lineup. Now available in 65- and 75-inch models, Omni Fire TV now goes QLED. They are also pretty affordable, with the 65-inch model coming in at $799, and the 75-inch model at $1,099. Pre-orders opened today.