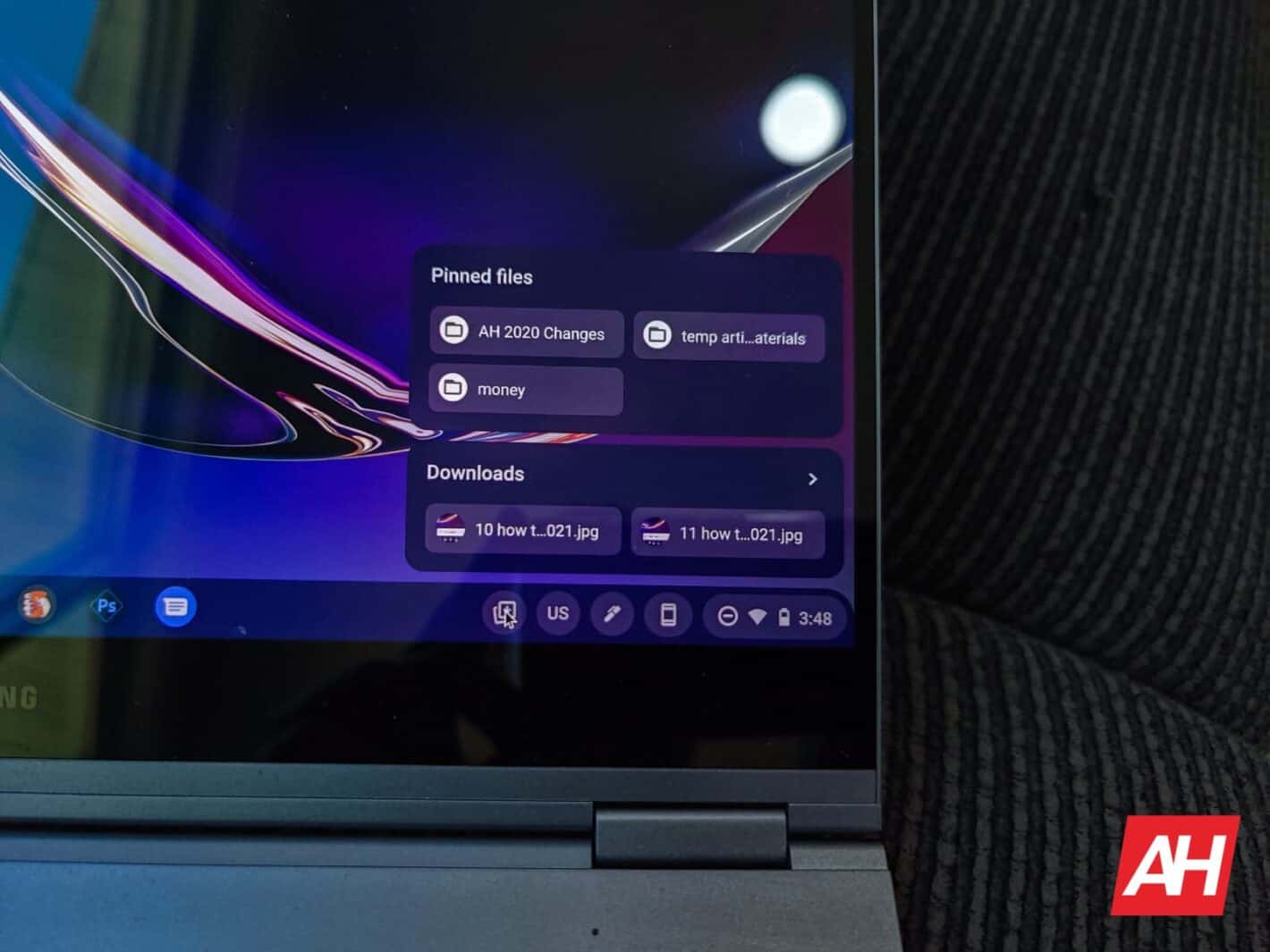 Google has consistently and frequently improved its Chromebook platform. That includes adding a way for users to pin files and folders to the system shelf for easier access. And using that feature, dubbed “Tote” by Google, couldn’t be easier, although it’s not entirely intuitive. But that’s what this guide exists for. So if you’re looking to learn how to use the new feature to pin files to the shelf on your Chromebook, you’ve come to the right place.

Here, we’ll take a look at what exactly the Tote feature is. And at how you can use Tote to pin files on your Chromebook for quicker access than ever before.

Why would you want to pin your Chromebook files?

Setting aside the how, momentarily, the first question we need to answer is, of course, why you’d want to pin files on your Chromebook to the shelf. After all, it’s easy enough to simply open up the Files app. And, as on other operating systems, the file manager on Chrome OS can even be searched.

What’s more, you can already pin apps, including the Files app — although it’s pinned by default — to the shelf. And you can already pin folders for faster access within that app too. But there are good reasons for this feature’s existence, in the first place. Not least of all, while you can pin the Files app, you couldn’t pin individual files or folders prior to Tote.

And pinning files and folders makes them much easier to access, without ever having to open up any apps at all. For example, users might pin their monthly budget spreadsheet. Or a folder that’s been set up with files that they need to access frequently for work. Or any ongoing project that they plan to work on for the long-term.

Moreover, the Tote acts as an easy-access location for downloaded files as well. Even after they’ve been removed from the notification tray area of the system UI — either automatically or manually. That, in turn, makes jumping back in on any such project or to a location in the files app faster than ever.

How do you pin files on your Chromebook?

Now, Google calls this new feature Tote. And the icon for Tote should already be in place for some users. So you may not need to pin files for the new feature’s icon for that to appear. In fact, the new UI also covers downloads and screen-captures. So, if you download a lot of files, those will appear there too.

Regardless, pinning files or folders to make Tote appear on the shelf is easy. Accomplishing the latter will actually make it appear, and then it should remain in place. At least for as long as files have been downloaded recently or as long as files and folders remain pinned. 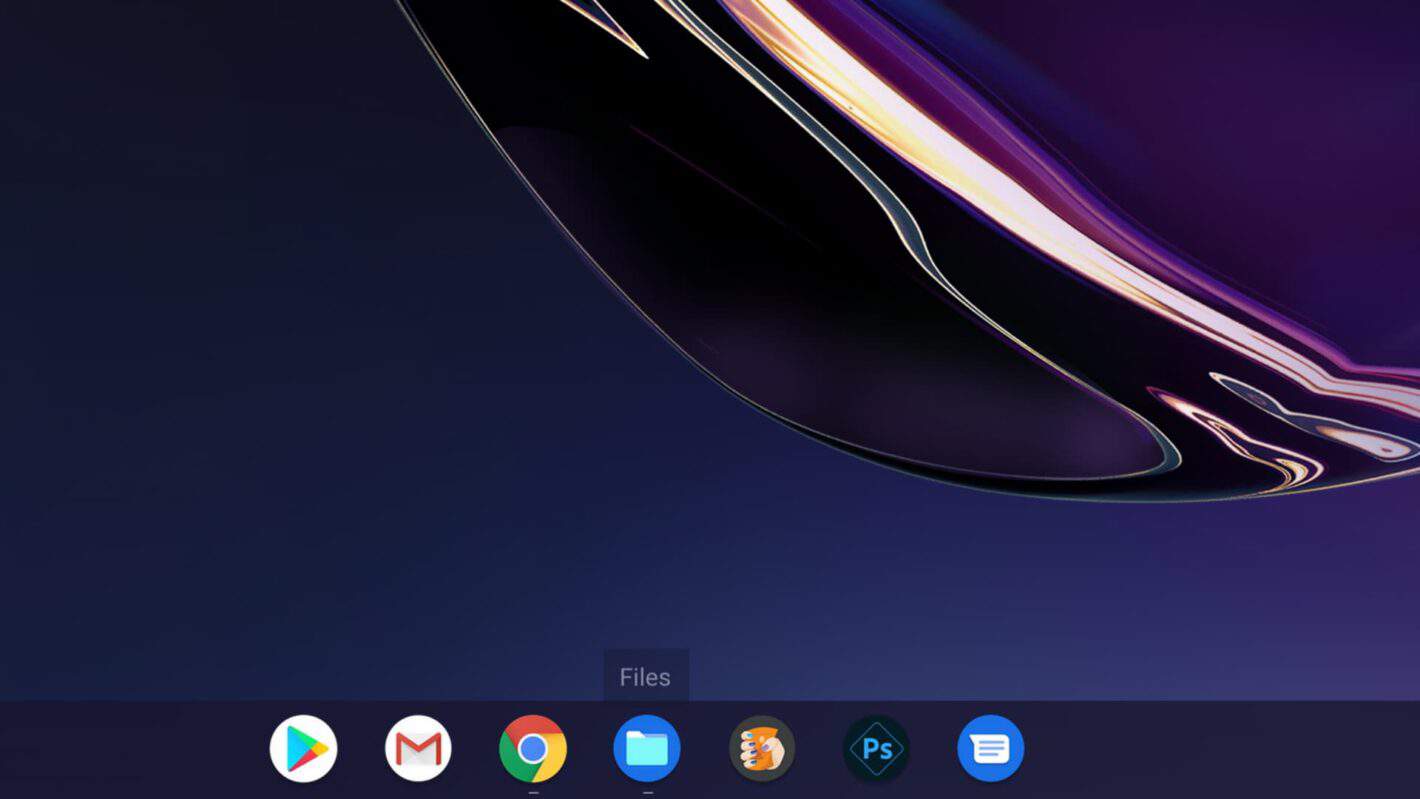 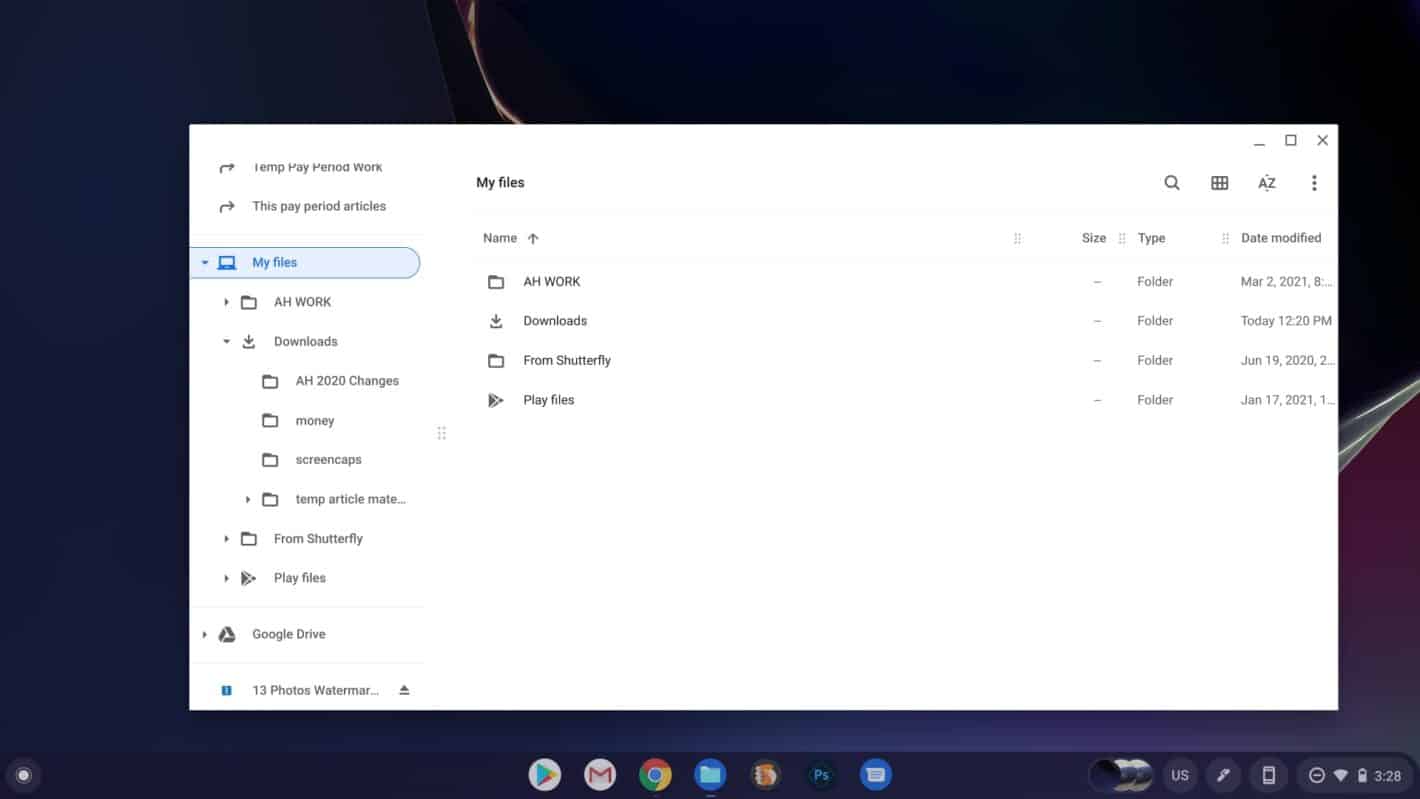 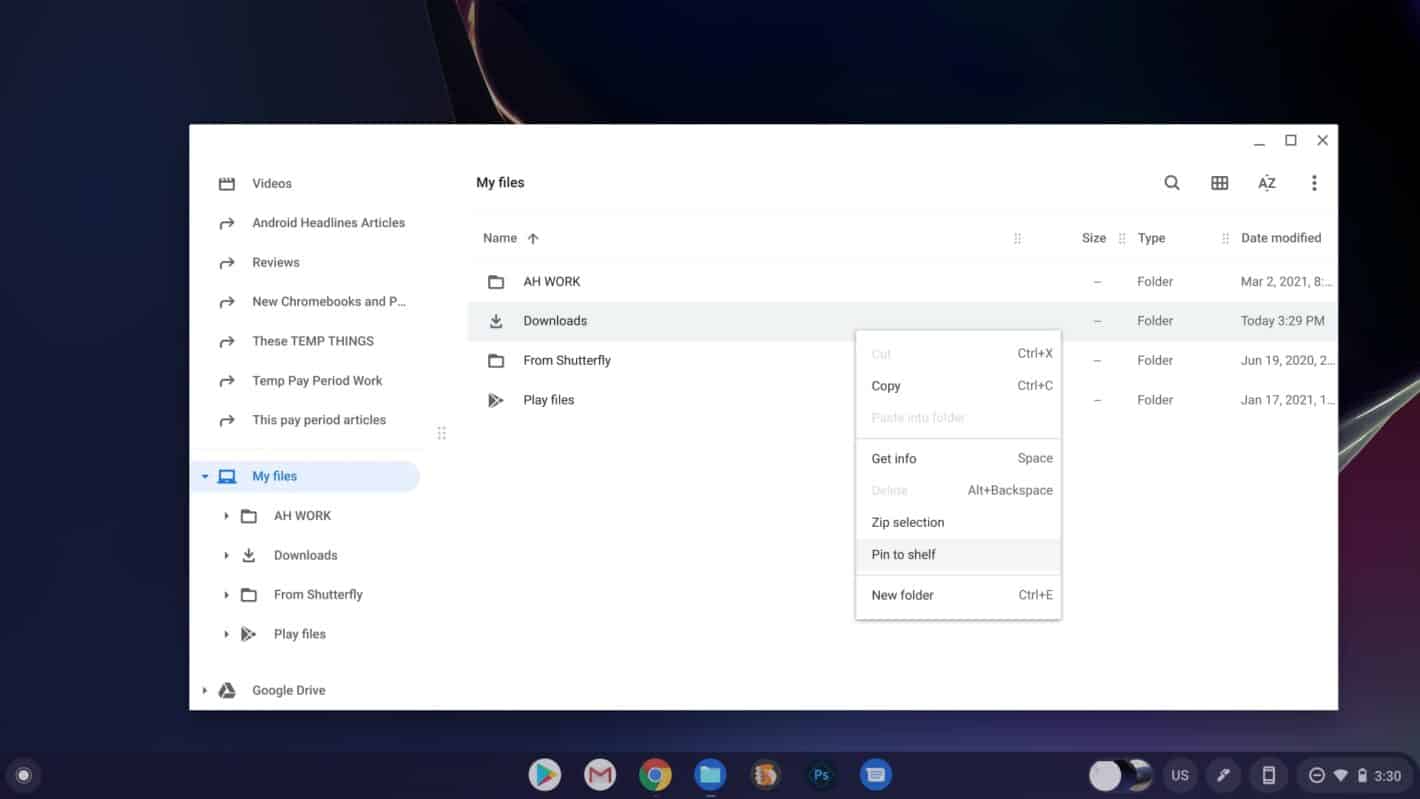 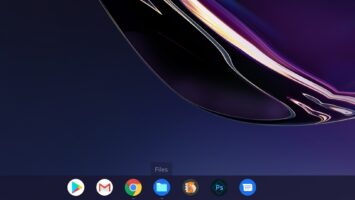 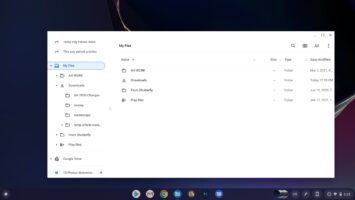 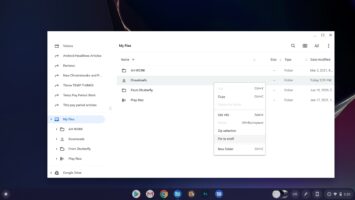 Now that we’ve managed to pin files to the shelf on a Chromebook, we need to go ahead and take a look at how to access them. After all, Google doesn’t necessarily explain where they’ve gone after they’ve been pinned. But finding them, as with pinning files, really couldn’t be any easier once you’ve learned to use the Tote.

As noted above, Chrome OS keeps the files that are pinned in place until they’re unpinned. So using this feature will go a long way toward improving the productivity of Chrome OS for those who need it. Especially for those who need to rapidly access the same files or folders over and over again. 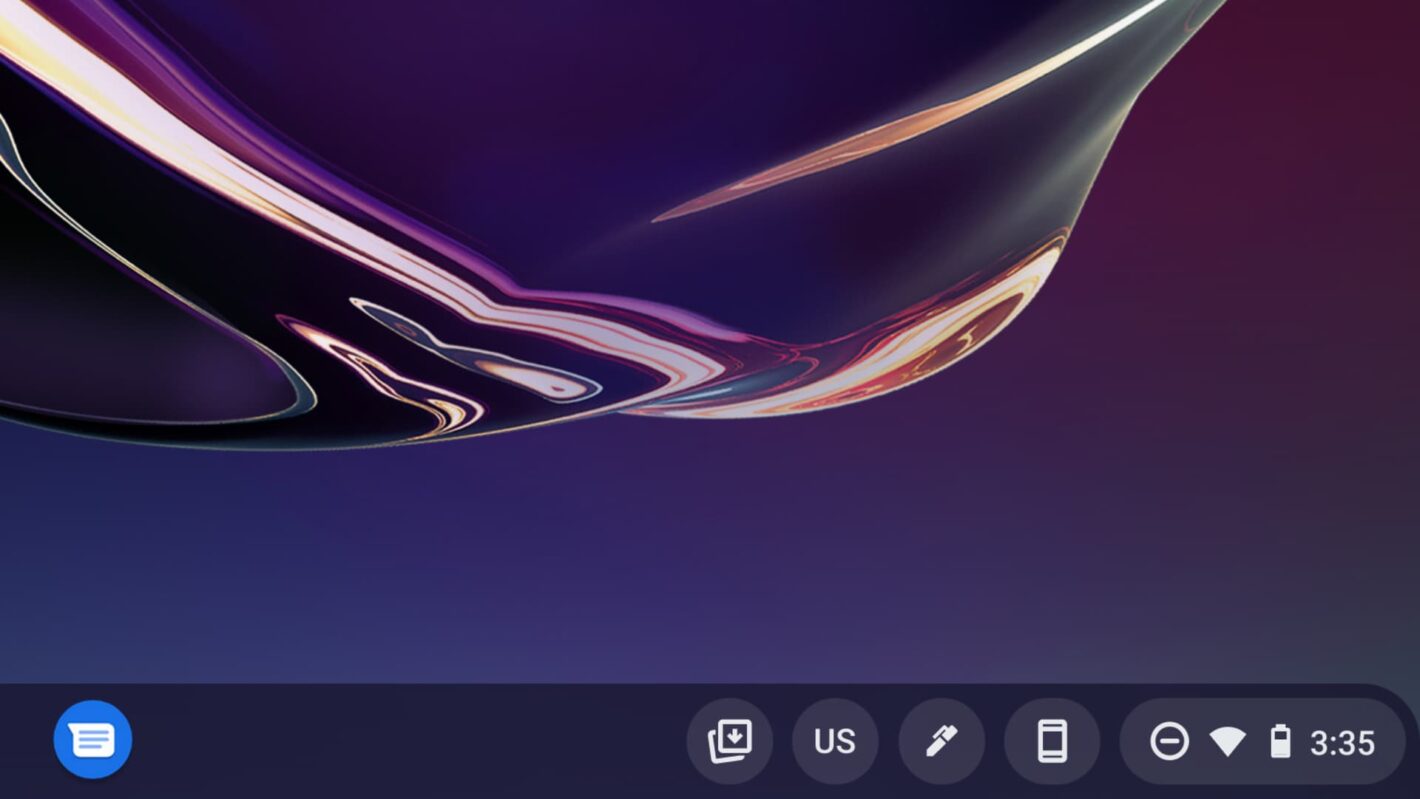 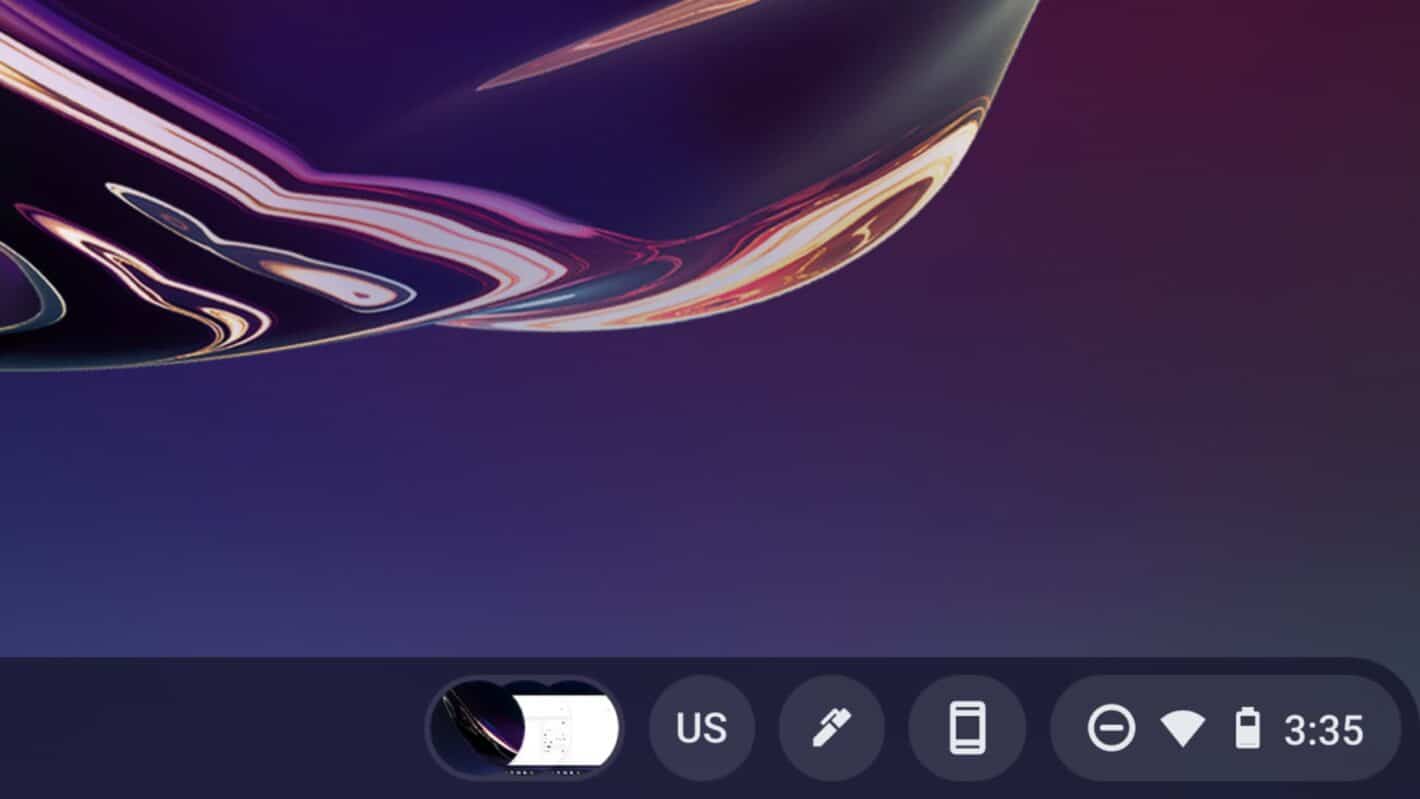 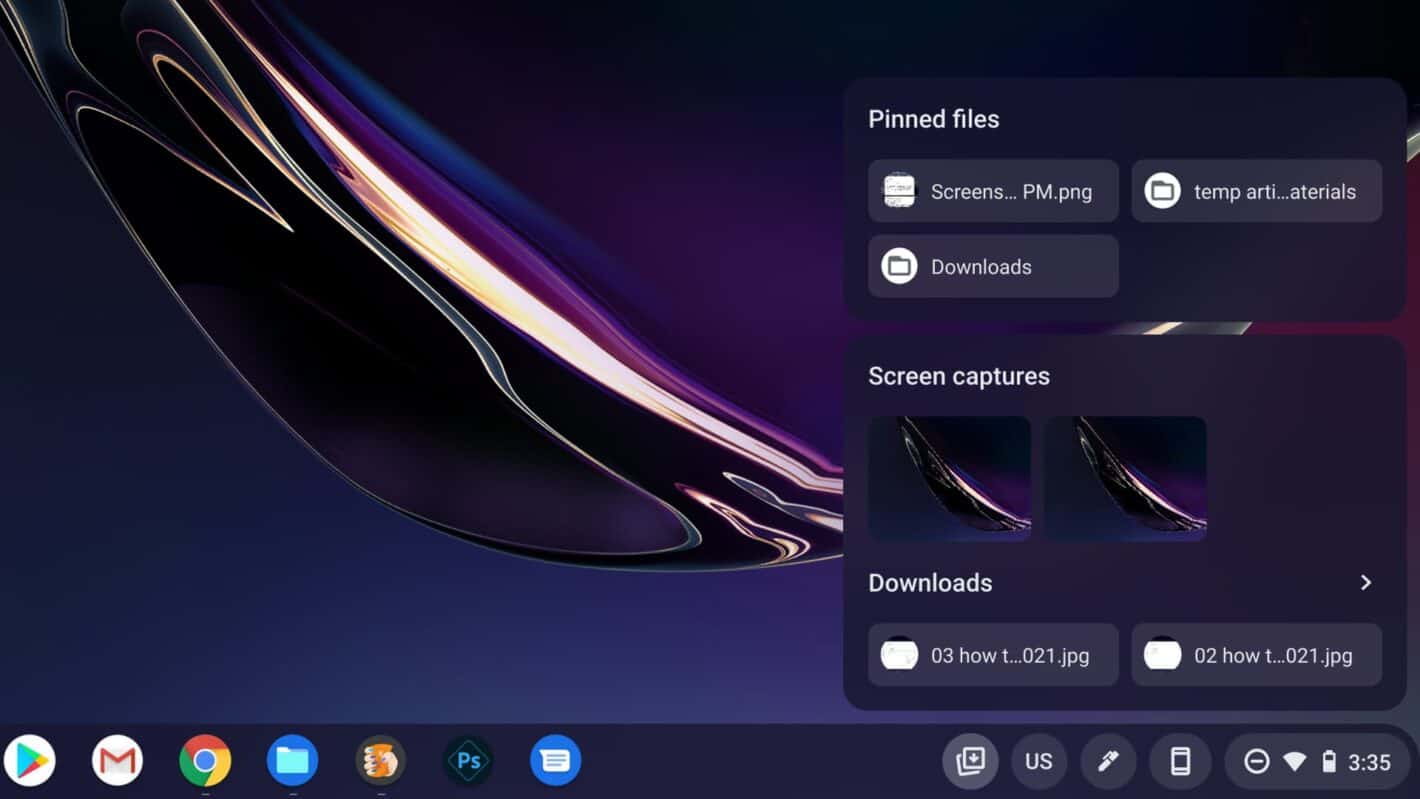 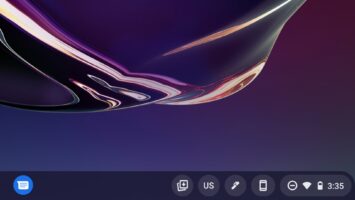 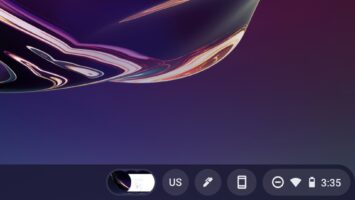 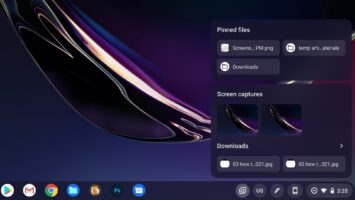 Can you remove these files from the shelf again?

Among the biggest caveats to how the new Tote feature works, is the fact that those files and folders remain in place once you pin them on your Chromebook. That’s especially true since, as already described, those become unmanageable once the UI is overloaded with more than 20 items are pinned.

Summarily, the UI simply takes up too much space at that point. And that means it becomes no easier to read or to navigate than the Files app itself would be. So it essentially just makes it easier just to use the Files app instead of Tote once the latter becomes too full.

But, in fact, Google did make it possible for files and folders that you’ve chosen to pin on your Chromebook shelf to be removed. So, if your Tote is starting to look a bit full, or if you’re done with items you placed there, they can be removed entirely. 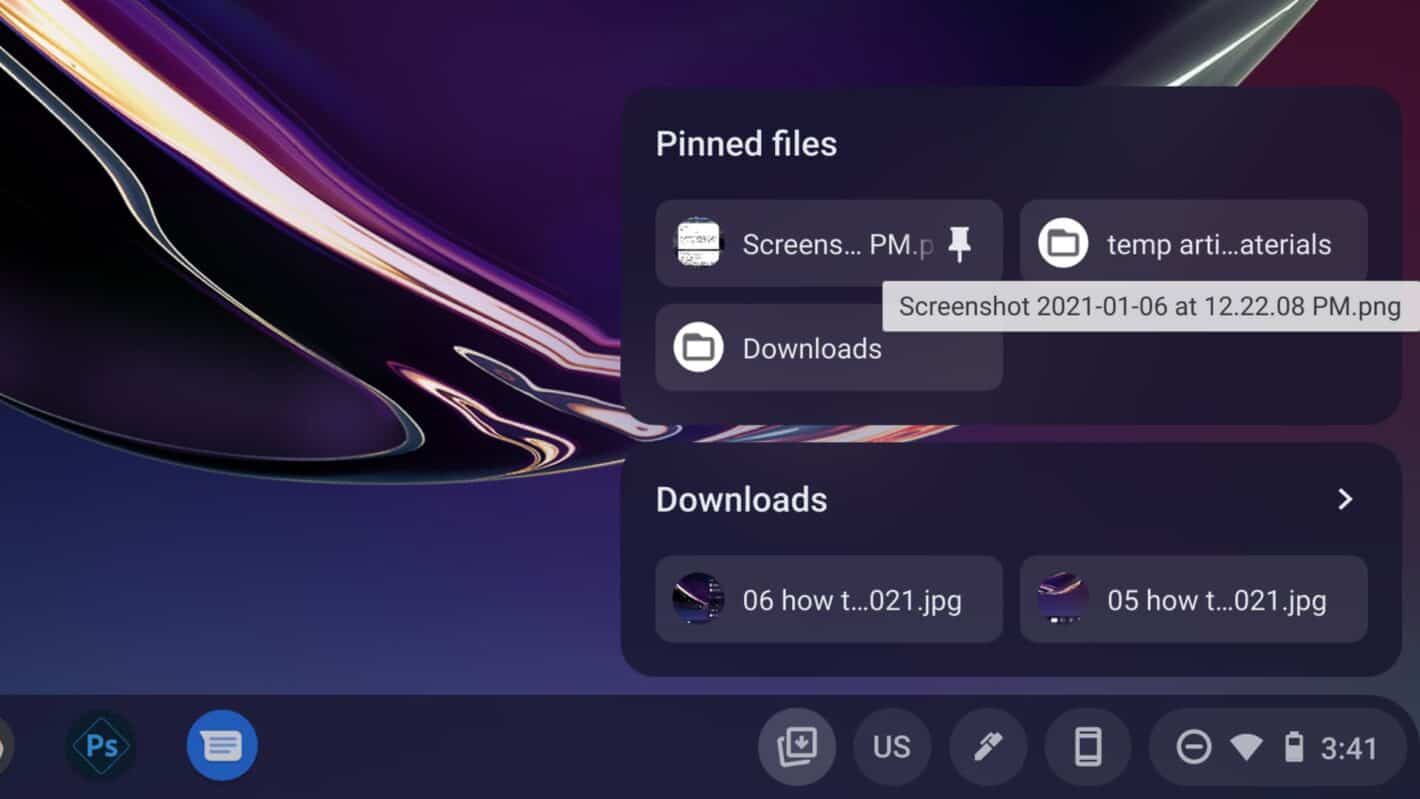 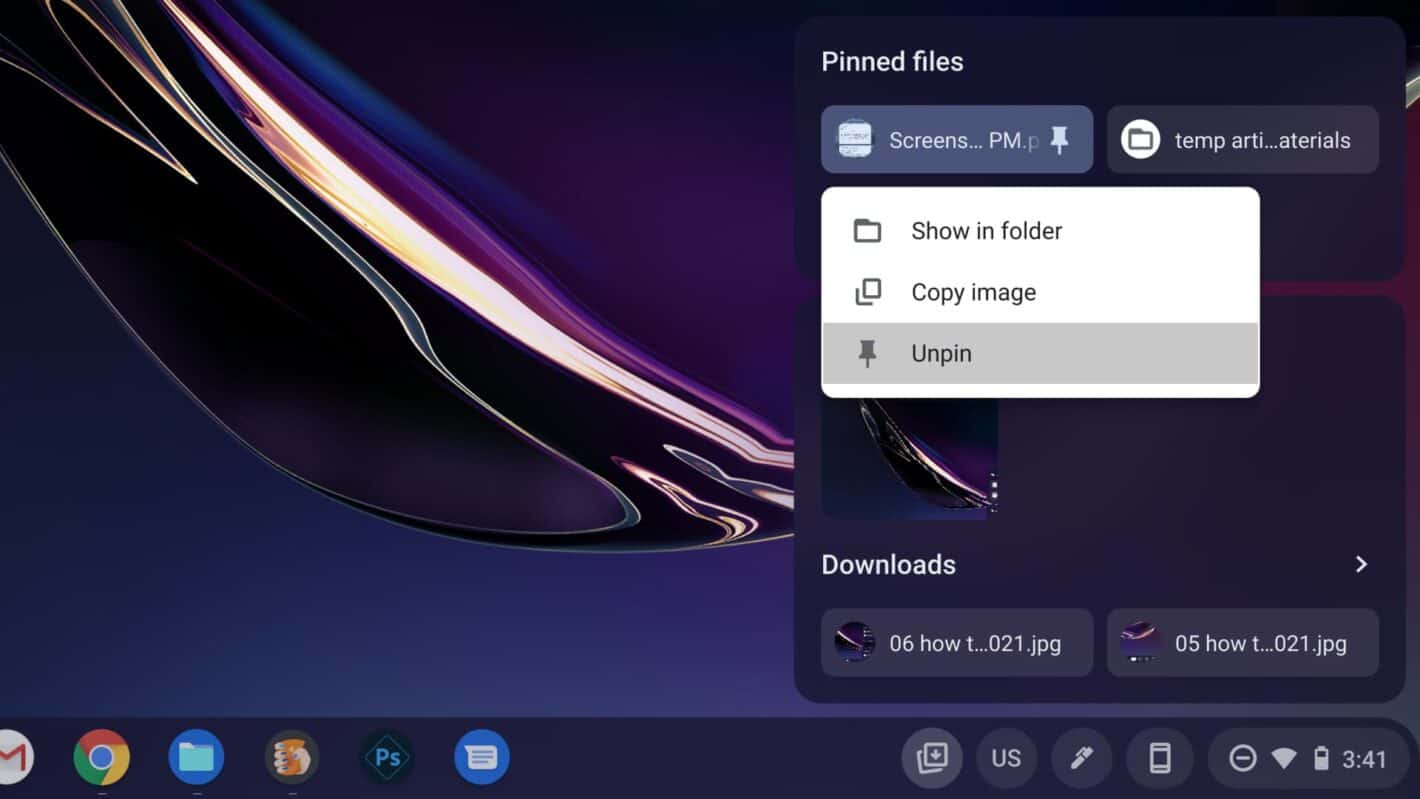 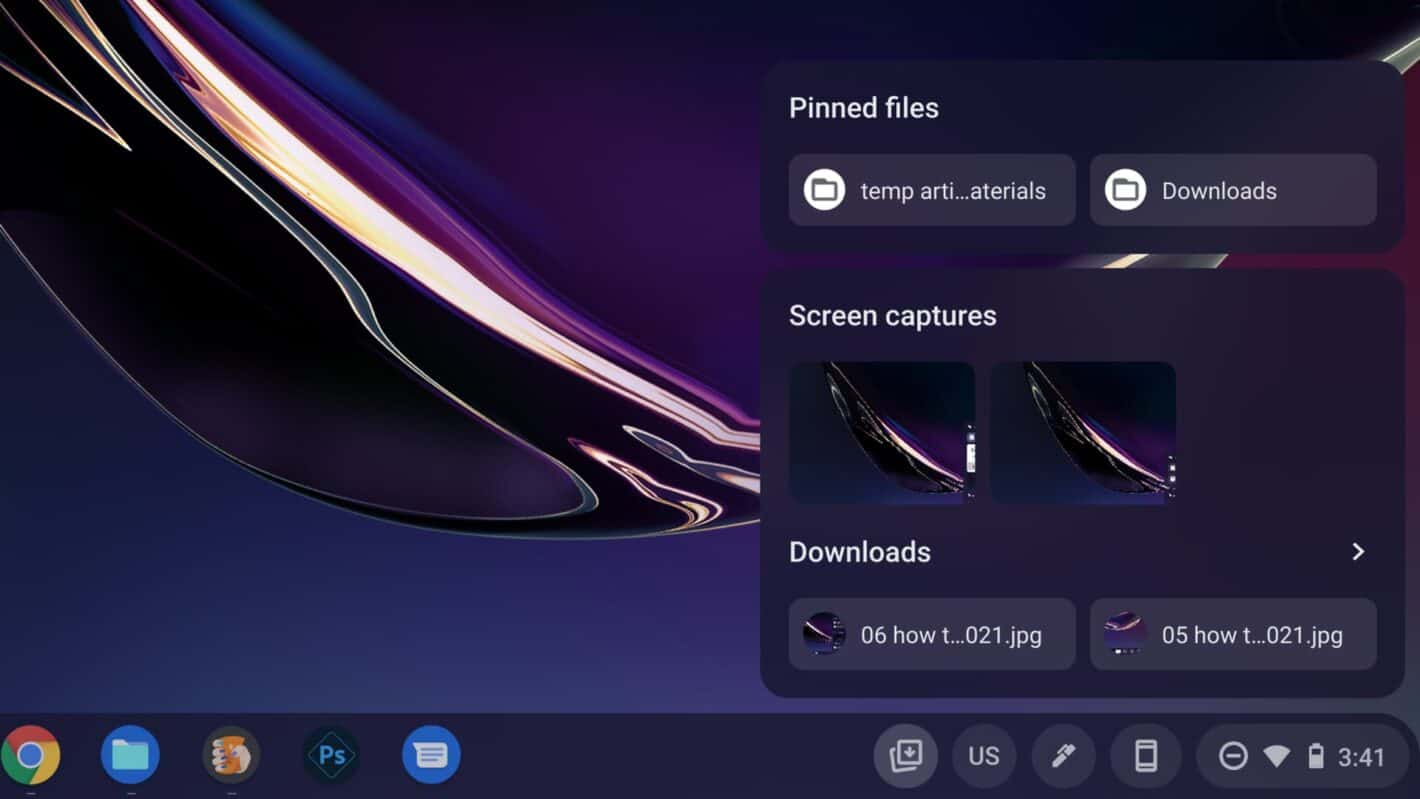 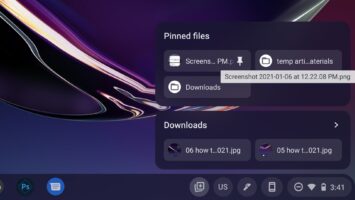 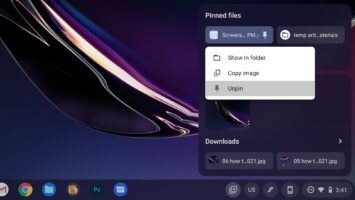 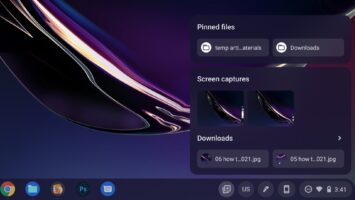 What if you don’t want everybody to see what you have pinned?

Conversely, there are times when items placed in the Tote aren’t necessarily made for everybody’s eyes. Whether that’s private photos and media or business documents that need to be kept under wraps. Or if the Tote and its thumbnails are taking up too much space on the Chrome OS shelf altogether.

The problem, of course, is that items added to the Tote appear as preview thumbnails on the Chrome OS shelf, replacing the Tote icon. So anything stored there is visible to anybody who glances at the desktop or shelf.

Fortunately, Google has made it possible to hide those too. Instead of simply removing everything from the Tote. So it is possible to ‘remove’ files and folders from view on the shelf without actually removing them. Effectively saving users the trouble of having to search Files for the items without having them on display for the world to see. 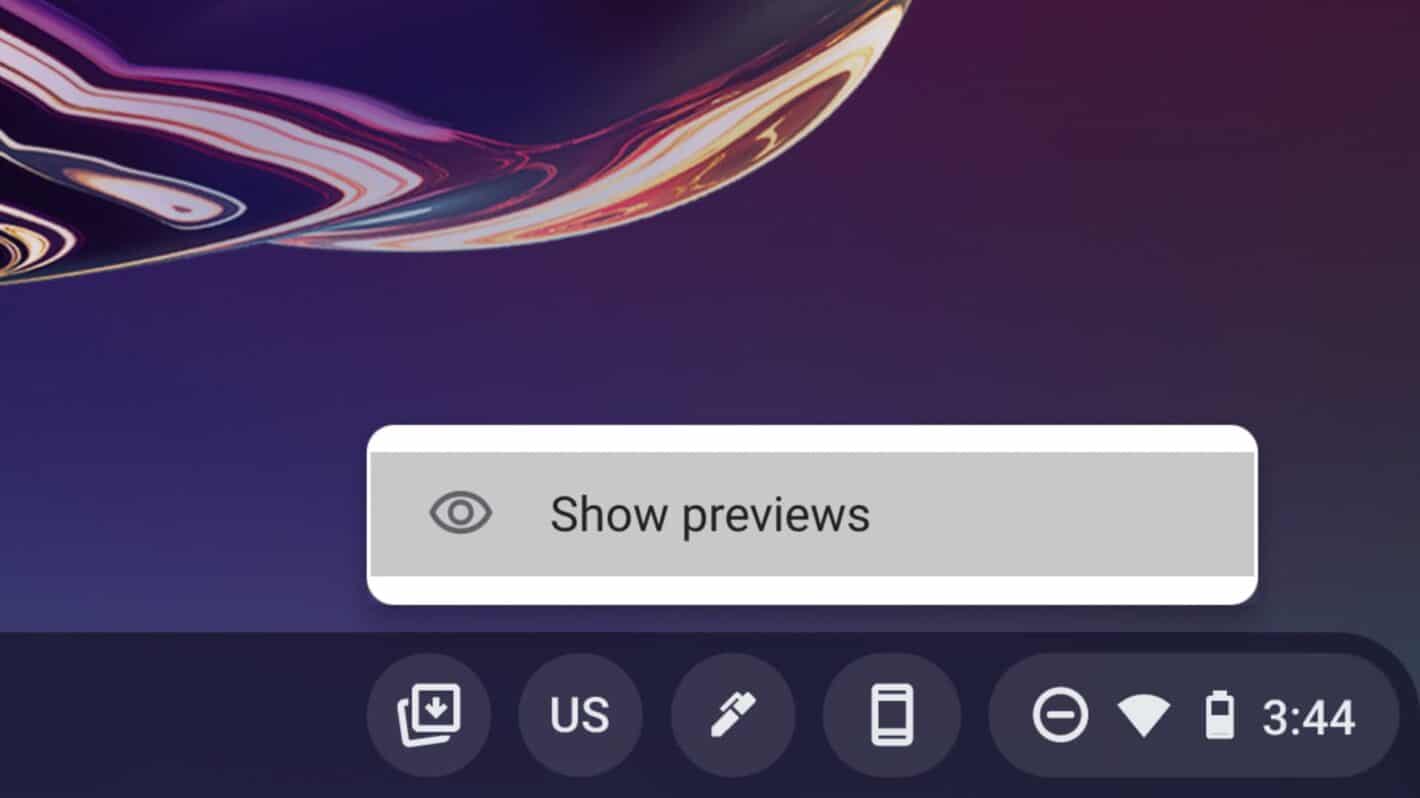 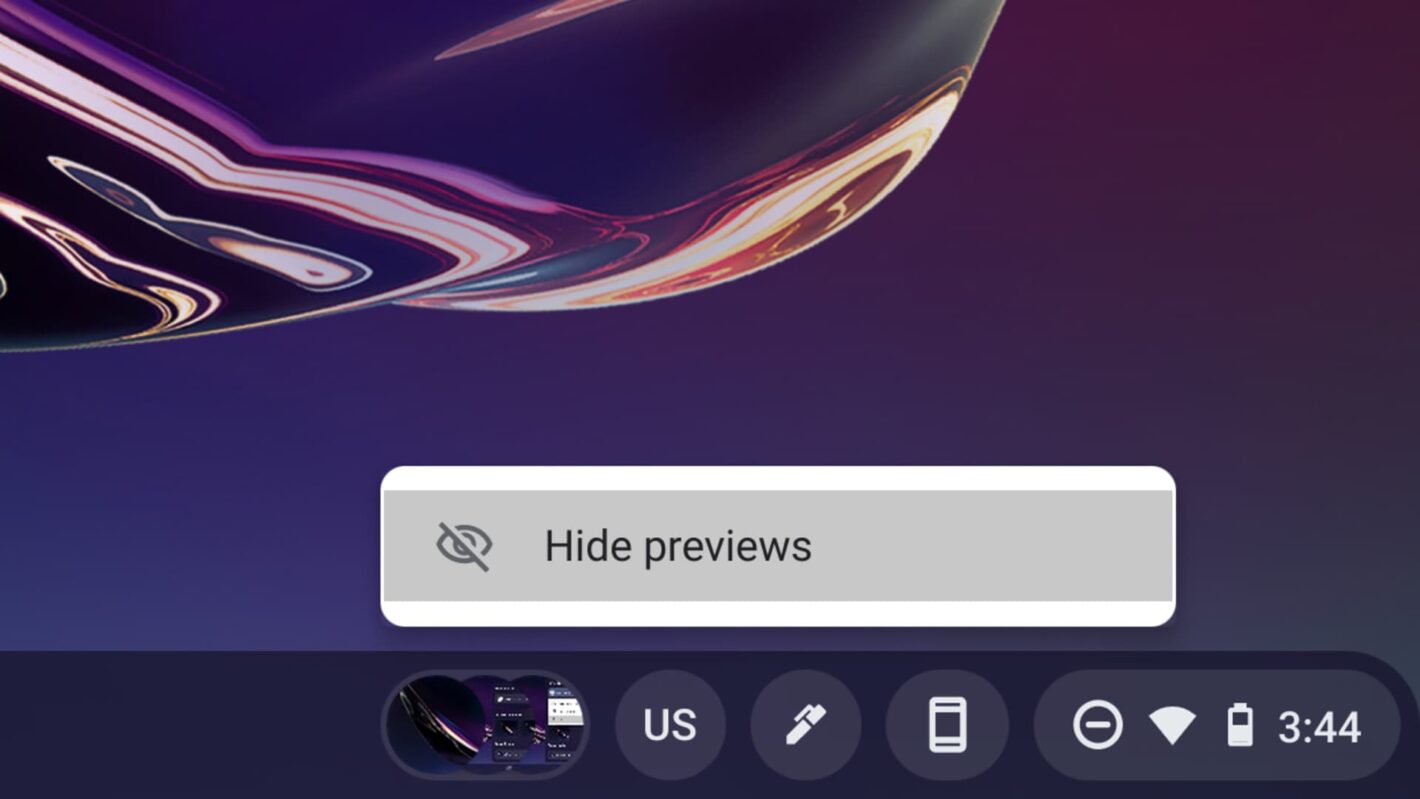 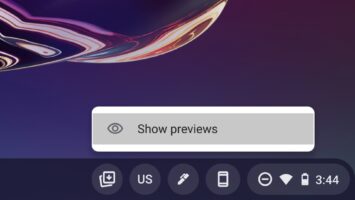 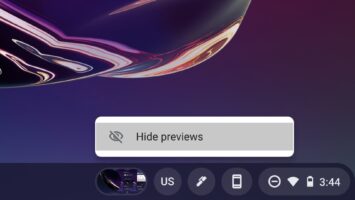