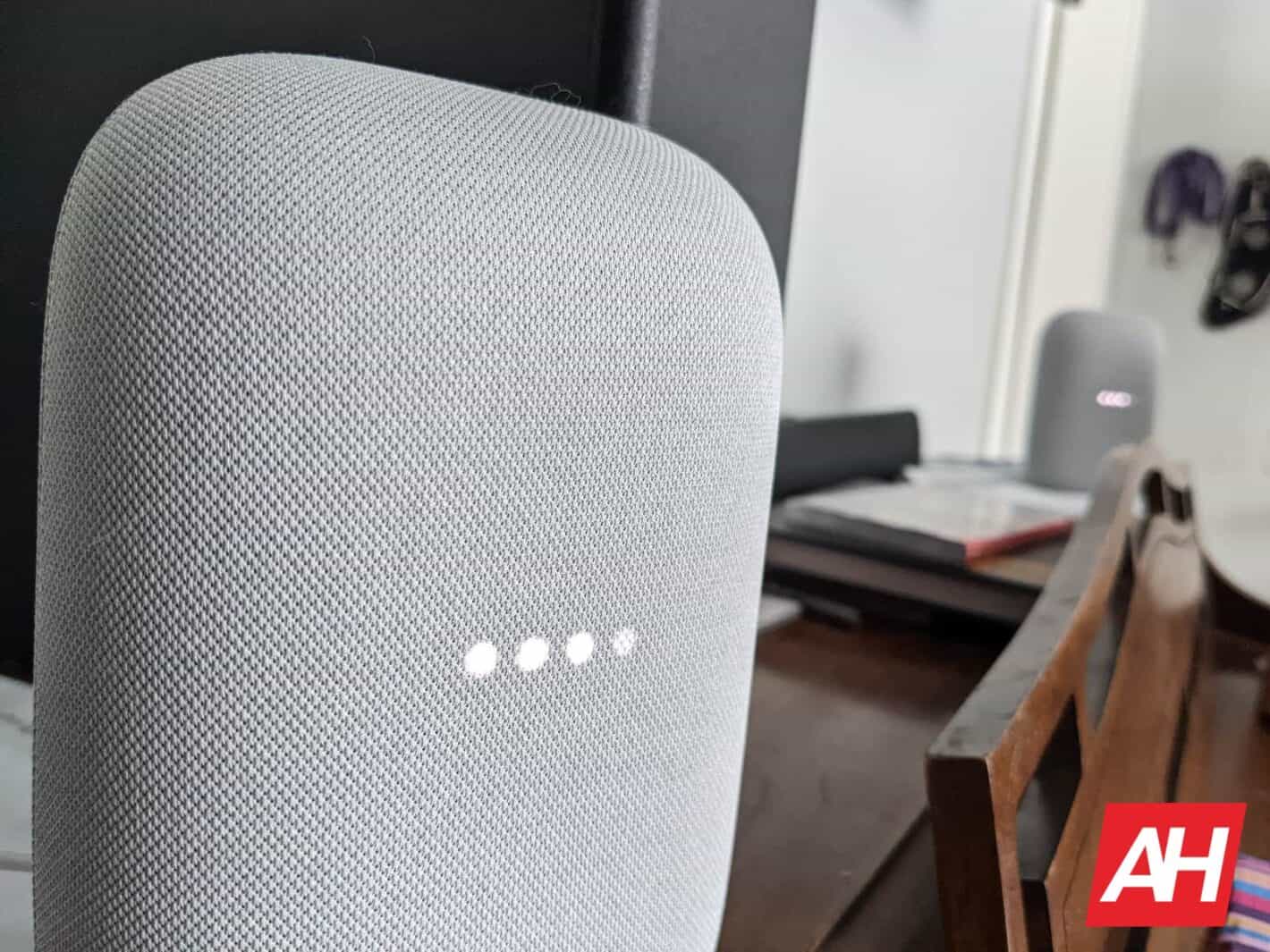 Nest Audio and Mini are easily some of the best smart audio products around, and some of the least expensive, but many people may not realize two such speakers can be used together in a pair. More succinctly, that’s together as a single stereo unit.

The process for accomplishing that isn’t too difficult either. In reality, it takes just a few short steps to get them to play together.

What is this audio feature for Google gadgets?

Put simply, if you pair two Nest Audio or Nest Mini devices — the devices must be the same model — you’ll effectively have a single stereo pair of speakers. They’ll appear as a single device in your apps and when casting. And the audio quality will improve as a result.

For Nest Audio, the biggest improvement is on the volume front. But secondary to that and close in terms of noticeability is the stereo effect. Because there are two speakers and because they are set with left-right designations, the audio coming from any individual speaker is slightly different. Particularly where the streaming service supports stereo playback.

In effect, what you get is a mix of audio that plays much closer to how it would over headphones. With some audio sent more prominently — or entirely — to one or the other speaker. So playback comes through sounding much closer to how production intended it to. With a much clearer separation of the audio frequencies between the two paired speakers.

Now, for Nest Mini devices, the impact of pairing is even more noticeable. Not least of all because the speakers are so small, to begin with. Joined with a second speaker, though, Nest Mini sounds fuller and deeper. With better bass response and better distinction between audio frequencies. That’s in addition to a more stereo-like response when supported by the audio streaming app in use.

Summarily, pairing two Mini speakers results in an audio experience that’s much closer to the larger Nest audio gadget pictured above. But with stereo support and somewhat less bass response.

This also lets two speakers linked up to a TV work as a surround sound system, to a certain extent. So let’s take a look at how to make a speaker pair.

Pairing Nest Audio together really couldn’t be easier. And better still, this process will work with both Nest Audio and with Nest Mini Speakers, as indicated above. That’s provided you’re using the latter, non-Google-branded Nest Mini speakers. So if you’d like to pair those, this guide will work for that too.

You’ll first need two of either speaker type. Or any Nest audio gadget that supports pairing. Those will need to have been taken through their initial setup process individually. It helps if you’re in the same room as the speakers, as part of this process will ask which speaker is on the left and which is on the right.

After the initial setup process, Open up the Google Home app. Then scroll, as needed to select the first of the two speakers you’d like to pair together. 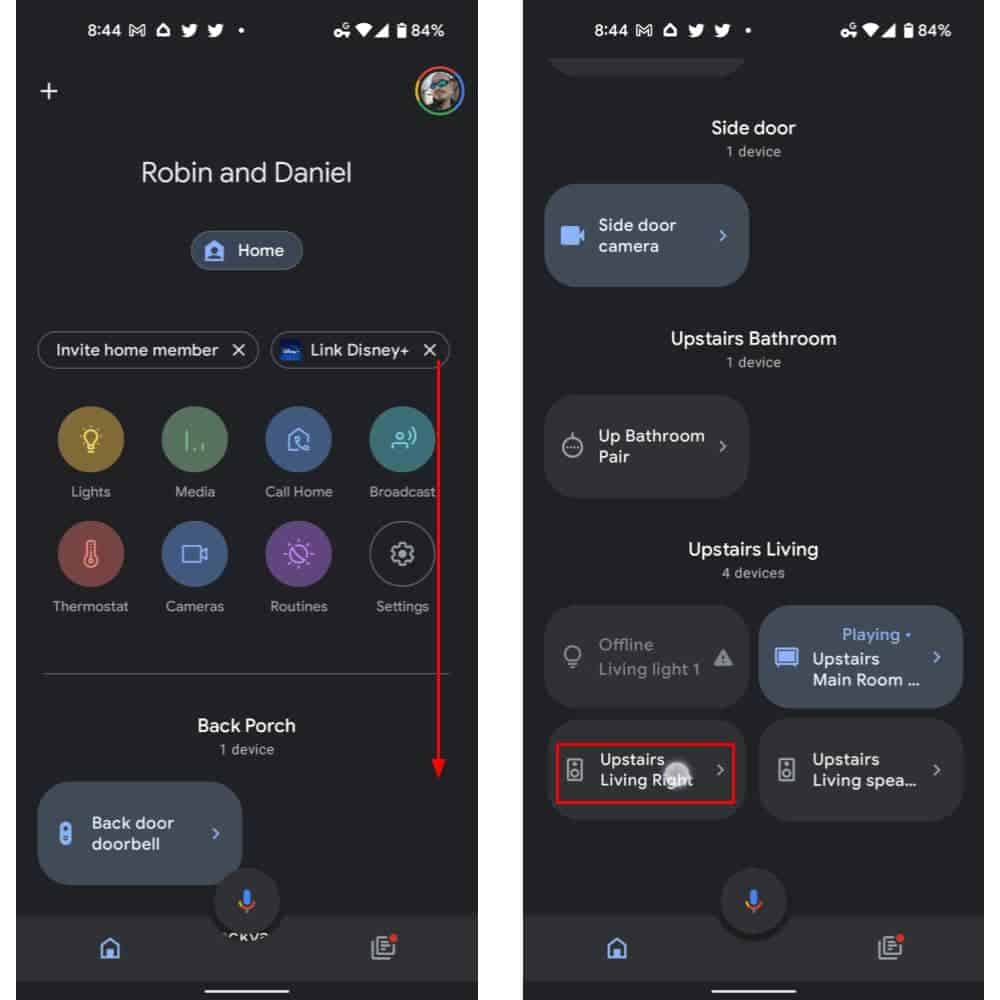 Next, select the gear or cog-shaped Settings icon at the top right-hand corner of the UI. Then choose “Audio” from the resulting list. 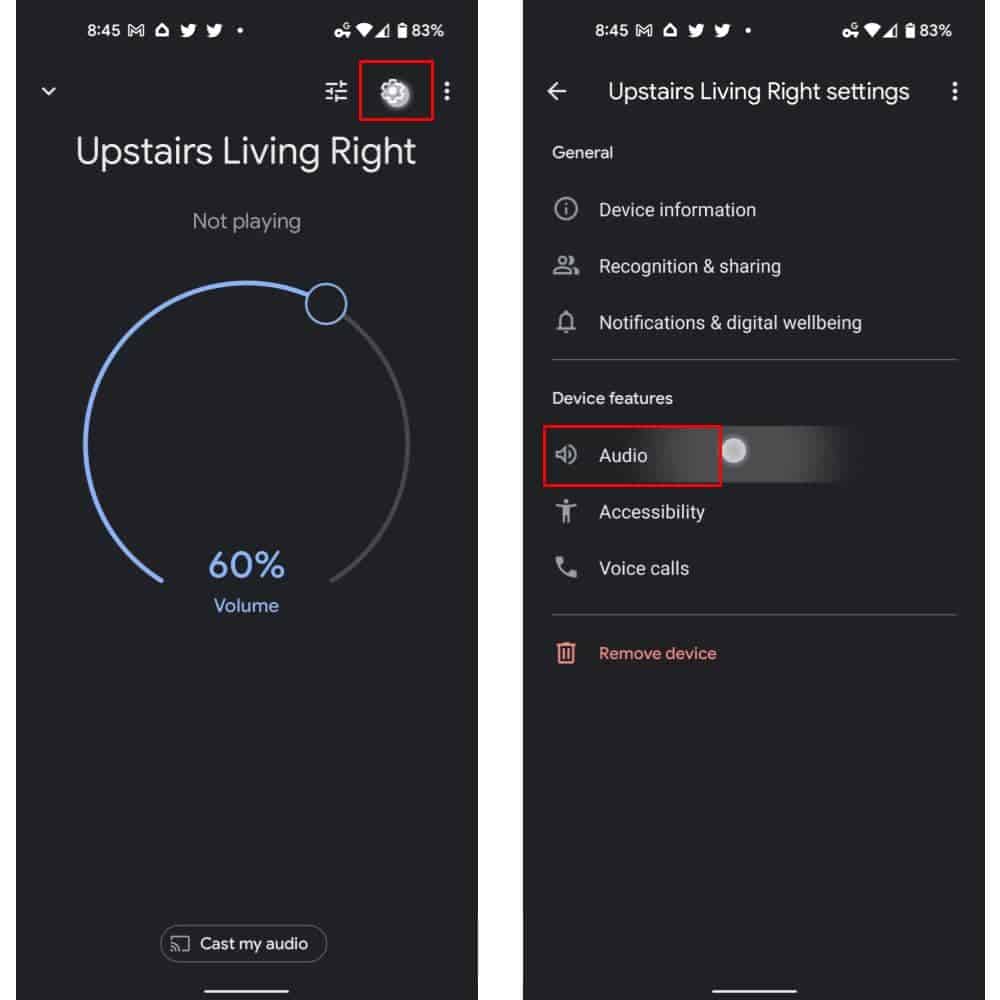 On the resulting menu page, select “Speaker pair,” located near the top of the menu. Google Home will provide you with a brief explanation of what a speaker pair does. Namely, broadening the soundstage for a more stereo experience with better sound delivery in terms of depth. Select the “Next” button at the bottom of the menu. 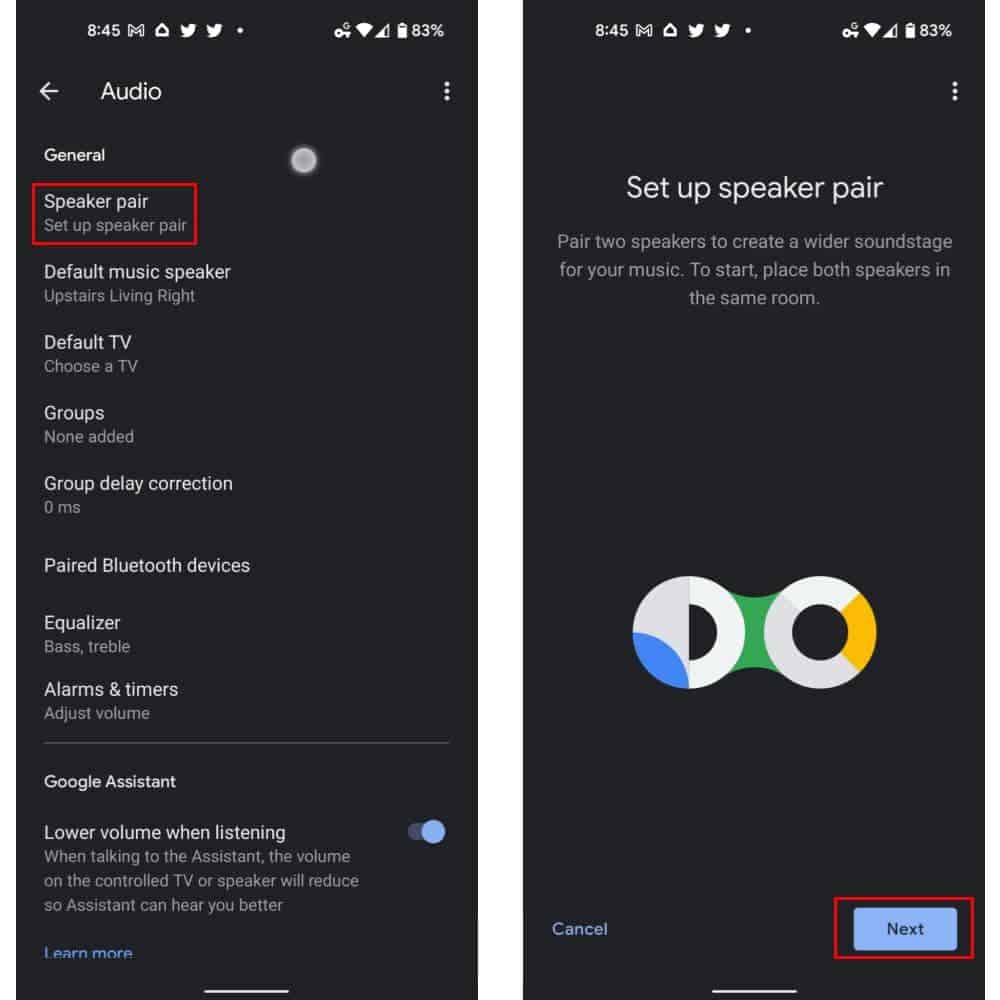 After selecting next, Google Home will automatically select a nearby compatible speaker. As shown in the images below, there was only one speaker for it to choose from — in the same room of the home. You can use the Google Home segment of this guide to move your speaker if one of them isn’t in the right room, preventing pairing. The process is the same in the Google Home app regardless of which type of device you’re moving.

If the incorrect speaker is automatically selected, choose the right speaker. The next page will allow you to select a configuration. That is, whether or not the speaker you’ve selected is on the right or left-hand side as you face it. The speaker will be making a noise and blinking but the menu doesn’t make it immediately apparent that a choice needs to be made. 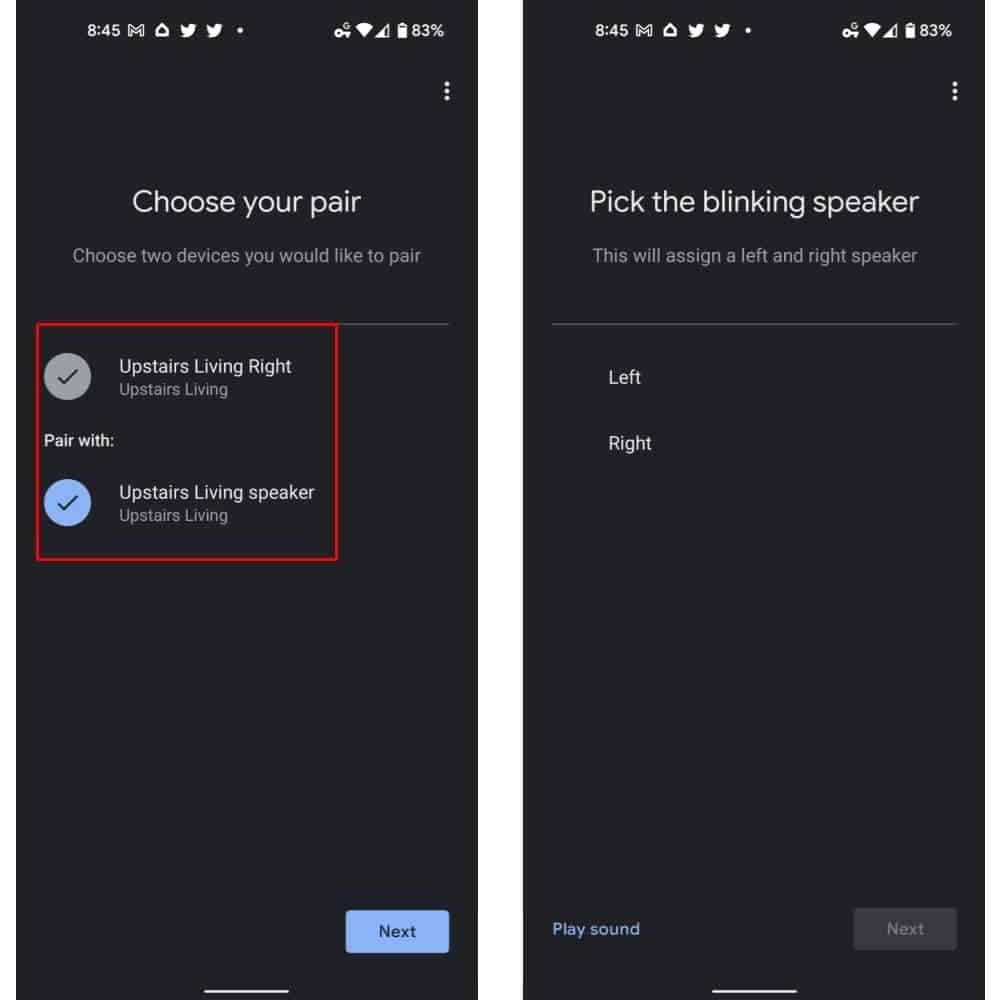 Select the proper placement for the speaker — right or left — and then select the “Next” button.

Google Home will then offer a chance to rename the speaker group. It’s always a good idea to choose something that’s logical and thus intuitive and easy to remember. So, as shown in our sample image below, we’ve opted for “Upstairs Living Pair.” 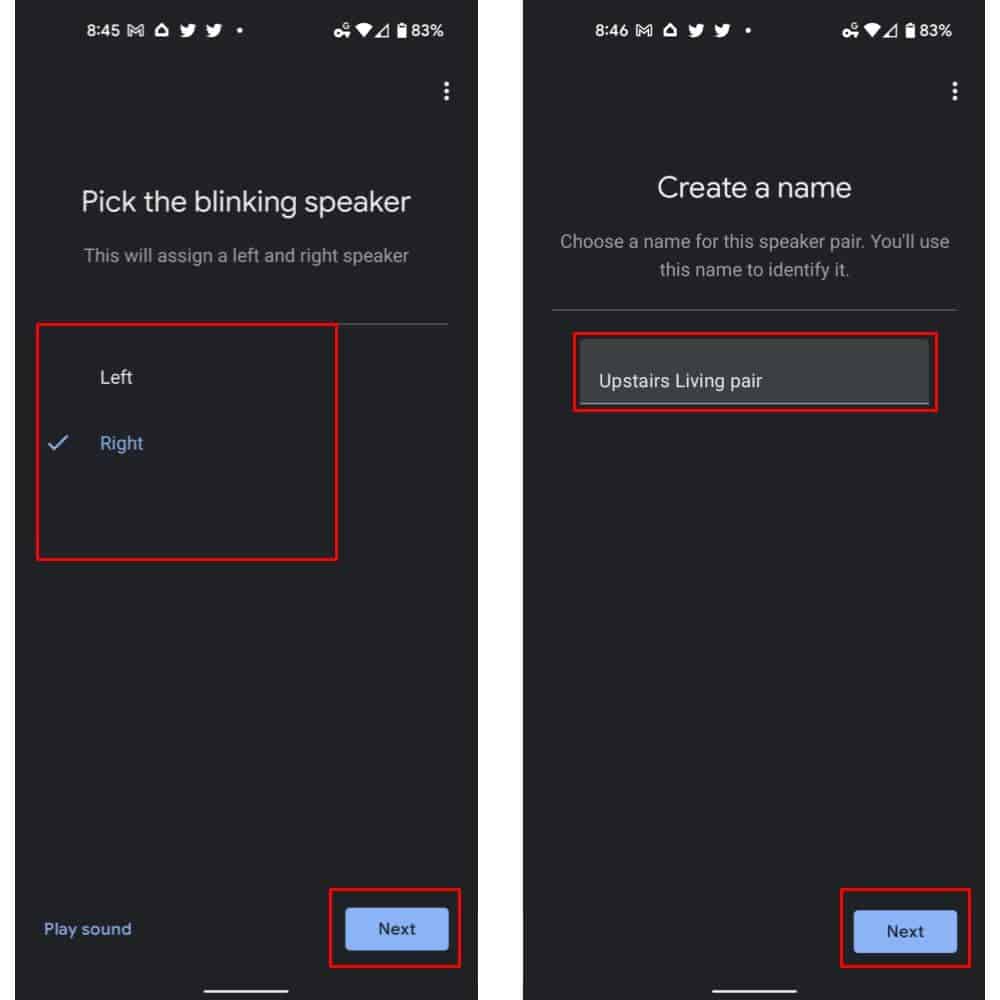 Google Home will then briefly show an image stating that the pairing is taking place. It’s a good idea not to back out of the setup at this step or you may need to reset your speakers since some settings may not have applied properly. After it’s finished, it will inform you that the process is complete. Your Nest Audio or Mini speaker pair is ready. The entire thing should take well under a half-minute.

Select “Done” to finalize the process.

Now, if you scroll back to the speakers in your list, the app will display them as a single device. In our case, titled “Upstairs Living Pair.” 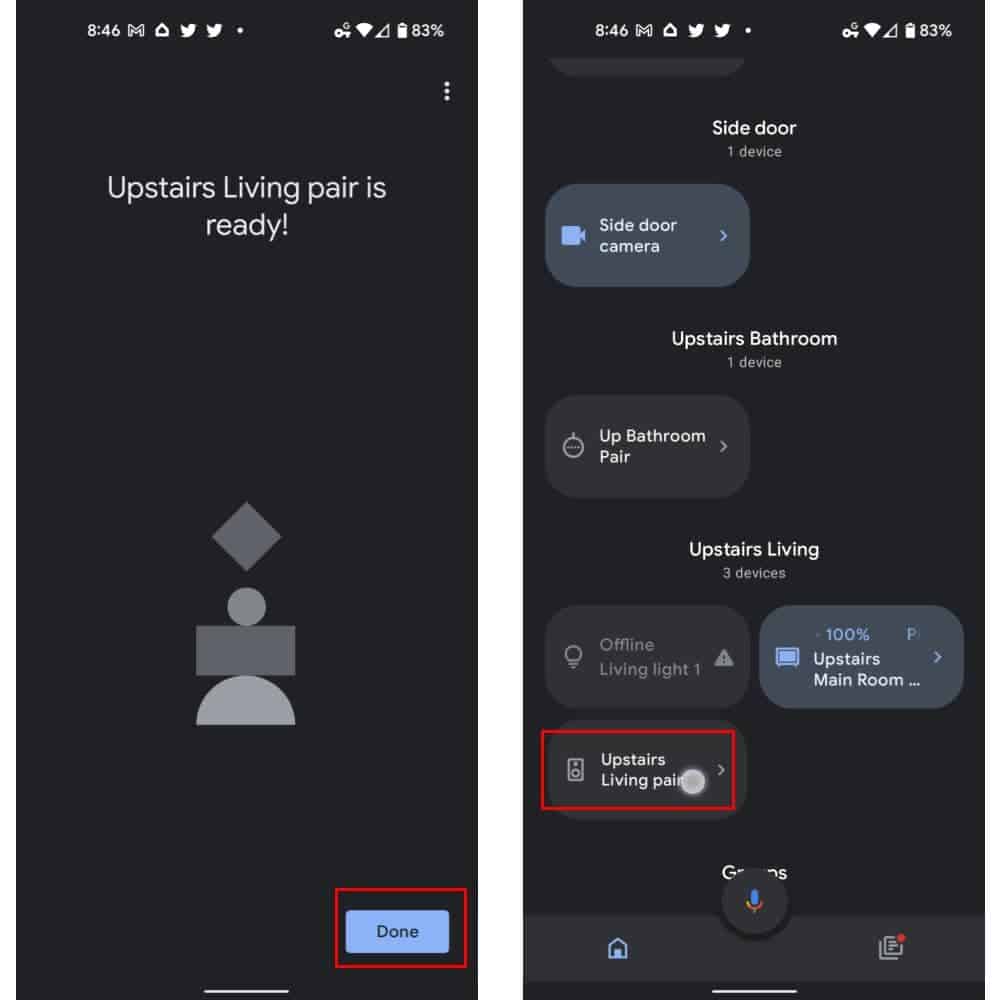