But first, let’s talk about what exactly Android Automotive is. Essentially, it’s Android Auto, but without your phone. So with Android Automotive, the entire car’s infotainment system runs on Android. It’s going to look familiar to those that use Android of course. But this means that Google Assistant is on-board, along with Google Maps and/or Waze for navigation instead of some mapping solution that the car maker put together. Which results in a much better experience.

With that said, let’s get right into how to install apps on Android Automotive vehicles. For this particular tutorial, we are using the Volvo XC40 Recharge. This should be the same across all of Volvo’s vehicles, but it may differ on other car makers’ vehicles.

How To Install Apps On Android Automotive

To get started, hit the icon in the lower-left corner of the screen. It will look like four squares.

Next, tap on the Google Play Store.

Once you enter the Google Play Store, you will see different categories of apps. Like “Stay Informed” or “Stream your Favorites”. Like regular Android Auto, the app selection here is very bare – even more-so than Android Auto.

Tap on an app or search for the app you’re looking for. 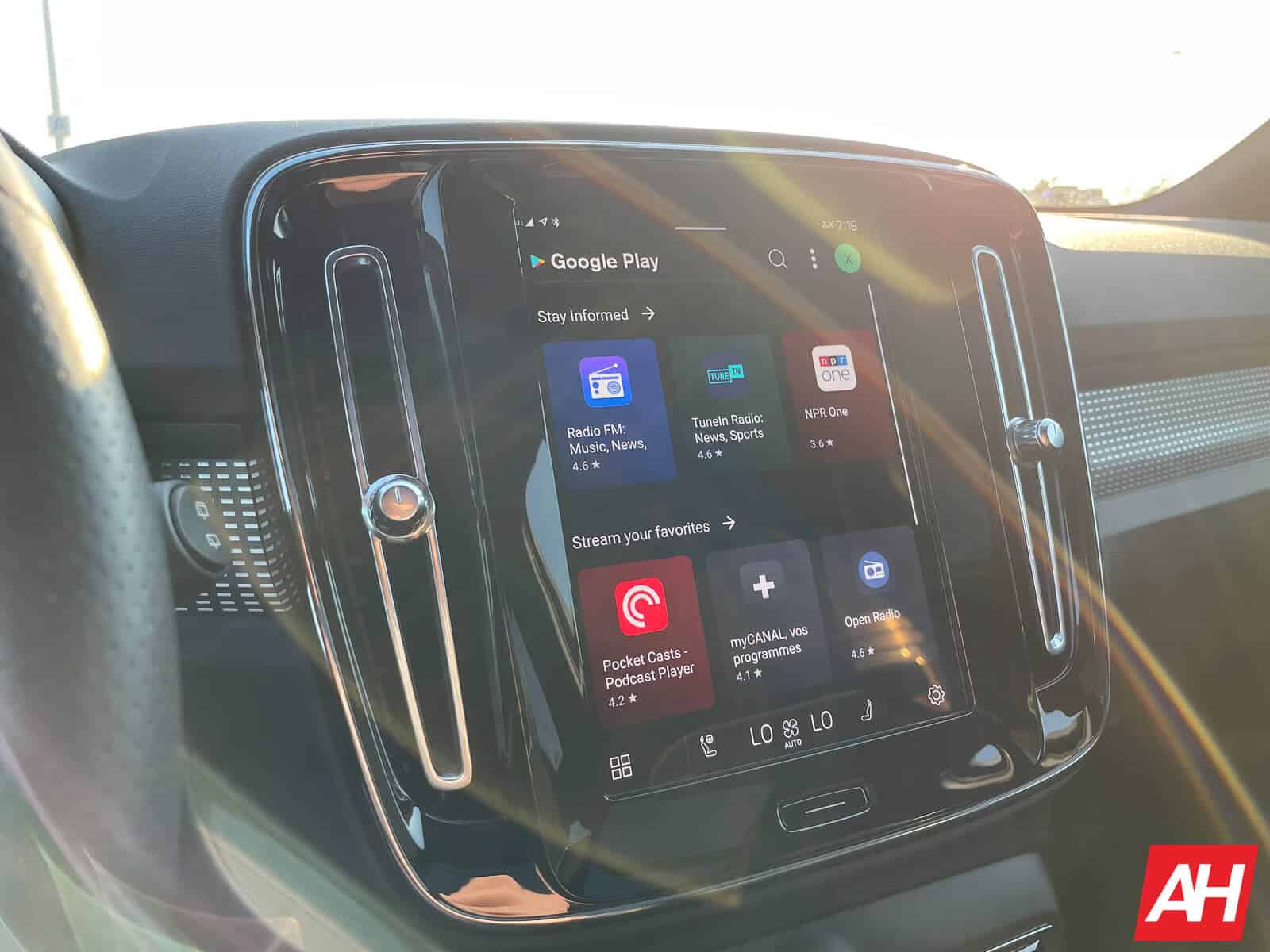 Now, tap on “Install”. Depending on your vehicle’s WiFi connection, this might be a bit slower than you’d expect.

The app will be installed within a few minutes.

To find the app, hit the four squares icon in the corner again. This is basically the app drawer on Android Automotive. The app drawer is a bit strange, but it appears to sort apps by navigation, then media, then your phone, with Google Assistant and Car Status at the bottom. It’s not the best layout but it works.

And that’s about it. Keep in mind, that the apps available for Android Automotive are very limited right now. But we expect that to change as more vehicles adopt the software. Since apps that work on Android Auto do not work with Android Automotive, you’ll find quite a few that don’t work here – Apple Music and Amazon Music are two examples of that.