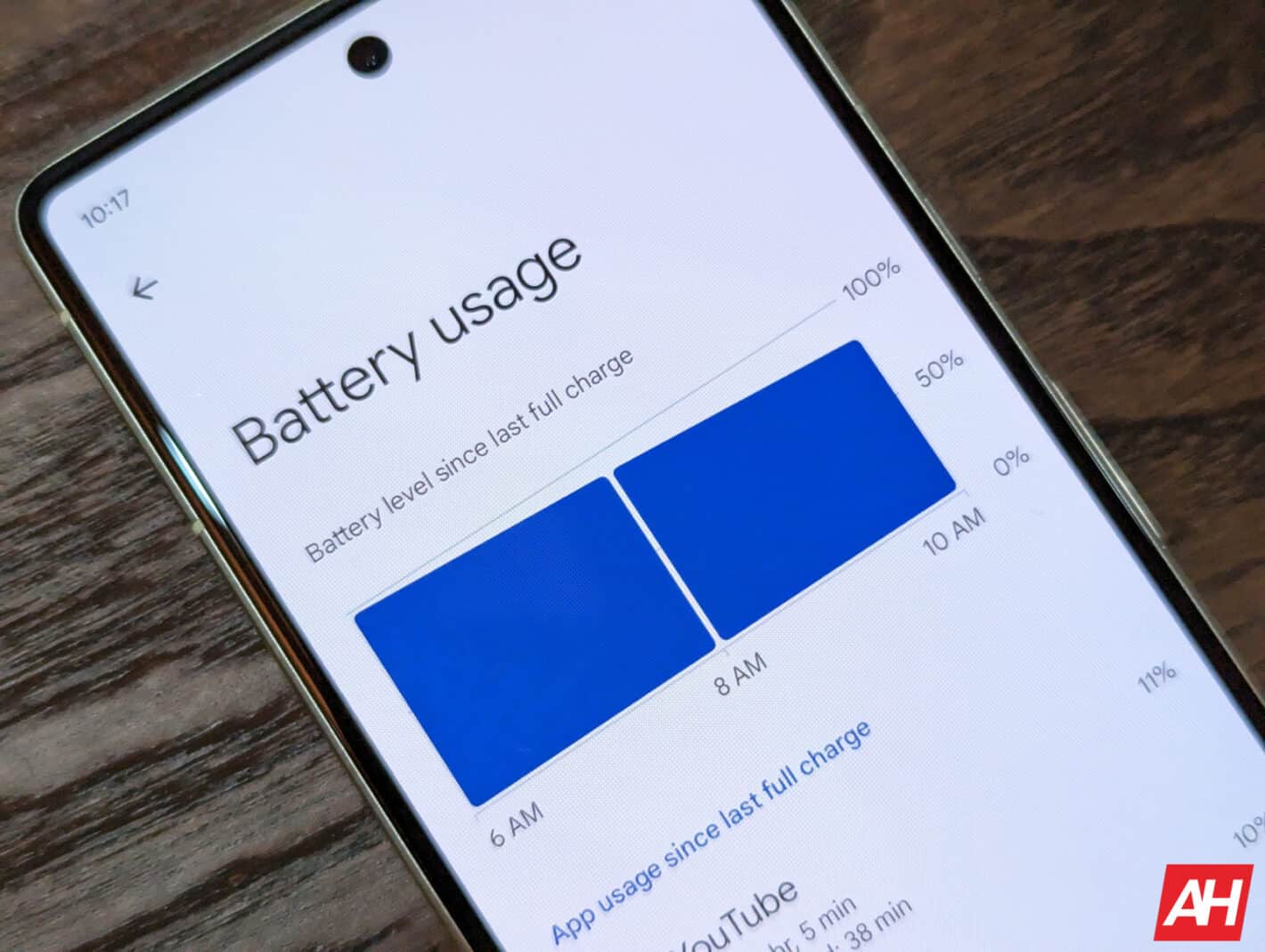 Battery life on the Google Pixel 7 series isn’t the best, but it’s also not the worst. For most people, it’s going to get you through the day without any issues. But if you need a bit more juice, here are some tips you can use to get more out of your battery life. 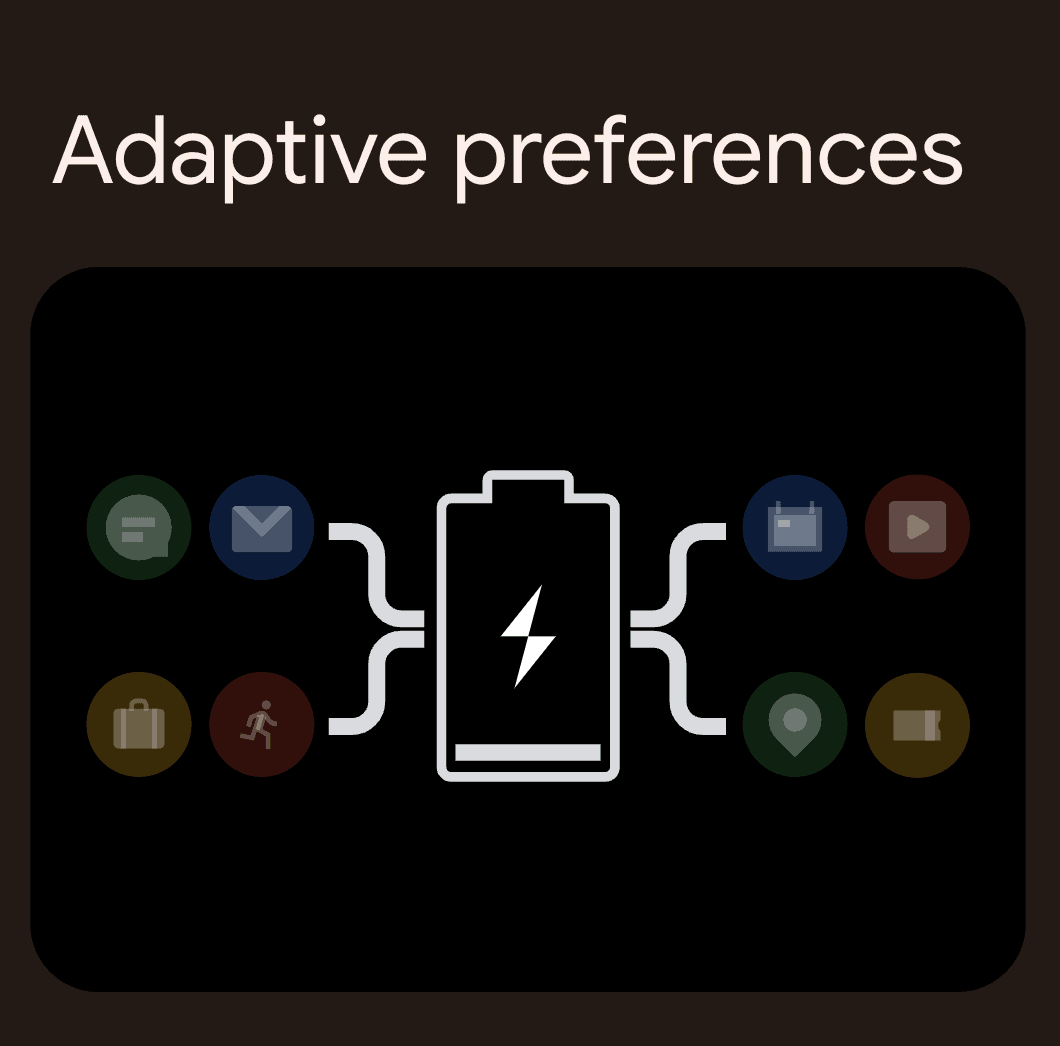 The first tip here is going to be Adaptive Battery. It’s a feature on Pixels that allows the phone to learn how you use it, and greatly extend battery life. This is done by limiting apps when you don’t use your phone, and also limiting the speed of the processor. We’ve gone over how this feature works here.

But it’s good to keep in mind that the Adaptive Battery doesn’t do much for the first week or two. Your phone needs to learn how you use it, which takes about two weeks. After that, you’ll find that the adaptive battery has started to kick in. And in some cases, it can really extend the battery life of your Pixel 7. 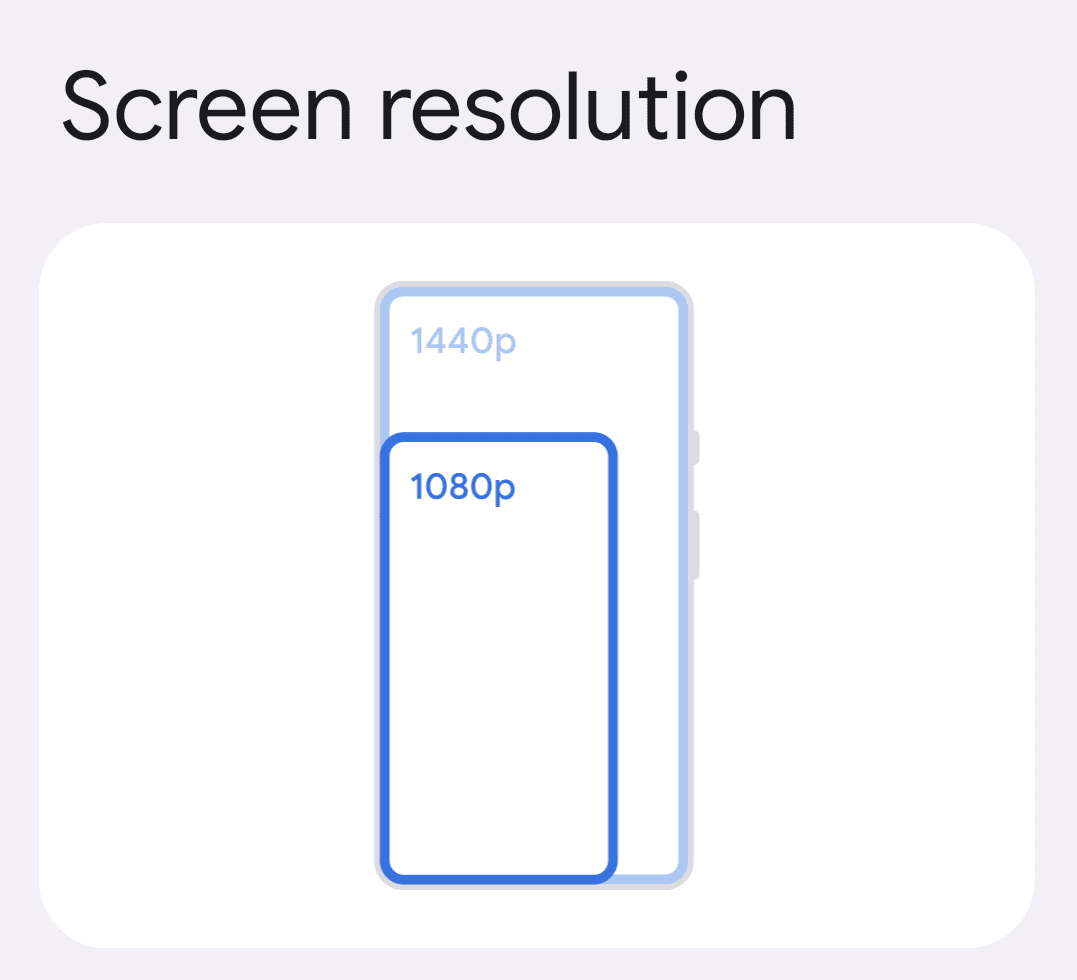 Next up is the screen resolution. This is only available on the Pixel 7 Pro, since the Pixel 7 is already FHD+ anyways.

Out of the box, Google has the Pixel 7 Pro set to FHD+ resolution, so this tip really only applies if you’ve changed that option to QHD+. But you can change it back to FHD+ which will conserve some juice on your battery. That’s because it isn’t lighting up as many pixels. Which is really good for battery. 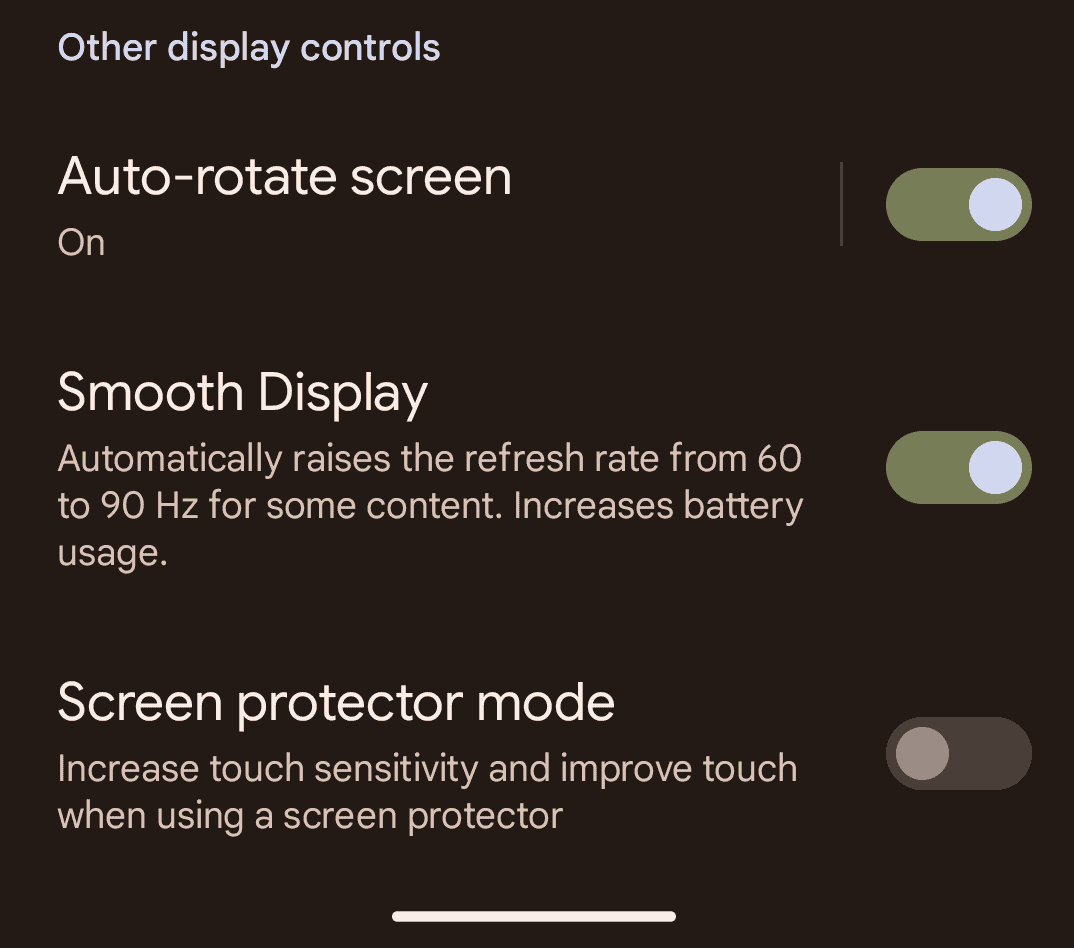 In my testing, on both the Pixel 7 and Pixel 7 Pro, I was able to get about 1-2 hours of screen on time, over the 5-6 hours I was getting with it on. So if you really need to squeak out a bit more juice, this is a good way to do it. 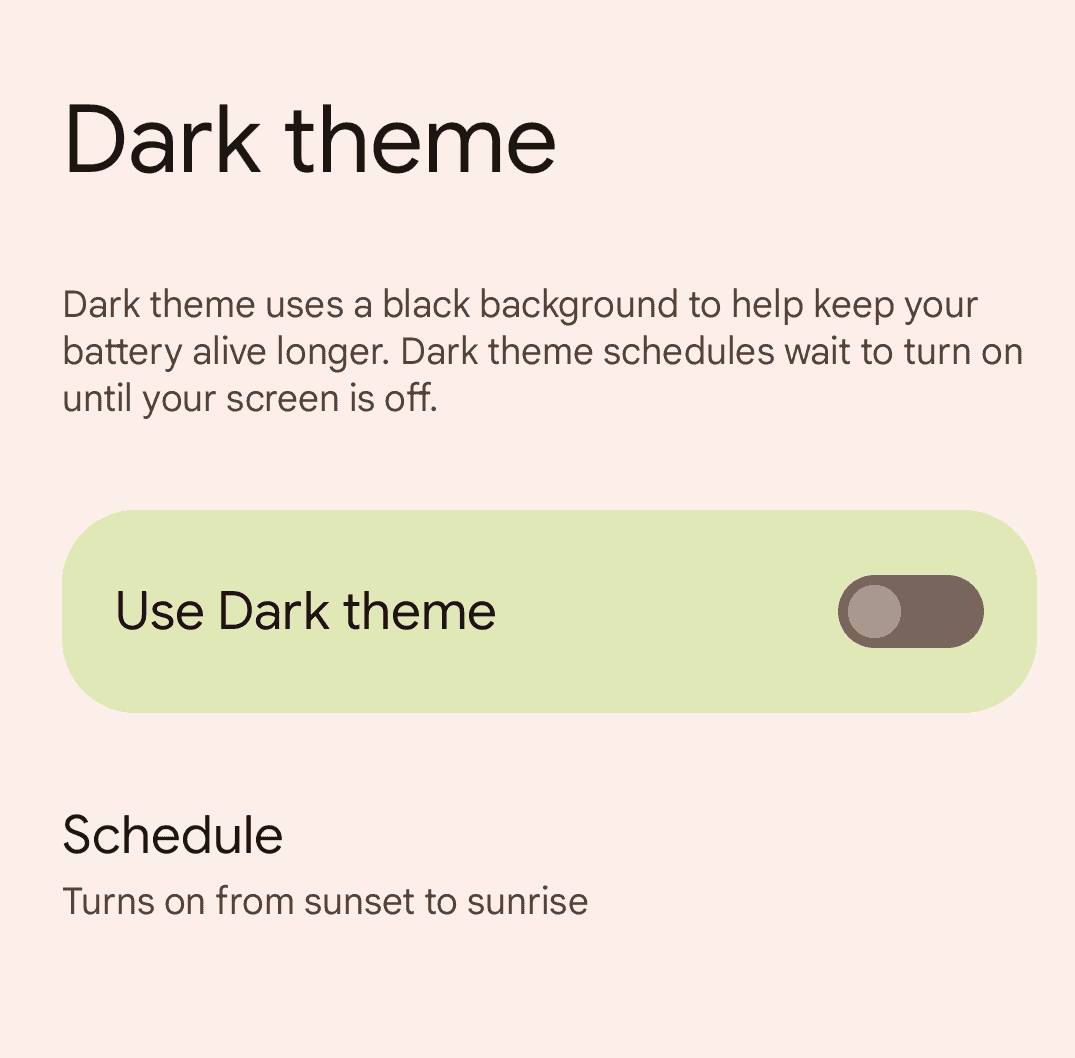 This tip is kind of common sense at this point, and a lot of people use the Dark Theme already. But basically, if you turn on dark theme, you should get more battery life as well. Why? It’s simple. The Pixel 7 and Pixel 7 Pro both use an OLED display. Which means that each individual pixel is lit up. Brighter colors use more juice, versus dark colors, especially black. In fact, some studies from Google have shown that white pixels use over 50% more battery than a black or even dark gray pixel on an OLED display.

I wouldn’t recommend using the dark mode all the time. As it makes it tough to see outside, particularly in direct sunlight. But instead, use the schedule feature. So for myself, I have it set to light mode during the day from sunrise to sunset, and then at sunset it turns to dark mode. This is a good schedule because usually after sunset it is darker, even if you are at home. There’s less light coming in from the windows and such. But you can also do your own schedule here too. 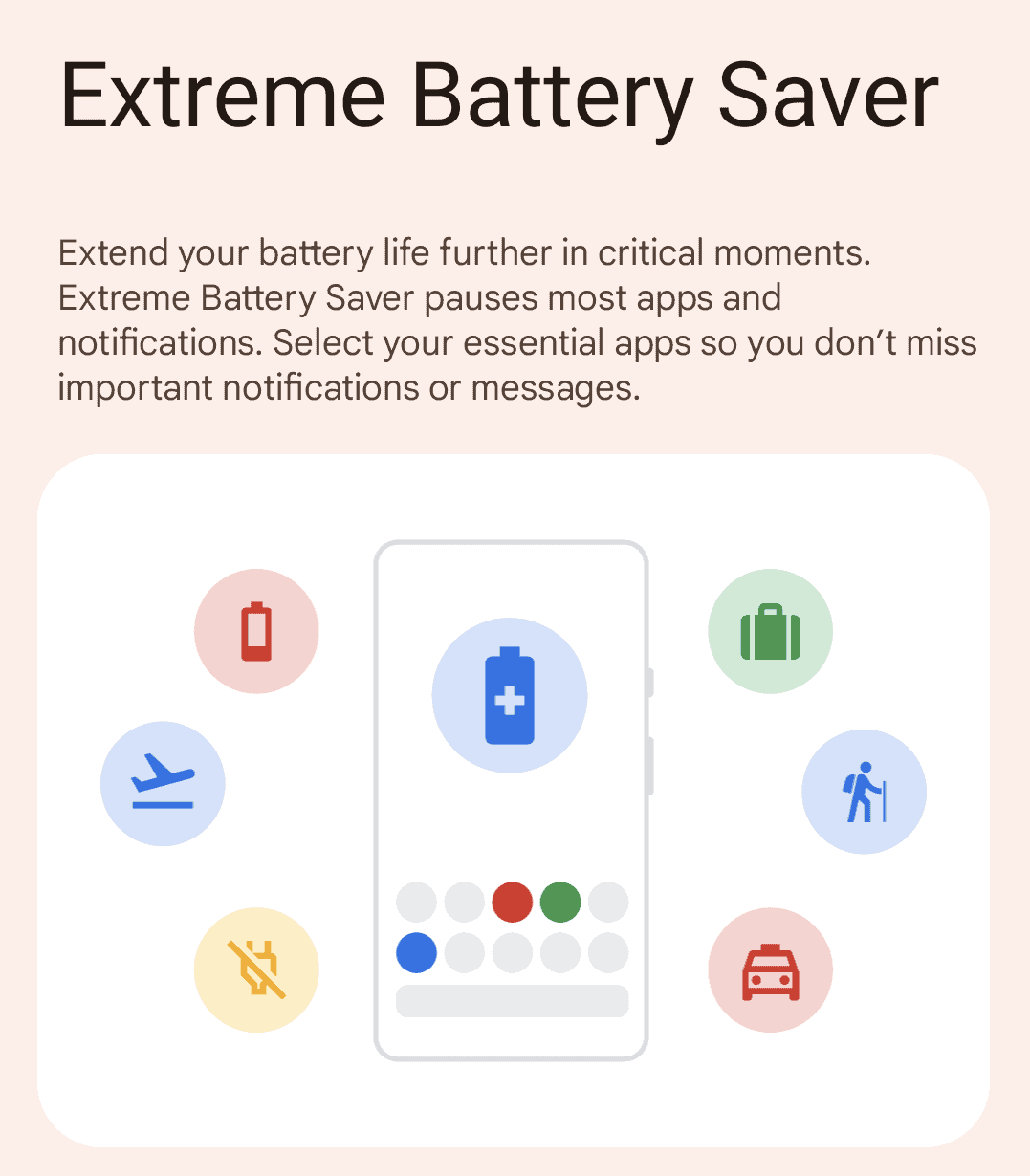 This tip is really only meant for those times where you won’t be near a charger for a while but your phone is running low. That’s because Extreme Battery Saver will turn off basically everything on your phone. And while Google says it can last 72 hours in that mode, that does make your smartphone a lot less “smart”. So it’s recommended to only use in a pinch.

Finally, it’s a good idea to restart your Pixel 7 every once in a while. Think of it as a good reset for your phone, and that often times can fix a lot of things. Including battery draining apps.

As always, battery life is going to depend on what you do with your phone. Are you on WiFi all day? Do you watch a lot of videos? Do you send a lot of texts? Etc. While I am getting pretty good battery life out of my Pixel 7, that might not be the case for everyone else. So these tips will help you squeak out a little more juice from your phone and make sure it can last you the whole day.

The most important tip here is definitely Adaptive Battery. It is on by default, but some people tend to turn it off, don’t do that. It can only help your battery life, and not hurt it. In fact, in some cases, it can really help battery life.