So you’ve got a traditional gaming PC or console but you’re interested in NVIDIA GeForce NOW, however you’re not quite sure how to set things up and get started with playing games.

Not to worry. Starting up with GeForce NOW is a pretty quick and painless process and this guide aims to walk you through the steps of what to do. Now that GeForce NOW is out of the beta status (the Android app is still listed as a beta, however the service itself is not) and has moved onto a fully-fledged service, it’s easier than ever.

NVIDIA GeForce NOW: What it is & how to get started

NVIDIA GeForce NOW is a newly available cloud gaming service (outside of the closed beta that was running for a while) that lets you access your existing library of games. You can stream games from the cloud using NVIDIA’s servers and play those games on multiple devices.

Be it a PC whether it’s a desktop or laptop, a mobile device like a smartphone or tablet, and even the NVIDIA SHIELD TV. Essentially you can take your games with you and play them no matter what. So long as you have internet and a compatible device. And don’t forget the controller.

The service is somewhat similar to options like Stadia, though the model for how games are accessed and entirely different. The major similarity is that they’re both cloud gaming services.

First things first, you’ll need to join the service and create an account. On a side note, you should already have an account if you have an NVIDIA account for things like GeForce Experience, which lets you update your drivers for an NVIDIA GPU.

If you don’t have an account, you’ll end up creating one through this process as you’ll be asked to do so by NVIDIA.

Join the GeForce NOW service and pick your plan

There are two types of plans available. One of them is the free tier and will cost you no money. This will however limit your gameplay. The free tier gives you standard access, which means you don’t have priority if there are too many people trying to connect and play at the same time.

It also limits you to one-hour session lengths. So once you connect you can play for an hour and then you’d have to re-connect to continue playing, which would bump you back to a full hour of play time. Lastly, you get the service for free for 90 days, after which it will revert to its $4.99 a month cost. To get started with joining head to the NVIDIA GeForce NOW website. 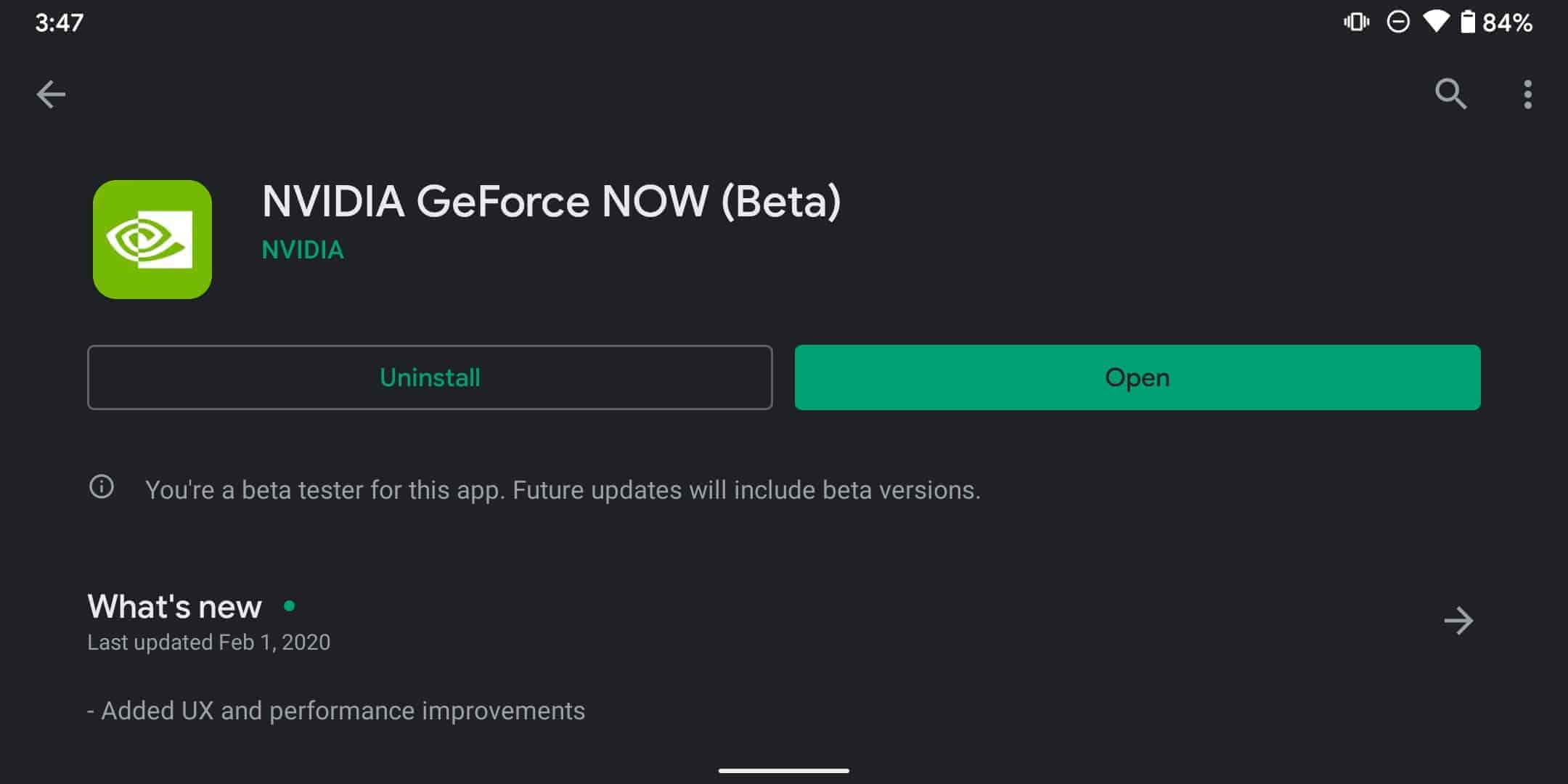 Once you’ve joined the service with your chosen tier, and have created an account, you’ll need the app on your device.

If you’re playing on an Android smartphone or tablet, you can pick up the app from Google Play. Install it, and then proceed to launch the app and get logged in so every time thereafter you can jump straight to playing games.

Of course, you’ll also need to link the games that are part of your library. Remember GeForce NOW pulls from games you already own. Whether you purchased them from Steam or elsewhere.

Find games and add them to your library

GeForce NOW has a pretty wide selection of games. Not every single game you own on any given platform or service is listed though.

For example, I own both Wolcen (a newly released isometric action rpg) and Aragami (a stealth action game where you play a ninja assassin) on Steam, but neither of those games are in GeForce NOW.

More recently games from Activision Blizzard were removed. The point being not every single game ever released in any of the PC store fronts is listed. That said a good majority of popular titles are. Including some newer games like The Division 2, Borderlands 3, Greedfall, Remnant: From The Ashes and more. Adding your games to the library will allow you quicker access. Which means more gaming and less scrolling and typing.

Here’s the hidden bonus. Any games which GeForce NOW doesn’t list, such as Aragami and Wolcen, are really still playable. At least this is the case for Steam. Because the way NVIDIA’s service accesses Steam is just through the Steam Remote Play feature.

I was able to tap on Destiny 2 in GeForce NOW. Then once Steam loaded up, I simply backed out of that game and into the Steam Big Picture mode. Then proceeded to access the rest of my library. Aragami booted up just fine even though it isn’t listed as a game in GeForce NOW.

The takeaway is this. If you’re using this service to access Steam games, you should still be able to play anything in your library.

Connect a controller to your device

The last step you’ll really need to worry about is connecting a controller. Technically, you don’t really need to do this. For Steam access through GeForce NOW there’s a digital set of controls. But these will probably be a horrible experience, or at least worse than a physical controller.

I used a Sony DualShock 4 controller just like with Project xCloud and it worked just fine for playing Destiny 2. Save for the fact that I’m not used to a controller anymore in that particular game.

One other thing to keep in mind is that not every game will support controllers. Some will require a mouse and keyboard. So unless you have a Bluetooth setup for those to connect to your phone, you may not be able to play those games in GeForce NOW.

If you have made it this far, then all you need to do to get things going is complete. Worth noting is that once you login to any of the store fronts GeForce NOW supports the first time, you won’t have to do it again.