LastPass has been in the news a lot lately. Part of it is changes it has made to its service, that go into effect next week. While others are from research showing some of the shady practices that LastPass have used.

Firstly, on March 16, LastPass is going to force you to use one device type for LastPass on the free account. Which means you can only use it on mobile, or only on desktop and not both. Now to be clear, the problem isn’t the fact that LastPass is charging you now. The bigger issue is the many trackers that LastPass uses.

That’s the other issue, and perhaps the biggest issue for those that are currently using LastPass. Now, most password managers do use trackers, but they are one or two. Mostly used for analytics and for app crashes. But LastPass used nearly seven, according to recent research. Which is a big deal, especially for something holding onto such private data like all of your passwords, credit card numbers and more.

Which is why it’s a good idea to leave LastPass and head for higher ground. You can check out our list of the best password managers here.

How To Export Your Passwords from LastPass

Exporting your passwords from LastPass is quite simple actually. First of all, open the LastPass website, or click on the extension in your browser. 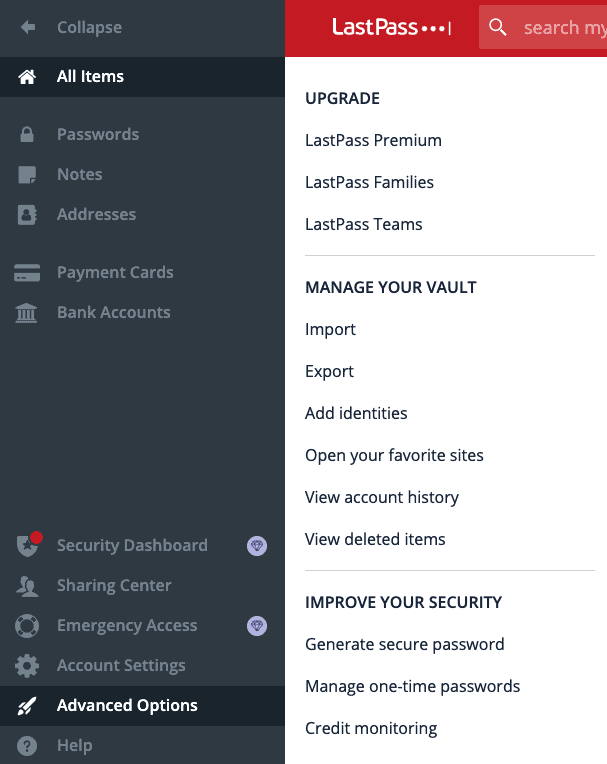 Now you’ll see an option under “Manage your Vault” for “Export”. Click on that.

Here you’ll be asked to provide your Master Password again. That is to confirm it is you and not someone else.

Then you’ll be taken to your spreadsheet. Which you can then import to another service like NordPass, or even Google.

And that’s it. You can now leave LastPass before it starts charging you to use it.