This week, Google announced that Google Photos (along with Google Docs) would no longer be free, and start counting against your storage in June 2021. This was met with a bit of anger from users, as you might expect. Since Google's big selling point for Photos was the unlimited high quality photo storage. This has led many people to want to leave Google Photos and head to an alternative, like Amazon Photos, Dropbox or something else.

But the big question is, how do you take all of these photos from Google Photos and move them elsewhere? Thankfully, with Google Takeout, Google Photos and all of your other Google information can be downloaded fairly easily. So today, we are showing you how to do just that.

How to export your photos from Google Photos

Firstly, head to Google Takeout using a web browser (on desktop or mobile)

Make sure that you are logged into the correct Google account. If you use several Google accounts, you may need to switch to the proper one.

Next, select "Deselect all" if you only want to grab your Google Photos. Then scroll down to the Google Photos section and select that.

In the Google Photos section here, you can select which albums you want to export. So if you only want to export certain albums, that is also possible. This will also tell you what formats you'll be able to export. 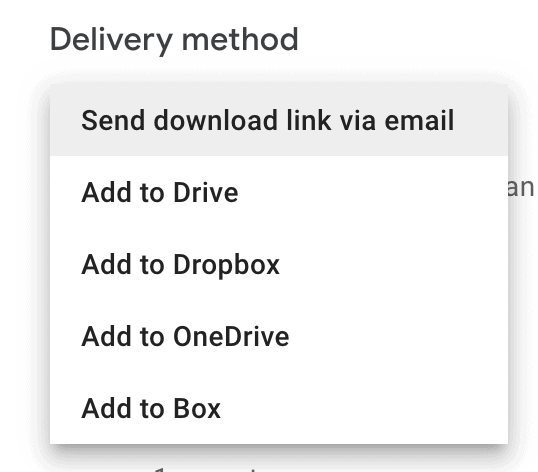 Next, you'll be asked how you want the data to be delivered to you. The default option is via email. But you can also choose to send it to Google Drive, Dropbox, OneDrive, or Box.

This dialog will also ask you about frequency. There are only two options here, either once, or every two months for a year (for a total of six exports). The latter is better for those with hundreds of thousands of photos in Google Photos. As those will take some time to download.

Next you can choose the File type and Size. Whether you want it to be a .zip or .tgz file, and you can select u to 50GB file sizes. Over 50GB, it will be broken up into separate downloads. Though the default here is 2GB. 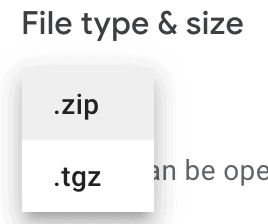 On this page, you are able to see the progress of your export and even cancel the export if you wish to do so. Depending on how many photos you have in Google Photos, this could take quite some time. For example, I did this while writing up this how to, and it still has not finished. Though I do have over 30,000 photos and videos uploaded to Google Photos, so that was to be expected.

Advertisement
Trusted By Millions
Independent, Expert Android News You Can Trust, Since 2010
Publishing More Android Than Anyone Else
21
Today
123
This Week
500
This Month.
500
This Year
110671
All Time
Advertisement