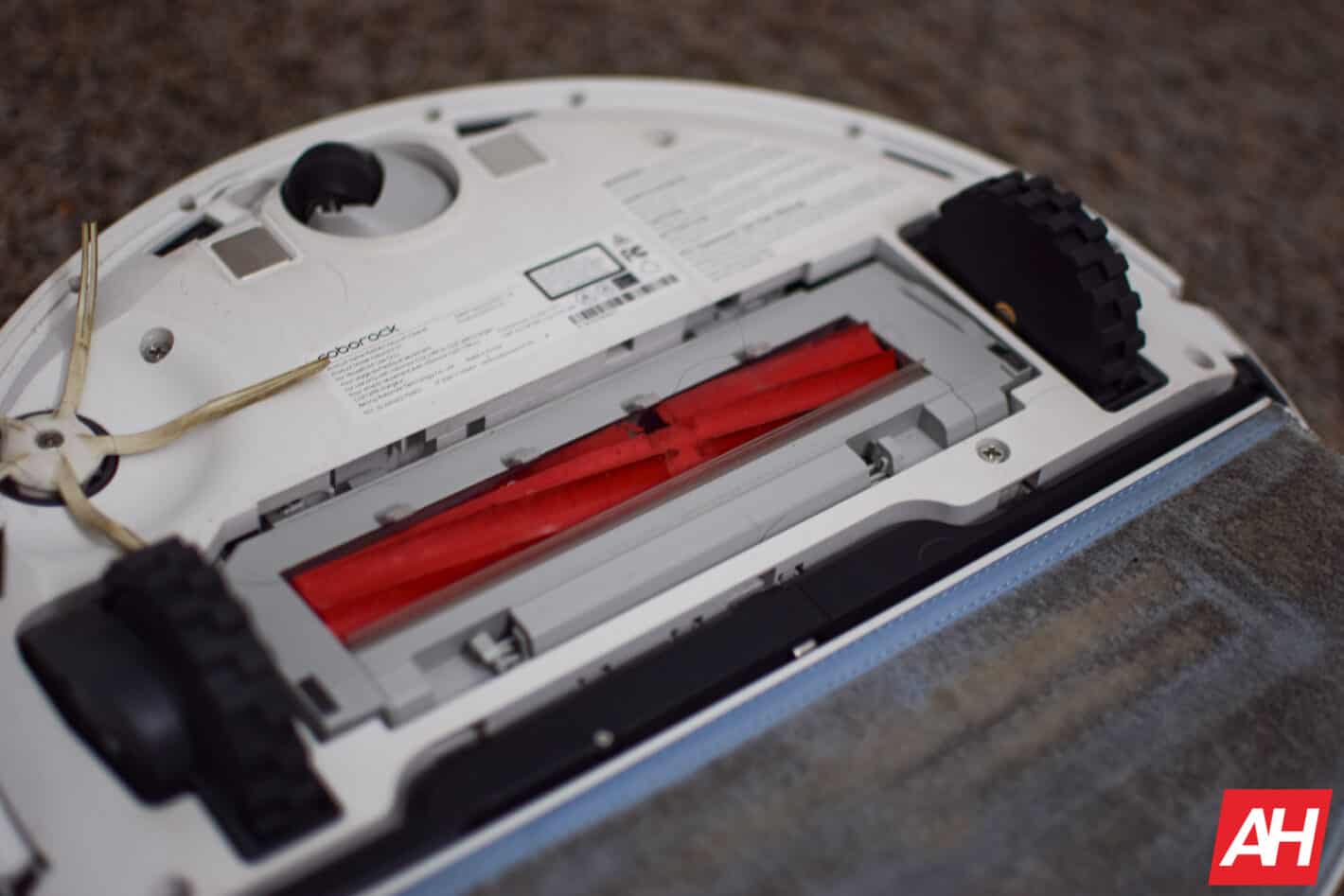 It’s almost more important to clean the floating brush more often now that it is rubber, as hair can get tightly wound around the brush and rip the rubber off. As you can see in our Roborock S7 unit. It doesn’t affect the cleaning ability of the Roborock S7 yet, but it could if it gets more damaged. Which is why it’s good to do regular maintenance and cleaning the brushes regularly.

How To Clean The Floating Brush

First, you’ll want to flip the Roborock S7 over.

Next pinch the two levers on the backside of the cover that is over the floating brush. Then remove the cover.

Now the brush should just pop out. 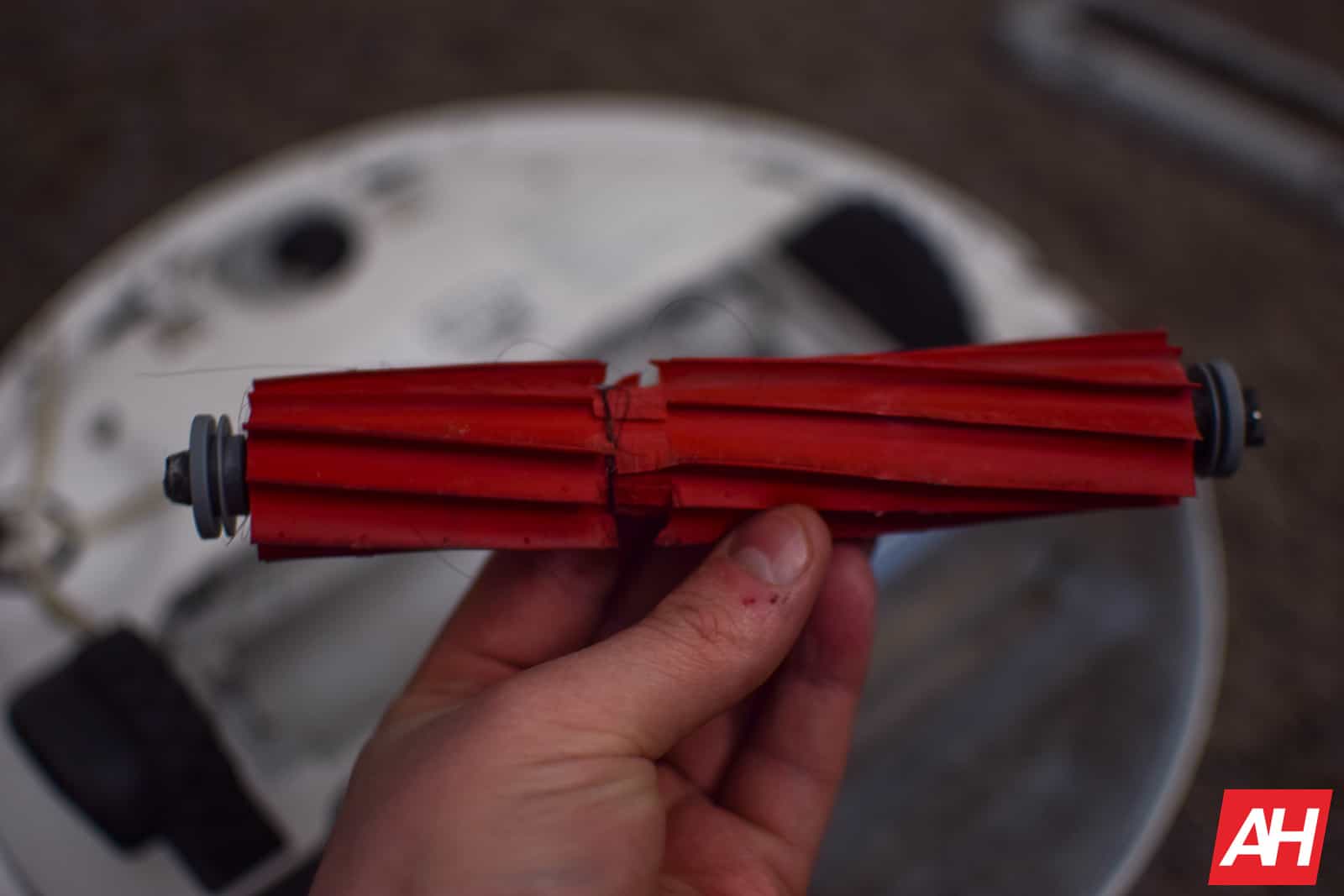 On the brush, at one end you’ll see the black end cap, along with a gray support there. Twist the gray support and then pull. Both will pop off and you can get all of the hair and other debris that are stuck, off. 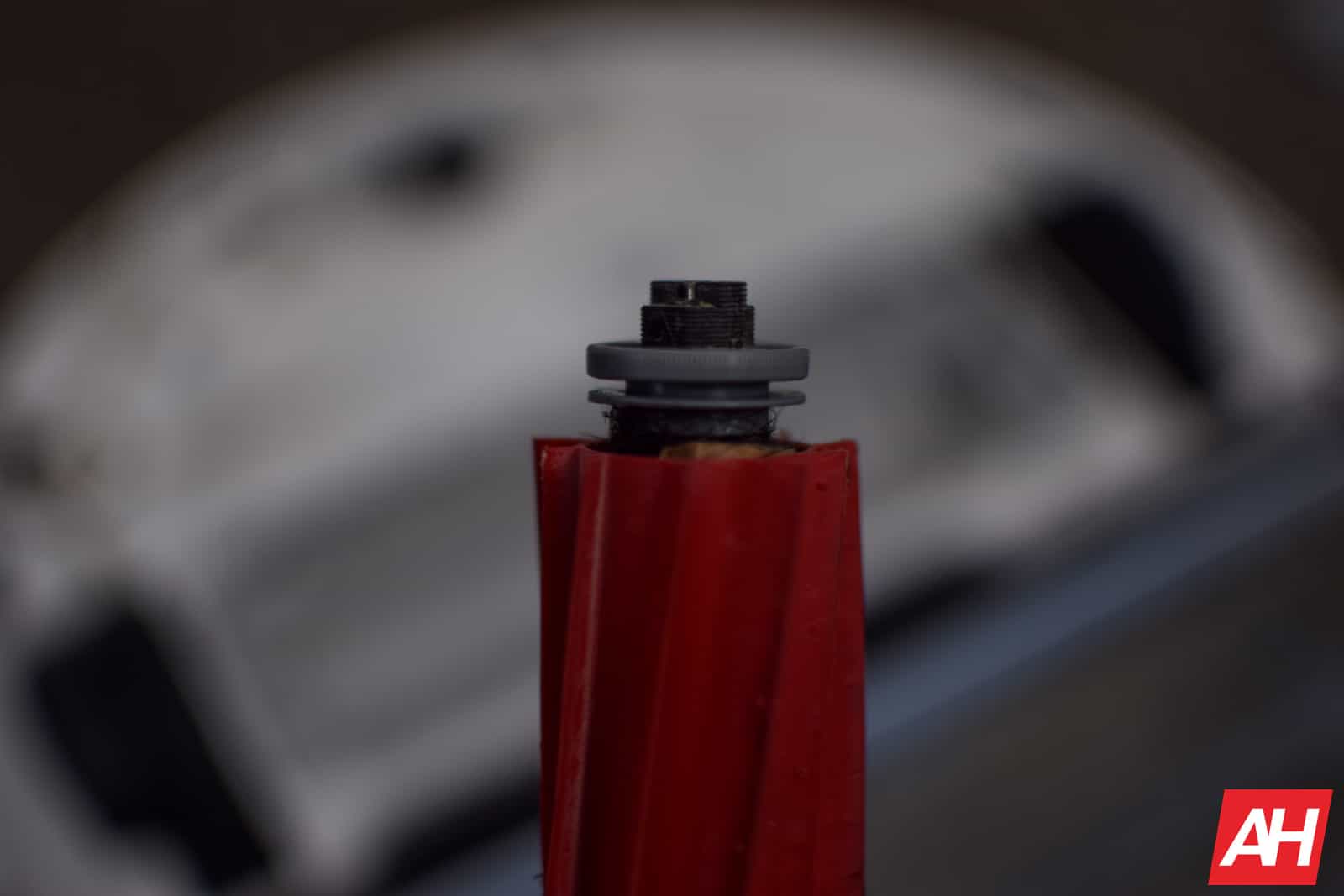 Now pop it back on, and repeat the steps above in reverse.

And it’s just that easy to clean the brush on your Roborock S7. It’s a good idea to do it pretty often as that will keep your Roborock robot vacuum running in tip-top shape.

If you ever need any replacement parts, like a new floating brush, side brush or even a filter, you can grab those off of Amazon. The good thing with Roborock, is that the parts are virtually the same for every vacuum. The only difference is the S7 using the rubber brush now. That makes replacing these parts very easy.