Let’s face it. We all get a ton of calls from unknown or private numbers that are usually spam calls. They waste our time, and in some cases can cost us a lot of money. While carriers and tech companies have worked to combat these calls, they still get through. As the spammers are working harder to get around them.

Thankfully, Google has included a pretty cool feature that is going to help you block those unknown calls so you won’t be disturbed any longer. That is, until spammers learn about this feature and start calling from a regular number and not an unknown number.

This feature should be available on any Android smartphone running Android 6.0 or later. However, depending on your phone, the options might be different and say different things. But the general gist is the same.

So without further ado, here’s how you can block unknown calls on your Google Pixel (and other Android phones).

How to block unknown calls on Google Pixel

To block unknown calls from disturbing you on your Google Pixel smartphone, first, open the Phone app.

Now, tap on the three dots in the upper-right hand corner.

From there, tap on Settings. 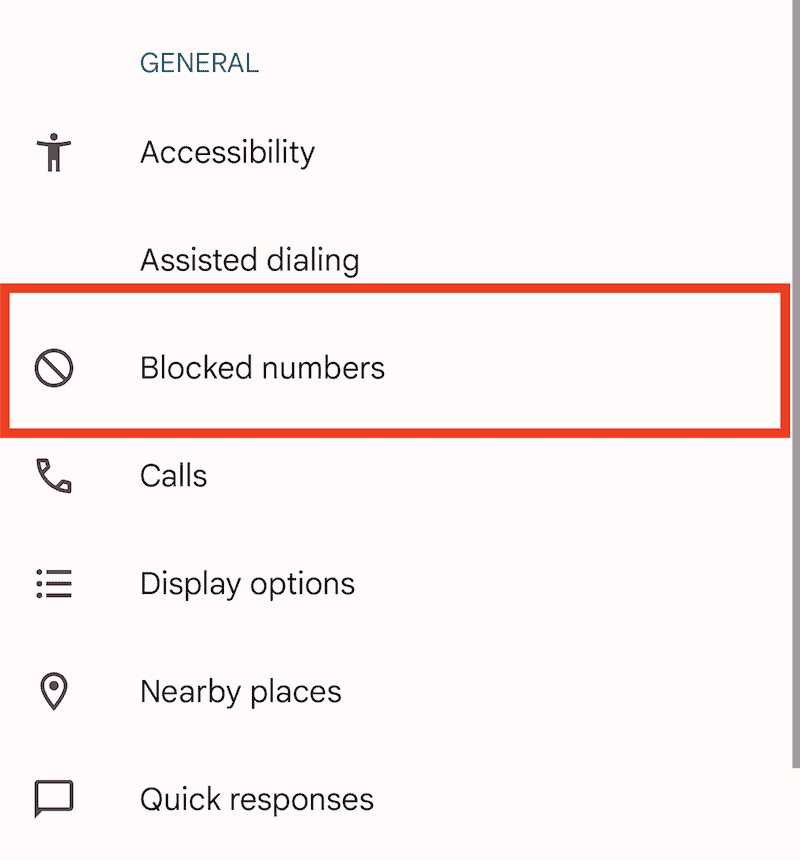 Next, tap on Blocked Numbers.

Here you will see all of the numbers that you have blocked. As well as an option at the top that says “Block calls from unidentified callers”. Tap to turn that toggle on. 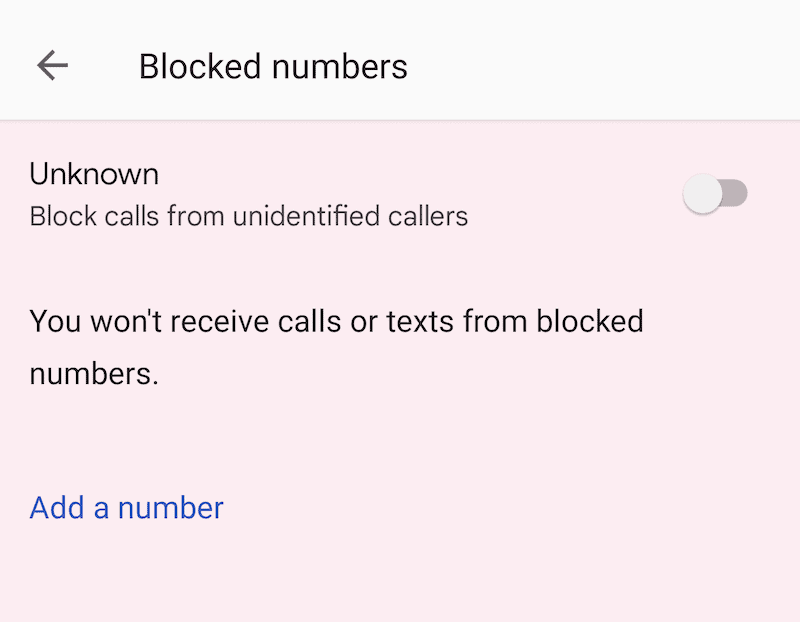 Now, as long as that is on, you will not receive calls or texts from blocked numbers.

And that’s it. Now those telemarketers and other spam callers that call as unknown, will not be able to bother you any longer. You can of course turn this on and off whenever you want.

How to block specific phone numbers on Google Pixel

If there’s someone that is constantly calling you, and you want to block that number, the process is also very simple.

Tap on the three dots in the upper-right hand corner.

Then tap on Settings.

Scroll down and tap on “Blocked Numbers”.

Now tap on “Add a number”. From there you can add a number to your blocked list and tap on “Block”.

There’s another way to do this as well. If the number you want to block is in your call log, just long-press on that number.

Now a new menu will appear with a few options. The third option will say “Block/report spam”. Tap on that. 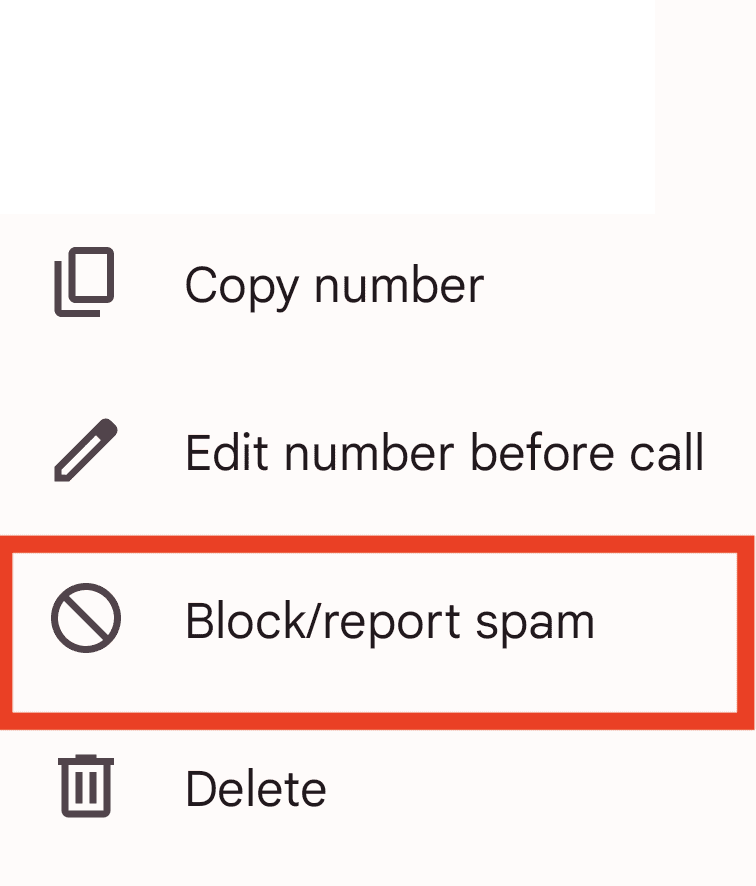 It’ll confirm that you want to block that number, and you can also report it as spam. That is automatically checked, but you can also uncheck it.

Just tap on “Block” and that number will be added to your blocked list.

And it’s as simple as that.