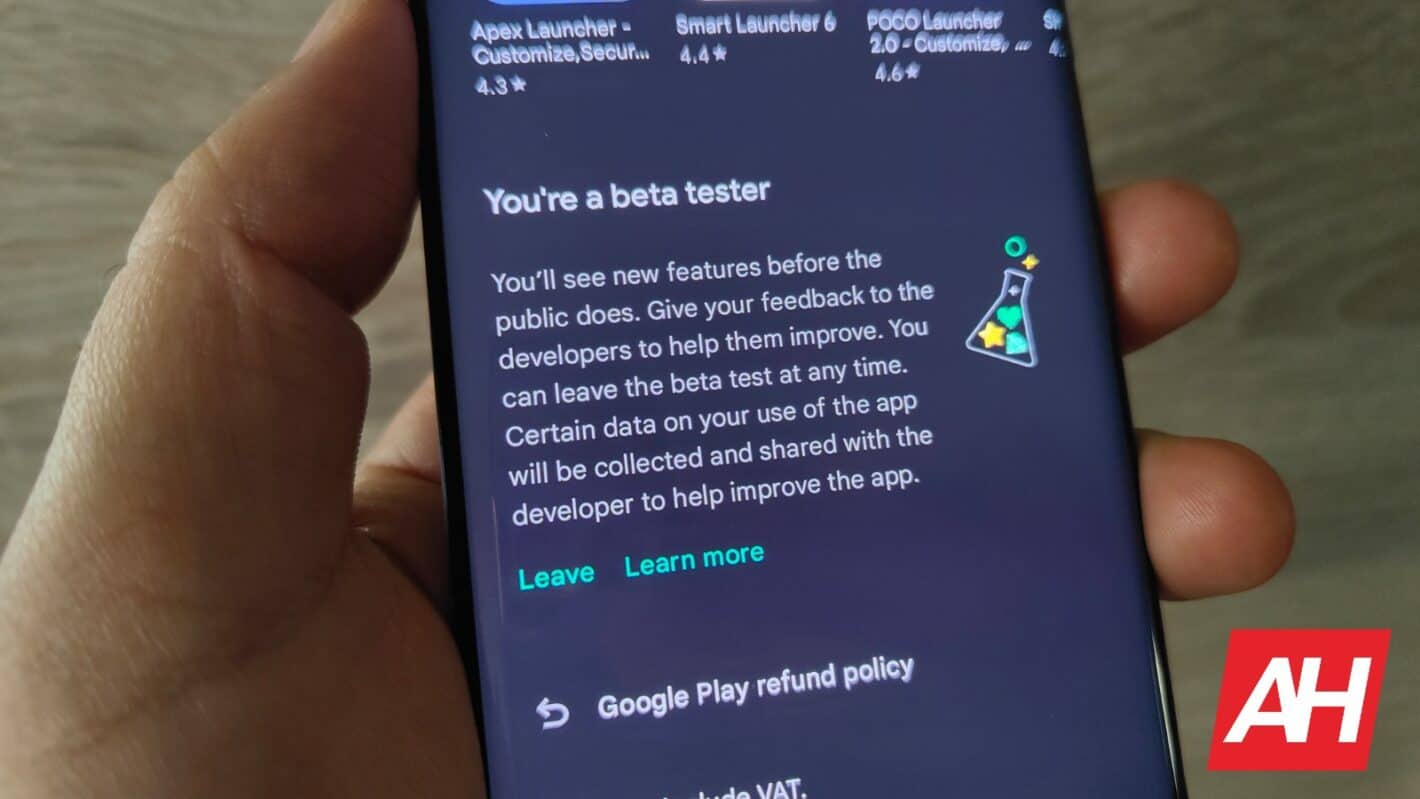 Back in the day, installing a beta version of an app on Android meant you need to do some sideloading. That hasn’t been the case for quite some time now, presuming that a version of the app you’re trying to sideload can be accessed via the Play Store. Many developers offer access to beta versions of their apps via the Google Play Store, though that requires you to do some extra steps, and we’ll show you how to do that in this article.

The whole process is not complicated at all, quite the contrary. You can become a beta tester for a specific app without a problem via the Google Play Store. Before we proceed, however, do note that beta versions of apps could be unstable. They’re beta versions for a reason, and if you value stability over everything else, we wouldn’t recommend you to do this. Granted, you can revert back to a stable version at any point, so… it’s not the end of the world if you regret your initial decision. That being said, let’s get started.

The first thing you need to do is decide what app you’d like to do this for, and head over to the Play Store. Use the search bar at the top to locate the app you’re interested in. 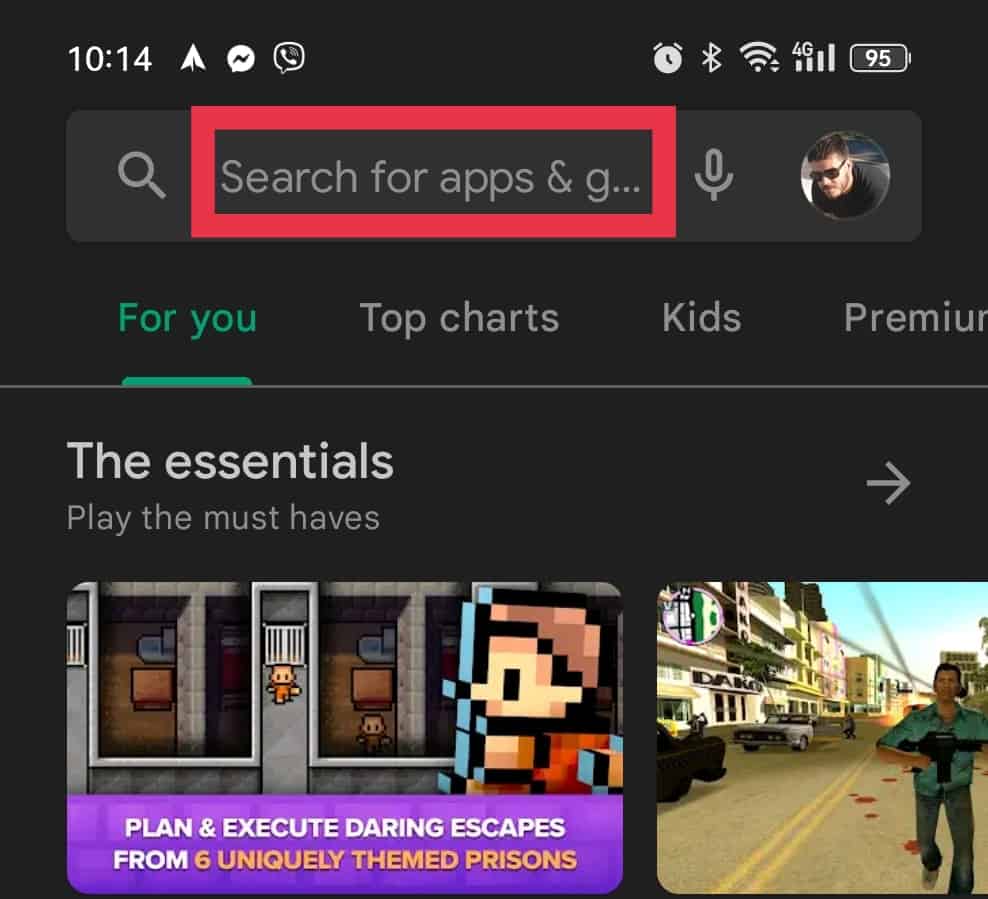 The first app that came to my mind is Nova Launcher, as I know it has a beta program. So, that’s the app we’ll use as an example. So, once you open the Play Store, type in the app name in the top search bar, and confirm. Once the list loads, find Nova Launcher (or any other app you chose), and tap it to continue. 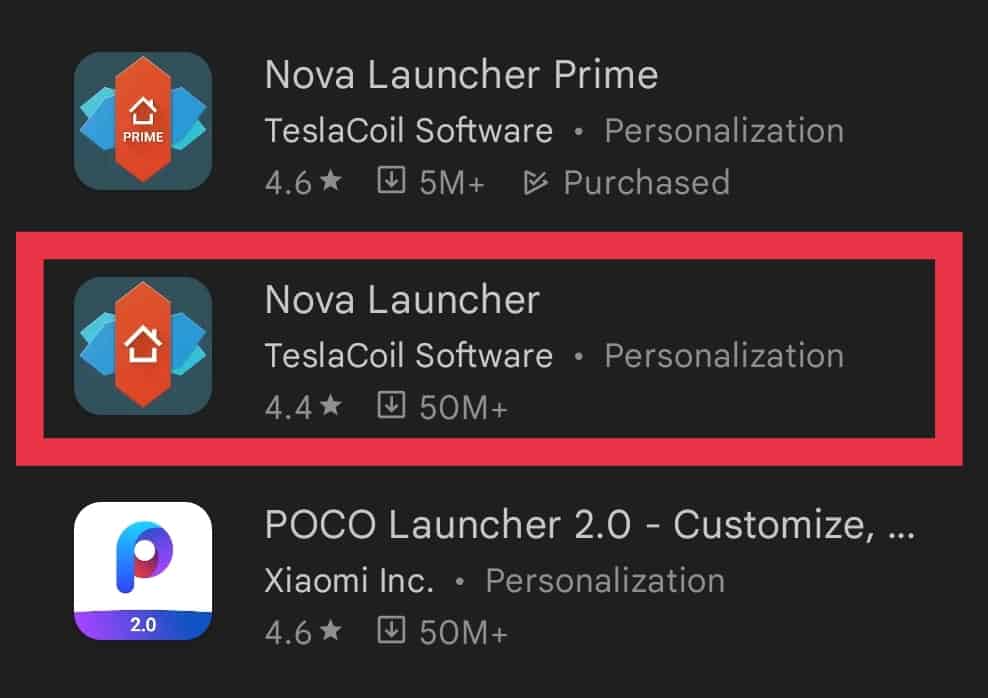 When you open the app listing, you’ll need to scroll down, towards the end of the listing. There, you’ll see the “Join the beta” section. What’s included there is a brief explanation of what you’ll be accepting if you join, along with the “Learn more” option, and the “Join” button. If you’re ready to install a beta version of the app, tap that button. 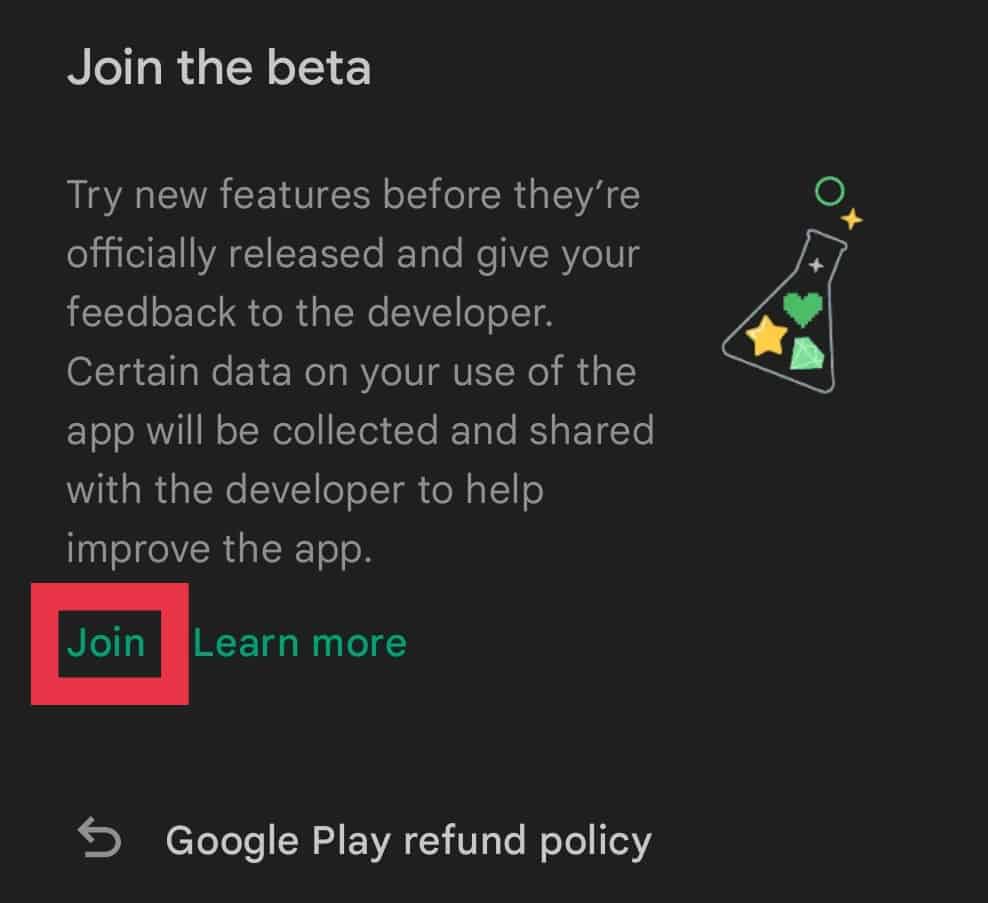 Once you’ve done that, a pop-up menu will appear, asking you to confirm your choice. If you’d like to continue with the installation, click the “Join” option once again. 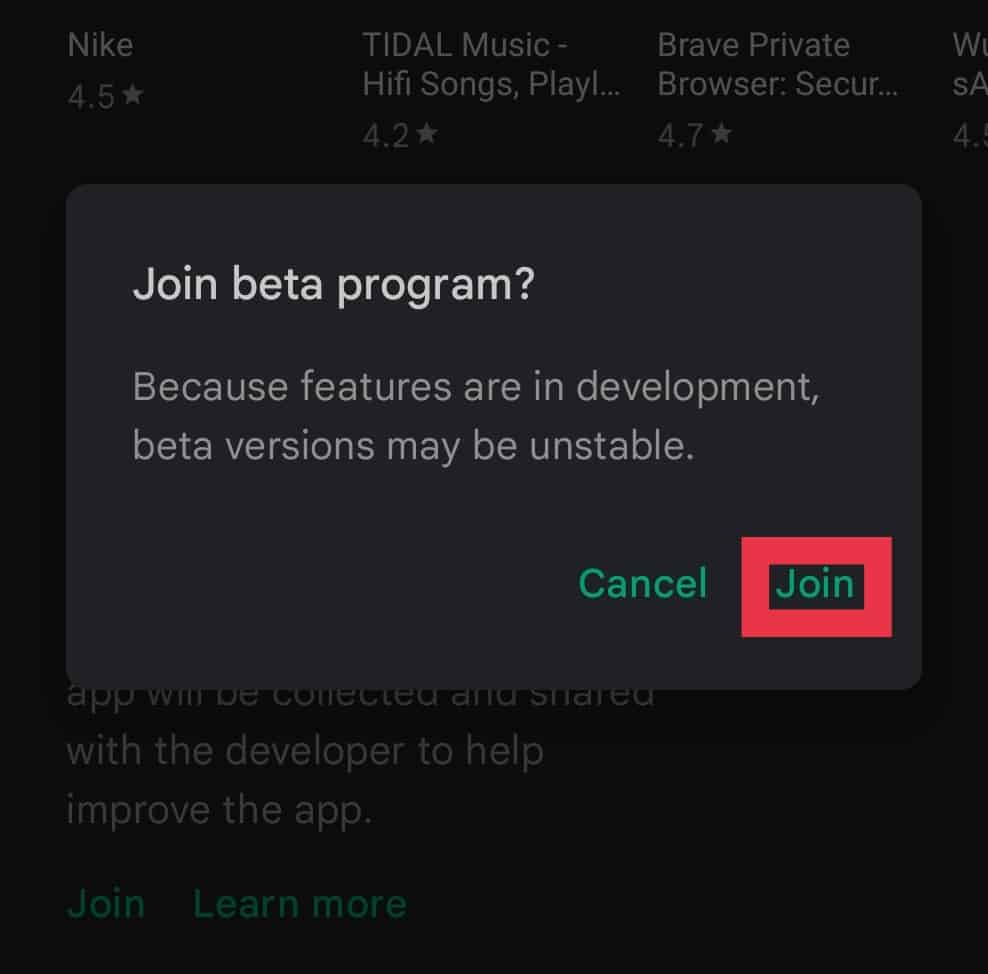 The pop-up menu will disappear, and in the ‘Beta’ section you’ll see the ‘Joining beta…’ toast message. That message will disappear the moment your account has been added to the beta program. 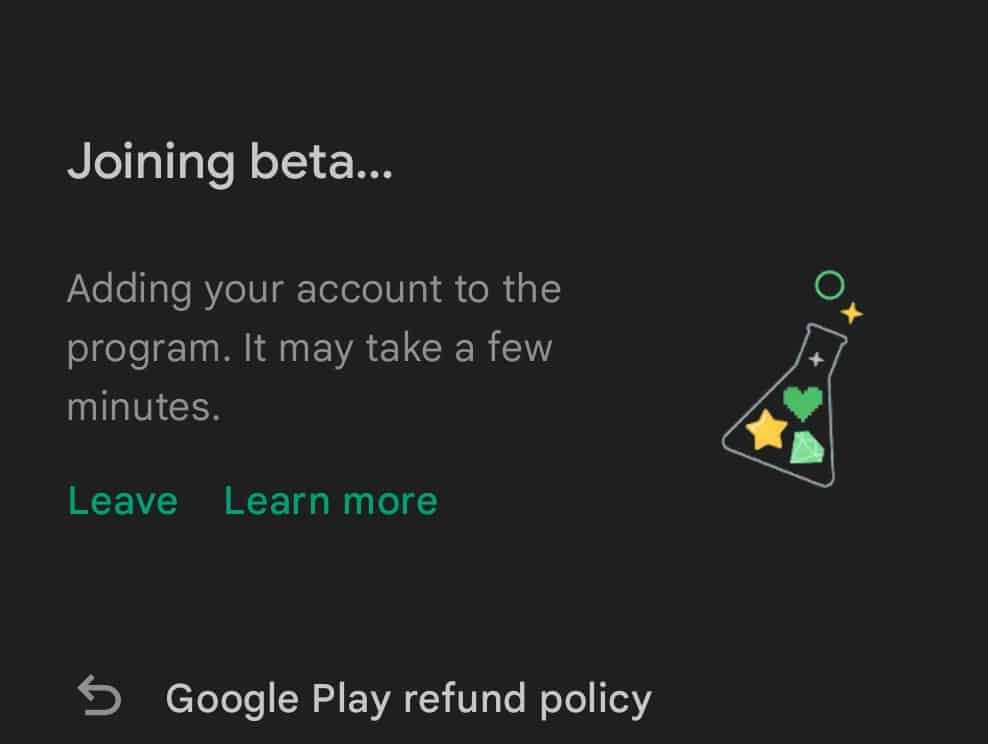 You’ll also see that you can leave the beta program from this menu whenever you want. You’ll notice the ‘Leave’ option here. 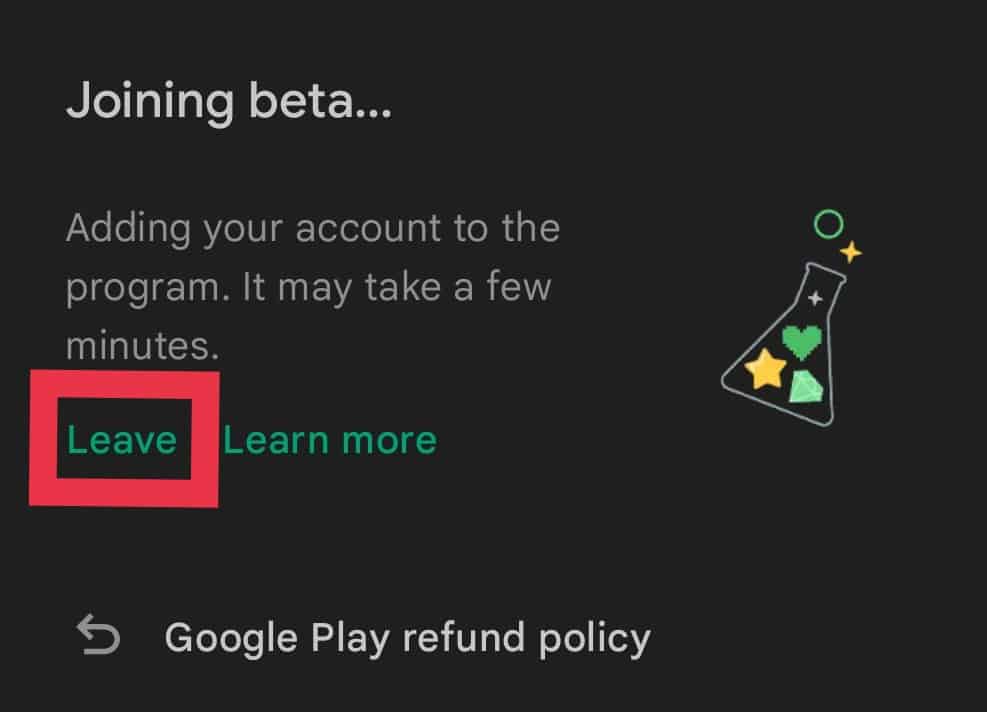 Once your account is added to the beta program, that version of the app will be installed, or you’ll have to install it manually, depending on whether you had the stable version of the app installed on your phone or not. In any case, instead of the original sign up beta section in an app listing, you’ll see what’s shown in an image below. 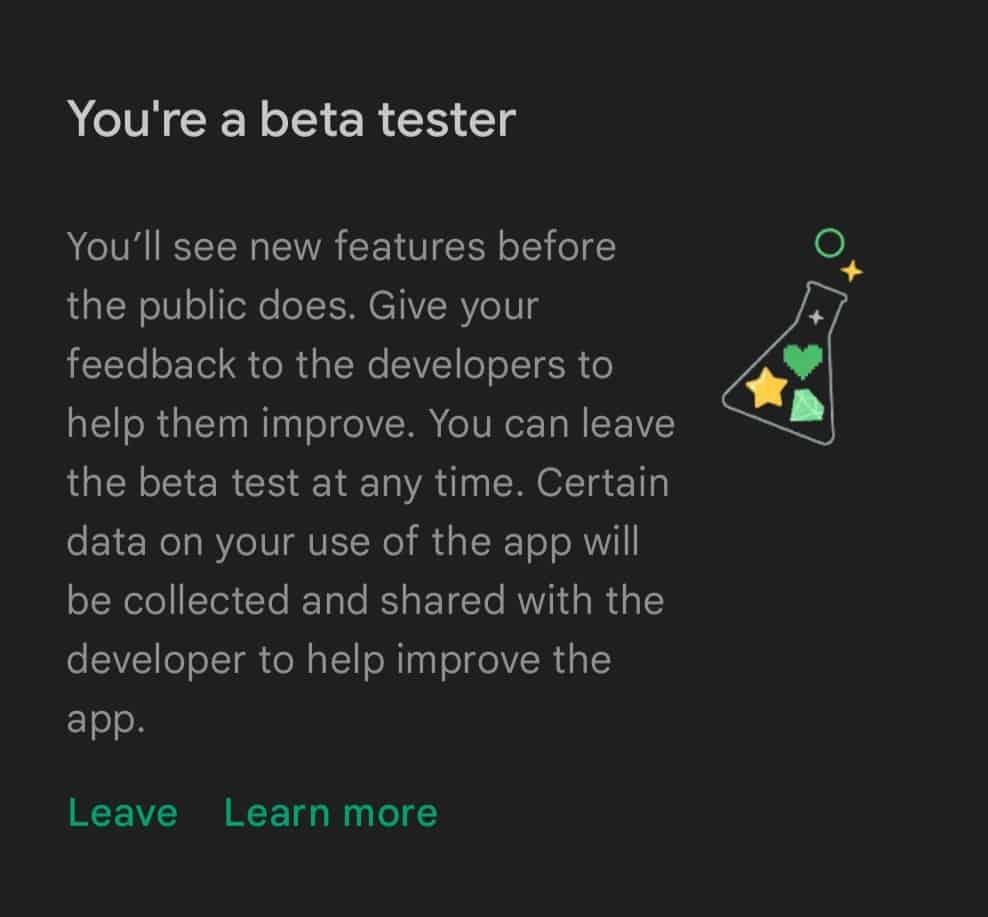 Beta program not available or full

If a beta program for a specific app is not available, you won’t see the beta section at all. If the beta program is full, which can be the case, then you’ll see that in the Play Store listing, as shown below. 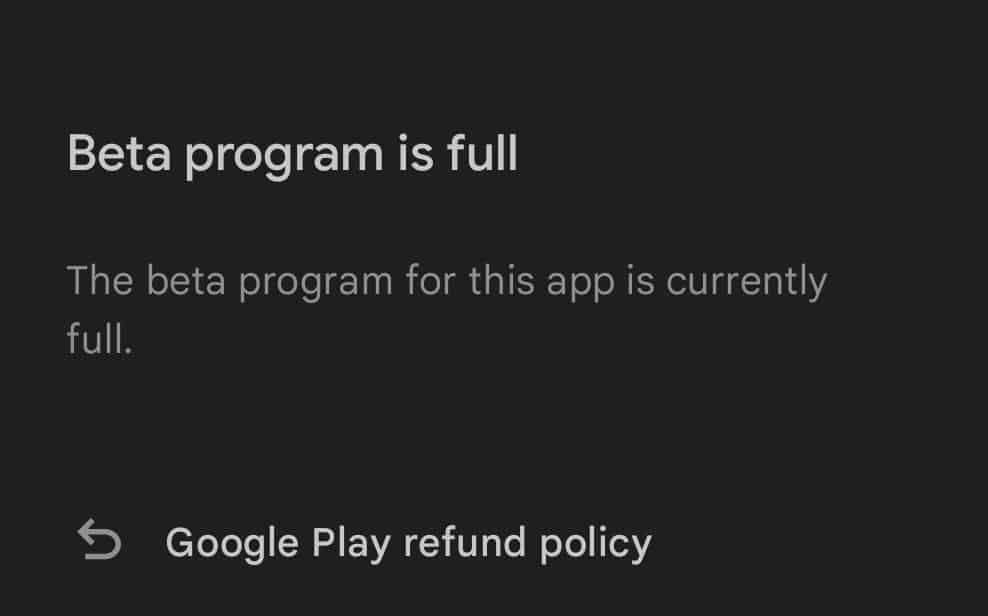