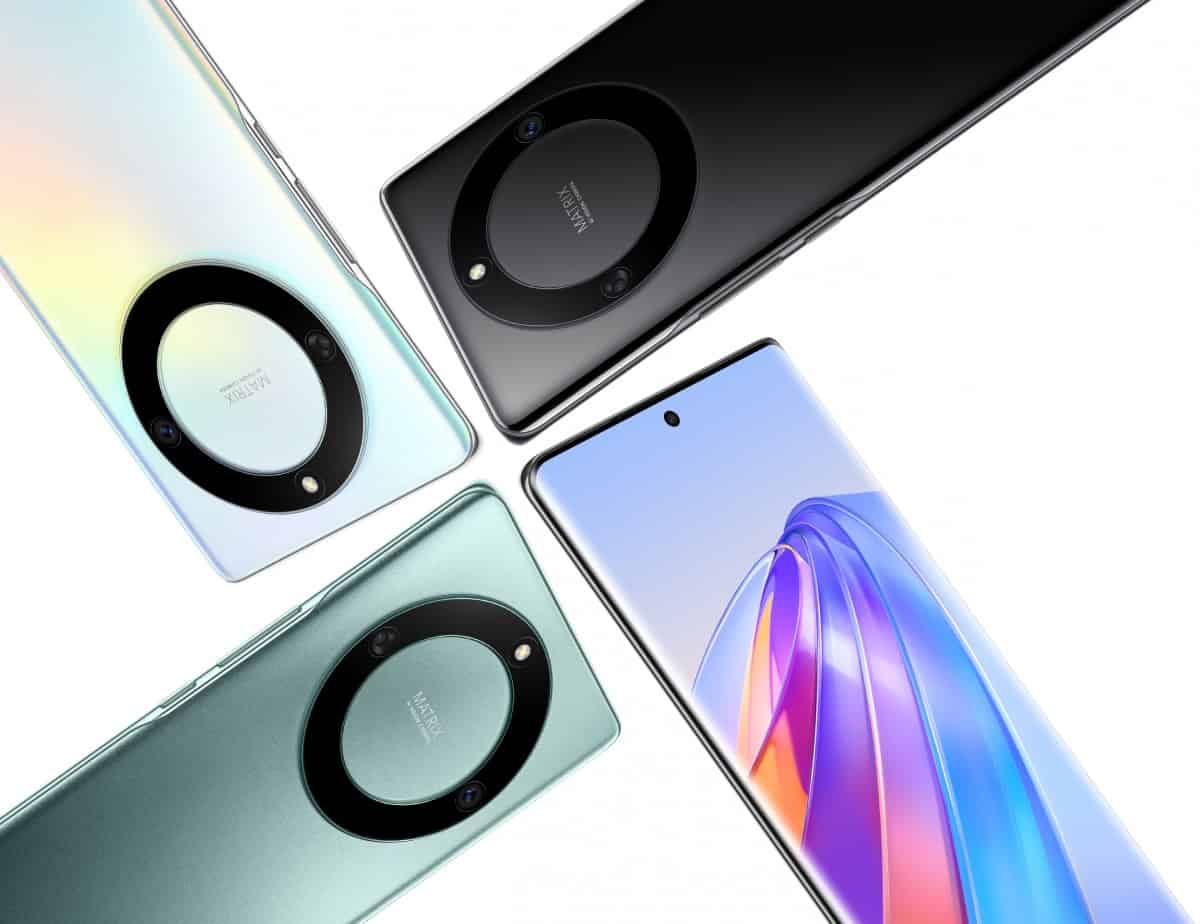 HONOR has announced its new smartphone, the HONOR X40. This device has been leaked quite a few times in the last couple of weeks, and it’s finally here. When it comes to the design, the leaks were spot on.

The phone comes with really thin bezels, and a centered display camera hole. In the provided renders, its bezels do look uniform, but we’re not sure if that’s the case. The display is curved, and its front and back sides are proportional.

The HONOR X40 has been announced with the ‘MATRIX’ camera setup

If you flip the phone over, you’ll notice the so-called ‘MATRIX’ camera setup. It is a black circle, and it looks like the letter ‘O’, basically. Inside that circle, camera sensors are located, but the middle part is empty. It’s an interesting approach by HONOR, and it makes this phone easy to pick out in the crowd.

All of its physical buttons sit on the right-hand side, and the company’s logo is placed on the back. This is a mid-range smartphone, but its specs are nothing to scoff at.

The phone features a 6.67-inch fullHD+ AMOLED display with a 120Hz refresh rate. That display is curved, and it supports 1,920Hz PWM dimming. We’re looking at a 20:9 display aspect ratio here.

The Snapdragon 695 fuels the phone. That is not Qualcomm’s newest mid-range chip, but it’s still quite good. Chances are it will do a good job fueling the device, in collaboration with 6GB, 8GB, or 12GB of RAM. HONOR also announced that 128GB and 256GB storage options will be available.

There are two nano SIM card slots inside of this phone, while Android 12 comes pre-installed. On top of it, you’ll find HONOR’s Magic UI skin, of course. The phone also supports Bluetooth 5.1, and 5G connectivity.

A 5,100mAh battery is also included, while the phone offers 40W charging

A 5,100mAh battery is also included here, and 40W wired charging is supported. The phone does not support wireless charging, or reverse (wireless) charging. 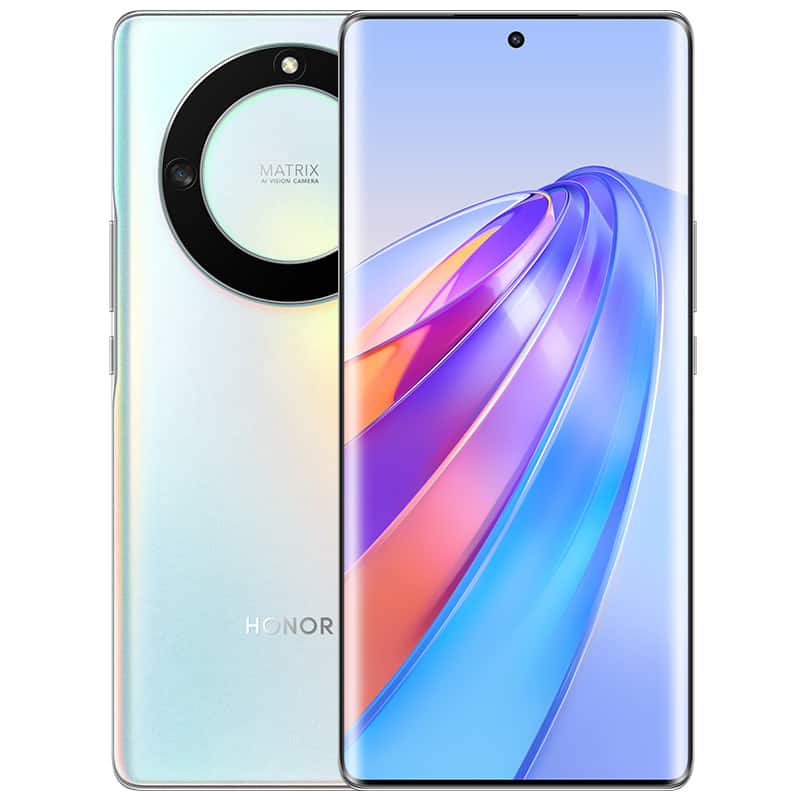 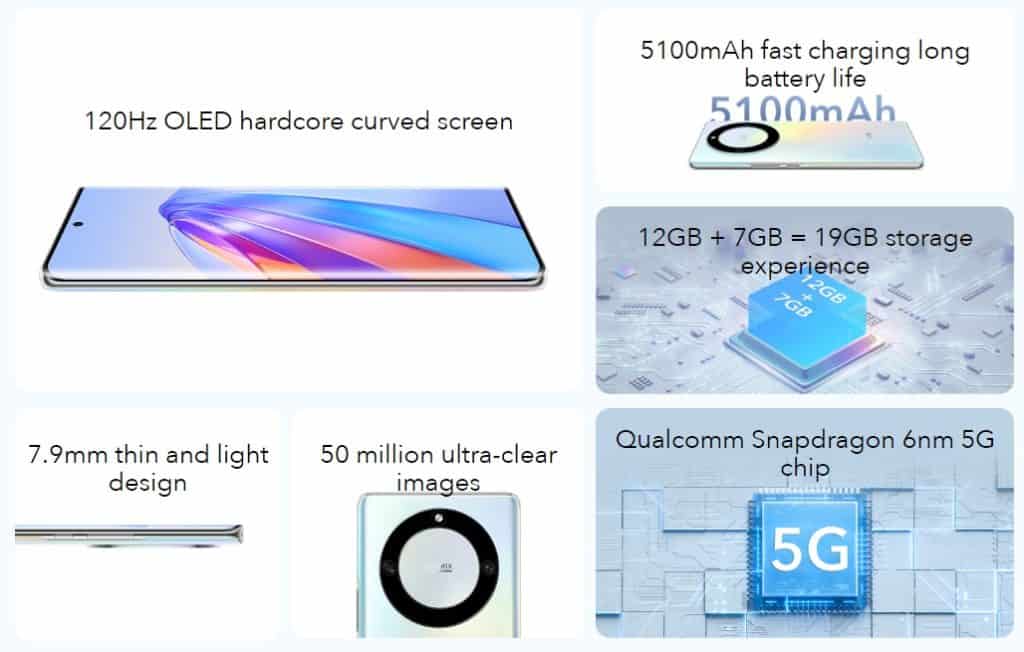 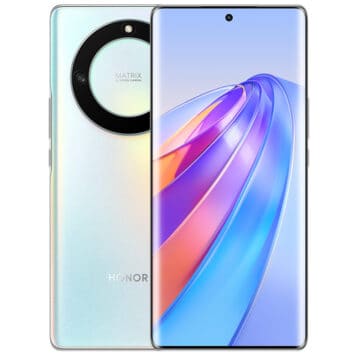 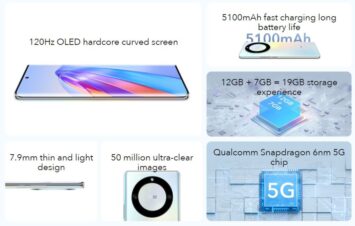