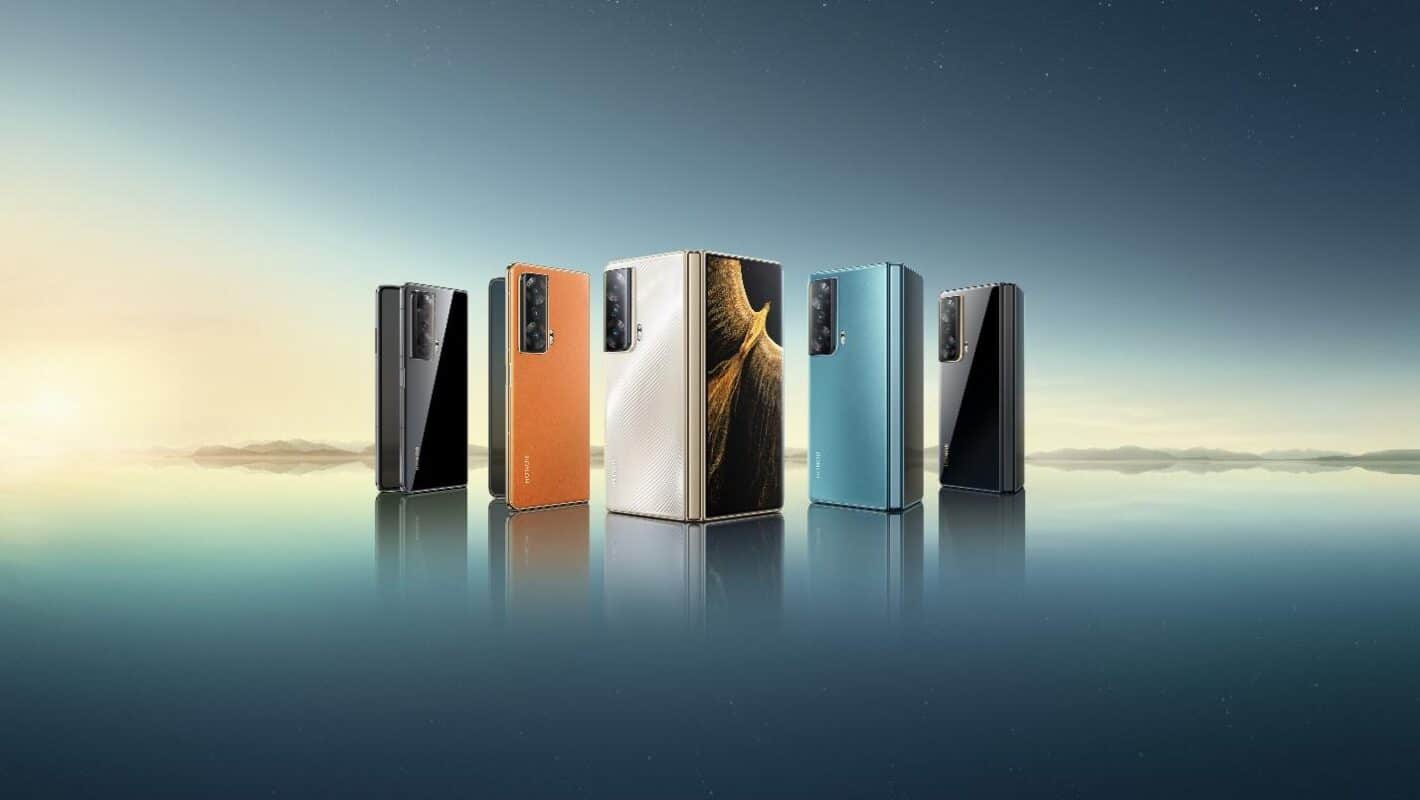 The HONOR Magic Vs does resemble its predecessor, but it’s notably thinner & lighter

That being said, the HONOR Magic Vs does resemble its predecessor when it comes to the design. The device is notably thinner and lighter this time around, while its specs have been improved as well.

The device features two displays, of course. The main display measures 7.9 inches, and it offers a resolution of 2272 x 1984. That is a foldable OLED display with a 90Hz refresh rate. It gets up to 800 nits of brightness at its peak. 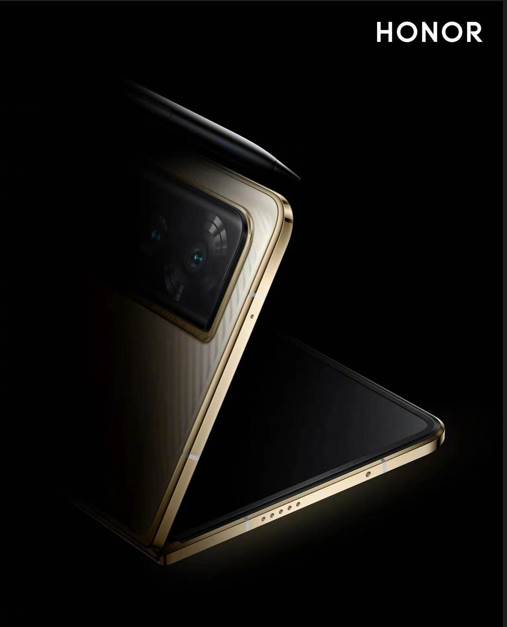 The Snapdragon 8+ Gen 1 fuels this phone

The Snapdragon 8+ Gen 1 SoC from Qualcomm fuels this smartphone. The device includes 8GB or 12GB of LPDDR5 RAM, depending on the variant you choose. The 8GB RAM model comes with 256GB of UFS 3.1 flash storage, while the 12GB RAM model is available in both 256GB and 512GB storage options. These may vary in global markets, though.

A 5,000mAh battery is also included in this phone, and the device supports 66W fast wired charging (HONOR Super Charge). Android 12 comes pre-installed, with HONOR’s MagicOS 7.0 installed on top of it. That will be Android 13 in global markets, though.

The phone has symmetrical stereo dual speakers, which are certified by IMAX Enhanced. There are also three microphones included for stereo voice reception. Two SIM card slots are also available. 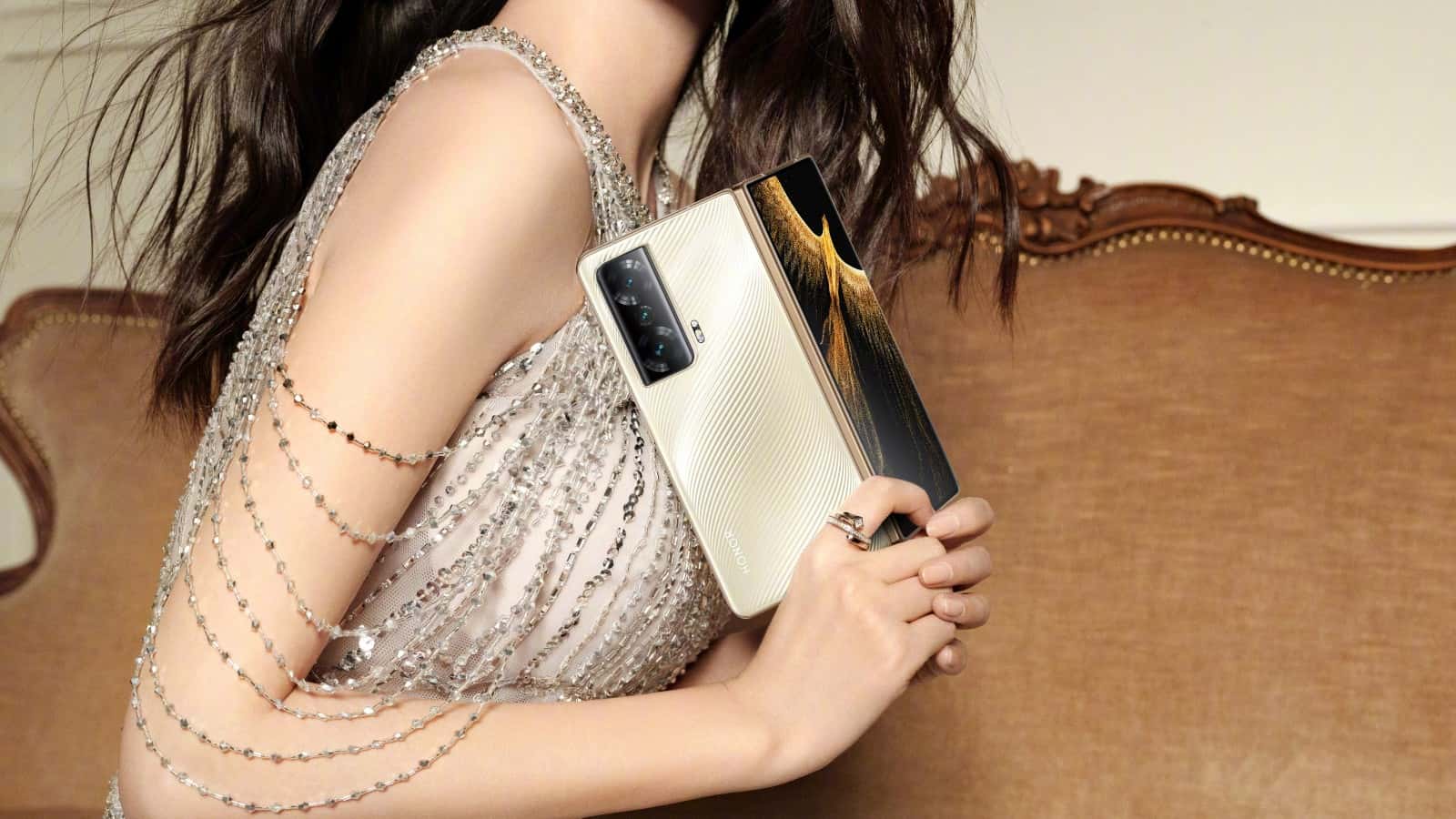 You’ll find three cameras on the back, and one on the cover display

There are three cameras on the back of the phone. The main is a 54-megapixel (Sony’s IMX800 sensor, f/1.9 aperture) unit. It is joined by a 50-megapixel ultrawide camera (f/2.0), which acts as a macro camera as well. The third camera is an 8-megapixel (f/2.4 aperture) unit, which offers 3x optical zoom. So, it’s a telephoto camera.

On the front (cover display), you’ll find a 16-megapixel camera. Do note that there is no camera on the phone’s main display. Bluetooth 5.2 is also included, and USB 3.1 Gen1 is supported via the Type-C port at the bottom. 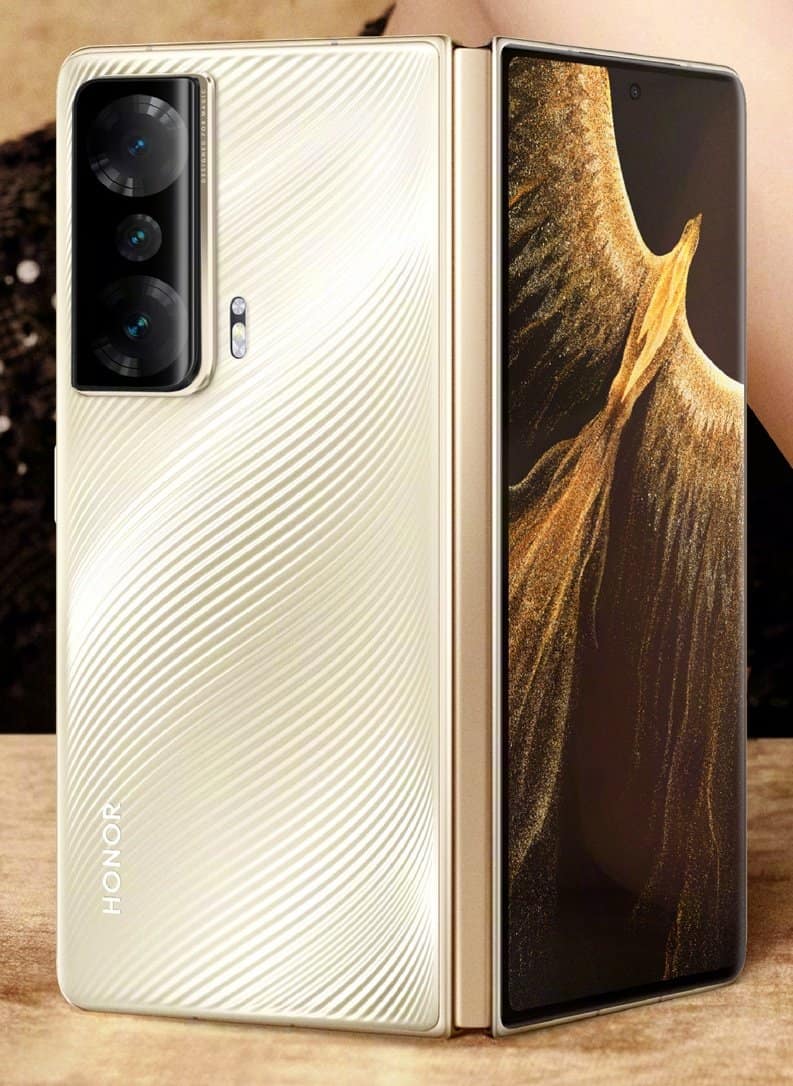 The hinge has been improved, and the phone is coming to global markets

The company is using a “super-light gearless hinge” here, which contributes to lowering the weight level of the device. That hinge is “built with aerospace-grade materials” and is able to withstand over 400,000 folds.

It is also worth noting that the phone supports a stylus. We didn’t really get much information regarding that, though.

The phone comes in Black, Cyan, Gold, and Orange colors. Do note that the Black and Gold colors are reserved for the HONOR Magic Vs Ultimate variant. In other words, for the variant with more RAM. 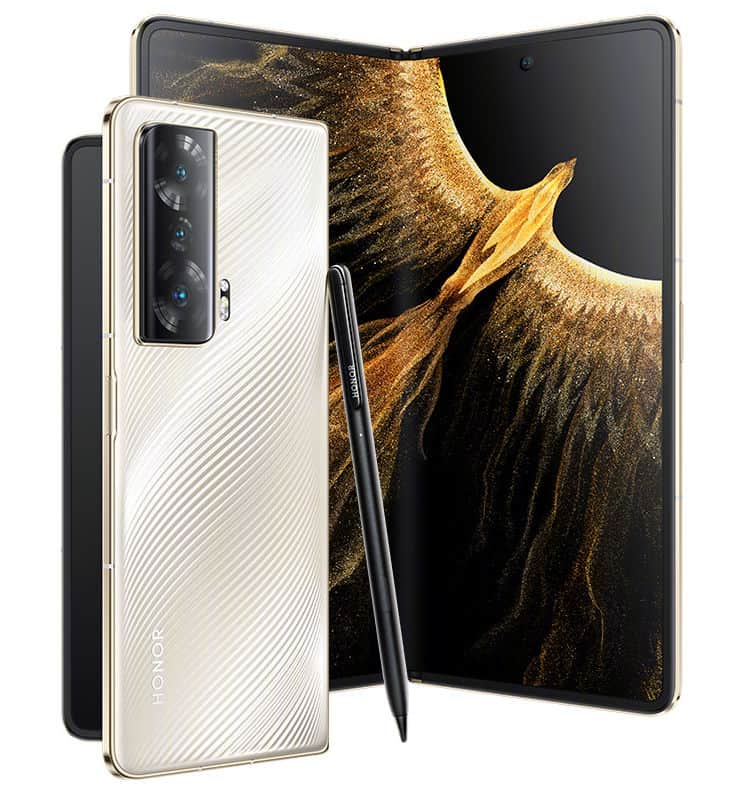 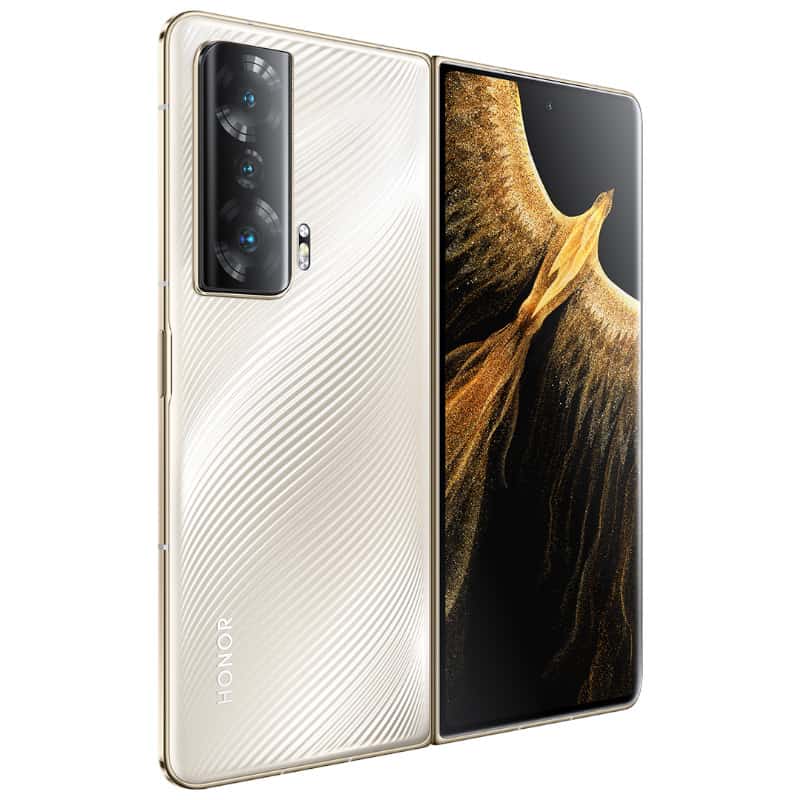 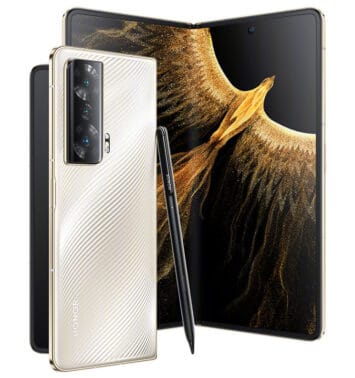 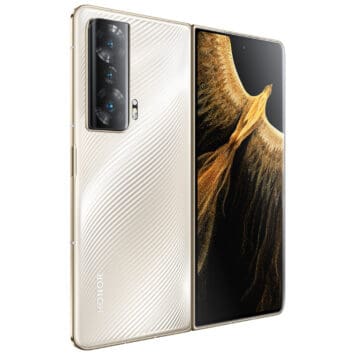