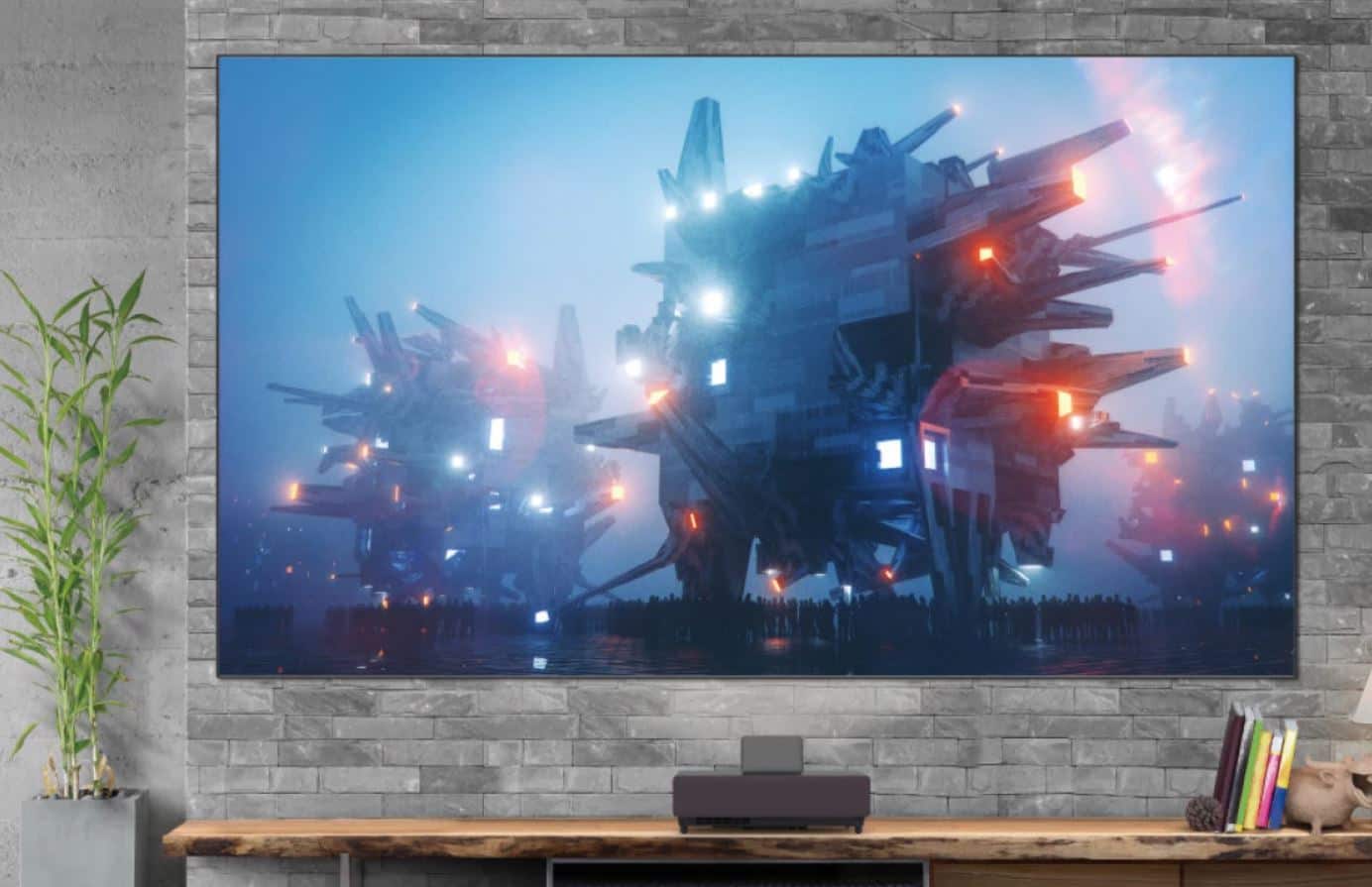 Epson is a company that you probably know for their printers, but they have also been making projectors for quite some time. And currently, the Epson EpiqVision Ultra Short Throw Projector is the best one you can get.

This is the projector to buy for a home theater

The Epson LS300 is a really impressive ultra short throw projector, and worth spending two grand on. It can offer up to a 120-inch screen, and still show a 4K HDR picture. Giving you a really great picture quality.

Of course, perhaps more important than the resolution of the picture, is the brightness. And the LS300 is quite bright. It comes in at around 3600 lumens. That is quite bright, and means that you can use it in rooms that are not completely blacked out.

There is a built-in speaker on the Epson LS300, but you can still plug in a sound bar if you want. There is 2.1-channel sound included here from Yamaha, which is pretty nice for a projector of this size.

As far as ports go, there are two HDMI ports including an ARC version, USB-A and an optical port are available. So you could use one port for a soundbar and another for a PlayStation 5.

When it comes to software, the Epson EpiqVision Ultra Short Throw Projector is running on Android TV. So you’ll have access to all of your favorite apps and games. Of course, you can also plug in a Chromecast with Google TV, if you prefer that.

As mentioned, this is a somewhat expensive projector, coming in at $1,999 but given its specs, it is more than worth the price.