WarnerMedia has just launched its much anticipated second plan for HBO MAX. Now you can get HBO MAX with Ads, and it’ll cost a third less than regular HBO MAX would cost you. Making it just $9.99 per month. Of course the big differentiator here is that it does have ads. But there are a few other things that makes this different from the regular HBO MAX plan that is $14.99 per month. And we’re here to help you figure out which plan is the best for you.

HBO MAX has made quite a few changes over the past year, since its launch. As well as debuting some pretty incredible shows and movies. Including two reunions for Friends and The Fresh Prince of Bel-Air. Which has helped HBO MAX become a pretty popular streaming service in the US. And now that it is available for less, it’s going to grow its reach even further.

As the name of the plan indicates, HBO MAX with Ads biggest differentiator is the fact that it has, well ads. But it’s not quite that clean cut.

There will be ads on some of the shows and movies available on HBO MAX. But not any of HBO MAX’s original programming. Basically anything that it has licensed from other studios – as well as Warner Bros. And you’ll also see ads if you pause playback. Which means that you won’t actually see a whole lot of ads on HBO MAX with ads. And that’s a pretty good user experience, to be quite honest.

The other big difference here, is new releases. Now this really only affects users for the rest of 2021. But those theatrical releases that are available on HBO MAX the same day that they come to theaters, won’t be available to those on the HBO MAX with Ads plan. So you’ll need to wait for them to actually come to HBO MAX a few months later on.

Thankfully, HBO MAX has been pretty quick about getting its movies onto its platform after the theatrical release. Wonder Woman 1984 for example, hit HBO MAX in May, about five months after it landed in theaters. That used to take about a year to happen, or longer. So that’s good news.

WarnerMedia has also stated that it is committed to keeping the ad load pretty low on this plan. Management says that you’ll see less than four minutes of ads per hour, on average. Of course, different titles will have different amounts of ads. So you could end up seeing no ads at all.

There are two more differences here, which are still pretty minimal. But with HBO MAX with Ads, you won’t be able to download titles to watch offline. And you will be limited to streaming in HD. While the standard HBO MAX plan does offer 4K HDR (with Dolby Vision), though that is not available on every title. So also keep that in mind.

Is there a free trial?

Unfortunately, HBO MAX did kill off its free trial last December. Just before Wonder Woman 1984 hit the platform alongside its theatrical release. HBO MAX decided to get rid of the free trial so that users couldn’t just sign up for the free trial and watch Wonder Woman 1984 and then leave. Though, there’s still no committment for HBO MAX, and you can leave whenever you want. So that’s not a big deal.

However, WarnerMedia does offer a bunch of ways that you can get HBO MAX for free. So there’s that.

Can I get HBO MAX for free?

If you’re an AT&T subscriber, probably.

So AT&T has laid out who will get HBO MAX for free, and it’s the majority of its customers. Here’s how it breaks down for different AT&T customers:

These free HBO MAX offers range from one month to a year. So you won’t be getting it for free, forever, unfortunately. But that is long enough to decide whether you want to keep it. So there’s that. 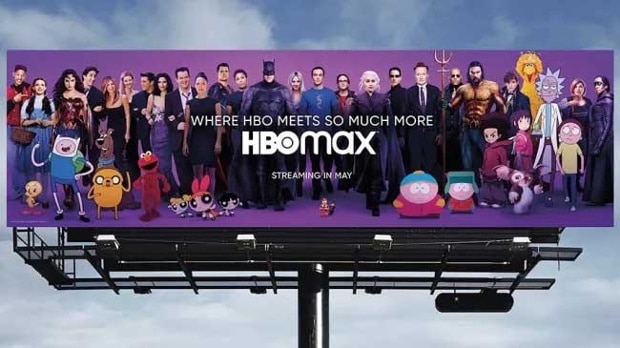 Can I switch between the two plans?

Once you sign up for HBO MAX, you’ll be able to switch between the two plans, pretty much anytime. However, if you’re downgrading to save a few bucks each month, the change won’t actually take place until your billing cycle is up. Meaning that HBO MAX won’t pro-rate your account if you switch to the ads tier halfway through your cycle.

On the flip side, if you want to upgrade and download some titles before jumping on a plane, you can do that. And you’ll be charged the difference right away.

Is HBO MAX with Ads worth the $5 savings?

You might be wondering, if switching to this cheaper HBO MAX plan is worth the savings? And well, it might be. If you don’t care about watching movies the same day they hit theaters – which really only matters for about six more months – then, yeah it’s worth it.

WarnerMedia also making sure to keep the ad load pretty low on everything on HBO MAX helps to make this a much more attractive option too. The fact that you’ll see less than four minutes per hour of watch-time, is really incredible. Some ad-breaks on regular TV are over four minutes long. And by the looks of things, the ads are just between episodes, or at the beginning and end. Which isn’t really that annoying, when you think about it.

If $15 seems like it’s a bit much for HBO MAX, $10 probably seems a bit more palatable. Honestly, that’s just a dollar more than Netflix Basic – which is really Basic, by 2021 standards, to be quite honest. You can sign up for HBO MAX by hitting the link below.