Now that Google has made the Pixel 6 and Pixel 6 Pro official, we can talk about these new phones. Sort of.

Google, like some other companies out there, have two embargoes on these phones, so we are only able to talk about certain things for now. In this hands on, do not expect to hear about battery life (it hasn’t been long enough anyways), the camera, or software. That will all be in the full review in the very near future. But join us as we go hands on with the new Google Pixel 6.

Let’s start off with the hardware, shall we.

After over 10 years, Google finally has a premium smartphone

Google isn’t new to the smartphone game, having released the Nexus One back in 2010. But this is the first time that it has released a truly premium smartphone. And one that can truly compete with other Android OEMs. You see, Google has never really tried to compete with Samsung, Motorola, or even LG in the past. We had a theory that it was because they don’t want to piss off the likes of Samsung, and make them go full-on Tizen.

However, now that LG is out of the market, and the US is basically left with Samsung and Apple, Google has stepped up its game. Offering us a truly high-end, premium smartphone in the Pixel 6.

The design is arguably not for everyone, but the Pixel design has never been for everyone. But it has always been distinctive. Now, instead of having a square camera module in the corner, we now have a camera bar across the back. The biggest reason for this design change was the larger camera sensors in the Pixel 6 series.

Seeing renders of the Pixel 6 over the past few months, I was not truly sold on the camera bar. Thought it looked pretty ugly. But now using it, and seeing it for about 24 hours, I actually have come to like it. That’s something I’ve said a few times about previous Pixel and Nexus phones too.

Glass and aluminum house the Pixel 6

Pixel 6 is made of glass and aluminum. The Pixel 6 Pro uses aluminum for the frame and around the camera bar. While the Pixel 6 uses black paint on those parts of the phone. It makes the two look a tad different, but I think I like the silver frame better. It makes the camera bar look better.

When holding either the Pixel 6 or the Pixel 6 Pro, it feels really solid. It feels like a premium phone. The only complaint I have is that it is not a matte finish on the glass. Like we had with the Pixel 4, two years ago. So the Pixel 6 series is going to pick up fingerprints pretty easily. 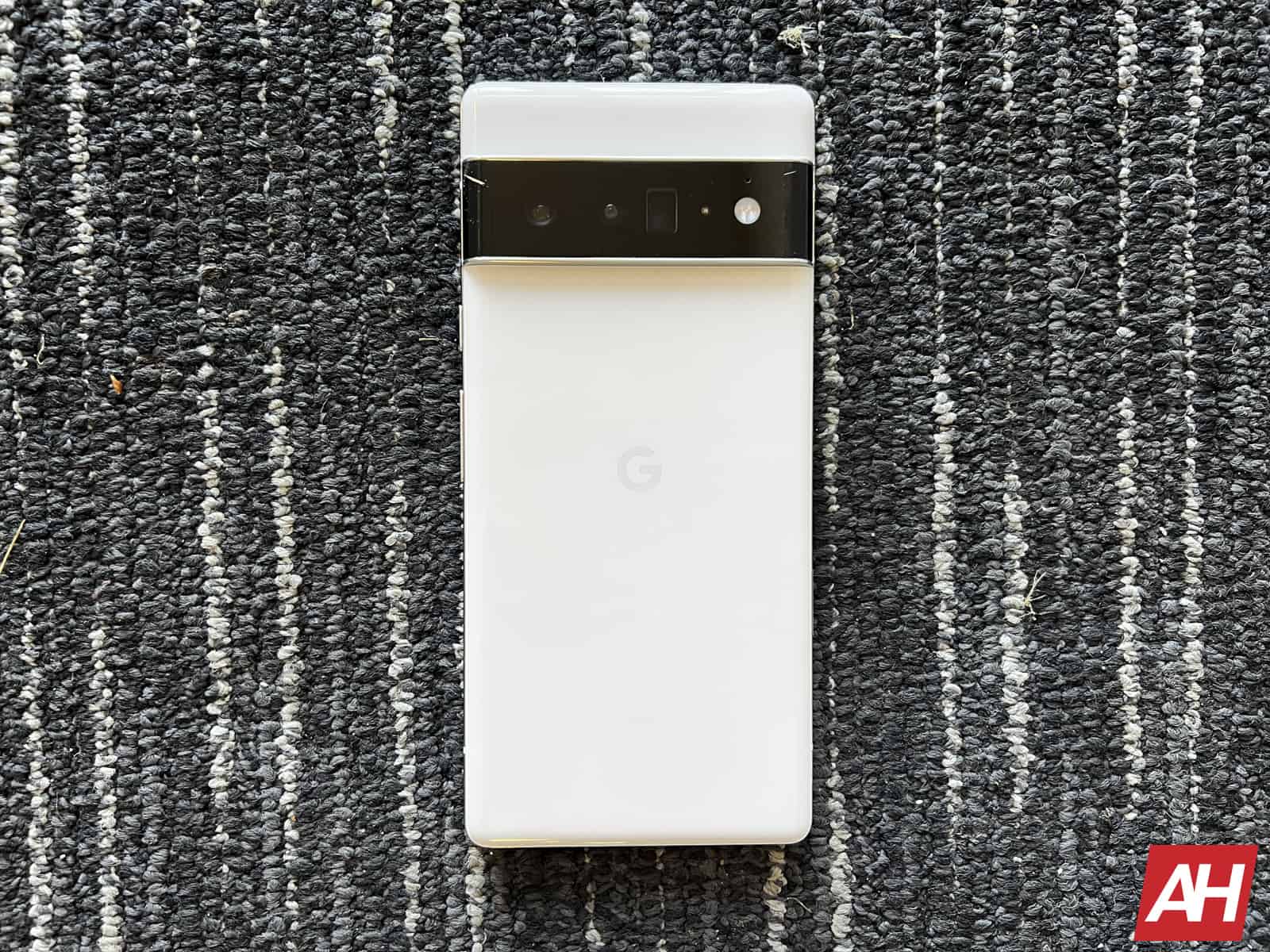 Both phones are incredibly light too, considering they are aluminum and glass smartphones. The Pixel 6 is 207g and the Pro is 210g. Now, obviously, that’s not that light considering the Pixel 5a  is around 183g. But for the size and materials, they are pretty light. I was expecting something more along the lines of the Galaxy S21 Ultra, which is roughly 229g.

Curved display for the first time on a Pixel

120Hz on the Pixel 6 Pro is nice to have. It’s an LTPO display, so it will dynamically adjust from 60Hz to 120Hz. Unfortunately, it does not go lower than 60Hz, according to Google. Which is something that the Galaxy S21 series and iPhone 13 series does. But this does help with battery life, of course, there is also a massive 5000mAh capacity battery inside.

Now, on the Pixel 6, there’s no curved display. But it is an OLED display that does 90Hz. It’s not LTPO, so it does not automatically adjust from 60 to 90Hz. But that’s okay, with the larger 4614mAh battery inside, the Pixel 6 should still last all day at 90Hz.

And that’s about it. That’s pretty much all I can talk about right now about the Pixel 6 and the Pixel 6 Pro. We will have more coverage of these two Pixel phones in the coming days and weeks of course. So make sure you keep it locked to AndroidHeadlines.

But, I will say this. The Pixel 6 Pro is a strong contender for smartphone of the year! And it is likely the last one to launch this year too.