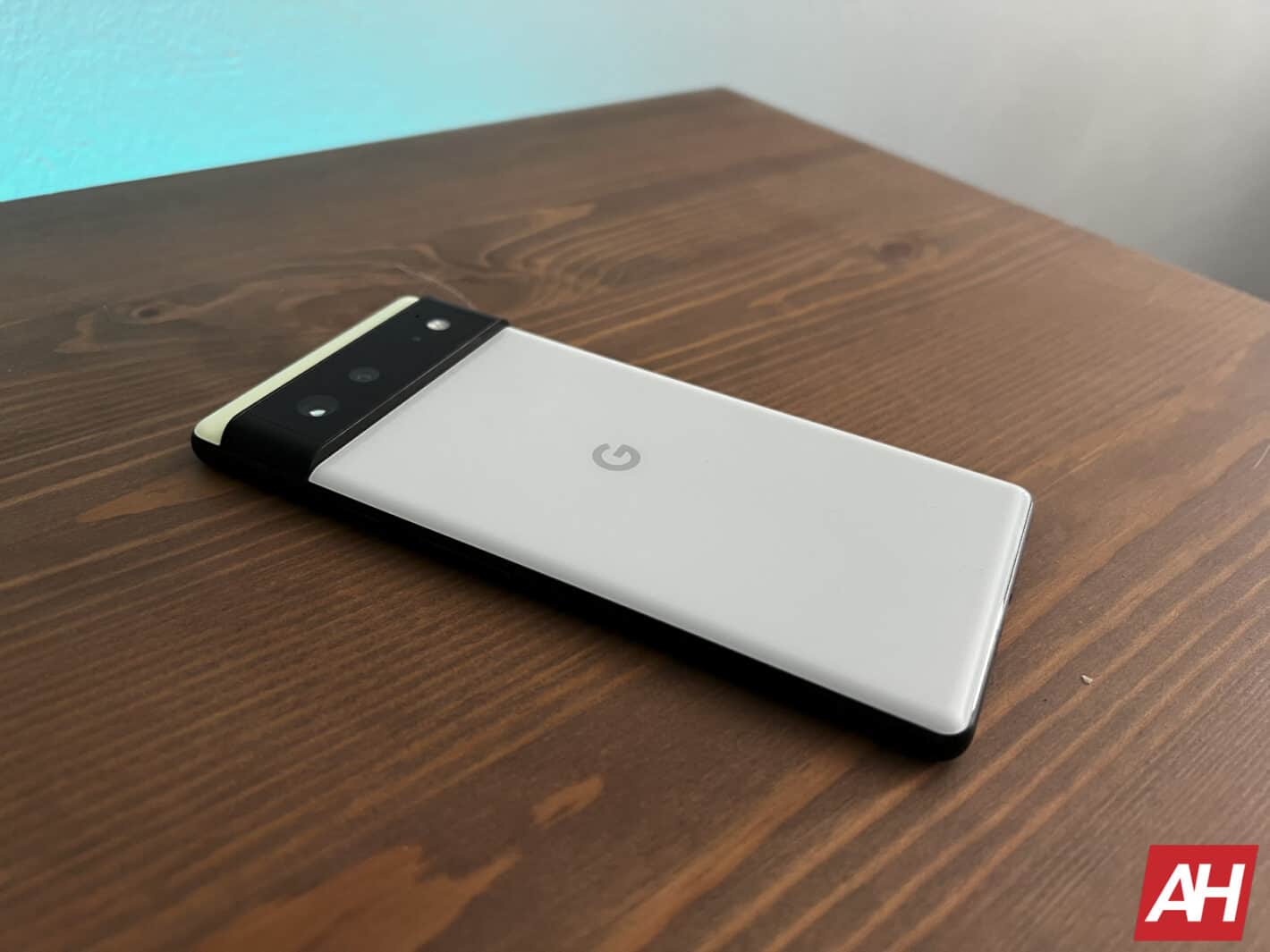 Google has been making its ‘Pixel’ smartphones for quite some time now, and they’re still not mainstream, nor close to it. I can’t help but wonder if the company is holding back. I truly do believe Google should make Pixels available everywhere. Let me explain. We’ll start from the beginning.

Back in 2016, Google released its first Pixel smartphone, officially called the ‘Google Pixel’. Prior to that, the company was making ‘Nexus’ devices. Google changed the design language, and the brand of its smartphones entirely, for a purpose. You see, Nexus devices were a synonym for developer phones, for affordable phones that offer great value. Well, Google wanted to change that perspective. The Nexus 6P and 5X were the last two Nexus phones to arrive, and the 6P actually felt like a premium product, for an entirely different purpose.

Google wanted to change the perspective of its smartphones, to show them in a different light. That’s where the ‘Pixel’ brand came in. Google wanted its devices to be more well-known, and to have the right brand identity. Five and a half years have passed since the first Pixel smartphone launched, and yet, Pixel smartphones are far from being mainstream. Why is that? Well, I really can’t help but wonder if Google is holding back, or what’s going on. I’ll split this article into several sections, as there’s a lot to talk about.

The Google Pixel smartphones still have limited availability. And by that, I don’t mean that they’re not available in enough quantities in the markets they’re being sold at. Not at all. What I mean is… they’re not available in enough markets. Last year, when the Pixel 6 and 6 Pro launched, Google announced their availability in only 8 countries. That’s a far cry compared to Google’s competition. Samsung’s flagships usually launch in a ton of countries, and the same can be said for Apple’s iPhones. They’re available pretty much everywhere. 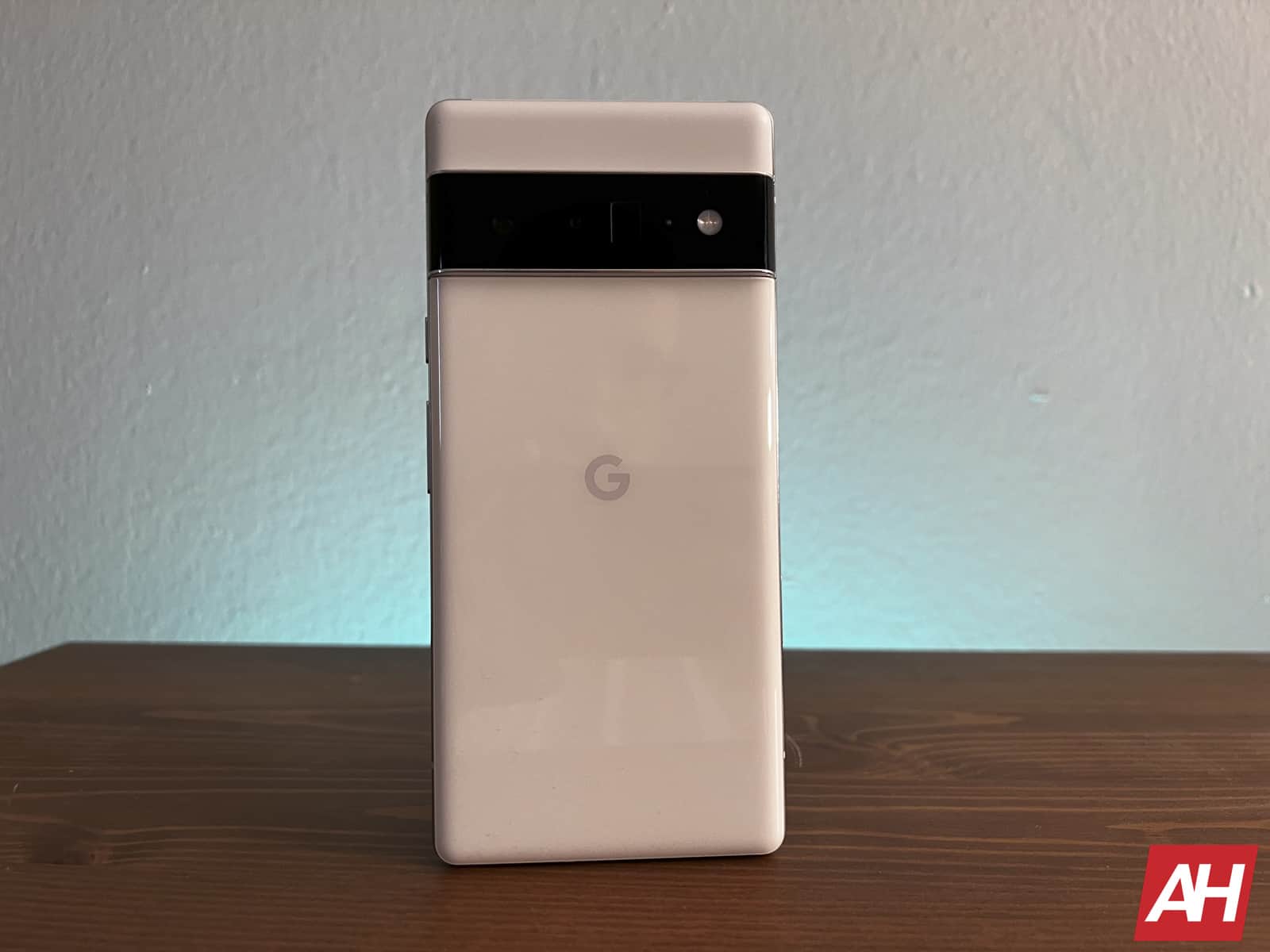 Since the Pixel 6 and 6 Pro launched, Google did expand their availability, but not nearly as much as it should have had. As of February this year, the two smartphones are officially available in 12 countries in total. Google should push to change this. The company should strive to make Pixel smartphones available everywhere, as that’s one of the main ways to make people learn more about the brand, and use the company’s devices.

Let’s take Europe, as an example, as that’s where I’m from. You can only buy Pixel smartphones in a couple of the largest European countries. If you want to get it in Croatia, for example, you cannot. The only way to get it is to go to an electronics retail store, which is reselling the device, which automatically means paying a lot more for it. And by that, I mean like 30-40% more than the phone’s actual price. Needless to say, that’s unacceptable.

You can always order it from a retail store in the country it’s selling, but depending on where you live, maybe even that is not possible. Or it may be possible, but it means you have to pay tax and customs when importing it, which ends up costing you even more money. Not even tech-savvy people, who are familiar with the Pixel brand, are willing to go through all that, at least not many of them. So, why isn’t Google pushing towards greater availability? There could be several reasons for that, read on.

Now, in tech circles, when you talk about the availability of Pixel smartphones, it’s almost impossible to avoid bringing Samsung into the conversation. Why? Well, Samsung is the largest smartphone manufacturer on the planet, and at the same time the largest Android smartphone manufacturer by far. Google certainly does not want to get on Samsung’s bad side, as that could hurt the relationship between the two companies, which has been really good. It is not in the company’s interest to lose Samsung, and the same goes vice versa.

If Samsung stops using Android, that would be a disaster for the platform, that’s for sure. Many people trust Samsung and use the company’s smartphones. On the flip side, if Samsung stops using Android, it would be left without an entire software platform. Android on its own is open source, and anyone can use it, but Google Services play a huge part in all that. Huawei lost access to Google Services (including the Play Store, of course), due to the US ban, and that resulted in quite a few problems for the company. It lost a lot of its market share. 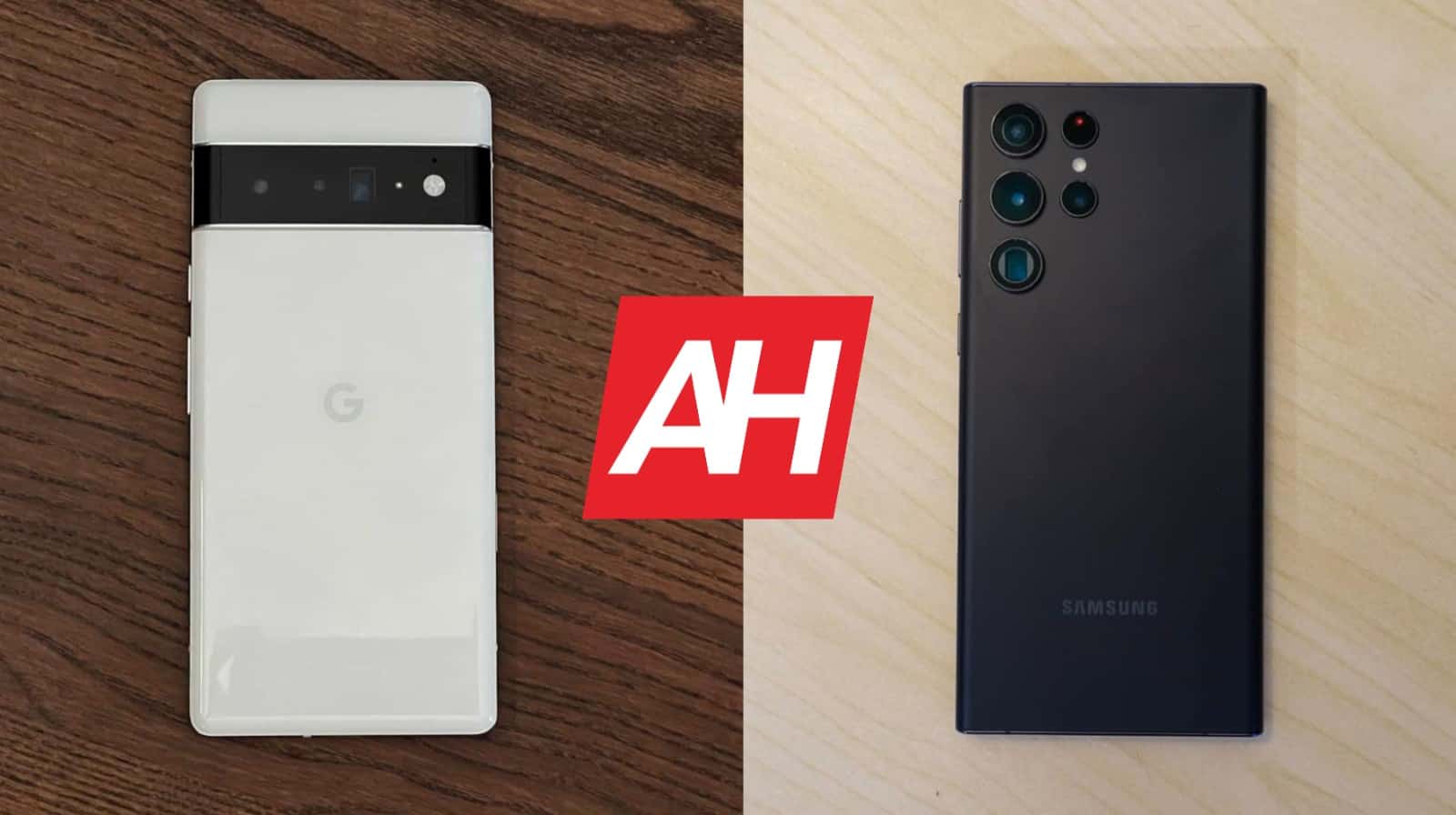 People are used to using Google’s Android, and everything it has to offer, and that definitely includes Google’s app, and its app platform. Creating a new one from scratch is not an easy feat, and many people would say it’s nearly impossible. Huawei has been doing a good job, but it’s still hurting because of everything. Samsung almost certainly does not want to hurt its relationship with Google, as it benefits from that relationship just as much as Samsung.

Why am I even bringing this into the conversation? Well, many people from the industry believe that Google is holding back because of Samsung. It is believed that Google can do a much better job marketing its Pixel phones, and making everyone realize what those phones are, not to mention offer them to a wide range of people. It is believed, however, that such a move would seriously anger Samsung, as it would present huge competition for the company. There’s no way we can know what would happen, or what either company is thinking, but there you have it.

Google may be concerned about Samsung’s reaction, and the reaction of some other Android OEMs, should it choose to push its smartphones hardcore. That’s one part of the fear factor, for sure. The other is the market’s reaction. Google may be taking its time as its smartphones are not well-known in many markets. Many regular users have never heard of Pixel smartphones, as those phones are not being marketed in their countries, nor did they ever see them. The only way they could have heard about them is if a tech-savvy person mentioned it for one reason or the other, but chances are that they forgot it either way.

Google should strive to improve Pixel brand awareness, starting with the markets its phones are available in. People in the US are probably most aware of the Pixel brand, of course. You’d be surprised how different things are in other markets those phones are available in. Even in some of the largest markets in Europe, such as Germany and Italy, people are not that familiar with Pixel smartphones. Google should boost its marketing efforts on all fronts, and try to change that. Following that, it should do the same in more markets. The first step is to make its phones available in those markets, even if it means losing money.

One way Google can achieve this is to offer its phones in limited quantities, of course, and then push to make people aware of them. Google is one of the largest marketing machines in the world, so the company can surely rise Pixel brand awareness, if it wants to. It also has money to burn to do it.

Does Google even want its Pixel smartphones to compete with Samsung and Apple? Well, that’s the feeling we got when the company announced the very first Pixel smartphone. It felt like Google will push Pixels towards greatness, and do its best for those phones to compete with others on the market. The question is, does Google really want to do that? Google certainly doesn’t have to do it. It has a ton of successful businesses which bring in a lot of money, and perhaps it doesn’t want to focus on smartphones as much as some people would want to.

If that’s the case, well, then the company’s strategy is understandable. It’s selling enough phones to stay relevant, and yet it doesn’t want to go overboard. It’s worth noting that the Pixel 6 is the fastest-selling Pixel smartphone ever. That’s something the company’s CEO, Sundar Pichai, confirmed quite recently. So, the Pixel phone sales are improving, but slowly, and they’re also nowhere near where you’d expect them to be.

I do believe that Google should push its Pixel smartphones forward, and not at the pace it has been doing thus far. Google can do so much better than that. Pixel smartphones could really flourish with the right marketing push and willpower on Google’s side. It remains to be seen if something like that will happen down the line, though based on past experiences, it certainly doesn’t seem like it. Our wishes are one thing, and Google’s business strategy is something completely different, of course. 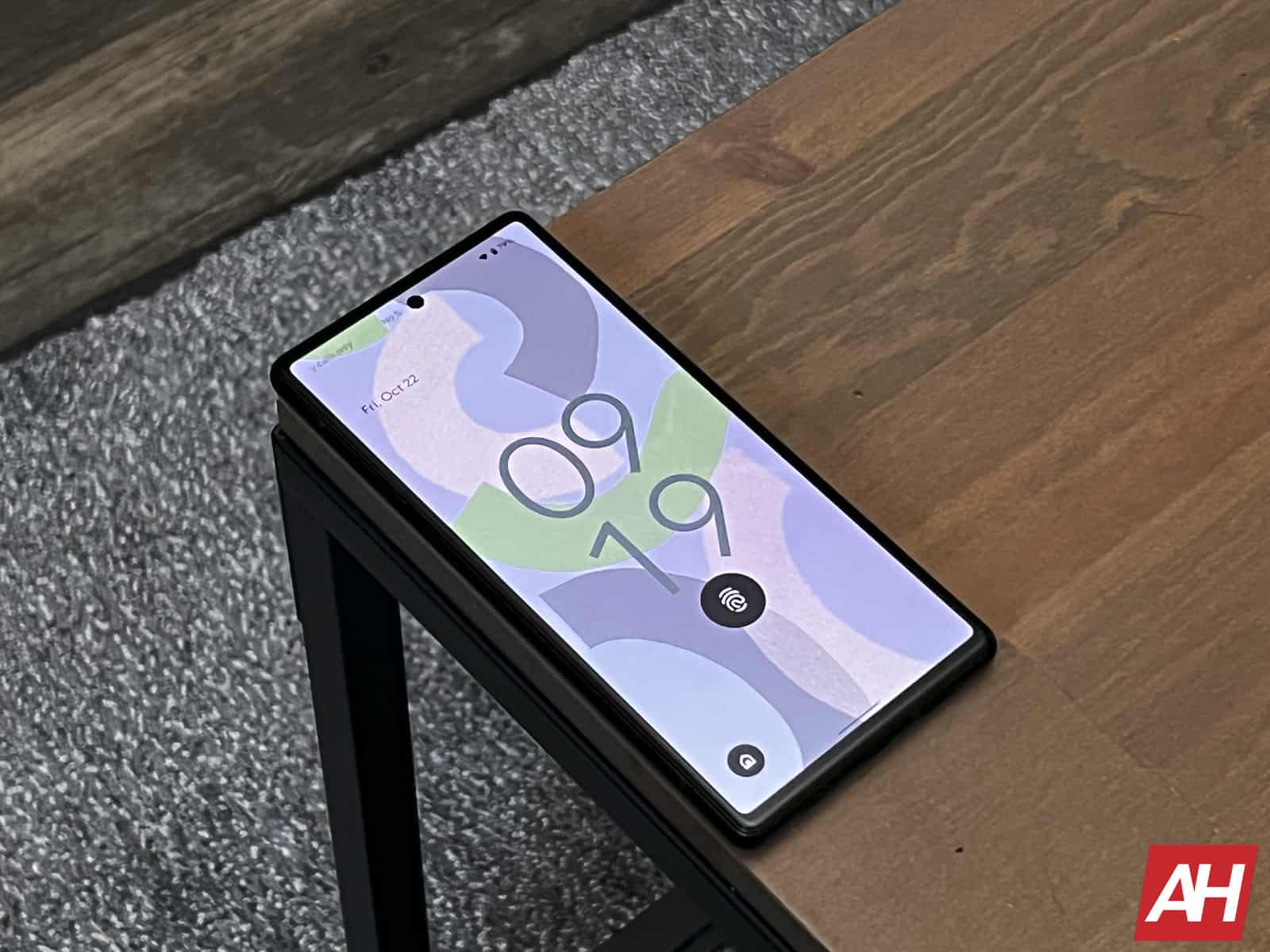 One thing is for sure, it would be great to see Pixel smartphones available in a lot more markets, if not directly, then at least via approved resellers. Many people from the industry don’t have a hard time recommending Pixel smartphones, despite the number of bugs that are usually around. The company’s Pixel A series of devices is usually more or less bug-free, and those are the devices quite a few people trust. Not everyone can afford a flagship smartphone, nor wants to buy one, which is where the Pixel A series devices come in.

Those devices are an easy recommendation for quite a few people from the tech industry. So, it would be great if regular consumers in many more markets could get their hands on them, based on recommendations, if nothing else. As things stand now, it’s impossible to recommend those devices in the vast majority of markets, as they’re simply not available. Let’s see what will happen down the road, Google will hopefully step on the gas pedal and push the Pixel brand forward.