At Google I/O on Wednesday, Google previewed quite a few upcoming hardware products. The Pixel Watch and Pixel 7 (and 7 Pro) were all expected to come this year, in fact, come this fall. But one we were not expecting was the preview of a tablet. One that isn’t coming until 2023. And likely not until the fall of 2023.

Of course, Google did not tell us a lot about the tablet, I mean it is still over a year away from actually launching. So that makes sense. But we do know that it’ll launch with Android 13, or possibly 14, depending on what part of the year it comes. But the pictures that Google shared of the Pixel Tablet were, well, underwhelming. 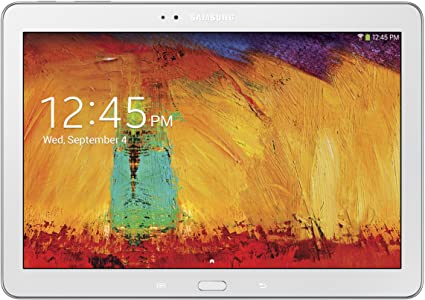 The first thing I thought when I saw this tablet at I/O yesterday was, “that looks like the Galaxy Note 10.1 from 2013 or 2014”. After I Googled it, it did indeed come out in 2014. Take away the capacitive buttons and physical home button, as well as the Samsung logo on the front, and you basically have the Pixel Tablet, but 9 years later. And it’s going to take Google another year to make this? Then when you see the back, it’s pretty reminiscent of the Nexus 7 (2nd gen) from way back in 2012. Not to mention, the Pixel Tablet looks pretty thiccc, with three c’s. That’s very different from the latest and greatest from Apple and Samsung. The iPad now is super thin, but still comfortable to hold. And the same is true about the Galaxy Tab S8.

It’s pretty hard to see how Google plans to compete with this tablet in 2023. The only way I could really see this competing is, if they bring back the Nexus 7 pricing model. The Nexus 7 was priced at $199, which was incredibly cheap for tablets at the time. The iPad was $499 for the base model (this was before the Air and Pro were a thing). So if the Pixel Tablet launches around $500 or less, then it could be pretty competitive.

However, according to Google’s hardware chief, Rick Osterloh, the Pixel Tablet is going to be a “more premium style product” and that it’ll be on the larger side. Which likely means that it won’t be very cheap, and won’t be small. Think close to the 10-12″ sizes of the iPad and Galaxy Tab S models.

Those white bezels have to go

White bezels on a tablet are not a good look. For one, it points out all of the cameras and other sensors in the bezel, but secondly, it just looks terrible. It’s likely that Google is going to do different colors of the Pixel Tablet, and possibly change the bezel for those other colors.

Google is likely trying to copy Apple here with these white bezels. As they did go with white bezels on the iMac last year. However, those bezels are a lot smaller, so they aren’t as bad. Still a lot of people do not like the iMac’s white bezels.

Not only are they white, but they are rather large too. Now yes, we do need to have bezels on tablets, as that’s how we hold the tablet. But they don’t need to be this big. The iPad and even Samsung’s own tablets have much smaller tablets. Of course, we’ve only seen a picture, and we don’t know the size of the screen, the size of the overall tablet or the bezels. But they look huge from here. Now, I could be wrong here, but judging by the fact that the back of the Pixel Tablet is plastic, and that we have not seen the entire back, I think this could be that tablet that docks into a Nest Hub. It’s something we’ve seen rumors of in recent weeks, and it would make sense as to why the back is plastic here. As well as why the bezels are big and white. Matching the Nest Hub and Nest Hub Max that are already on sale.

It would also make sense as to why Google isn’t going to have this ready until 2023 as well. As the ability to dock this into a Nest Hub base isn’t as easy as some would think. And is going to take some time to get the hardware and software right, here.

If that is not the reason for the Pixel Tablet having a plastic back, it better be cost savings. Since the iPad has been aluminum for years, and the Galaxy Tablets are usually glass – until you get to the Galaxy Tab A series. So if it costs the same as an iPad, and is plastic, that’s going to turn a lot of people off.

Google is getting serious about tablets, again

In 2019, Google’s hardware division came out and basically said “we give up on tablets”. Stating that they would be focusing on Chrome OS laptops, instead of making Android tablets. This came after the Pixel Slate had launched the year before and was… well terrible.

Now, here we are about three years later and Google is back into tablets. Not only is it making its own Pixel Tablet, but it is also getting serious about tablet software. Of course, we saw with Android 12L last year, that they were optimizing Android to take full advantage of that larger display on tablets and foldables. But Google is also now updating its apps to work better on tablets. Google has about 20 of its own apps that are being updated to better take advantage of the screen estate on a tablet.

So the Pixel Tablet might not be the only tablet we see come from Google in the coming years. Let’s just hope it’s not on the same level as the Pixel Slate.