Prior to Google I/O, I wrote an editorial titled “Pixel 6a Is A Phone I’m Most Excited About This Year”. I was looking forward to the Pixel 6a for quite some time. I’m still using the Pixel 4a, and I was hoping the Pixel 6a will be compact enough to interest me. During Google I/O 2022 keynote, two days ago, the phone launched. It turns out that some spec rumors were kind of wrong, some for the better, some for the worse. The point is, that didn’t change the way I feel about this phone, I’m still very much interested in it. In this article, we’ll talk about the reasons to get it, and reasons not to. I’ll share 7 reasons to get the Pixel 6a, and 3 not to, plus some additional, honorary mentions. These reasons would be a bit different if I were to be subjective, of course. This article is here to try and help you make your purchasing decision, first and foremost.

Reasons to buy the Pixel 6a

We’ll kick things off with the ‘pro’ section. There are quite a few positives when it comes to the Pixel 6a, and that’s what we’ll talk about in this section. So, let’s get to it.

The phone’s design is definitely one of the reasons to buy it. Google finally updated the design of its Pixel A series of devices. The Pixel 6a is now in line with the Pixel 6 and 6 Pro when it comes to the design. It looks more premium than its predecessors, and it definitely looks unique. This design won’t be everyone’s cup of tea, of course, but it’s hard to deny that it looks unique.

Now, some of you may think that Google included glass on the back of the device, but that’s not the case. Google went for “3D thermoformed composite back with tactile alloy frame”. So, the frame is made out of metal, but the back is not glass. It’s closer to plastic than glass, actually, but that’s not necessarily a bad thing. Glass would only add more bulk to the device, and those of you who don’t plan on using your phone with a case may appreciate the fact that’s not glass on the back. 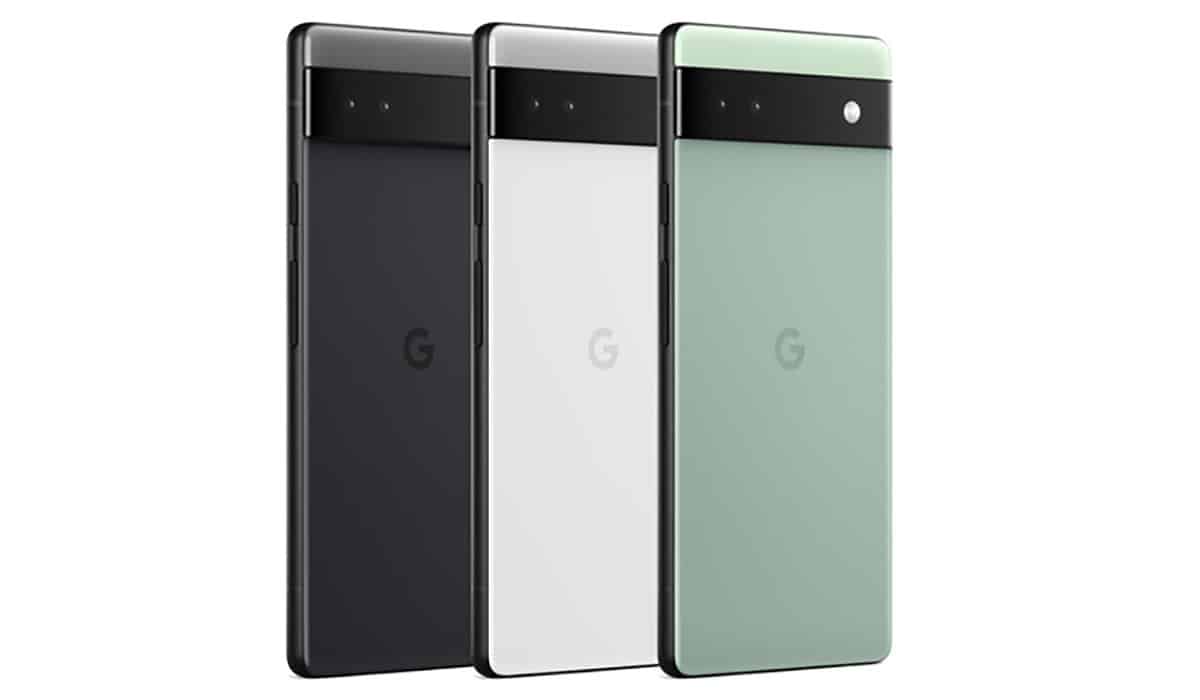 This design, well, more the phone’s size than the design itself, is also a plus for those of you who prefer smaller devices, like me. Honestly, I personally would prefer the Pixel 6a to be even smaller, but there you go. It is definitely a lot smaller than the ginormous smartphones we’re getting today, and definitely an option if you want something a bit more compact.

The Pixel 6a is coming with the Google Tensor SoC. That is Google’s first mobile SoC, and the processor that fuels both the Pixel 6 and 6 Pro. That is a high-end processor, and it’s definitely a good thing Google included it. It’s a major improvement compared to the Snapdragon 765G inside the Pixel 5a 5G. Considering this is Google’s very own chip, the company has a lot more control.

The performance should benefit from the chip, as should battery life, amongst other things. The Pixel 6 and 6 Pro, bugs aside, offered great performance. They also offer great camera performance, which is also connected to the SoC, partially. More on that later, though. The bottom line is, that you’re getting a more powerful chip that Google is free to fully optimize for its Pixel smartphones.

Some of you may not agree with this, which is understandable, as Google used old camera hardware. The Pixel 6a comes with the same main camera the Pixel 2 did, and every Pixel after it, except the Pixel 6 and 6 Pro. It also includes the same front-facing camera as the Pixel 5a 5G. The thing is, those cameras still perform great. The vast majority of people will be more than happy with their performance. 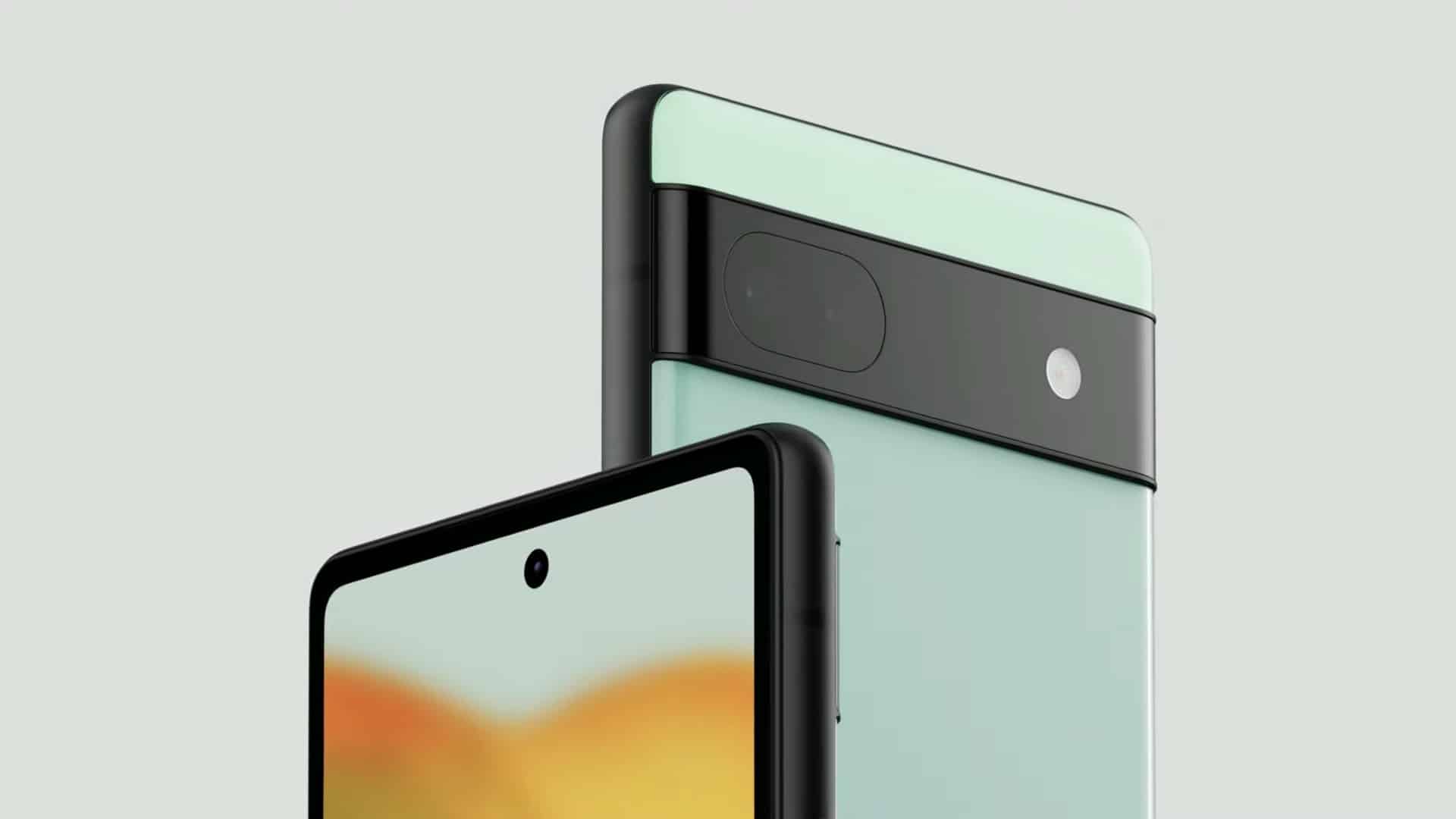 Sure, they’re not the best performers on the market, but Google’s software still does wonders. In fact, with the addition of the Google Tensor, the pictures on the Pixel 6a have the potential to be even better than on the Pixel 5a 5G. It remains to be seen if that will be the case, but there’s always hope.

It’s not just the camera performance, but the features you’ll get alongside it. Magic Eraser is one of those features. This feature launched with the Pixel 6 and 6 Pro, as an exclusive, but it will be included on the Pixel 6a as well. All in all, the Pixel 6a will offer a compelling camera package, despite older camera hardware.

Google’s Pixel smartphones come with Google’s version of Android. The same goes for the Pixel 6a. The device ships with Android 12 out of the box, and hopefully without bugs, or not many of them. Google’s flagships have, unfortunately, become well-known for being buggy. Google usually quickly addresses the most notable bugs, but some of them always remain, and new ones pop up over time. 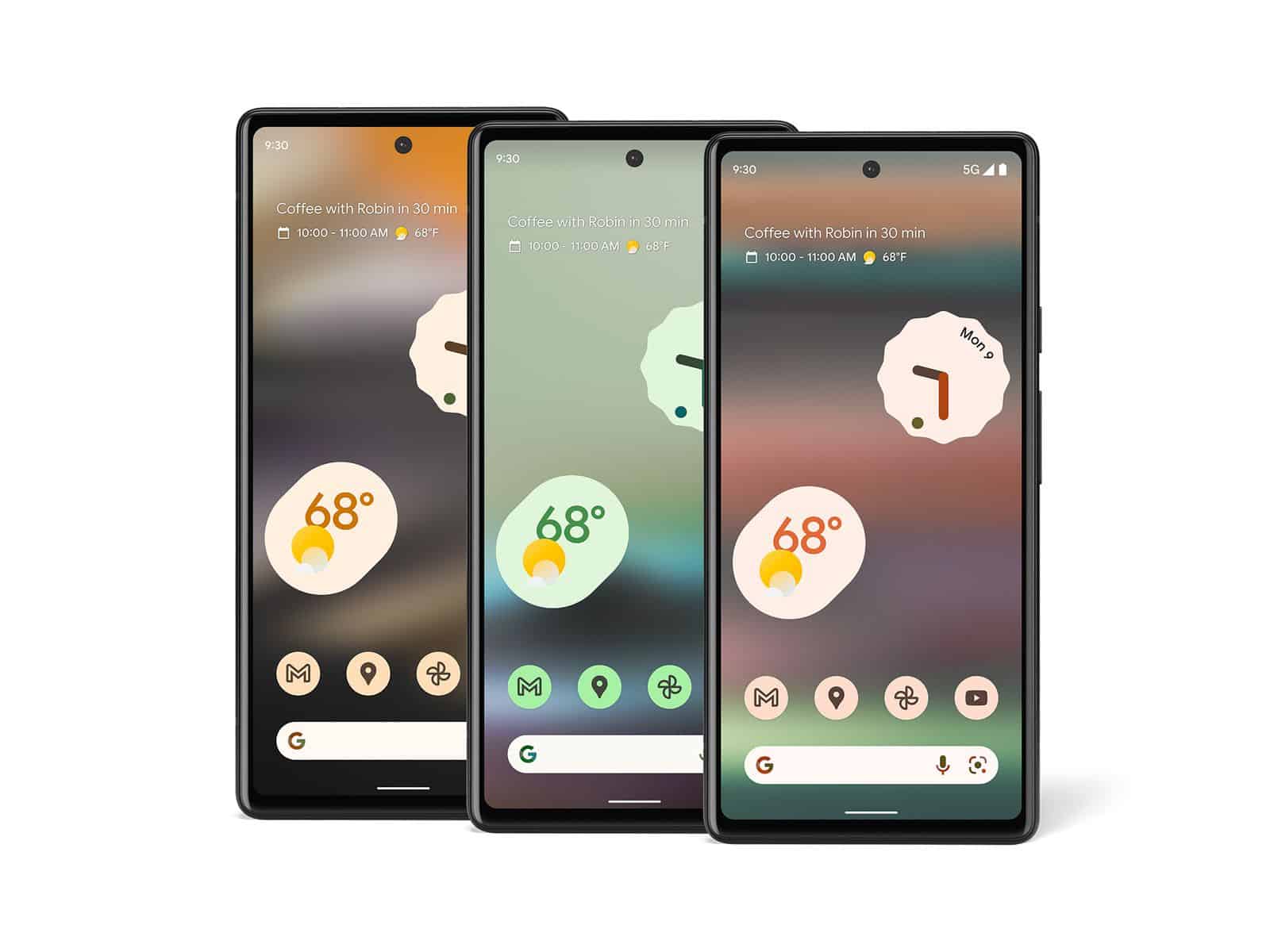 Interestingly enough, that was not exactly the case with the Pixel A series smartphones. They don’t usher in new versions of Android for Pixel smartphones, the company’s flagships do that. So, by the time a new Pixel A phone arrives, Google usually fixes the vast majority of bugs. The Pixel 3a and 4a series devices were relatively bug-free, the same goes for the Pixel 5a. They were all a joy to use, and quite frankly, easy to recommend. We do hope that the same will be the case with the Pixel 6a.

Price is another big reason to get the Pixel 6a, and the last we’ll list in this article. The Pixel 6a is priced at $449, while it will cost €469 in Europe. That is more than a fair price tag considering what you get here. Google upgraded the SoC considerably compared to the Pixel 5a, as it did with RAM and storage modules. The design has also been upgraded, and so on. The price tag remained the same, though. The Pixel 5a 5G was priced at $449 at launch as well.

Considering that flagship smartphones cost… well, a lot, these days, this doesn’t seem like a lot in comparison. For your money, you’re getting a really great-looking phone, with hopefully great performance, and also camera performance. Google did cut corners to keep the price down, but nowhere as many as some other OEMs do.

Reasons not to buy the Pixel 6a

The Pixel 6a does have some minuses as well, though not many of them. Do note that we won’t nitpick too much in this section, as we have to keep the price tag in mind. If the price were higher, more things would be included.

Display protection is something that simply has to be mentioned. The Pixel 6a’s display is protected by the Corning Gorilla Glass 3. That is the same protection Google used in the Pixel 4a and 5G, and quite frankly, it’s not good enough. The Gorilla Glass 3 is prone to micro scratches. I’ve used a number of phones with such protection, and the display always got scratched up pretty bad after a while, even though those were only micro scratches. Going with the Gorilla Glass 5 would be a much better choice, though I guess I understand why Google didn’t do it. 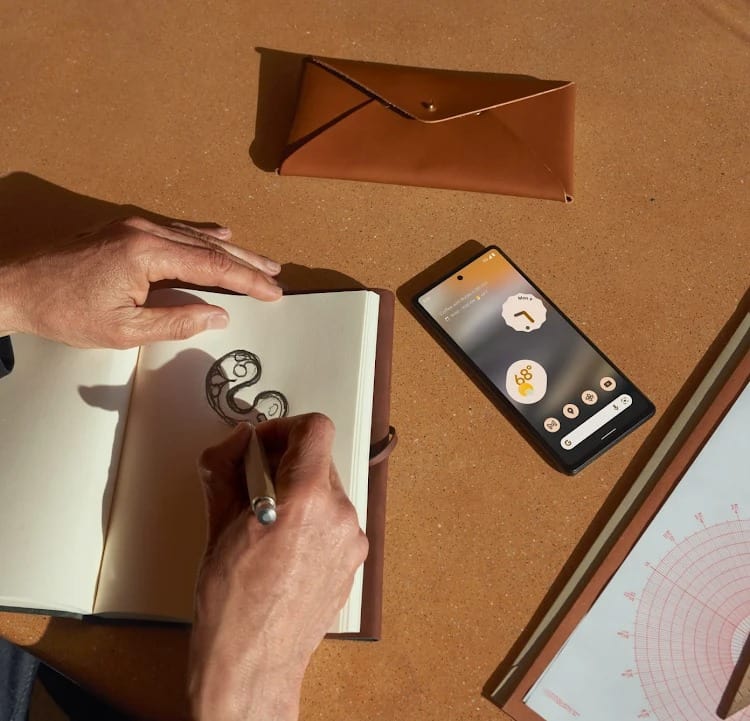 Using Gorilla Glass 5 would increase the price of the phone. Though you have to wonder by how much. Perhaps the tradeoff would be worth it. On the flip side, most people don’t know or care about it, as long as there is some protection on top. Many users will also install screen protectors, and if that’s the case, display protection is not as important. Still, Google should have done better.

We’ve mentioned storage already, but in another context. It’s great to see that Google included UFS 3.1 flash storage inside the Pixel 6a, but unfortunately, the company only gave us one storage option. You can only get the Pixel 6a with 128GB of storage, and there is no microSD card expansion on the device. In other words, you’re stuck with 128GB of storage here. That will be more than enough for most people, but it would be nice to have another option, at least 256GB.

The Google Pixel 6a comes with a 4,410mAh battery. That’s a really nice battery size for this smartphone, but unfortunately, the device supports only 18W charging. That’s the same charging that was included in the Pixel 4a and 5a. On the Pixel 4a, I don’t really think of it much as a problem, as the Pixel 4a has a 3,140mAh battery. It becomes more of a nuisance on the Pixel 5a, and I guess the same will be on the Pixel 6a due to the battery size. 30W charging would be ideal here, but we knew that won’t happen. It was either 18W, or 21/23W one that Google utilizes on the Pixel 6 and 6 Pro. That wouldn’t be any better due to the fact it slows down considerably after 50%. 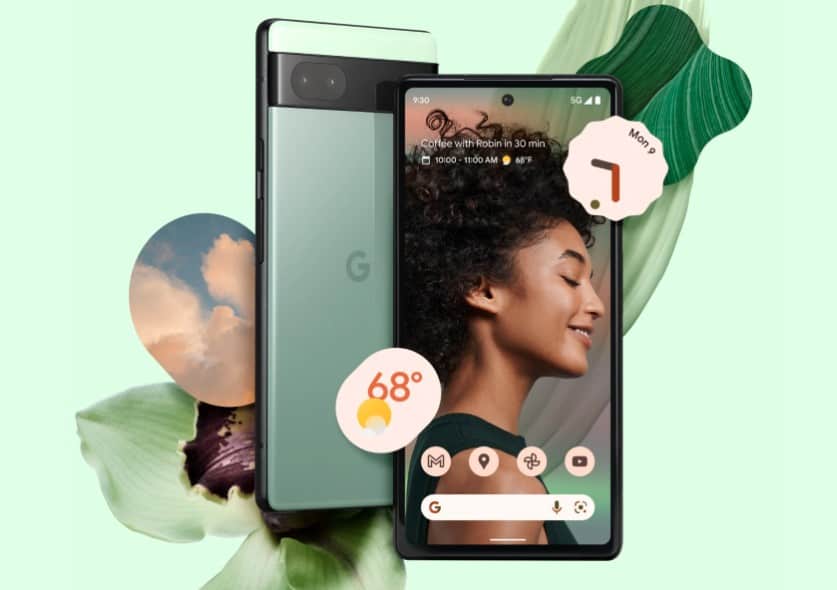 I was also planning to include both ‘refresh rate’ and ‘wireless charging’ in the ‘Reasons not to buy’ category, but ultimately decided not to. Why? Well, because of the price tag. You can’t really expect to get everything when you’re buying a mid-range smartphone. Ditching wireless charging seems like a logical move for the device, and to a degree, so does the refresh rate. The Pixel 6a includes a 60Hz display, not a 90Hz one like some rumors mentioned. It would be nice to see a 90Hz panel inside of this phone, that’s for sure, but it’s easy to understand why Google opted against it.