The Google Pixel 5 was announced by Google on September 30, in a virtual event. It’s the follow up to one of 2019’s worst smartphones, the Pixel 4.

With the Pixel 5, Google opted to go back to the basics, and make a cheaper smartphone, that included all of the fundamentals. So instead of having the latest bleeding-edge silicon inside, or having the biggest and best screen, Google opted for specs that everyone can love. That includes a slightly slower processor, a smaller display, but keeping the same great camera that Pixel has been known for. The Pixel 5 isn’t here to compete with Apple and Samsung, but to be a cheaper alternative to those two smartphone giants.

You’ll find everything you need to know about the Google Pixel 5 here. From the release date, to the specs, to pricing, availability and everything in between.

How much does the Pixel 5 cost?

It also comes in one storage variant with 8GB of RAM and 128GB of storage. And only two colors. So there isn’t a better model that you can spend more on to get better specs, unlike in previous years.

That brings it back down to a price we haven’t seen for the flagship Pixel since the original Pixel in 2016. The Pixel was $699 and the Pixel XL was $769. Those were simpler times. It’s good to see it being brought down to a more affordable price, when we have other smartphones that are crossing the $1,200 mark nowadays.

Pixels always get some sort of price drop, shortly after they go on sale. And that’s because these phones are not big sellers like the Galaxy S20 or Note 20 series. And carriers are looking to move these. At launch, Verizon has some pretty good deals on the Pixel 5, but it is likely to drop even further on Black Friday in November. You could ideally see the Pixel 5 go as low as $500 then.

No matter the phone, prices always drop as soon as a month after its launch. So do keep that in mind before picking one up. Especially if you’re looking to get one at a pretty cheap price.

Best Buy will be selling the Pixel 5 for $499 on Black Friday – but there is a caveat. This price is only available if you activate it on Verizon the same day. Where can I buy the Google Pixel 5?

It is available from Best Buy, Amazon, Google Store, and Verizon in the US. Verizon (and Google Fi) are the only carriers officially selling it, but it is going to work on all three carriers. As this is an unlocked smartphone and supports both mmWave and Sub-6 5G networks.

What carriers support the Pixel 5?

In the US, the Pixel 5 is supported by all three major carriers: AT&T, T-Mobile and Verizon. That also includes any MVNOs that run on those networks, like Straight Talk, Cricket, and such.

It also supports all 5G networks in the US. Including Verizon’s mmWave network.

Which carriers will sell the Pixel 5?

So far, only Verizon has opened pre-orders for the Pixel 5. But AT&T has confirmed to AndroidHeadlines that it will be carrying the Pixel 5 (and Pixel 4a 5G) as well. Though pricing and pre-order availability has not been confirmed just yet. T-Mobile has not said a word about the new Pixels. So it’s possible that they could be opting not to sell either device.

Verizon has always been a big partner for Google with the Pixel devices, having the exclusive for the first three years and spending tens of millions, advertising the phones. But, even if the carriers are not selling the Pixel 5, you can still pick it up from Google and use it on your carrier. Since it is being sold unlocked. All you need to do is pop in your SIM card and you’re all set. 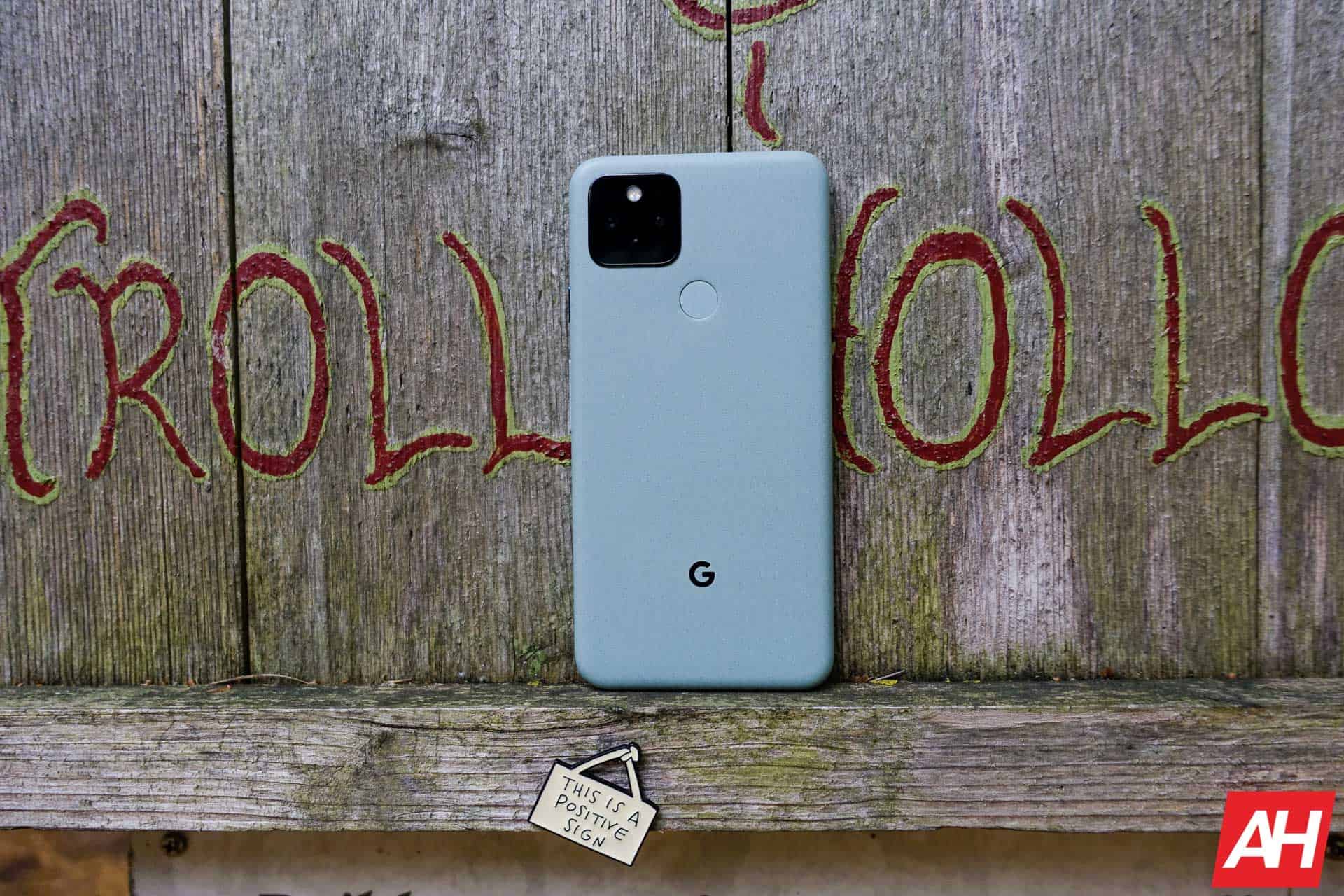 What colors does the Pixel 5 come in?

Google is offering it in two colors this year: Just Black and Sorta Sage. Unfortunately, there isn’t a white color this time around, as there has been for every Pixel device, ever. But you are getting the plain black that a lot of people love, along with an exciting color in Sorta Sage, which is sort of a darker green color on the Pixel 5.

It’s possible that the Pixel 5 is not coming in white because it’s using a metal-ish back. And doing white would have been tough and possibly discolored a lot sooner than one would want.

What are the specs of the Google Pixel 5?

Many refer to the Pixel 5 as being a mid-range smartphone, and well, that’s their opinion. This is still a very capable smartphone, even without Qualcomm’s most powerful chipset on the market. The specs are pretty much what you’d expect for the Pixel 5 though.

What new features does the Pixel 5 have?

Google was actually pretty quiet about new features on the Pixel 5 this year. There are plenty of new features, but not nearly as much as the Pixel 3 and Pixel 4 had when they were announced. This could partly be due to the fact that the Pixel 5 is much more affordable this year.

As always, the biggest new features are within the camera. And this year, it has a few new camera features available, like Night Sight Portrait Mode. Google has essentially taken two of its most popular camera modes and combined them into a single mode. That’s Night Sight and Portrait Mode. Allowing you to get some great selfies, at night. And with most of us doing bonfires now that it is starting to get cold, you can get some really cool looking night selfies out of the Pixel 5 camera.

Though, the images that Google released to show off this feature, don’t look all that great. So these may not be stunning. But still cool that it can be done.

Google is finally taking video seriously this year with the Pixel 5. It has added Cinematic Pans, so creators can really use this phone to make videos.

The Pixel team took a feature that creators use quite a bit in their videos and built it into the phone. Something that would normally need a gimbal to be done properly. Basically, Google is taking its OIS to a whole new level with the Pixel 5, and this Cinematic Pans feature. It is slowing down your video to 2X, so that it can get those smooth and crisp shots.

Speaking of video, Google also added a much requested feature for video. And that’s 4K60. Last year with the Pixel 4, many were shocked that it was not included. After all, the sensor and the processor were both capable of 4K60, but Google had a few reasons why it was left off. Stating that no one wanted it, it took up to much storage (remember Pixel 4 came in 64GB and 128GB models), etc.

But this year, 4K60 is here. Allowing you to get some really smooth video in 4K on this smartphone, making for an interesting way to make videos. Of course, it will use up more storage, but since the Pixel 5 comes with 128GB of storage, that shouldn’t be a big issue. You can also offload these to Google Photos to make more room.

Hold for Me with Google Assistant

Outside of the camera features, there are a few others included. Like the new “Hold for Me” feature with Google Assistant. If you’ve ever called your ISP, wireless carrier, or really any other company, you’ve probably been put on hold for a while until someone can answer your call.

Well, now instead of having to sit there and listen to their terrible hold music, Google Assistant can do that for you. It’ll sit on hold for you, and let you know when someone is on the line to speak with you. So you can keep going about your day. It’s a fairly simple feature, but a very useful one.

There are plenty of other features available on the Pixel 5 as well. Some of which will be coming to older Pixel devices via a feature drop in the coming months. 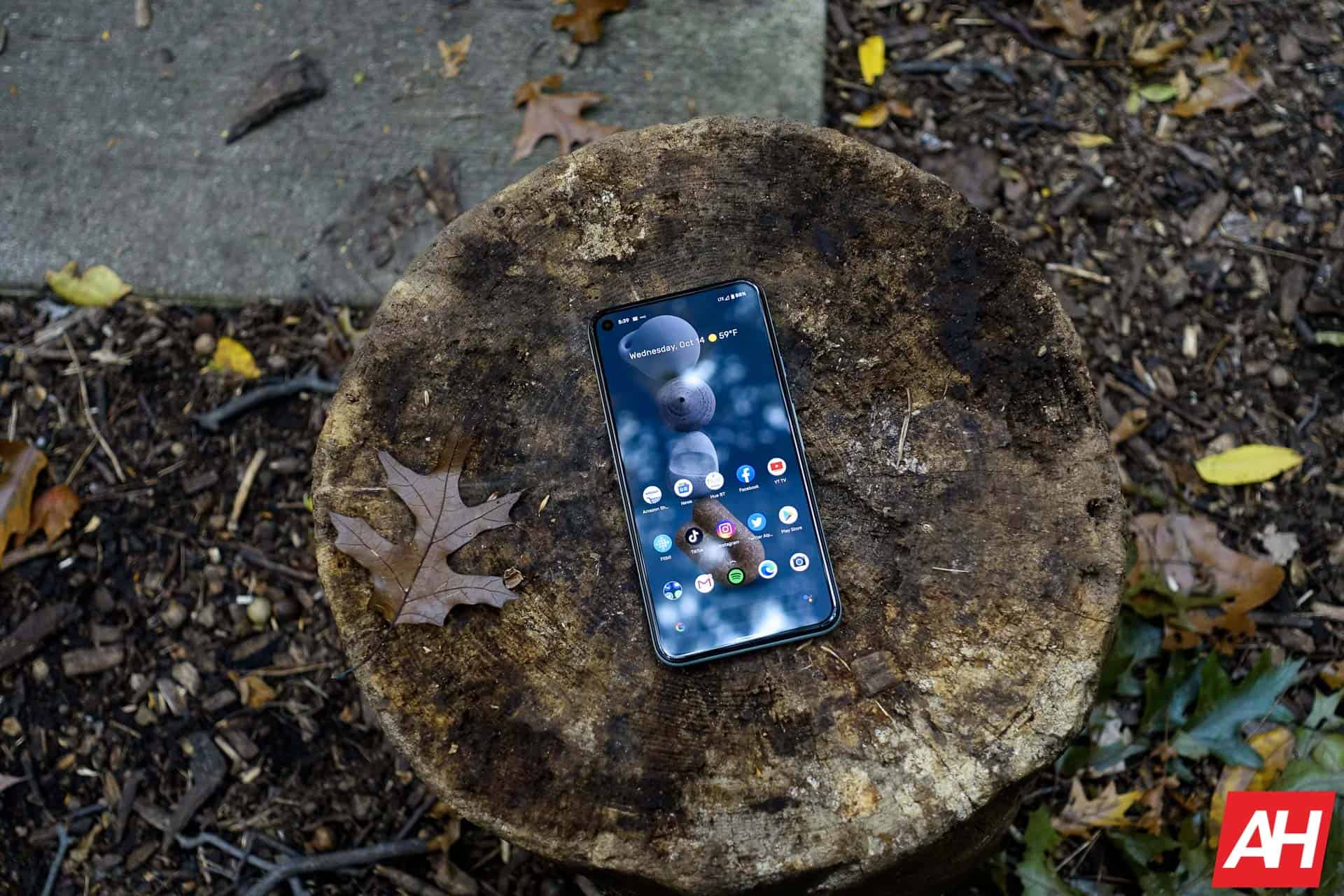 Is the Pixel 5 environmentally friendly?

Google has been working to eliminate e-waste lately, and with its new products, they are mostly made from recycled materials. Including the Pixel 5. So if you’re worried about the environment, you can purchase the Pixel 5 without worrying about it being bad for the environment.

The cases that Google is selling for the Pixel 5 are also made from 100% recycled fabric too.

What cases are available for the Pixel 5?

There are plenty of cases available already for the Pixel 5. And we’ve rounded up the ten best cases here.

Google also has its usual fabric cases available, which are made from 100% recycled fabric. So they are good for the environment. And they also come in a few different colors to match the Just Black and Sorta Sage color of the Pixel 5. They are available in green chameleon, blue confetti, static grey and basically black. All of which would look good on either color of the Pixel 5.

Google had initially planned on releasing two Pixel 5’s this year, but never a Pixel 5 XL. It planned on a Pixel 5 and a more high-end, premium Pixel 5s. Those turned out to be the Pixel 4a 5G and Pixel 5, as the year progressed, due to the pandemic and the economic downturn though.

All three of this year’s Pixels are actually fairly small in size. Ranging from 5.8-inches to 6.2-inches. If you want a larger phone, you’ll need to grab a Samsung smartphone, unfortunately. Or you can get one of Motorola’s newer devices like the Edge+ if you want a bigger screen with a nearly stock version of Android. 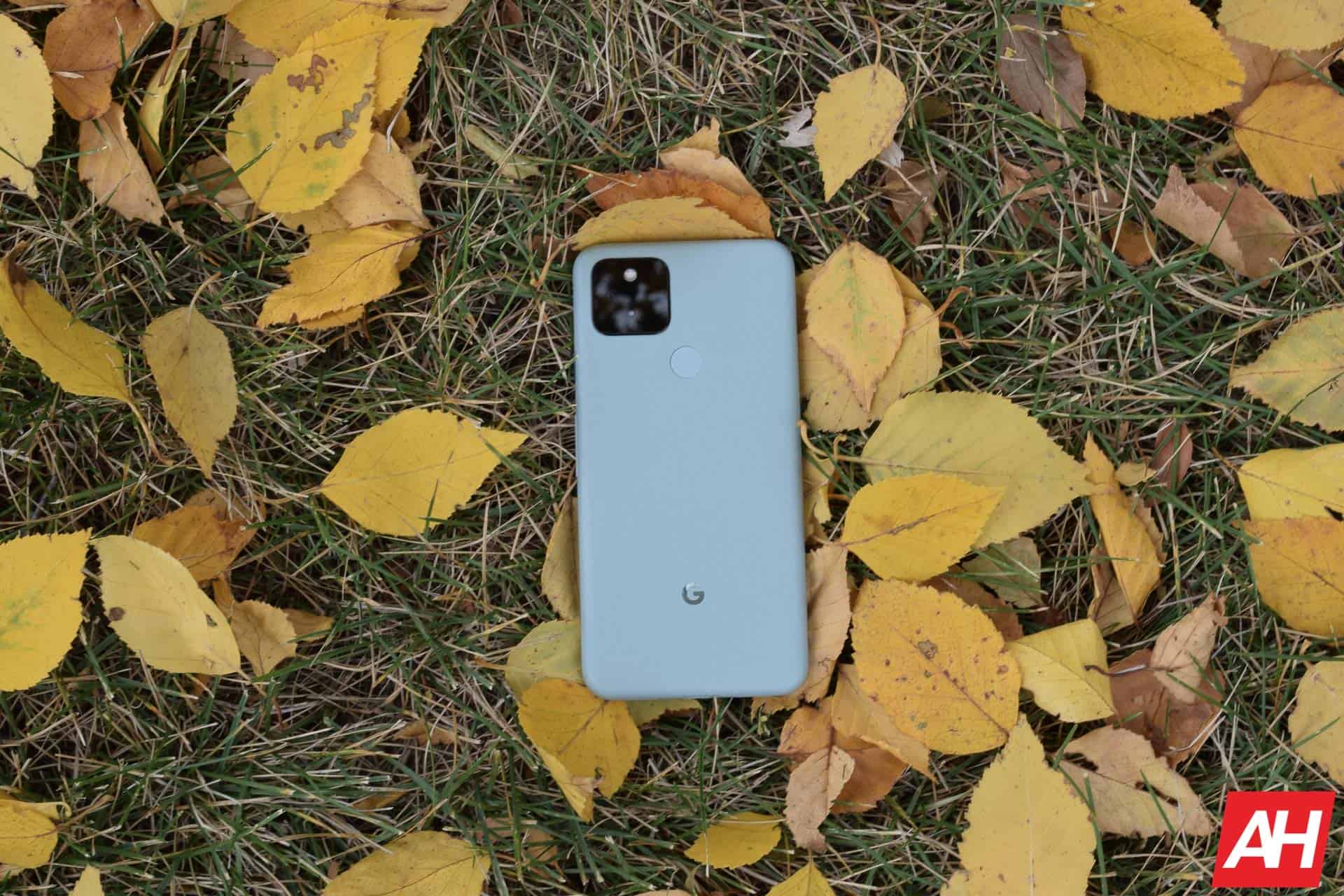 That really depends on what you want. The Pixel 4a series are plastic smartphones, while the Pixel 5 is metal coated in paint for some wireless charging trickery. But if you’re debating on getting the Pixel 5, the Pixel 4a 5G might be more your speed.

There’s not a lot of differences between the Pixel 4a 5G and the Pixel 5. It has the same cameras, it has a slightly larger display, a little bit less RAM and a slightly smaller battery. Otherwise it is mostly the same. Not to mention $200 cheaper – unless you are planning to get the Verizon model, which is going to be $599.

At this price point however, there are a few other phones that are really good contenders for your next smartphone. Like the Galaxy S20 FE, which is also $699 and discounted in a lot of places already. It sports better specs – like the Snapdragon 865 chipset and 120Hz display – and comes in more colors. The OnePlus 8T is also coming soon and it is pegged to be around the same price. It’ll also likely come with better specs than the Pixel 5, knowing OnePlus’ way of faster than fast.

This $700 price point is becoming a very popular price point as of late, and there’s a lot of new contenders coming in here. So you aren’t going to have to spend a grand to get a good new smartphone.