The Google Pixel 4a 5G is here as the company’s “budget” 5G smartphone for 2020. It was announced on September 30 in a virtual event. And went on sale on November 19.

You’ll find everything that you need to know about the Google Pixel 4a 5G here. Including the price, where to buy the Pixel 4a 5G, release date, new features and much more.

How much does the Pixel 4a 5G cost?

There is a second variant of the Pixel 4a 5G for Verizon, which costs $599, and we’ll talk a bit more about that later.

The Pixel 4a 5G went up for pre-order on October 29, and will be available for purchase on November 19.

This price pits the Pixel 4a 5G in the sub-$500 smartphone range, which has become very good over the last few years. And also makes it one of the cheapest 5G smartphones on the market today.

As of right now, you can only pre-order the Pixel 4a 5G from the Google Store.

That will change in the near future, however, as the device becomes available from other carriers including Verizon and AT&T.

After November 19, when the Pixel 4a 5G becomes available everywhere, it’ll be available from the Google Store, Amazon, Verizon, AT&T and Best Buy. 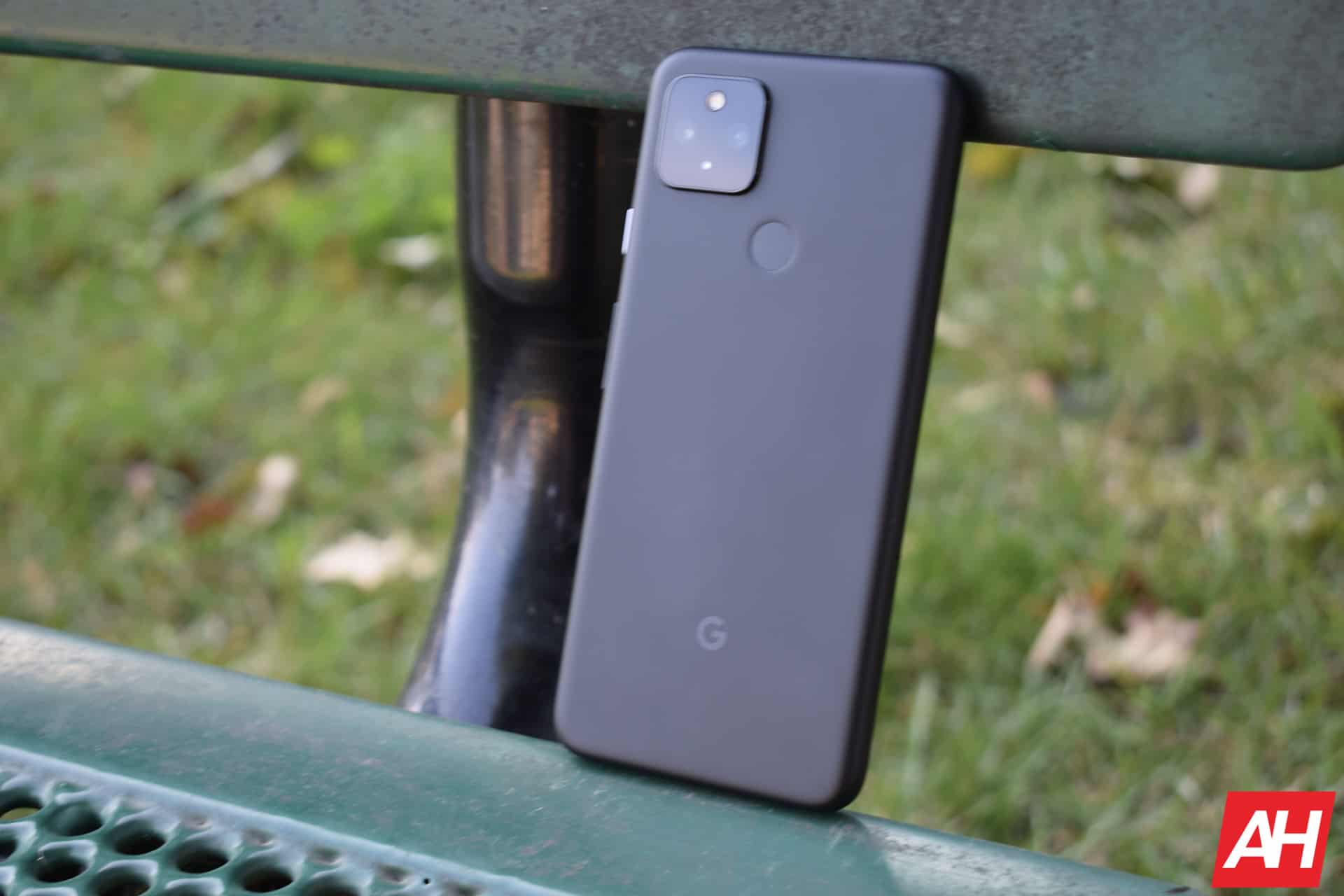 What carriers support the Pixel 4a 5G?

All three US carriers support the Pixel 4a 5G. That includes AT&T, T-Mobile and Verizon.

MVNOs like Xfinity Mobile, Mint Mobile, Google Fi, Straight Talk and others will also support the Pixel 4a 5G – as long as you purchase the unlocked model.

Similar to previous years, even though every carrier might not be selling the Pixel 4a 5G (we know AT&T and Verizon will be), it will still work with them all.

Does it support 5G on my carrier?

The Pixel 4a 5G comes in two variants. There’s an unlocked variant that supports Sub-6 5G from all three carriers. And there is a second model, the Pixel 4a 5G UW. Which is almost exclusive to Verizon, as it supports its mmWave network.

The Pixel 4a 5G UW is also $100 more, because it supports mmWave. This is a trend that we have seen with other smartphones that were made specifically for Verizon’s 5G network. And unlike the Pixel 5, everyone won’t have to pay that “5G tax” for Verizon customers.

For most people, the regular, unlocked Pixel 4a 5G will be plenty fine. Since mmWave 5G is pretty tough to find these days. That is because mmWave does not cover as much area as low band 5G does. But that is what gives you those crazy fast speeds.

The simple answer is no.

We’ve been pretty firm in every review we have published in 2020, that you shouldn’t buy a phone for 5G. You should buy it for other reasons, like the camera, battery life, etc. And if it is a 5G phone, then that’s an added bonus.

5G is not built out that well in the US. And for most people, even if they have 5G coverage, it may not be faster than 4G LTE. And that’s because most people have access to low-band 5G, which is slower but covers more area. And not mmWave, which covers very little area, but provides crazy fast speeds – we’ve seen up to 3Gbps on mmWave networks.

Basically, don’t buy the Pixel 4a 5G for 5G, buy it for the other features it boasts.

What colors is it available in?

Google decided to keep it simple this year with its Pixel 4a models, sticking with one storage and one color variant. Which is also what helps keep the price down on the Pixel 4a 5G. And that is always appreciated.

Unlike the Pixel 4a, the 4a 5G model has a white power button. Instead of a faint mint colored power button. It’s still unique, but not as fun as the cheaper Pixel 4a. 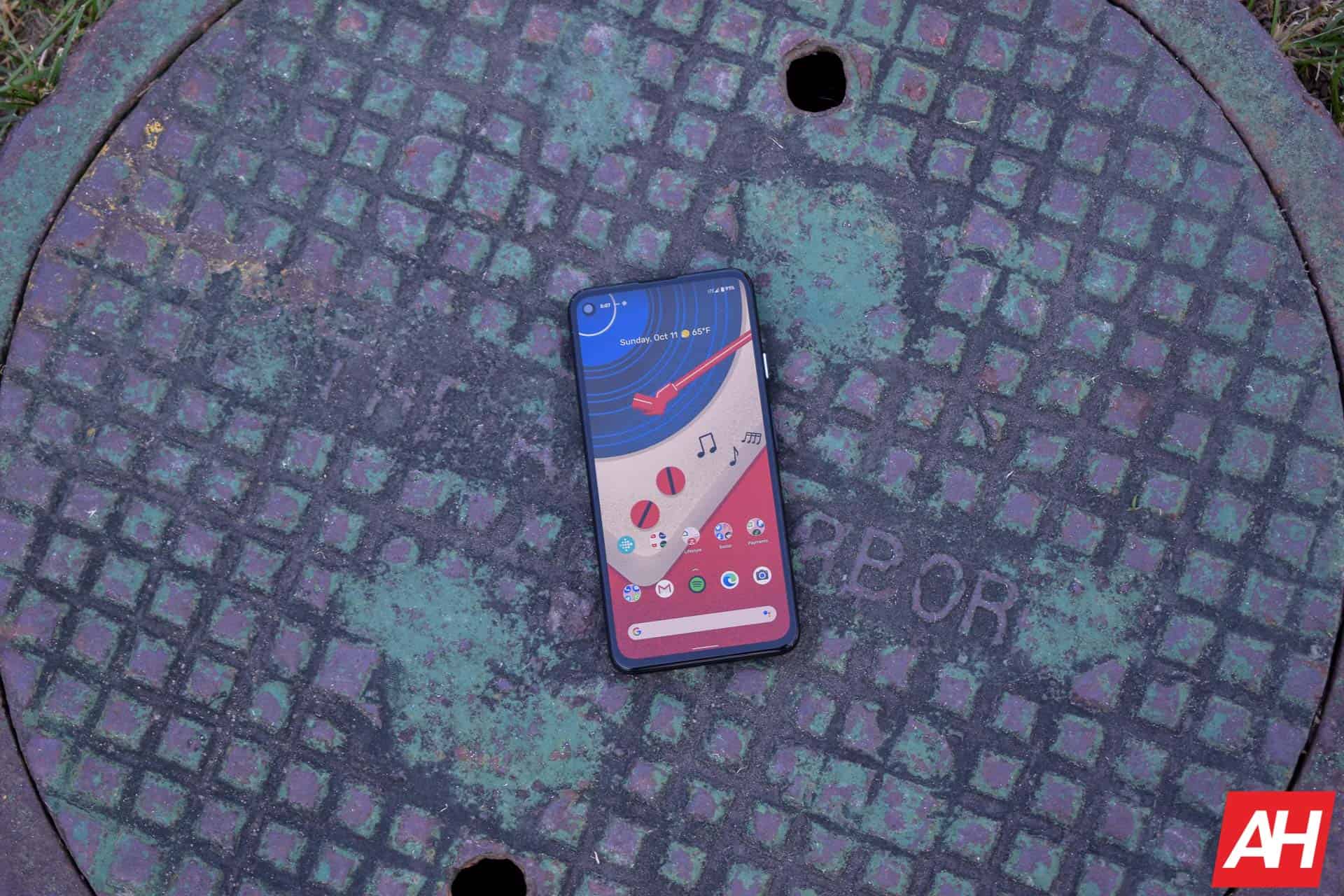 Followed by the USB-C charging brick and a USB-C to USB-C cable for charging. There is also the usual assortment of paperwork and a SIM ejection tool. Unfortunately there are no more Team Pixel stickers. Google seems to have stopped offering those after the Pixel 3 series in 2018.

Thankfully, there is a charger in the box with this one. It’s an 18W charger, so not quite as fast as some of the competition, but still fast enough. And at least it comes with a charger, unlike the $999 iPhone 12 Pro.

What are the specs of the Pixel 4a 5G?

Where’s the Pixel 4a 5G review?

You can read our review of the Pixel 4a 5G right here.

But the TL;DR of the review is that this is a really impressive phone for $500. Google fixed a lot of the things we complained about with the Pixel 4 series last year. Which was mainly battery life. It can last you a day and a half, if not a bit longer. Which is truly impressive.

What new features does this smartphone have?

As always, the biggest new features are within the camera. And this year, it has a few new camera features available, like Night Sight Portrait Mode. Google has essentially taken two of its most popular camera modes and combined them into a single mode. That’s Night Sight and Portrait Mode. Allowing you to get some great selfies, at night. And with most of us doing bonfires now that it is starting to get cold, you can get some really cool looking night selfies out of the Pixel 4a 5G camera.

Though, the images that Google released to show off this feature, don’t look all that great. So these may not be stunning. But still cool that it can be done.

Google is finally taking video seriously this year with the Pixel 4a 5G. It has added Cinematic Pans, so creators can really use this phone to make videos.

The Pixel team took a feature that creators use quite a bit in their videos and built it into the phone. Something that would normally need a gimbal to be done properly. Basically, Google is taking its OIS to a whole new level with the Pixel 4a 5G, and this Cinematic Pans feature. It is slowing down your video to 2X, so that it can get those smooth and crisp shots.

Speaking of video, Google also added a much requested feature for video. And that’s 4K60. Last year with the Pixel 4, many were shocked that it was not included. After all, the sensor and the processor were both capable of 4K60, but Google had a few reasons why it was left off. Stating that no one wanted it, it took up to much storage (remember Pixel 4 came in 64GB and 128GB models), etc.

But this year, 4K60 is here. Allowing you to get some really smooth video in 4K on this smartphone, making for an interesting way to make videos. Of course, it will use up more storage, but since the Pixel 4a 5G comes with 128GB of storage, that shouldn’t be a big issue. You can also offload these to Google Photos to make more room.

Hold for Me with Google Assistant

Outside of the camera features, there are a few others included. Like the new “Hold for Me” feature with Google Assistant. If you’ve ever called your ISP, wireless carrier, or really any other company, you’ve probably been put on hold for a while until someone can answer your call.

Well, now instead of having to sit there and listen to their terrible hold music, Google Assistant can do that for you. It’ll sit on hold for you, and let you know when someone is on the line to speak with you. So you can keep going about your day. It’s a fairly simple feature, but a very useful one.

There are plenty of other features available on the Pixel 4a 5G as well. Some of which will be coming to older Pixel devices via a feature drop in the coming months. Does it have a headphone jack?

In 2020, this is a question that has kind of run its course. Most smartphones don’t have a headphone jack.

But the Pixel 4a 5G isn’t most smartphones. The Pixel 4a 5G does indeed have a headphone jack. It is located on the top of the phone, and you can plug in your favorite pair of wired earbuds into this phone. For many, that’s better than using Bluetooth earbuds – as that is another battery you need to charge.

Thankfully, Google has decided to keep the headphone jack on the cheaper, Pixel 4a models.

Is the Pixel 4a 5G environmentally friendly?

That makes it a lot easier to purchase the Pixel 4a 5G and not worry about it being bad for the environment. For those that are environmentally-conscious, that is definitely a good thing. It also continues Google’s trend of moving to a more environmentally friendly company.

Should I buy this over the other Pixels launched this year?

The three Pixel smartphones that Google launched this year are very similar in specs, build quality and features. But range from $349 to $699. We believe that the Pixel 4a 5G is the best Pixel for the money.

This is because it boasts most of the features from the Pixel 5, minus the wireless charging and the aluminum backside. And you’re also getting a slightly larger display, with great battery life. Now you do lose out on the 90Hz display, which for most people that isn’t going to matter. Even the new iPhones don’t have a high-refresh rate display, and they are far more expensive.

There is a lot of competition in this space now though, with OnePlus launching its Nord series of smartphones. Like the Nord, Nord N10 and even the Nord N100 (which is actually about half the price of the Pixel 4a 5G). Of course, we also have plenty of Motorola phones in this price range too. However, from a value proposition, the Pixel 4a 5G is the best Pixel to buy in 2020. And possibly even the best phone to buy this year. Considering all of the features it has, at this price point.