This is yet another reason why users are likely going to stick with Google Photos, even after it gets rid of the unlimited storage feature on June 1. Which has annoyed many people – including yours truly – but because of how useful Google Photos is, it’s unlikely that Google will see a huge exodus when the change takes place on June 1.

It’s a pretty simple concept, but Google has not given much info about the feature just yet. So we’ve put together this guide to help you learn everything that you need to know about the Google Photos Locked Folder.

What is the Google Photos Locked Folder?

Google says that the Photos Locked Folder is a way for you to move photos into a folder that is locked behind a passcode. So that when you hand your phone to someone to show them a picture, when they inevitably scroll through your library, they don’t come across any sensitive pictures.

Of course, Google’s examples are of driver’s licenses, passports and stuff like that. But most people are likely going to use this to store nudes that they’ve taken (and likely sent to their significant other).

The Locked Folder is going to be locked behind your phone’s passcode. However, it isn’t unlocked once you unlock the phone. You’ll need to tap on the “Locked Folder” inside the Google Photos app, then authenticate yourself again. So even if you hand your phone to someone, and they tap on the Locked Folder, they won’t be able to access it. Thankfully. Think of it like your bank app, or another app that needs authentication.

Once you have added photos to your Locked Folder, they will not show up in your grid, memories, search or in albums. It’s like they are completely gone, other than being in the Locked Folder. Which means that it is truly locked and secure.

Are photos in the Locked Folder Backed up?

Google wants to make sure that the photos in your Locked Folder are secure, and that means you can’t store them in the cloud. We’ve all seen instances of cloud platforms getting hacked – like iCloud for example. So keeping these photos from being backed up to the cloud, means that they are less likely to get into the wrong hands. 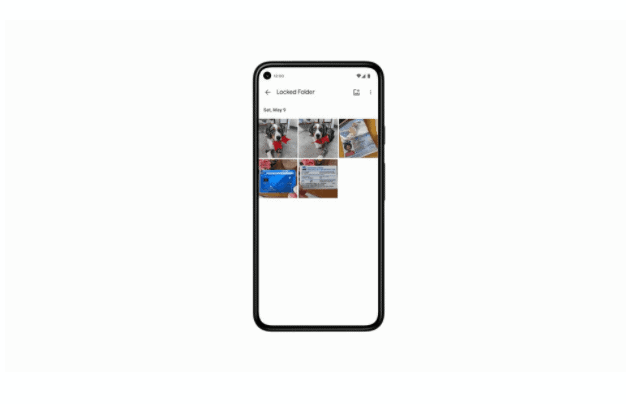 If you move existing photos into the Locked Folder, Google says that “cloud backups of these items will be deleted.” Additionally, they will also be removed from your existing albums, memories and photo print orders. They also will not be shown on Google smart displays, like the new Nest Hub.

Google also has a long list of other things that can’t be done with the Locked Folder pictures. You also won’t be able to edit these photos, share them, add them to an album or photo book and you won’t be able to share them on social media sites like Facebook or Instagram. Which is kind of the point of keeping these photos private. So while it sounds like a whole lot of things can’t be done here, that’s by design.

How do you add to the Locked Folder?

Currently, the Locked Folder is coming to Pixel devices first. So we only really know how this works on Pixel smartphones for now. As Google has said it will come to other devices later this year. But it has not yet rolled out.

There are going to be two ways to use the Locked Folder on the Pixel. Firstly, you can save snaps directly to the folder from the Pixel Camera. The other way is to move existing images and videos to the folder after it is set up. Google does say that non-Pixel devices will only be able to do the latter, unfortunately.

Firstly, you’ll want to set up your locked folder. So head into the Google Photos app. Then tap on Library, and then Utilities. Towards the bottom of the screen, you’ll see “Locked Folder”, tap on that. And then tap on “Set Up Locked Folder”. It’ll walk you through setting it up, which is pretty simple. 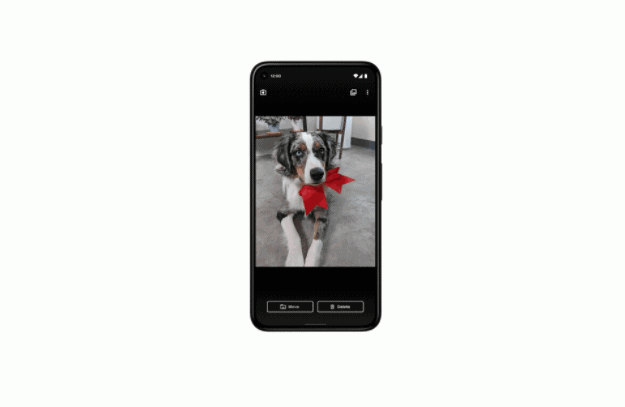 Keep in mind that this means every photo will be added. So it might be better to just do it later in the Google Photos app. Unless you want every picture ever taken to be added to the Locked Folder.

Can I move existing pictures to the Locked Folder?

Yes. And this is how most people are going to use the Locked Folder.

As mentioned above, you can opt to send every photo to the Locked Folder, but that’s likely not ideal. So instead, most people will be moving to the folder after they are taken.

As we’ve mentioned already, once you move photos to the Locked Folder, they won’t be backed up tot he cloud. Unless you opt to upload them elsewhere like Dropbox, Google Drive, or somewhere else. 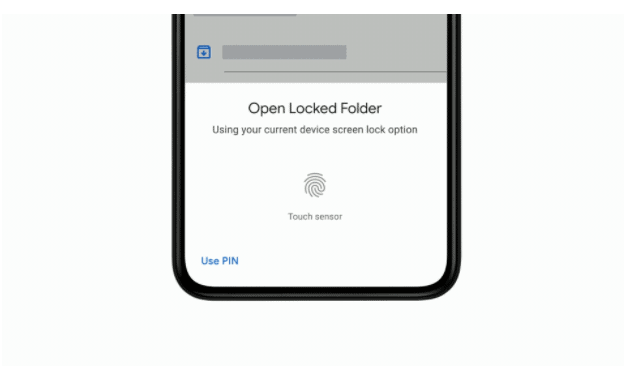 What’s the difference between this and Samsung’s Secure Folder?

When Google first announced this, it seemed like the Locked Folder was a big difference from Samsung’s own Secure Folder. But now that we’ve gotten more information on this feature, it seems that it is very similar actually.

Samsung’s Secure Folder is a way for you to add files, pictures and more items to a locked folder that is secured behind a password. So that other people can’t access them. The big difference here is that Google Photos doesn’t do this with documents, only with Photos. Especially since it can’t be uploaded to the cloud.

So in all honesty, this is basically Samsung’s Secure Folder, but now for all of Android (starting with Pixel, of course).

We could gather from this list, that any device released after 2019 would be supported (even though the Pixel 3 came out in late 2018). But that is not for certain.

Is it worth using?

If you’re okay with these photos not being backed up to the cloud, then it is definitely worth using. Especially if you’re worried about some sensitive photos getting accessed in a hack, or others seeing it when you give them your phone.

This feature should be rolling out in the coming weeks, Google has not yet rolled it out and has not said when it is coming. But it is highly doubtful that it needs Android 12 to work. But considering it says that it will roll out to additional Android devices “throughout the year” it likely is coming well before Fall.