Google One is the company’s latest cloud storage offering, which combines your storage across Google products, into one service. Every user gets 15GB of storage free (5GB for Gmail, 5GB for Drive and 5GB for Photos) that can be used across your Google account. But Google One does come with a number of other freebies, and it’s a paid service too.

Google One is very versatile, and one of the better cloud storage services out there, mostly because it is tied so tightly to your Google account.

Here’s everything you need to know about Google One. From the pricing, to features, and even some benefits that Google offers.

When Google launched Drive nearly a decade ago, it started to get into the cloud storage game. But for the most part, everything was zero-rated in your Drive account, so storage quotas weren’t really a thing. And Google gave everyone 5GB of storage for free, which was enough for most people who were uploading documents and files to Drive.

As things got more popular, and more data was stored on Google’s servers, they started having to charge users for storage. But made it pretty simple, giving everyone 15GB of storage per account. It worked out to 5GB for each of its three major storage services: Gmail, Drive and Photos. But none of them were capped at 5GB each. Meaning you could use 8GB for Drive, 2GB for Photos and 1GB for Gmail, and still have 2GB left over for storage. 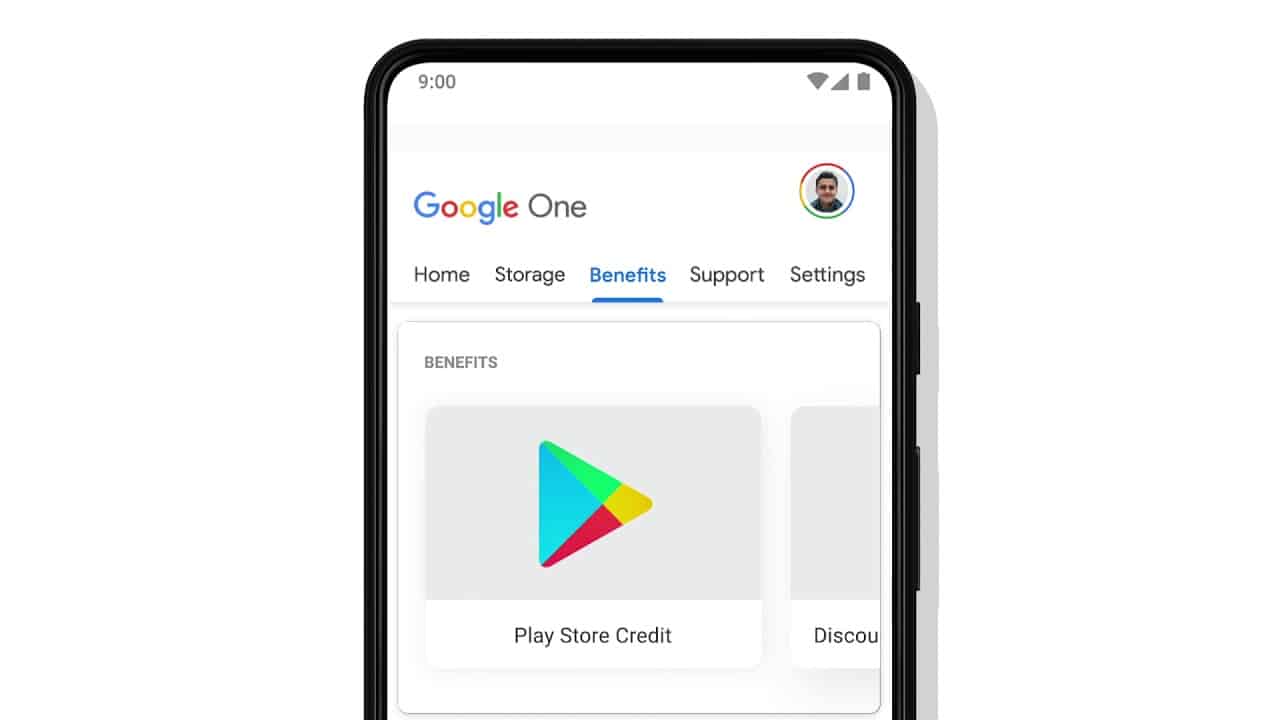 However, now Google is starting to get rid of the zero-rating documents and photos on Drive and Photos in 2021. Which makes Google One even more important. Google Photos had unlimited storage at high resolution but that changes in 2021. And the same goes for Google Docs. Which did not count against your data. Which is where Google One comes in.

Google One is mostly a cloud storage service from Google. But instead of just offering storage, Google has thrown in some other features too. Like access to Google Experts, Cash Back for shopping at the Google Store, and even a VPN for Google One users. Occasionally, Google will also toss in hotel discounts, free movie rentals from Google Play Movies & TV and other freebies.

Where is it available?

How much does Google One cost?

In addition to the free plan, there are six other plans available for Google One. Ranging from 10GB of storage all the way up to 30TB of storage. However, there are three plans that most people will be subscribing to. That’s 100GB, 200GB or 2TB. In fact, Google does not even show the 10TB, 20TB and 30TB plans until you are on the 2TB plan.

The 2TB plan is actually the best value, if you use Google services a ton. It’s $9.99/month or $99.99/year. And it ups the cash back on the Google Store to 10%, and also brings in the Google One VPN. Which is a really useful addition, since you can pay almost that much for a VPN separately.

Google’s more souped up plans, the 10TB, 20TB and 30TB plans offer the same perks as the 2TB plan. So you’re basically just paying for more storage here. 10TB will cost you $49/month, 20TB is $99/month and 30TB is $149/month. There’s no option to pay annually for these, unfortunately. For about 95% of Google users, this is going to be overkill, and actually the 2TB might even be overkill, but it is nice to have it available.

What features are available in Google One?

As mentioned above, Google One plans do come with different features, which make the price more than just for cloud storage. Making it a better deal than what Dropbox or Box has to offer. Let’s go over these features. 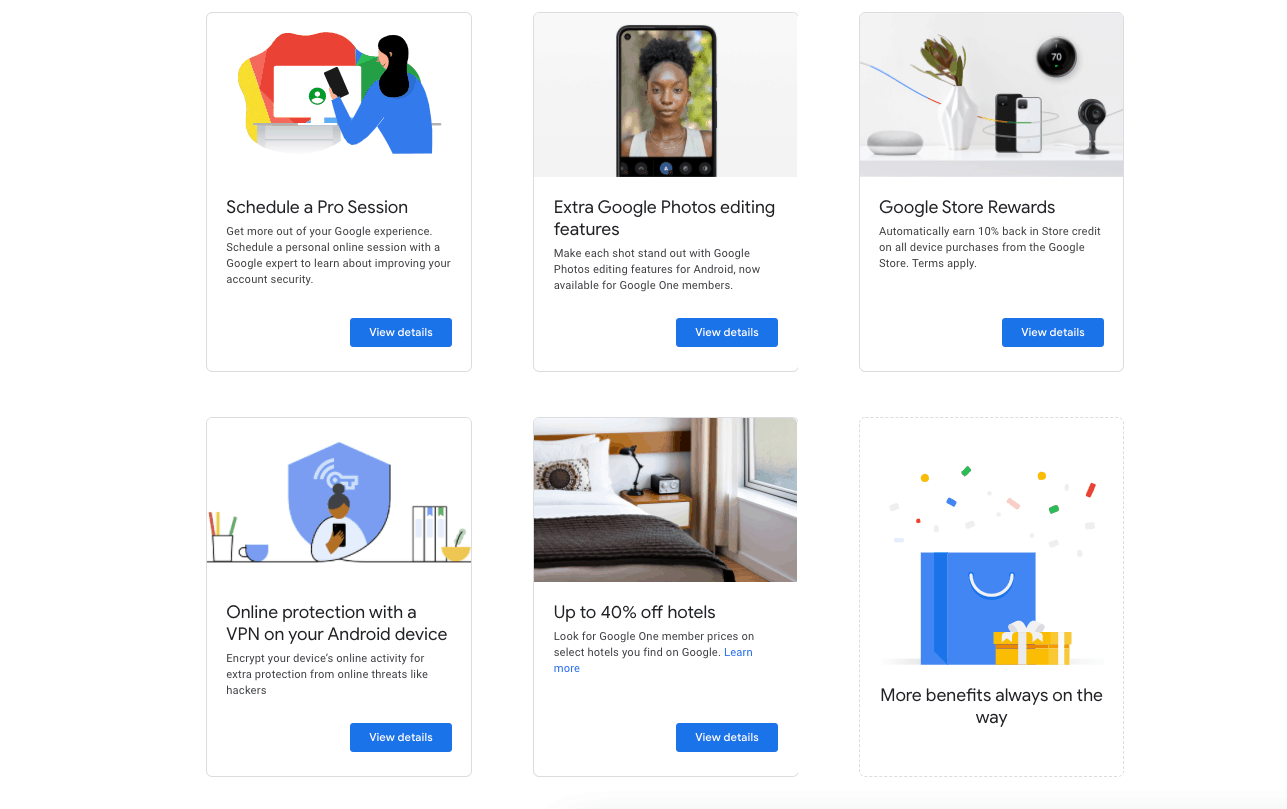 This feature is available on all paid plans for Google One. This is a pretty simple feature to explain. It basically gives you access to Google’s own “experts” that you can get help from. Having trouble with some documents in Google Drive? Give the Google Experts a call.

Essentially, this is like “premium support” but with a cooler name. And of course, Google couldn’t use “Genius” here since that’s what Apple uses.

The Google One VPN is only available on the 2TB or higher plan. Essentially, it’s a VPN built by Google that will protect your internet traffic. These days, VPNs are pretty important, since hackers are everywhere, and we typically use free and/or unsecured WiFi networks quite often. Which make it easier for hackers to get our data or worse.

Currently, the Google One VPN is only available on Android. But Google is working to make it available on desktop as well as iOS. Allowing you to use the VPN on all platforms.

It is basically the same VPN that Google Fi customers have had for years, the only difference now is that everyone gets access to it, with Google One of course.

Cash back on Google Store purchases

This is a really slick perk, and might get you to shop at the Google Store more often. Since the Google Store does sell all of Google’s own hardware, as well as some partners. So you’ll find the Nest Cam, Nest Hub, Pixel 5 and much more.

This is available on the 200GB and up plan. The 200GB plan is capped at 3% back, while the 2TB and higher gets the full 10% back. If you shop at the Google Store a lot, this can really come in handy.

The cash back will return to you in the form of store credit. So it’s more like “credit back” instead of “cash back”.

The newest perk for Google One is the addition of new Google Photos editing tools.

These features work on any photo in your Google Photos library. Even those that were not taken in Portrait mode, or taken many years ago.

You can share your Google One plan with up to five family members (or friends, really anyone). Just invite them to your plan, and you’ll be able to share it amongst everyone. This can be very useful if you are on a 2TB plan, as it’s cheaper to share it with five people and split the cost, than everyone getting the cheapest $1.99 plan. As $9.99 split six ways is $1.66 per month. 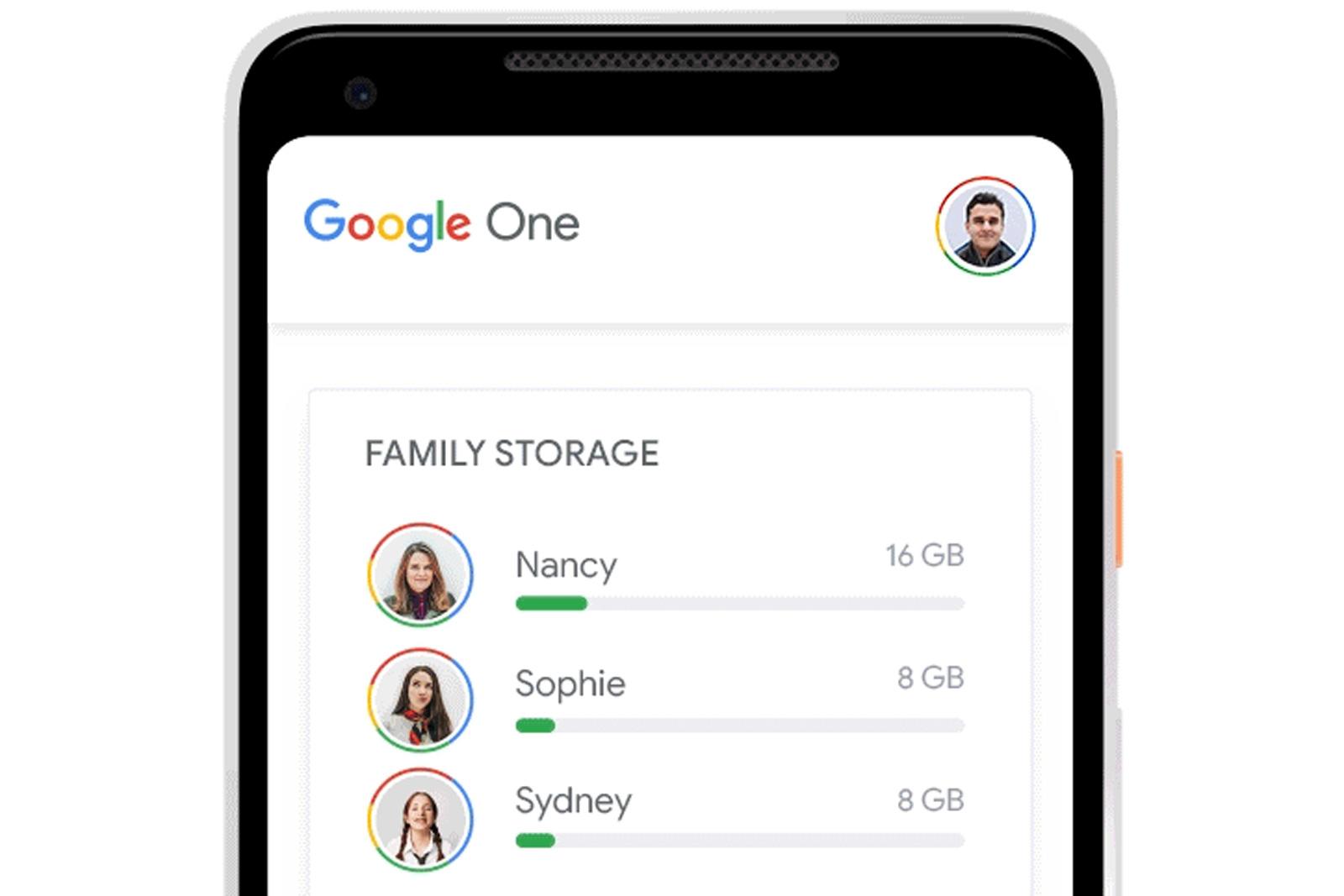 It’s pretty simple to add family members. In the app, you’ll want to go to the Settings tab. Then tap on Manage Family Settings and then Manage Family Group. From there you can click the “+” sign and type in each person’s email. Now click send to send the invite to your family member. They will receive an email with a link to click to accept the invitation and be added to your account.

If you already share other Google services with your family, you can simple flip on the toggle to start sharing with them. This really only applies if you have YouTube Premium and/or YouTube TV, which offers the ability to share with up to five people too. That does make it very simple to share Google One with everyone though.

How do I remove family members?

Removing family members is also pretty easy. Just click on their profile and select Remove Member. And poof that member will be gone.

You can also opt to remove a family group if you wish. So that you’re no longer sharing with anyone.

Signing up for Google One is pretty simple, and actually if you already have a Google account, you have Google One. But upgrading to a paid account is still simple.

Head to the Google One website, or you can click on the storage bar found at the bottom of your Gmail, or in the left sidebar of Drive or Photos. That will also take you to Google One.

Now you’ll see a big blue button saying “Upgrade”, click on that. If you don’t see that button, click on the “Storage” icon on the left side of the screen.

Next, you’ll choose the plan that you want to upgrade to. Then Google will go through the payment process for you with that plan. And that’s basically it. You’re now signed up for Google One.

The same steps work in the Google One app as well.

How do I cancel or change my plan

You can cancel your Google One membership at any time. But remember, you will not be refunded. So if you cancel your plan in the middle of a billing period, you’ll still have access to that plan until the billing period ends.

To cancel or change your plan within the app, go to settings and then tap on “Change Membership Plan”. From there you’ll be able to choose whether you want to move to a bigger or smaller plan, or cancel it altogether.

The process is pretty similar on the Google One website. Click on the “Storage” icon on the left side, then tap on “Get More Storage”. Then select the plan you want, and follow the onscreen prompts to confirm. And you’re all set.

Unlike some other subscription services, Google has actually made it pretty easy to cancel this one. Or to change your plan. Which is definitely a relief.

Is Google One worth the price?

If you are someone that uses Google services for literally everything, including using an Android smartphone, as all your data storage is done in Google. So you can subscribe to Google One for one monthly subscription, instead of using multiple other services for storage. Since Google One does email, files and photos. It’s a really good all-in-one option.

The best plan, value wise, is going to be the 2TB plan. That gives you plenty of storage for all of your data that you want to store in Google. And it also provides the Google One VPN, which is really important as we’ve mentioned before. And you get 10% cash back at the Google Store, and for any Android user, you’re likely spending a bunch at the Google Store already. So why not get some cash back there.

We do hope that when Google Photos turns off the unlimited storage, that Google will debut a few more storage plans, between the 200GB and 2TB thresholds, like a 1TB of even a 500GB option. But we’ll have to wait to see if that happens. The jump from 200GB to 2TB is a rather large one.

It also stacks up well against competitors like Apple’s iCloud, which I believe is the best apples to apples comparison for Google One. iCloud offers 50GB for $0.99/month, 200GB for $2.99/month and 2TB for $9.99/month. The pricing is very similar, but the storage plans are kind of lacking. Google does offer quite a bit more in terms of plans, as well as perks.

Google really needs to add more of its subscription services into Google One. After all, that was the promise with Google One, that it was an all-in-one service. Google could add YouTube Premium (which includes YouTube Music) to the service, as well as YouTube TV. Or even a discount for bundling them all together, as someone that uses all three. Similar to Apple One.

Overall, it’s a pretty good service, and definitely worth the price. Particularly now that Google is eliminating unlimited storage for some of its products.