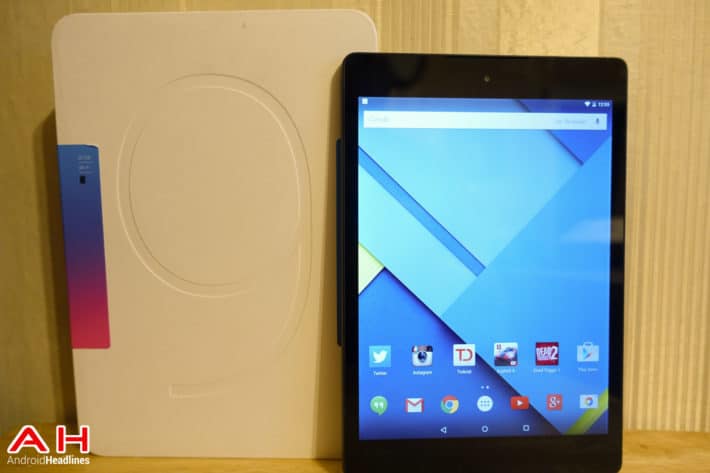 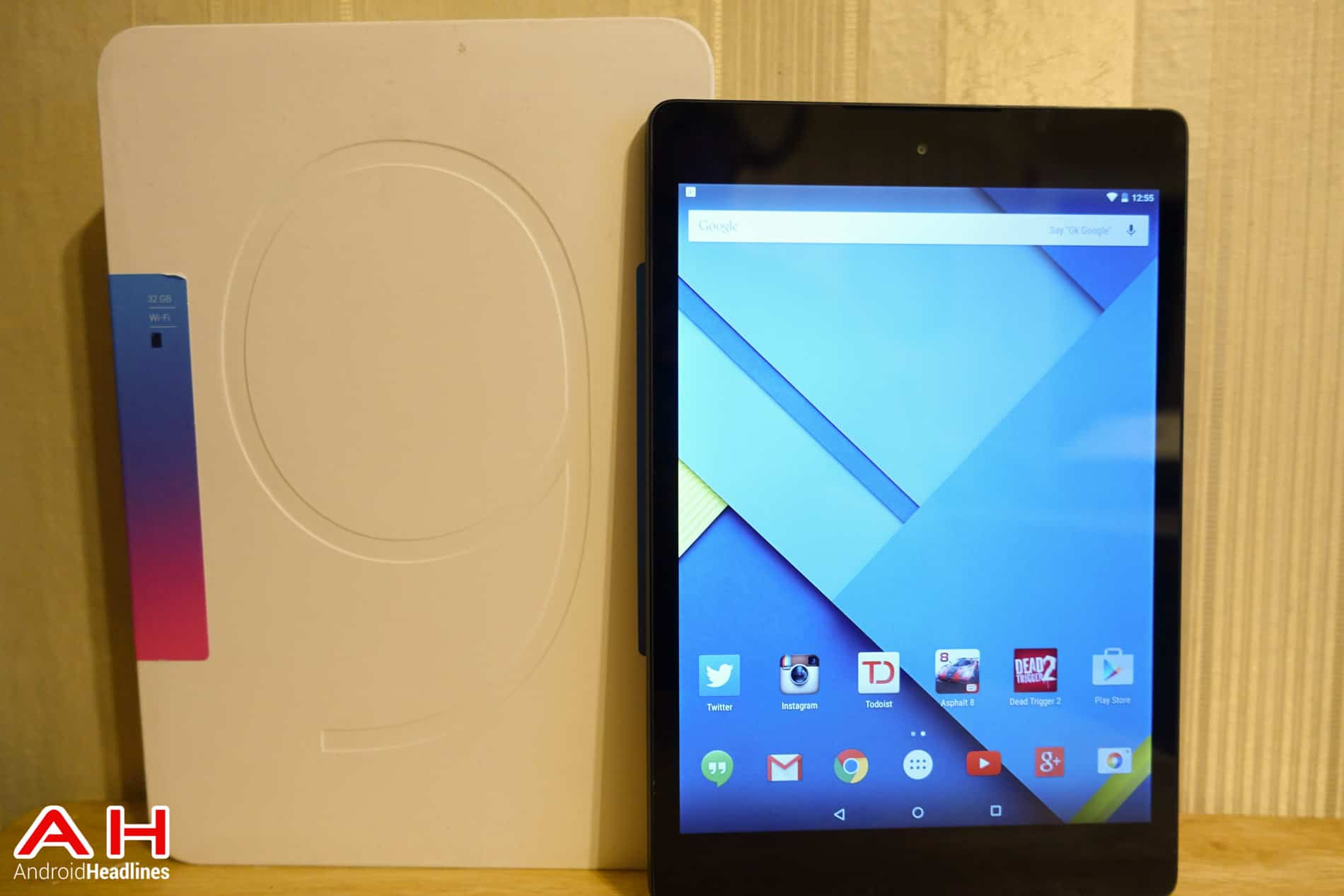 The HTC Google Nexus 9 tablet from Google and HTC was announced officially on October 15th 2014, and later went up for pre-order on Amazon on October 16th, while finally going up for Pre-order via the Play Store and other retailers like Best Buy on October 17th. Shipping for the first Nexus tablet from HTC is set to begin on November 3rd. The Nexus 9 is also one of the first Nexus devices to truly come with a premium setup with top notch hardware specs and build materials, although also coming with a more premium price than previous Nexus tablets before it. It sports an 8.9-inch IPS LCD display, 2GB of RAM, and an Nvidia Tegra K1 64-bit Dual-Core Denver CPU while running Android 5.0 Lollipop.

For full specs, the Google Nexus 9 carries an 8.9-inch IPS LCD display with 2048 x 1536 resolution and protection from Gorilla Glass 3. It features a 1.6MP camera with f/2.4 aperture on the front and an 8MP auto-focus camera with f/2.4 aperture and LED flash on the back. On the inside it holds an Nvidia Tegra K1 64-bit Dual-Core Denver CPU clocked at 2.3GHz with a 192 core Kepler GPU running the graphics. It has 2GB of RAM and holds either 16GB or 32GB of storage with no expandable microSD card slot. It has dual front facing speakers with HTC BoomSound, and is powered by a 6700mAh battery. It supports quad-band GSM, CDMA, Penta-Band HSPA, and LTE networks, Bluetooth 4.1, GPS, NFC, and dual-band WiFi 802.11 a/b/g/n/ac.

The Nexus 9 from Google and HTC is the most ambitious Nexus tablet yet. The build is beautiful and the design and is very sleek with the metal edges, and the Nvidia Tegra K1 CPU on the inside will be able to provide it some enormous power. This time Google's Nexus tablet comes in three different colors as opposed to two, and a decently sized 8.9-inch screen should feels like the sweet spot between the Nexus 7 and the Nexus 10.

Trusted By Millions
Independent, Expert Android News You Can Trust, Since 2010
Publishing More Android Than Anyone Else
6
Today
45
This Week
497
This Month
2435
This Year
112514
All Time