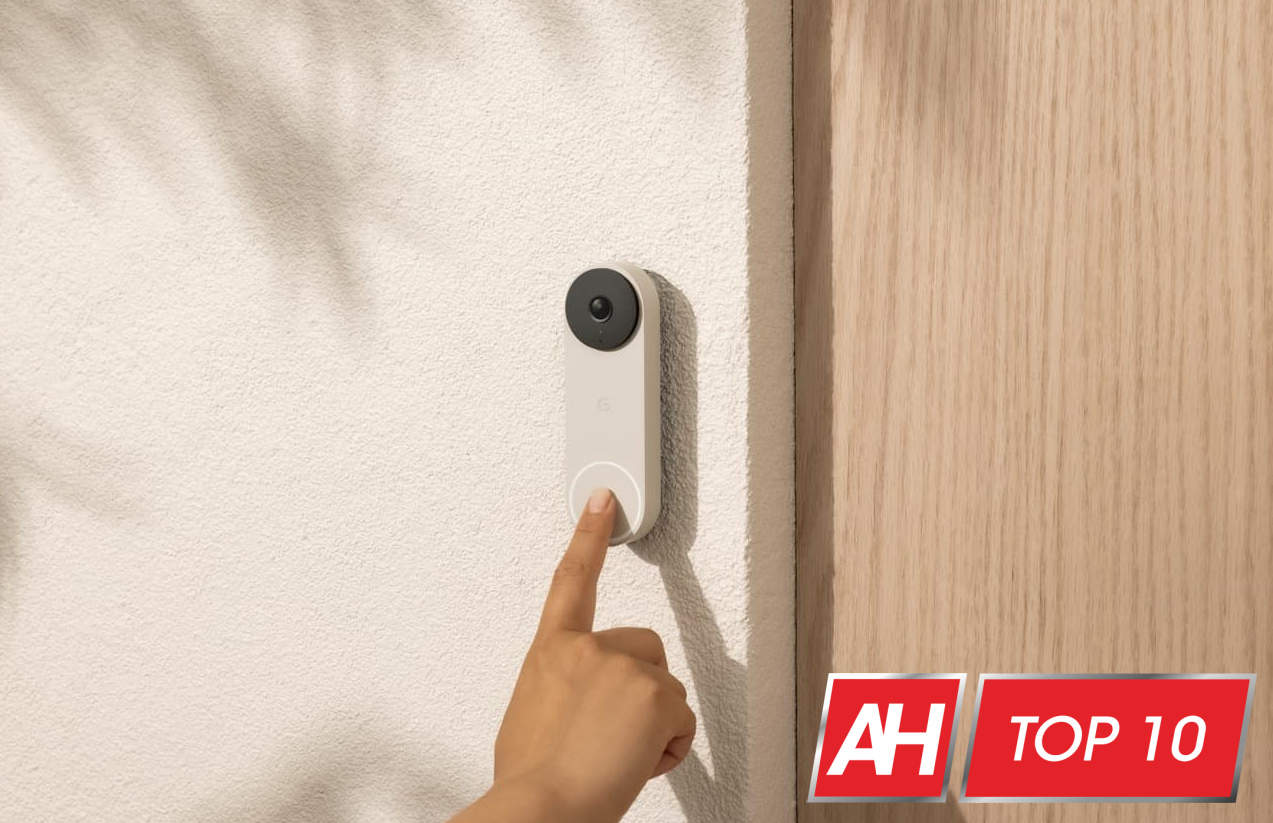 The smart home has quickly become one of the best gifts that you can get someone on your list each year. Whether it’s a smart thermostat, a smart light, smart plugs, or even a robot vacuum. It’s a very popular category. And because of that, there are a ton of smart home products on the market. Some are great, some are not-so great and some are just terrible. In this smart home gift guide, we are going to highlight the best smart home gifts that you can buy this year, across a few different categories. These include robot vacuums, smart lights, smart thermostats, and more. 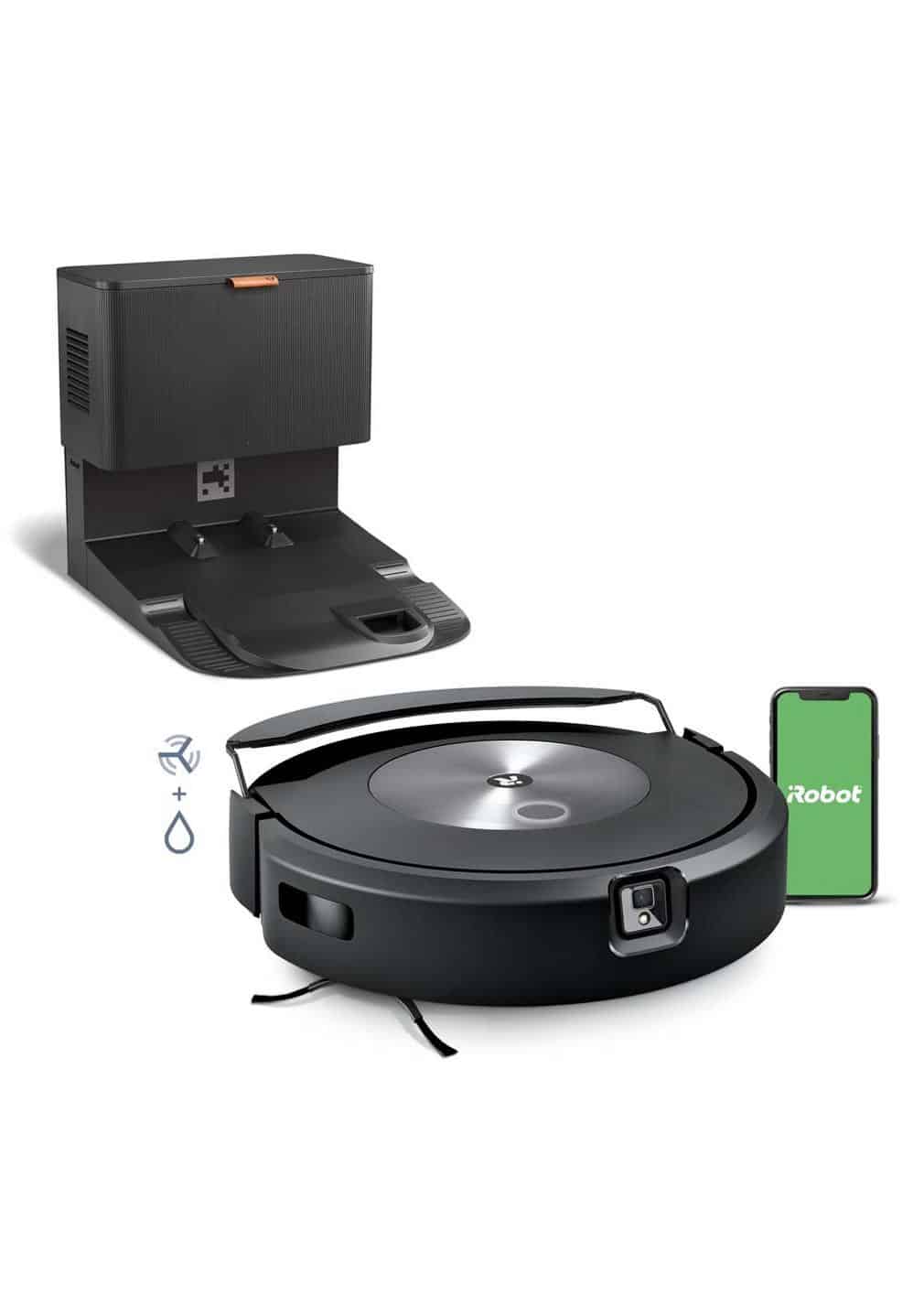 The Roomba Combo j7+ is the newest robot vacuum from iRobot, and it’s the first one to also do mopping. While most of the competition has been doing mopping and vacuuming with the same robot, iRobot hasn’t. This robot vacuum is basically the same as the j7+, but now it can mop.

This one will fully lift up the mop when it is on carpet. It lifts it up over the back of the robot, so it’s not near the ground at all. That’s a step above the competition now. 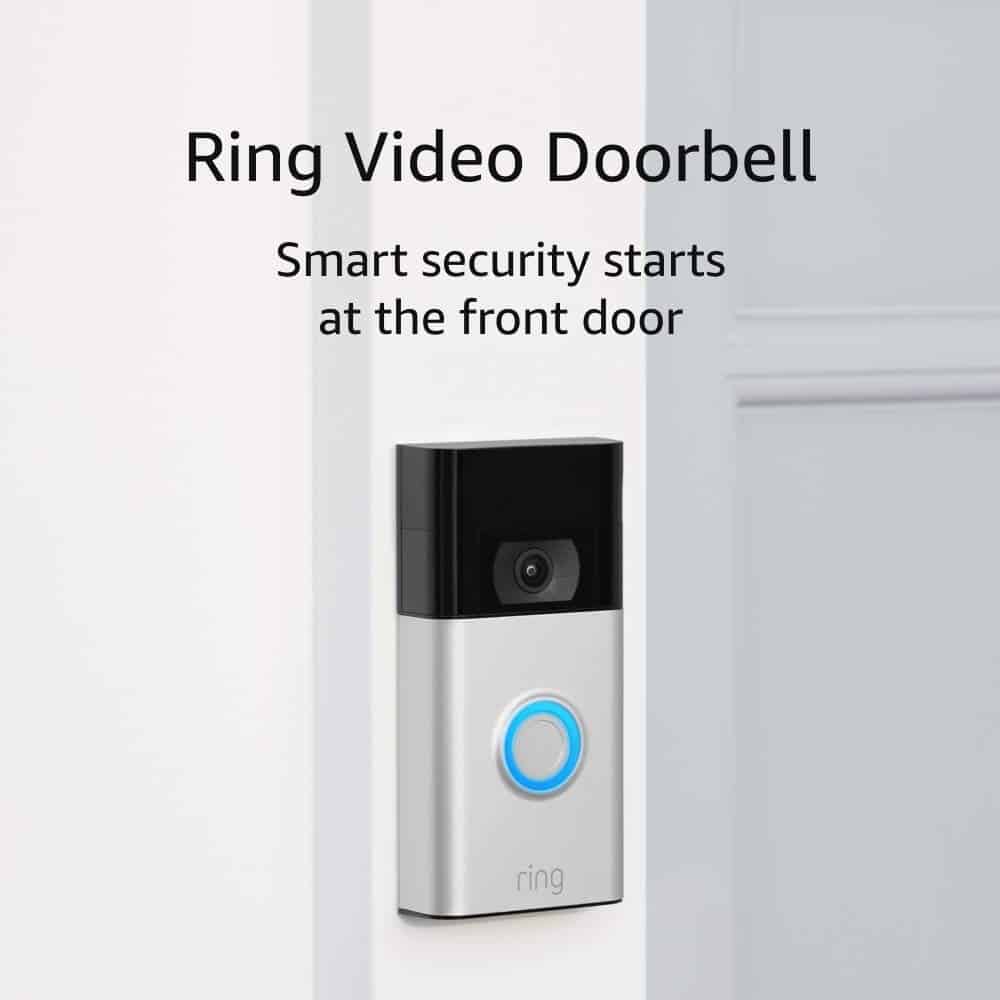 This is the “newest” release from Ring, in its video doorbell lineup. Even though this is the 2020 model. You see, video doorbells don’t get updated every year. This is also their cheapest model. So it’s a good place to start.

This video doorbell works with existing doorbell wiring or via the rechargeable battery, which is super easy to pop out. As always, it works with Alexa, it also records in 1080p HD video, as well as being able to notify you of people coming to your door. 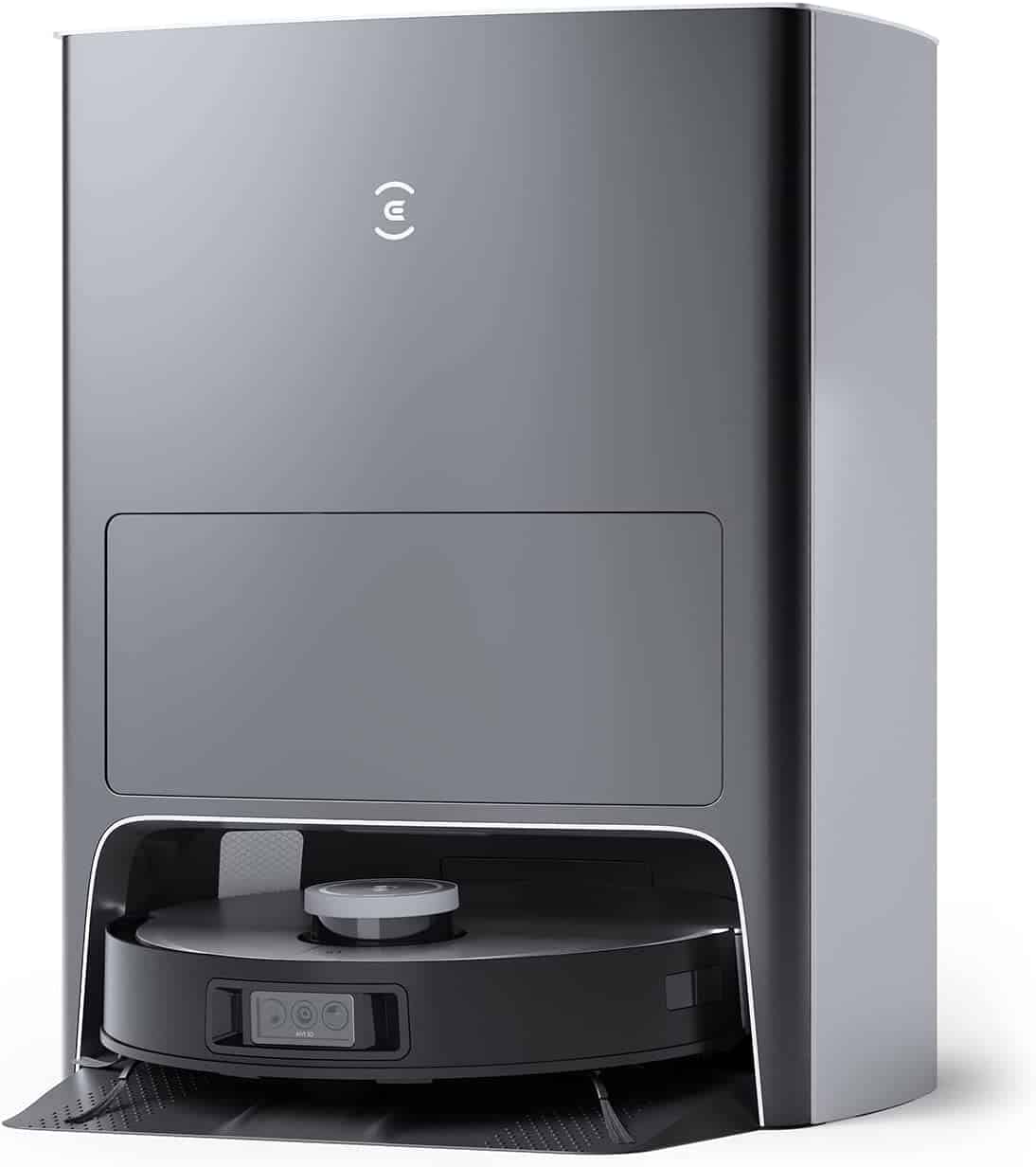 This is actually the most expensive robot vacuum we’ve ever put on a gift guide. But it is well worth it. The Deebot X1 Omni quickly became one of our favorite robot vacuums after reviewing it earlier this year.

This robot vacuum does just about everything, incredibly. It has a huge dock that is able to empty the dustbin, refill the water reservoir, as well as clean the mop. Now the mop here isn’t the typical mopping pad, instead it has two mopping heads. Which does allow for better cleaning, but it also uses a lot more water for cleaning. 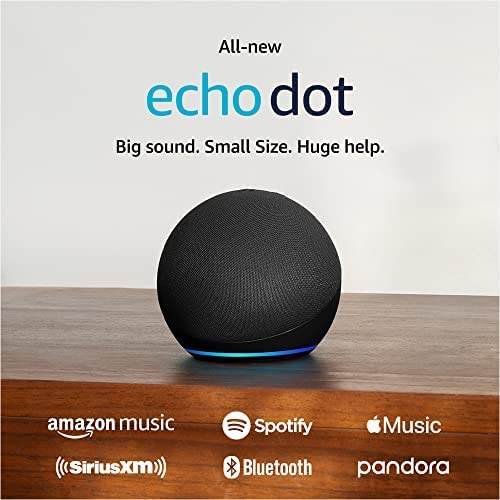 This is the all-new Amazon Echo Dot. It’s the fifth-generation, and the best one yet. Amazon really focused on improving the audio quality here, so that you have less need to buy the bigger Echo unless you really want some loud music playing.

The other big thing that’s new in this model is that it is also has eero built-in. Allowing you to improve your WiFi coverage, without having an ugly router in every room. That is a big deal, especially for a $50 smart speaker. 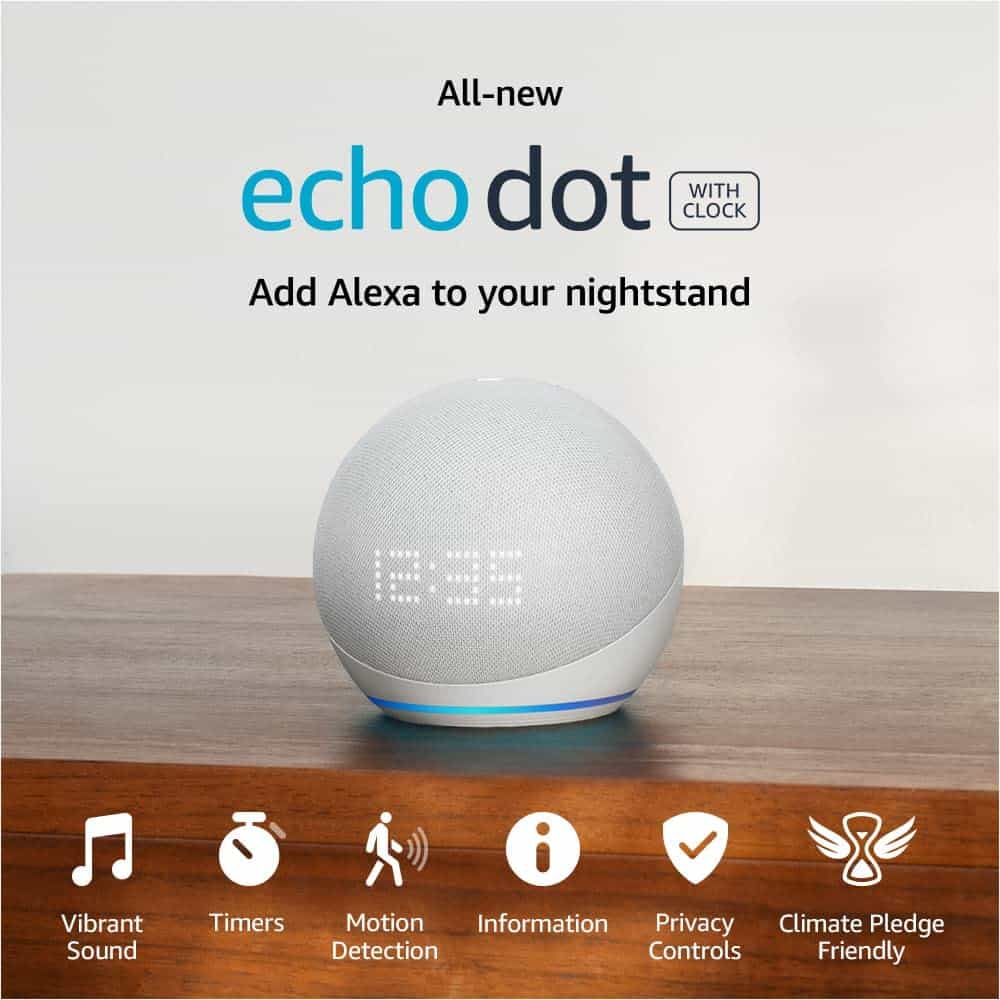 The new Echo Dot with Clock is essentially the same as the Echo Dot, but it has an LED clock, which has been improved as well. So now you can have messages scrolling across the display as well. Otherwise, it has the same boost to audio quality, and also works with eero for better WiFi coverage. The Nest Doorbell Battery is Google’s first battery-powered doorbell. Meaning that you don’t need existing doorbell wiring to power it. It’s super easy to pop it off and charge too, which is always good.

This doorbell can record in 1080p, and does actually identify people. So instead of just telling you someone is at the door, it can tell you who, based on previous pictures of that person. Which is really neat. 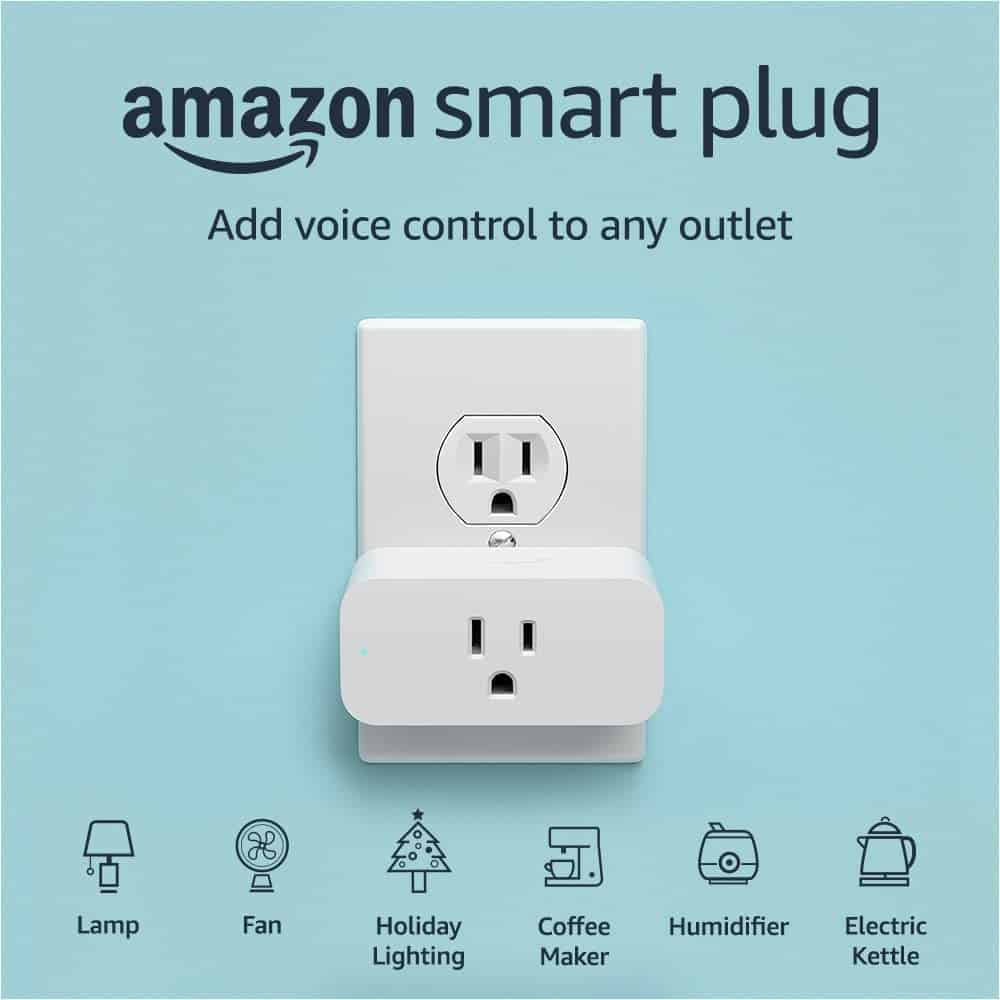 The Amazon Smart Plug is the must-buy smart home accessory. It’s just $25, and usually priced even cheaper. But it is super simple to setup, and it can make any dumb appliance, smart. You can set it up with your voice, using your Echo speaker or Echo Show, or even a Fire TV.

This is the latest Nest Cam, and the first one to break that $100 barrier. Making it pretty inexpensive to add the Google Nest Cam to your home. This is a wired model – though there is also a battery option later in this list.

The Nest Cam (Wired) is pretty impressive, and comes in three colors: snow, coral and Fog. It is able to record in 1080p HD quality, so you can see what’s going on in your home when you’re home and when you’re not. It works with the Google Home app, making it super simple to setup and use. 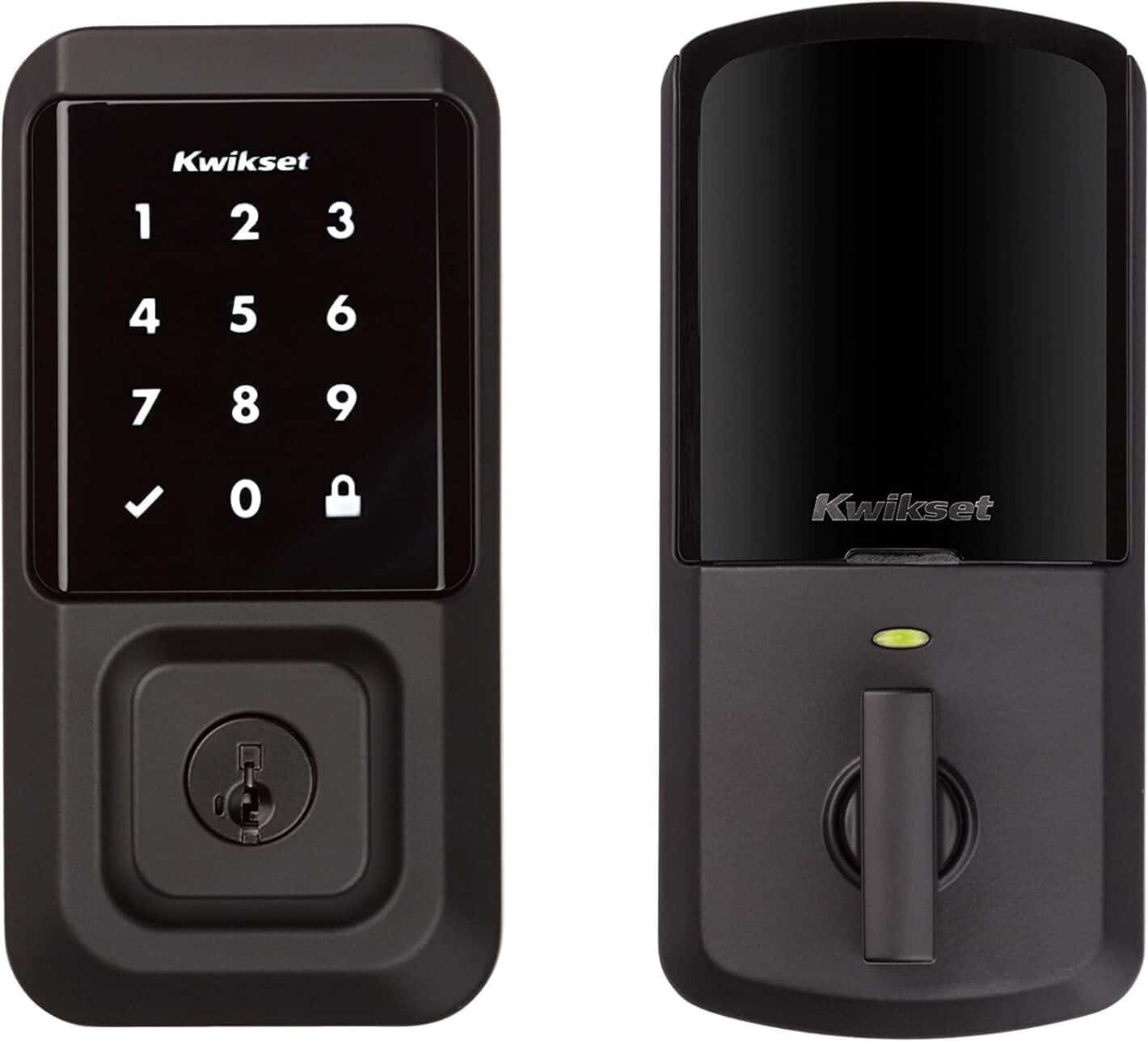 This smart lock from Kwikset is. a really good one to use. Because it not only works with your keys, but you can also put a PIN in to unlock the door. Which is really nice if you do happen to forget your keys, just don’t forget your PIN.

It also works with Amazon Alexa and Google Assistant. The Google Nest Hub Max is a bigger smart display here, at 10-inches. It allows you to interact with the Google Assistant visually, check in on your cameras and so much more. It also has a camera in its bezel, which allows you to use it as another Nest Cam in your home and see what’s going on. Which is really clutch. 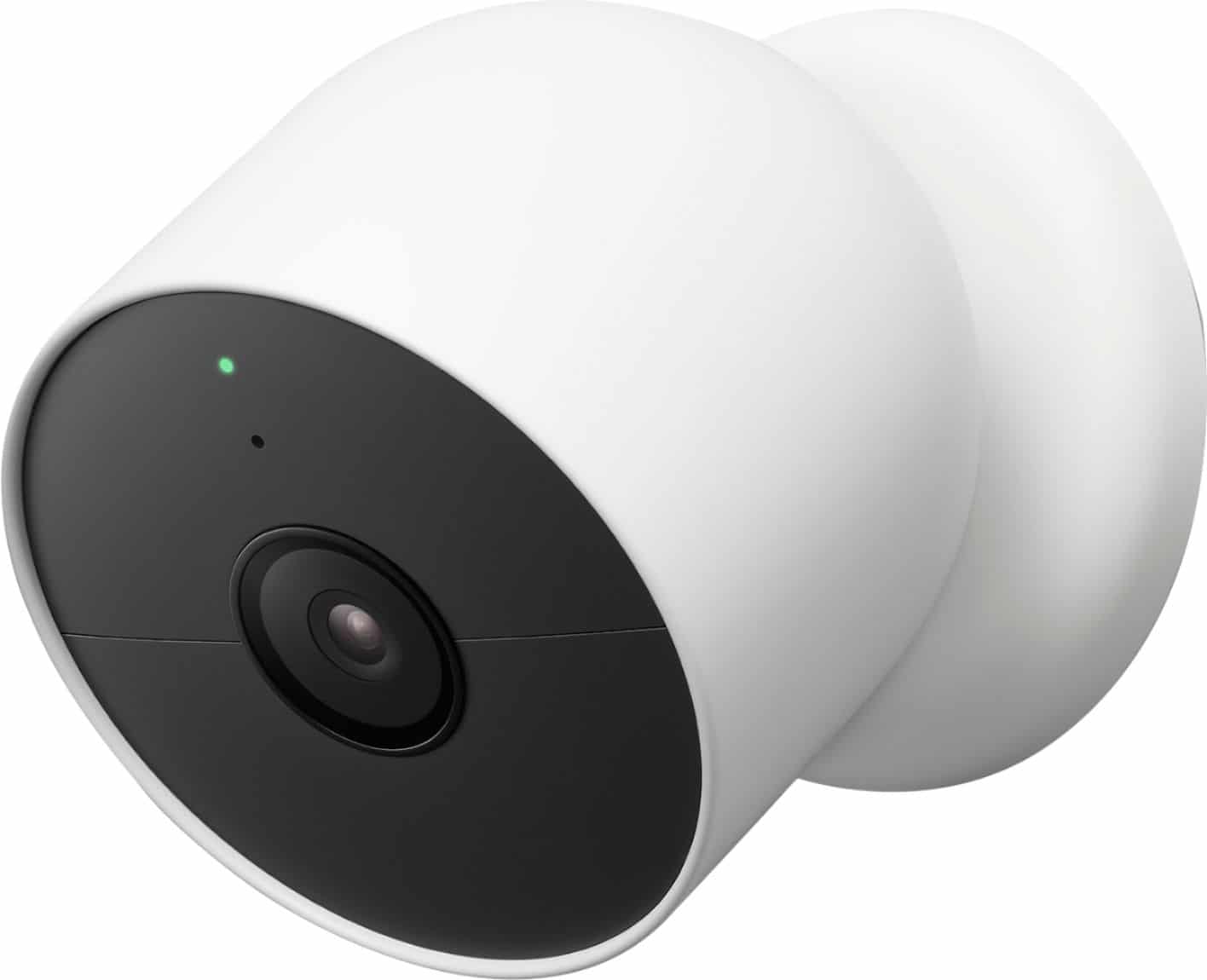 Finally, Nest has a battery-powered Cam, and it’s actually really good. We reviewed it back in September. The battery on the Nest Cam Battery is actually pretty decent, it’ll last you around a week, depending on your settings. But if you leave it to the default settings, it can last closer to a month.

Nest Cam does encrypt your video, and use two-step verification. So you can rest assured that your video is being secured, and not uploaded to Google’s servers to watch when they want. With Nest Aware, the Nest Cam Battery will be able to identify people as well as animals. 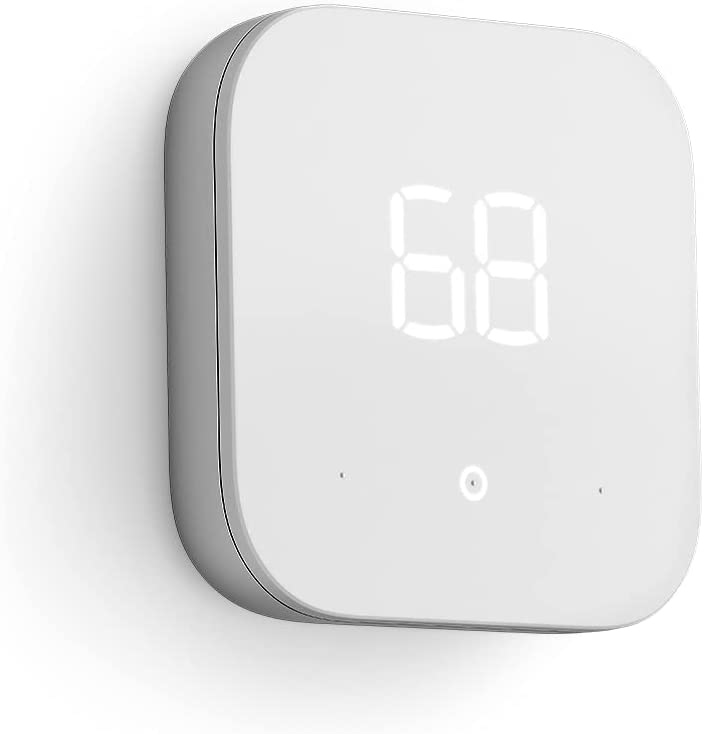 Amazon recently announced its own Smart Thermostat, and it’s now the cheapest one on the market. It’s currently up for pre-order and will launch on November 4.

This smart thermostat is pretty simple, it has a white display, making it pretty easy to blend into your wall, without it having a big screen like some other thermostats on the market. You’ll of course be able to use the Amazon Smart Thermostat through Alexa – but not Google Assistant. So you can use your voice to control the temperature in your home. 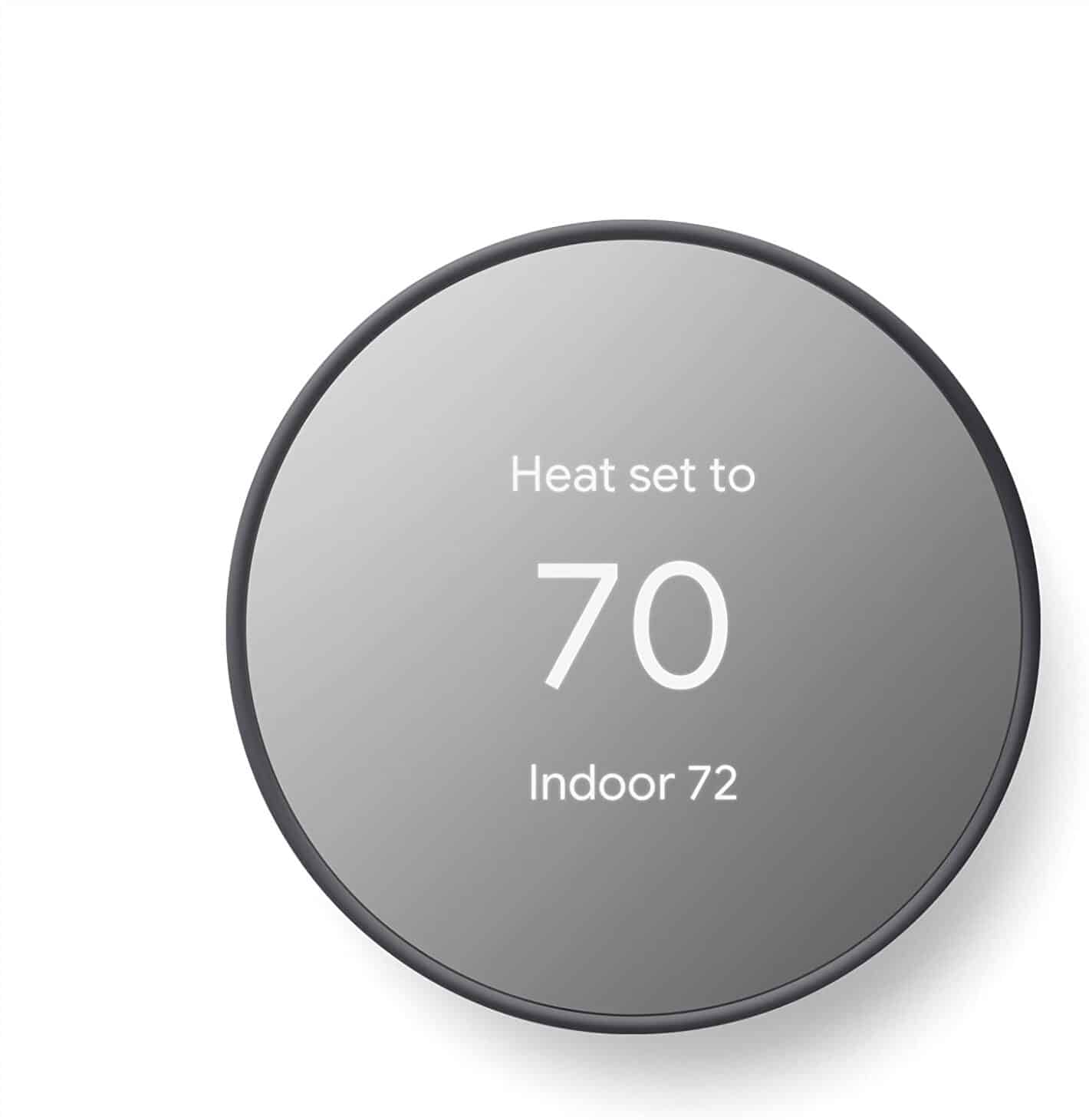 This is the first new thermostat that Google has put out since purchasing Nest, and it’s a huge departure from its original design. It now looks like a mirror on your wall, which is pretty neat to be honest. The whole point here is for it to blend into your home, and not stand out.

The Nest Thermostat will still show you the temperature and such, and work with your voice via Google Assistant. It uses sensors as well as your smartphone to determine whether you are at home or not. And if you are not, it will adjust the thermostat to save money on energy.

This is also the first Nest Thermostat that works with the Google Home app, instead of only the Nest app. 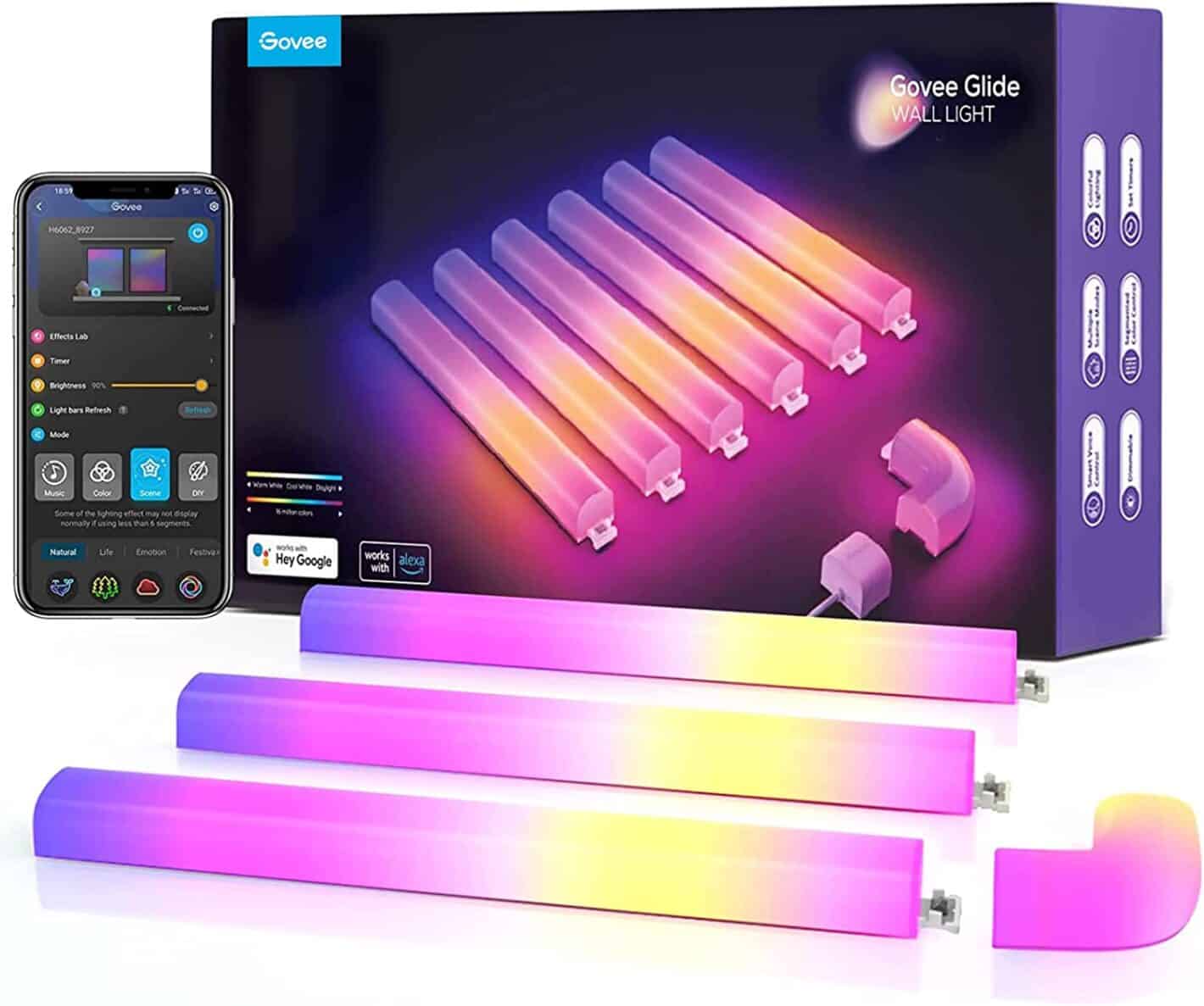 Add some accent lighting to your home with the Govee Glide Wall Lights. These are LED lights that can be put on the wall in different shapes, and really add some nice ambiance to your home. It works for entertainment spaces, it can sync with your music and so much more. It also works with Amazon Alexa and Google Assistant. 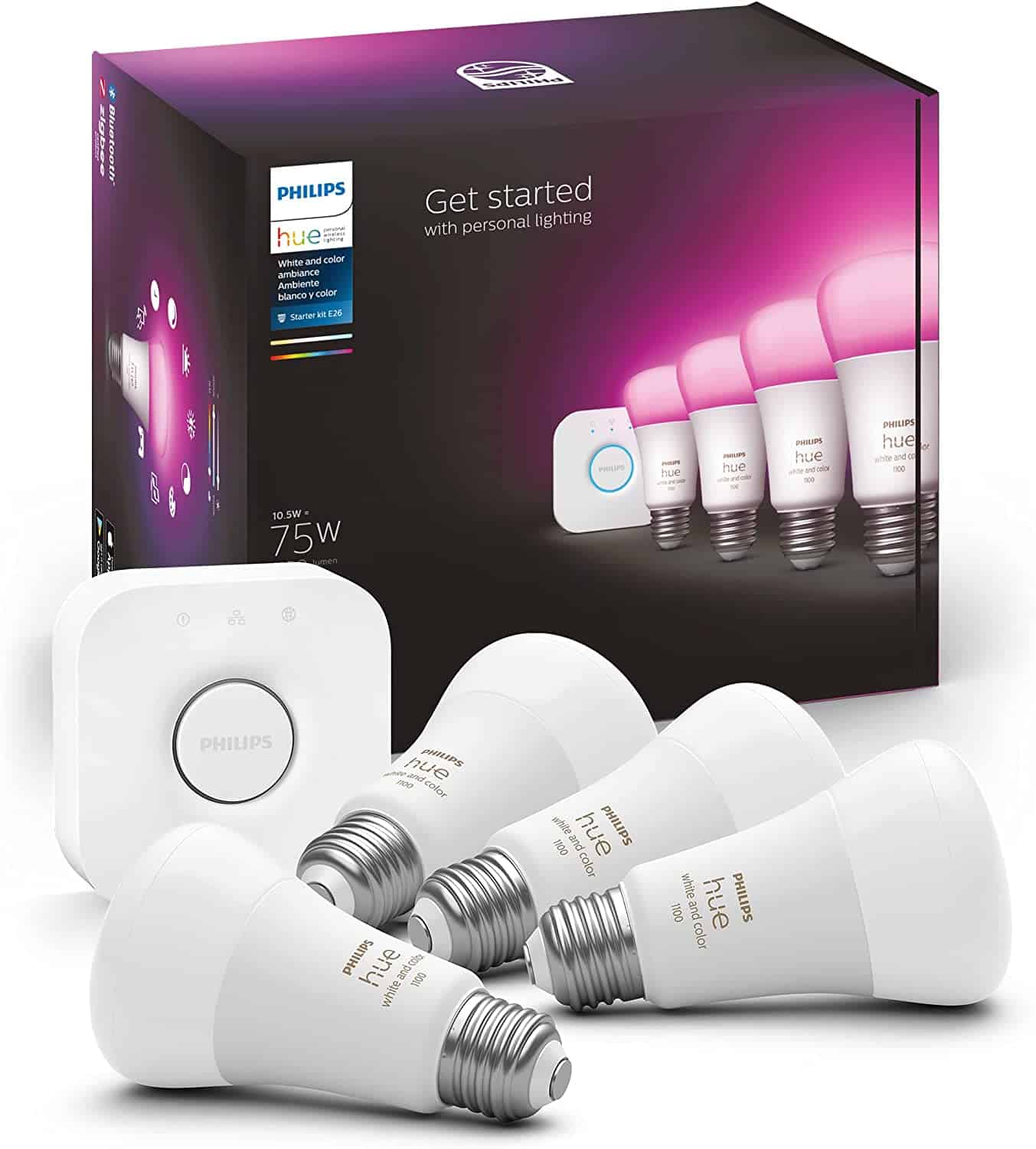 This starter kit for Philips Hue is a must-buy, if you don’t already have Philips Hue bulbs. This includes the Bridge (which is not needed, but recommended). As well as four A19 75W multi-color bulbs. That’s a good way to start making your home smart with these smart lights. Which we still believe are the best smart lights in the business right now.