For many desktop gaming PCs still reign supreme, but gaming laptops have gotten so very good these days and we wanted to put together a holiday gift guide of the best ones, so we did.

You’ll find that in the last few years, gaming laptops have gotten exponentially better, with the best ones providing an almost indistinguishable experience from gaming PCs, which makes some of the ones on this gift guide really stand out.

If you’re shopping for a gaming laptop as gift this holiday, our guide breaks down a wide collection of the best gaming laptops to choose from in a range of different price points. So there should be something that fits almost all budgets.

And if you’re looking for something for your console, like the new PS5, don’t forget to check out our guide for best PS5 accessories or best gaming headsets, which are updated monthly. 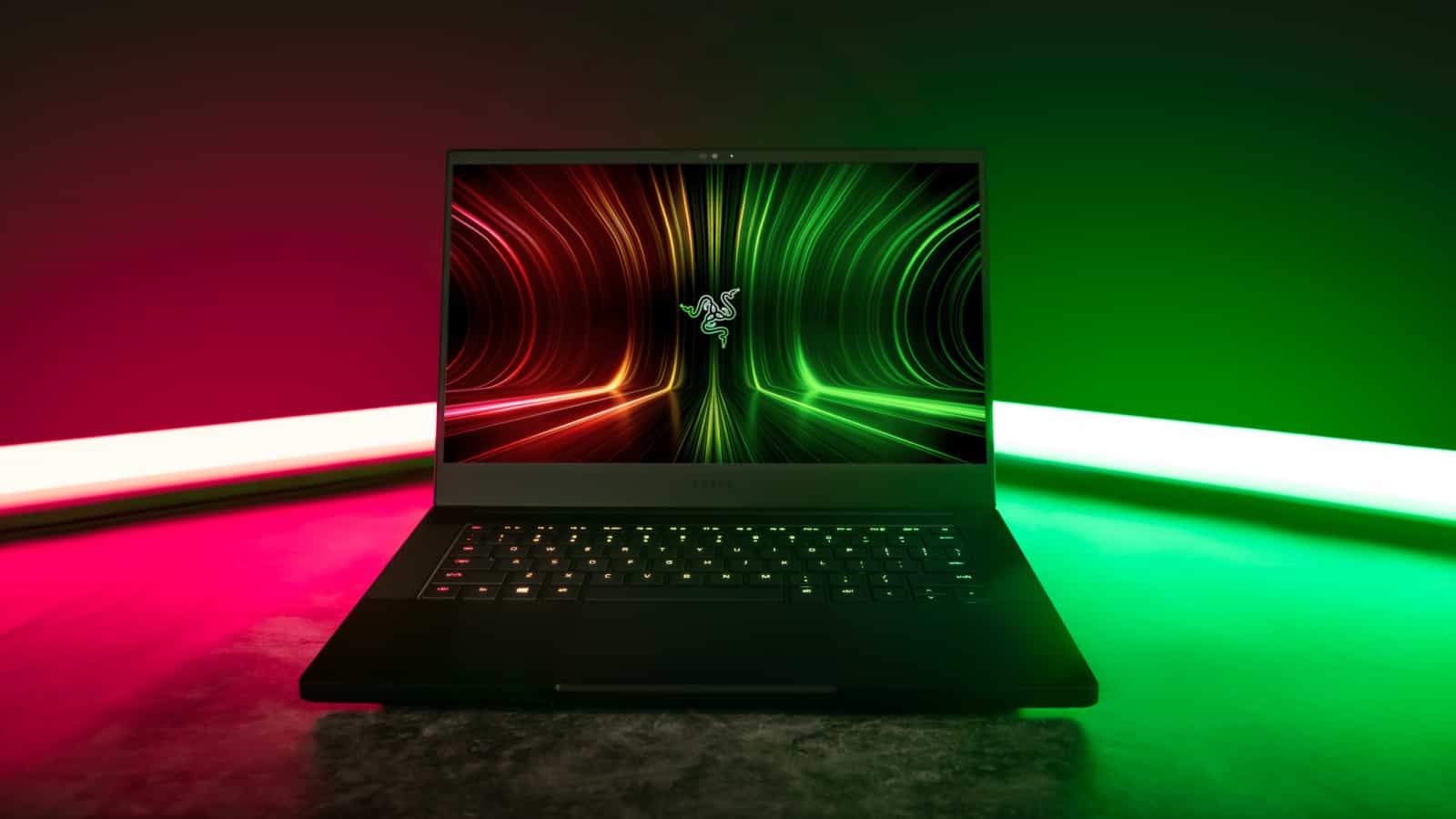 Razer earlier this year announced the Blade 14, its first ever gaming laptop to come with an AMD CPU. Since the beginning of time Razer has been using Intel as its dedicated CPU choice. But finally it’s offering an alternative.

The new AMD-powered Blade 14 is also the first 14-inch laptop the company has launched since the original Blade years ago. On top of that, it comes with NVIDIA’s 30-series GPUs, starting with a 3060 and going up to a 3080.

All of that wrapped up into a fairly slim package that weighs under 5 pounds. Plus it’s compatible with Razer’s new GaN charger. 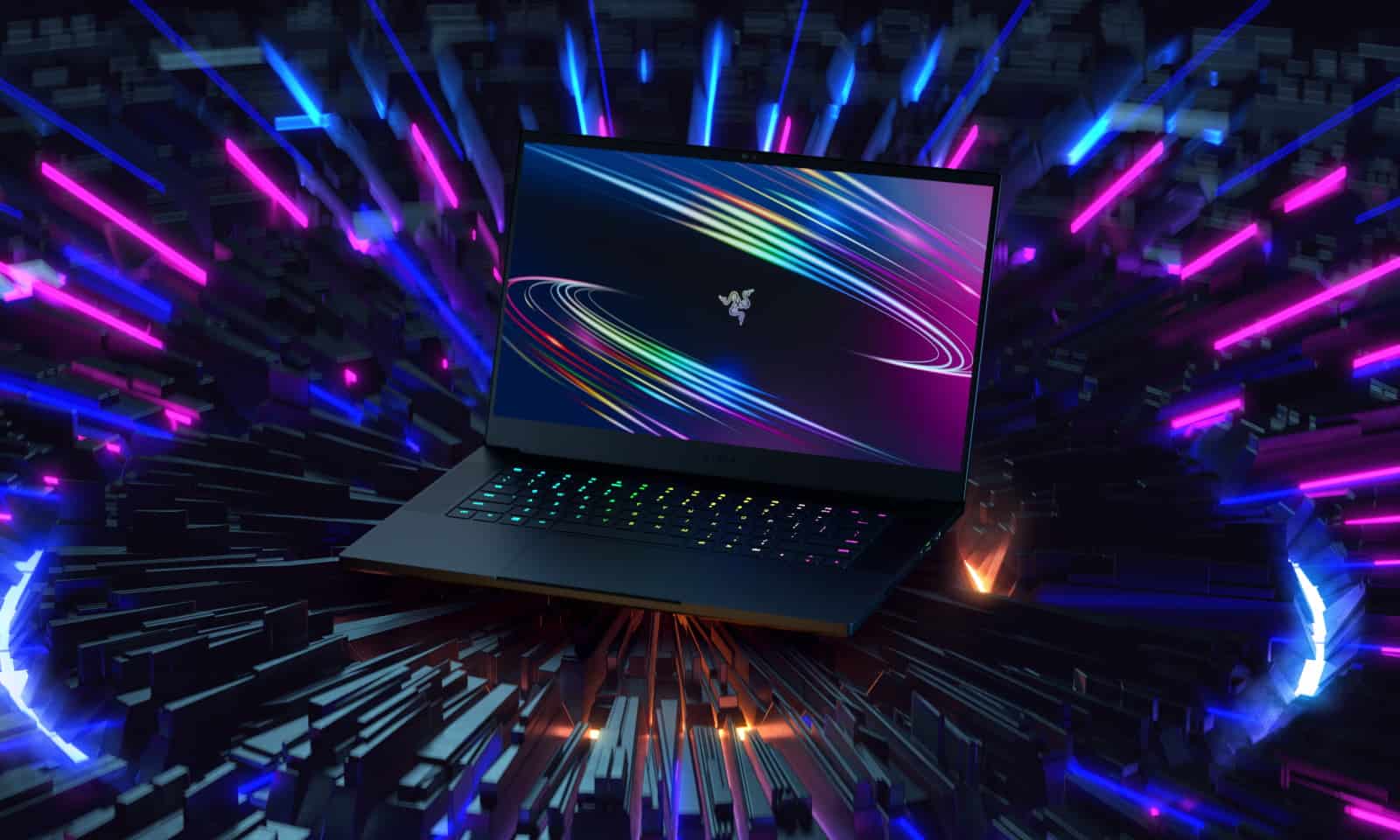 If you want something just a little bit larger, look no further than Razer’s Blade 15 Advanced, which is one of the best gaming laptops in this gift guide and in general. It’s got just about everything the Blade 14 has. Though it uses Intel instead of AMD for the CPU.

It also comes with 30-series GPUs from NVIDIA, as well as an upgrade to Windows 11. Razer is also now selling Windows 11 models directly where it comes pre-installed so you don’t have to update. If you want power and performance without sacrificing design, this is it. 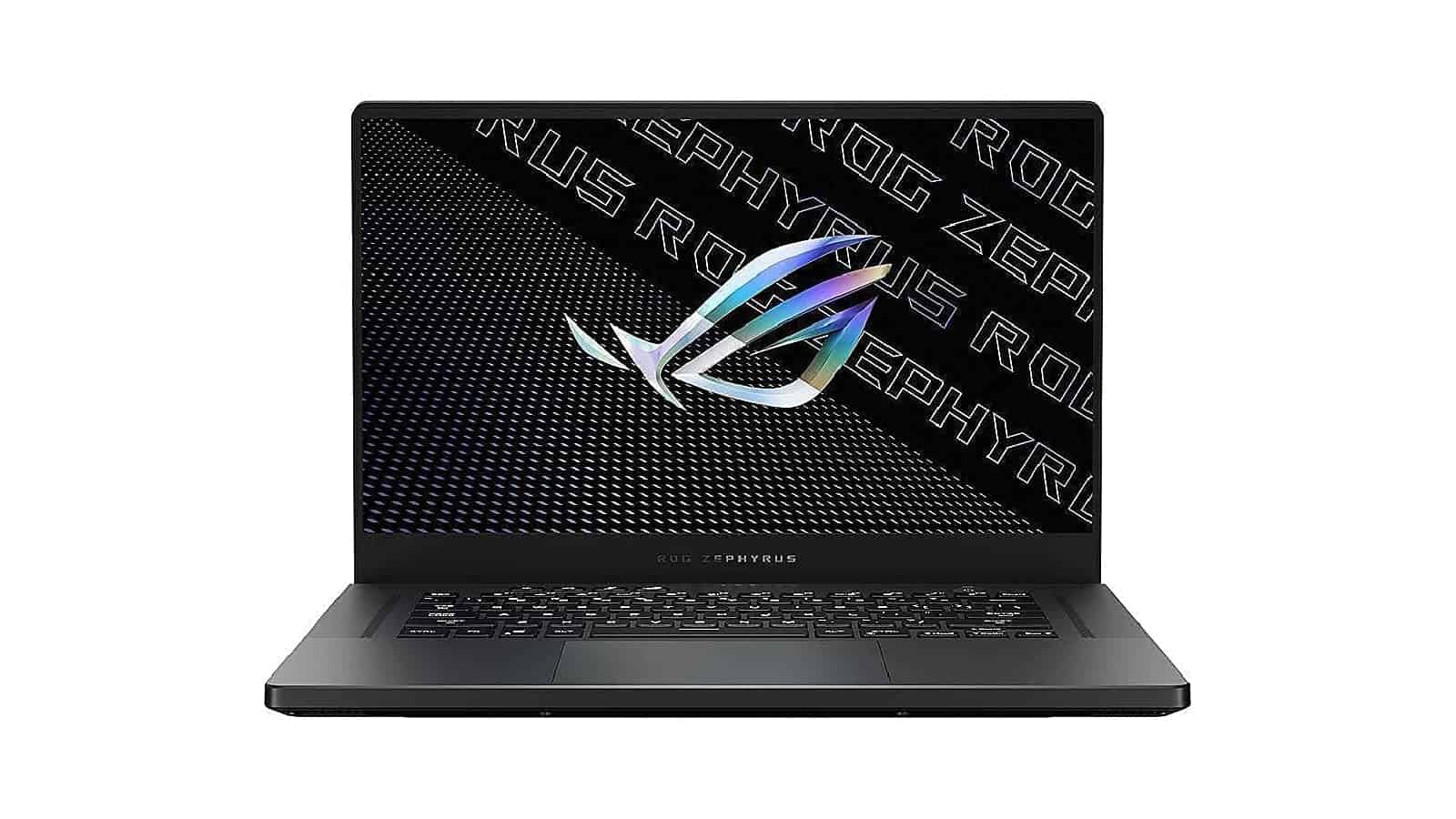 The ROG Zephyrus G15 from ASUS has been a favorite among the gaming laptops this year and last year, and for good reason. This model packs an AMD Ryzen CPU and a combination of NVIDIA 30-series GPU options are at your fingertips.

It’s slim, lightweight, and powerful enough to handle gaming at high settings for most games. It also has decent battery life and is a bit cheaper than the Razer Blade 15 Advanced. Making it one of the best gaming laptops in this gift guide and again, in general.

In fact it might even be our absolute favorite. 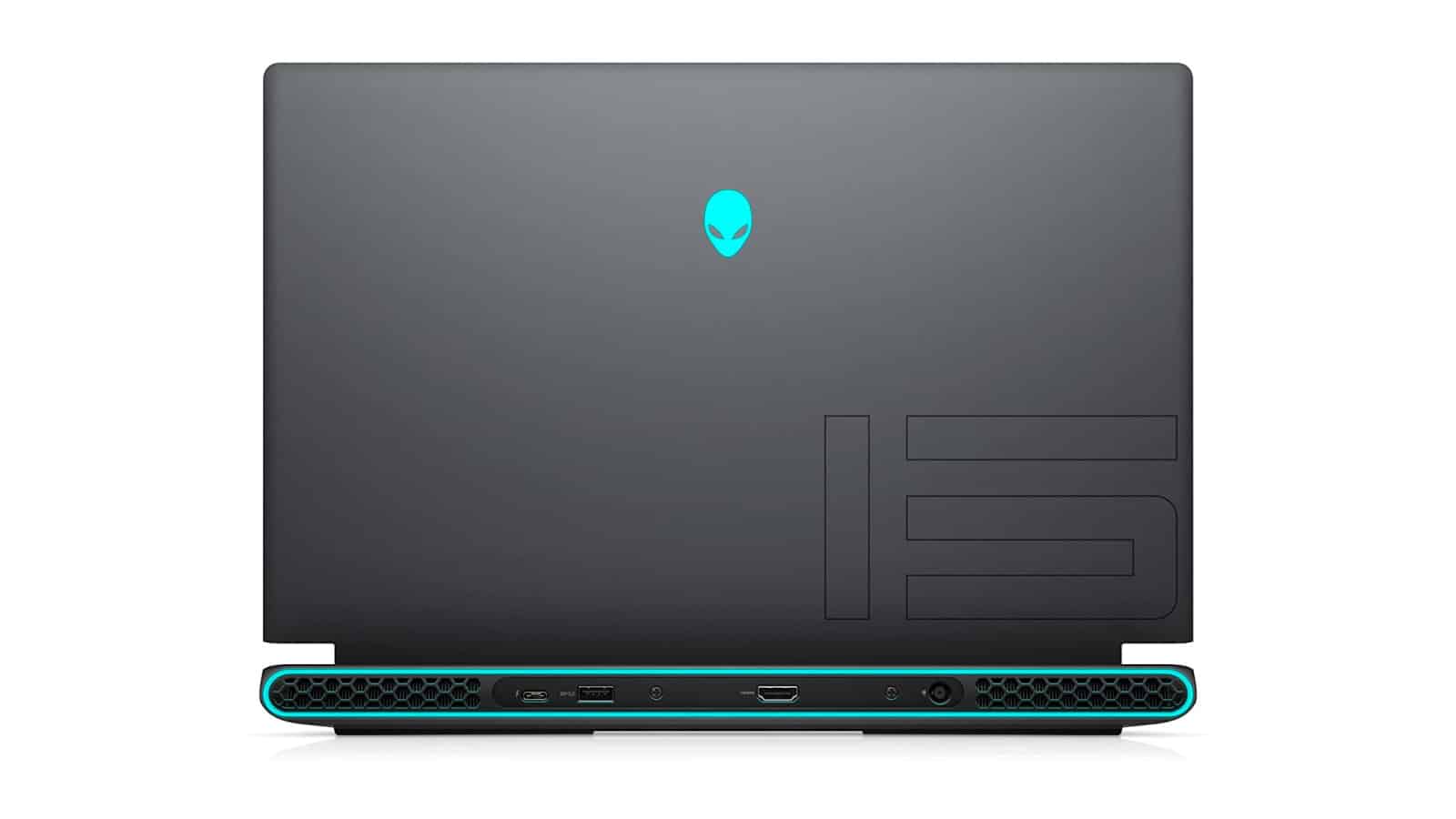 You can’t talk about gaming laptops, in a gift guide or not, without talking about Alienware. And the Alienware m15 R6 is our top pick for Alienware laptops as it’s an excellent mix of function and form. If you really don’t care about desk space or the weight, then you go for something like the Alienware Are 51 m2 or the Alienware x17. Both of which are beefy in size and performance.

But if you want something more portable, and a lot of people do these days, then this is the one you want. It’s got a sizeable yet still manageable 15-inch display, NVIDIA 30-series GPU options, and plenty of RAM and hardware space for gaming. 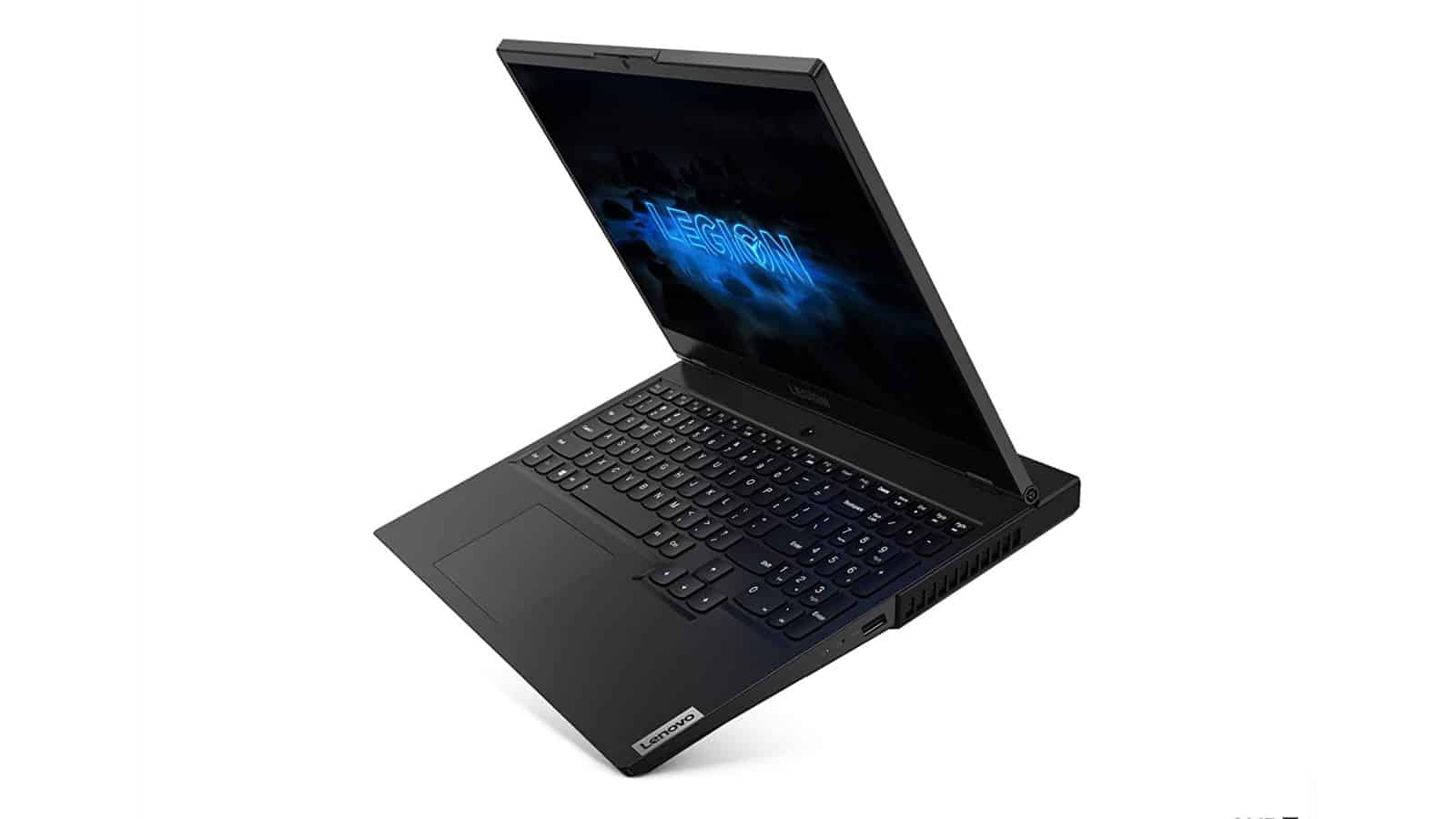 At $1,249, the Lenovo Legion 5 is among the least expensive options for gaming laptops in our gift guide. That being said, there is one drawback. It comes with a GTX 1650 Ti from NVIDIA. Now, this isn’t really a bad GPU. It’s perfectly fine for more casual gamers and those that play often, but don’t necessarily need or care about the highest possible graphics settings.

The laptop is also a good gaming laptop. But, there is one other option on this list that retails for just $50 more and comes with an NVIDIA RTX 3060, which is a considerably better GPU. Something worth considering. 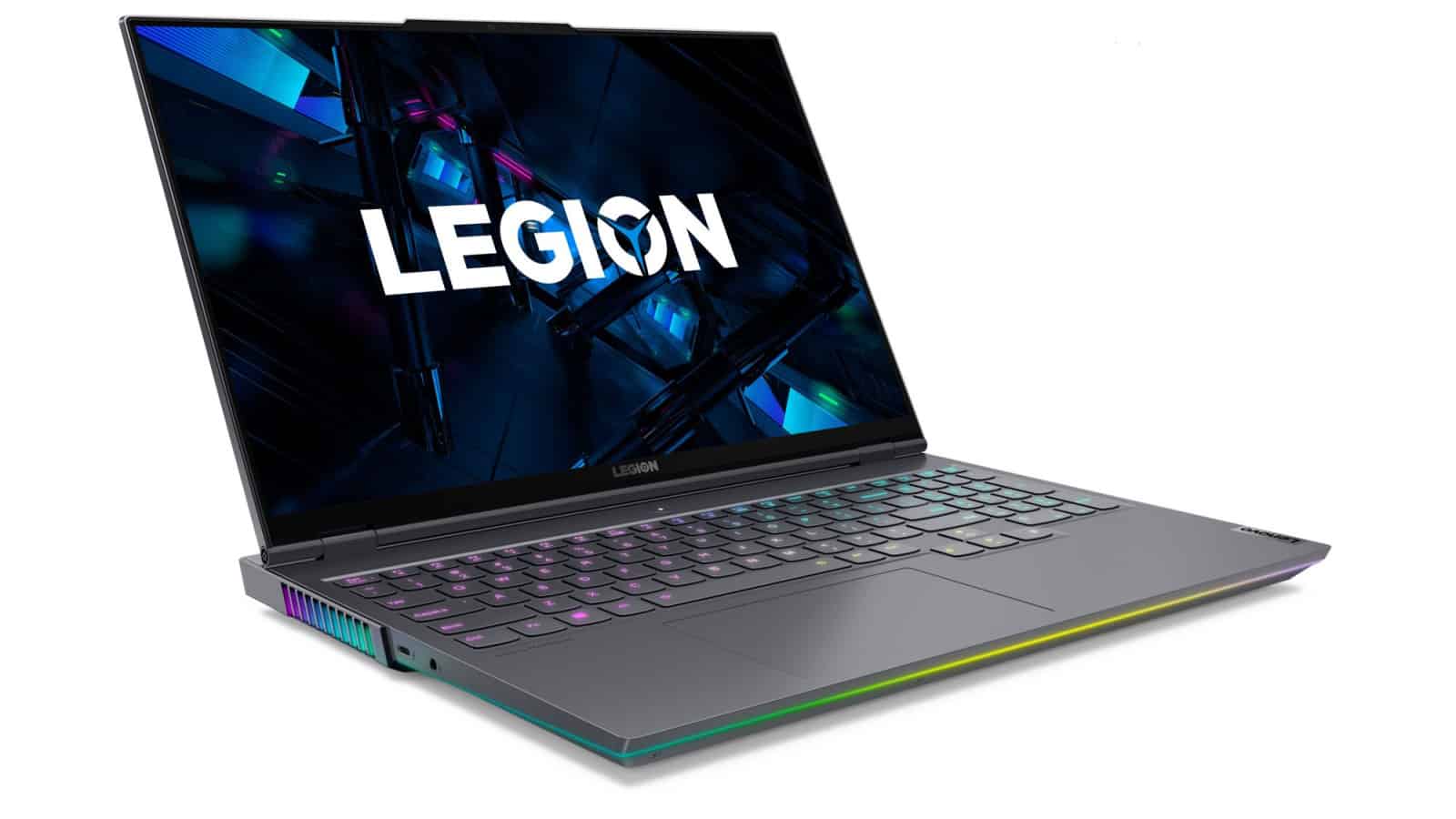 It also supports WiFi6 and it can support a maximum of up to 32GB of RAM. So you should be able to bump it from 16GB to 32GB if you want to upgrade the RAM yourself.

Size wise, it’s not the smallest but it’s still portable enough to use as an everyday gaming laptop that can be carried around. 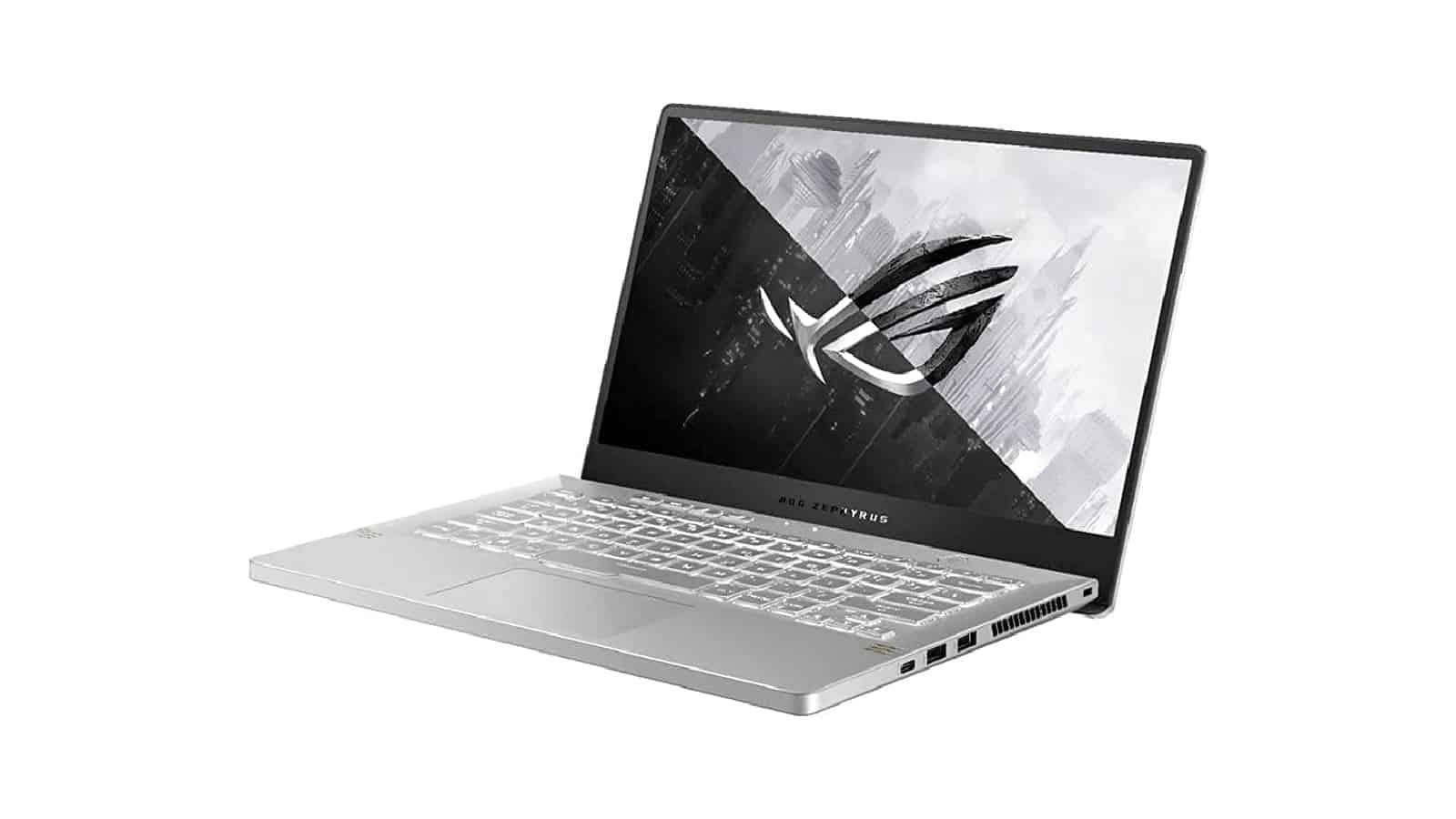 The G14 is a lot like the G15, but in a slightly smaller package. This is the perfect alternative to the G15 if you want something that won’t take up as much space and maybe weighs a tiny bit less.

It still comes with NVIDIA 30-series GPU options, too. So you aren’t really sacrificing much power and performance. This model comes with an NVIDIA RTX 3060 GPU, 16GB of RAM, and a 144Hz Full HD display. You’ll also find a bevy of ports and a battery life that should last you well into the day. 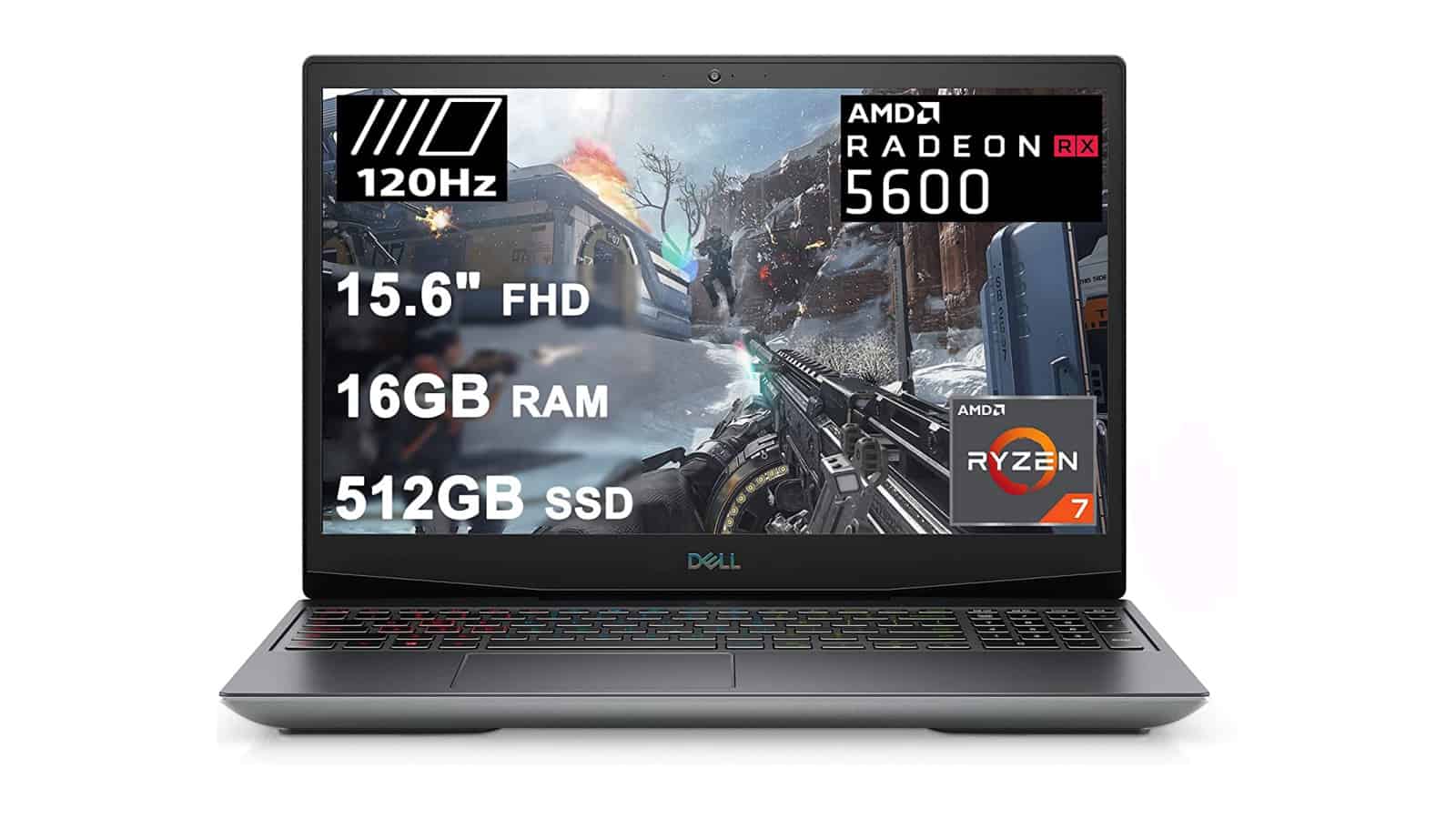 This laptop from Dell is the cheapest gaming laptop on here, so if you want to save some money this isn’t a bad option. It has been cheaper in the past, so there’s a chance the price could drop. Which means this one is worth keeping an eye on if you want spend a little bit less.

It comes equipped with a 15-inch display, a 512GB SSD, a Radeon RX 5600M GPU, and 16GB of RAM. Again, this is a decent gaming laptop if you don’t necessarily want the highest graphics settings. But there are noticeably better options for a little bit more money. 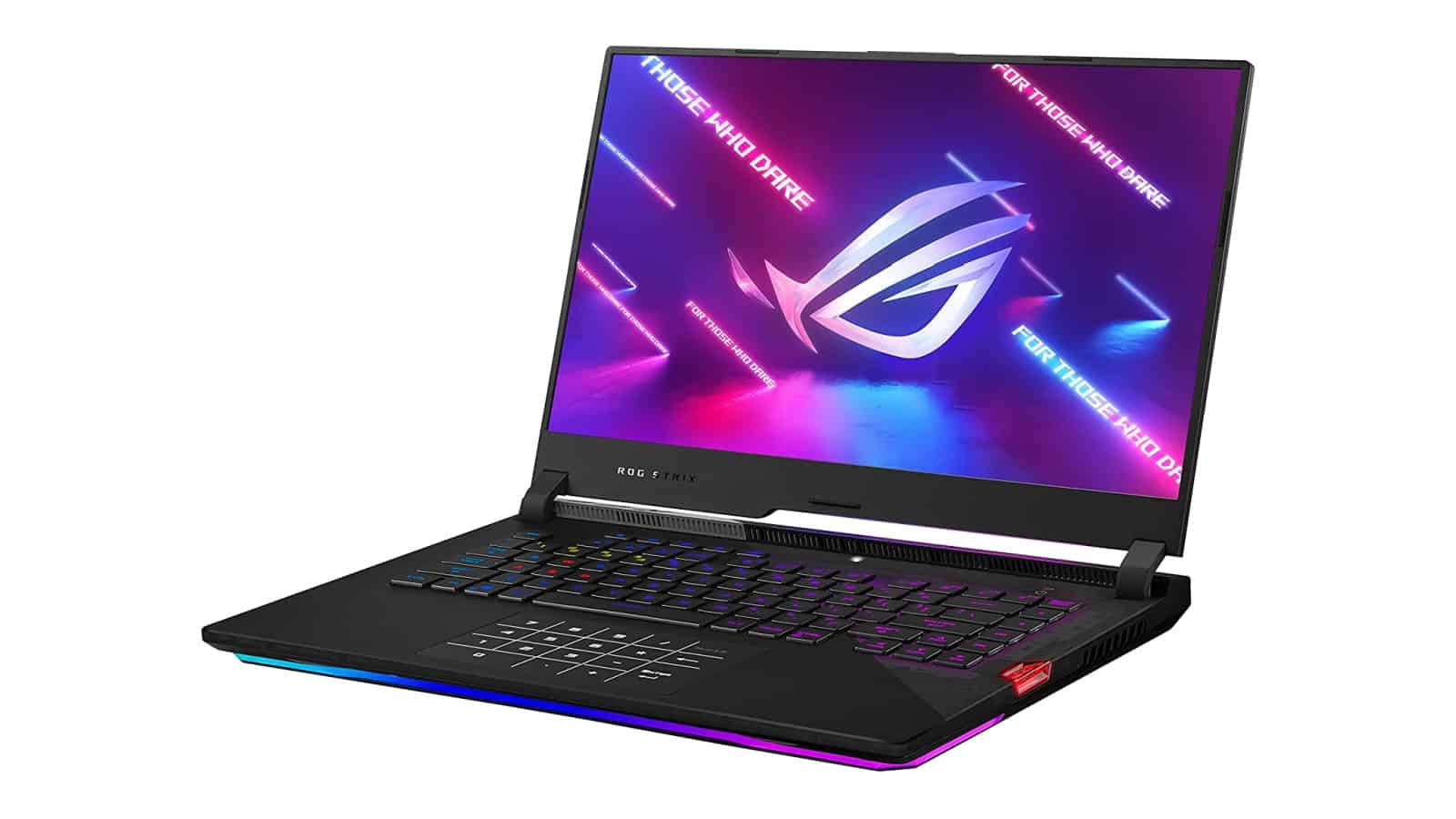 Another really great laptop from ASUS is the ROG Strix Scar 17 from this year. This refreshed model of one of ASUS’ most popular gaming laptops comes with an RTX 3080 GPU from NVIDIA, 16GB of RAM, and a 1TB SSD.

The best part though, is the pairing of all that power with the 300Hz 15-inch IPS display. You’re going to get a whole lot of frames per second if you play games on this bad boy. And as they say, frames win games. 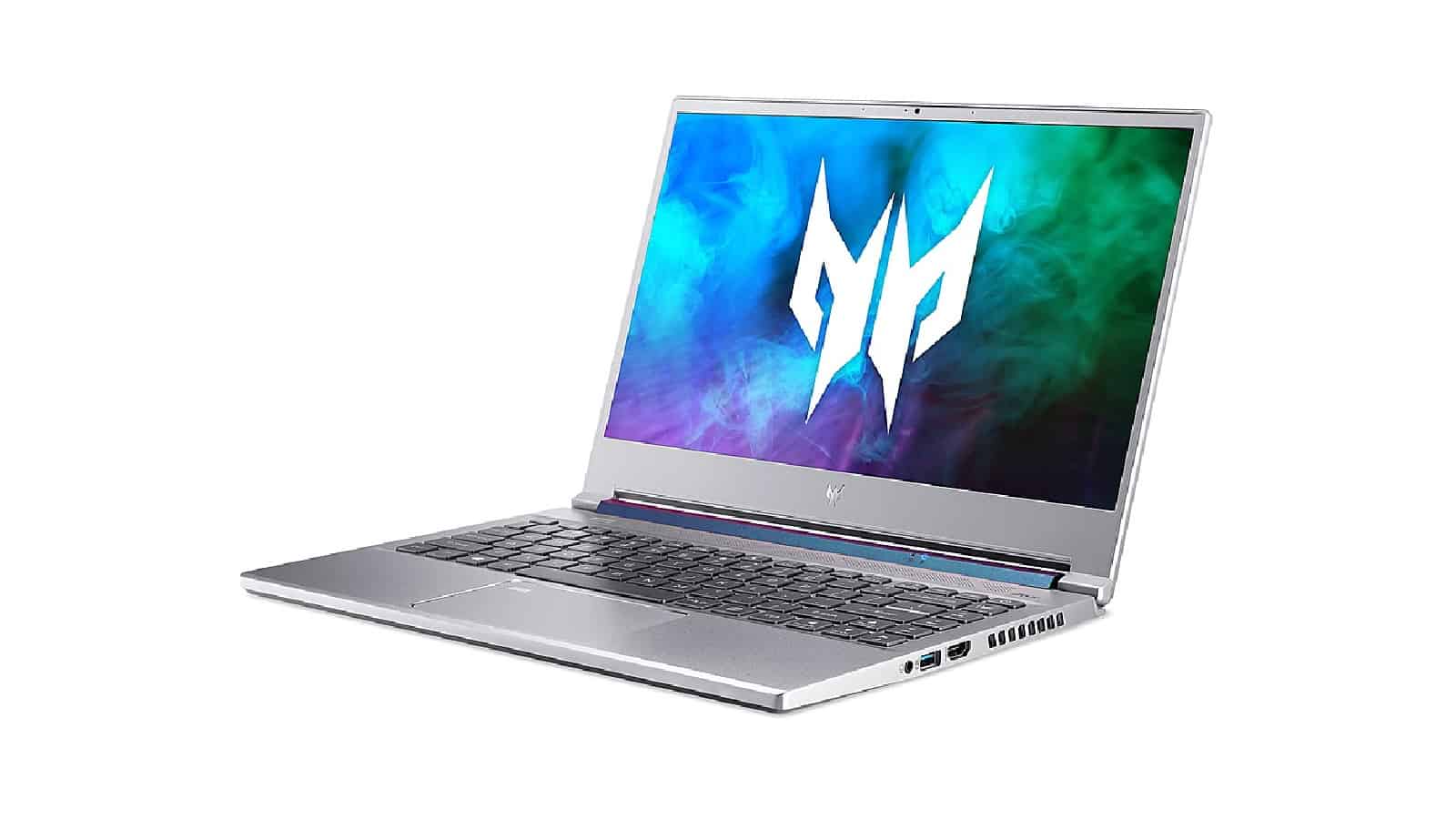 Rounding out this list is probably  the best value on here. The Predator Triton SE from Acer comes with an NVIDIA RTX 3060 GPU, but it’s hundreds less than some of the other options that have the same graphics card. It’s also fairly thin and lightweight, and honestly it looks pretty good in the design department.

Other notable features include an 11th Gen Intel i7 CPU, 16GB of RAM, and a 512GB SSD. The storage size isn’t exactly the largest, but if you can manage your space a little better you get to save a ton of money while still getting a really good graphical experience in games.

It has a 144Hz display too, so your refresh rate isn’t too bad either. Of course our top picks are still the Razer Blade 15 Advanced and the ASUS ROG Zephyrus G15, but those come at a higher cost.