Twitch Prime is Amazon’s gift to gamers. And if you’re not already a member you definitely should be, because there’s loads of benefits and features that you won’t want to miss out on.

If you’re not really sure what Twitch prime is then we’re here to break it all down for you. The short of it is that it’s an offering of free game-related stuff. But there’s a lot more to it than that.

Here’s everything you need to know about Twitch Prime and why you want it.

Twitch Prime gives you loot. You’re a gamer. You like loot 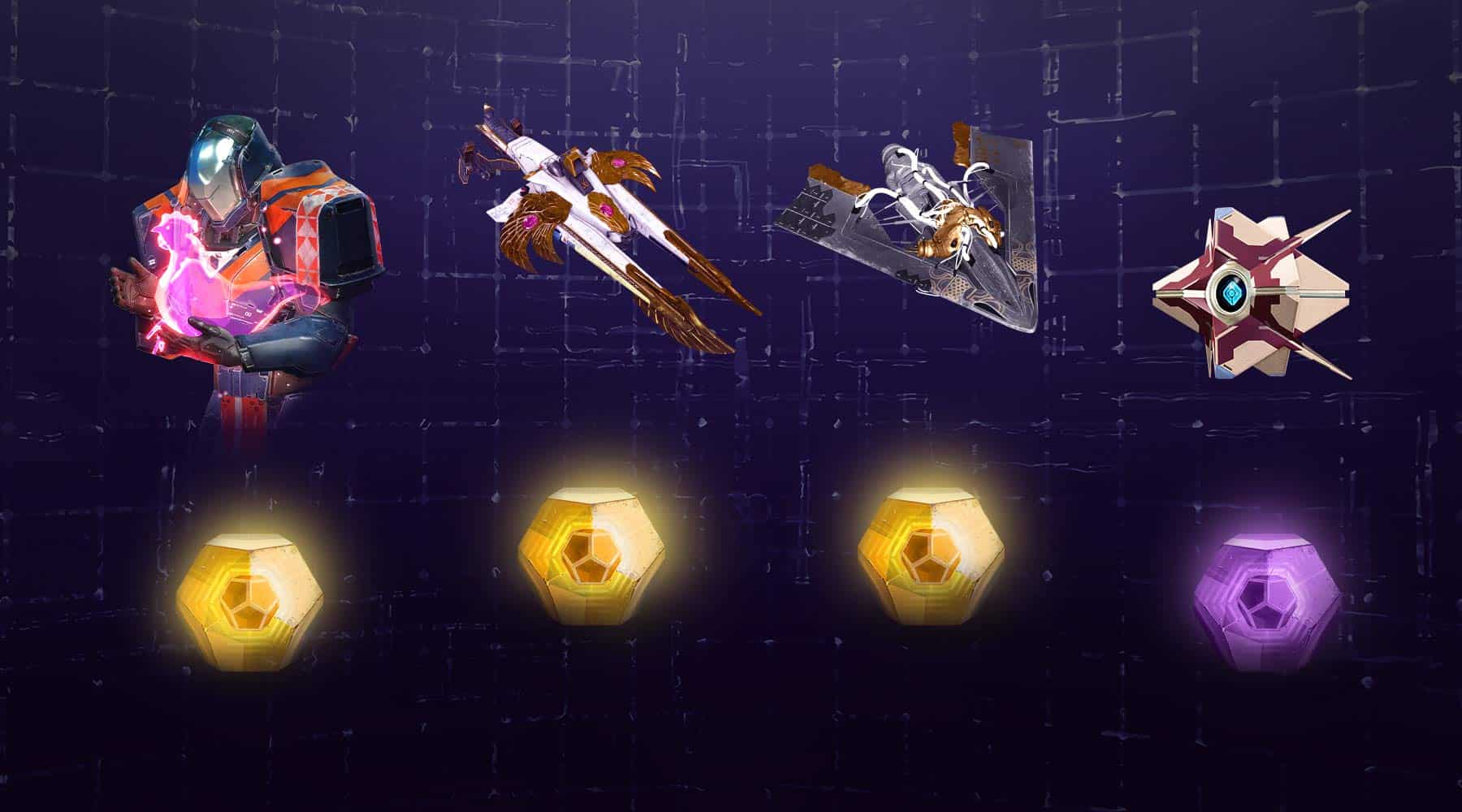 Twitch Prime’s main goal is to set you up with loot for games. The loot drops won’t always be for games that everyone plays. They do tend to be some of the most popular game titles though, so there’s a good chance that a majority of members will find some use in the rewards.

It’s also not just about the loot drops. That is a big part of it. But you also get free games. Sometimes these are for PC and sometimes they’re for other platforms. You just have to check back in once in a while to see what’s on offer.

Loot drops also sometimes come in the form of multi-month giveaways. The recent loot drop for DOOM Eternal for example spans over March, April, and May.

So gamers who are part of Twitch Prime will get a special package of loot for DOOM Eternal (which launched on Friday, March 20, 2020) for this month. As well as a loot drop next month, and one the month after.

There are ongoing loot drops for Destiny 2 and Borderlands 3 as well. So as you can see it’s a membership which is constantly giving back in terms of in-game items for games that are constantly and consistently played. 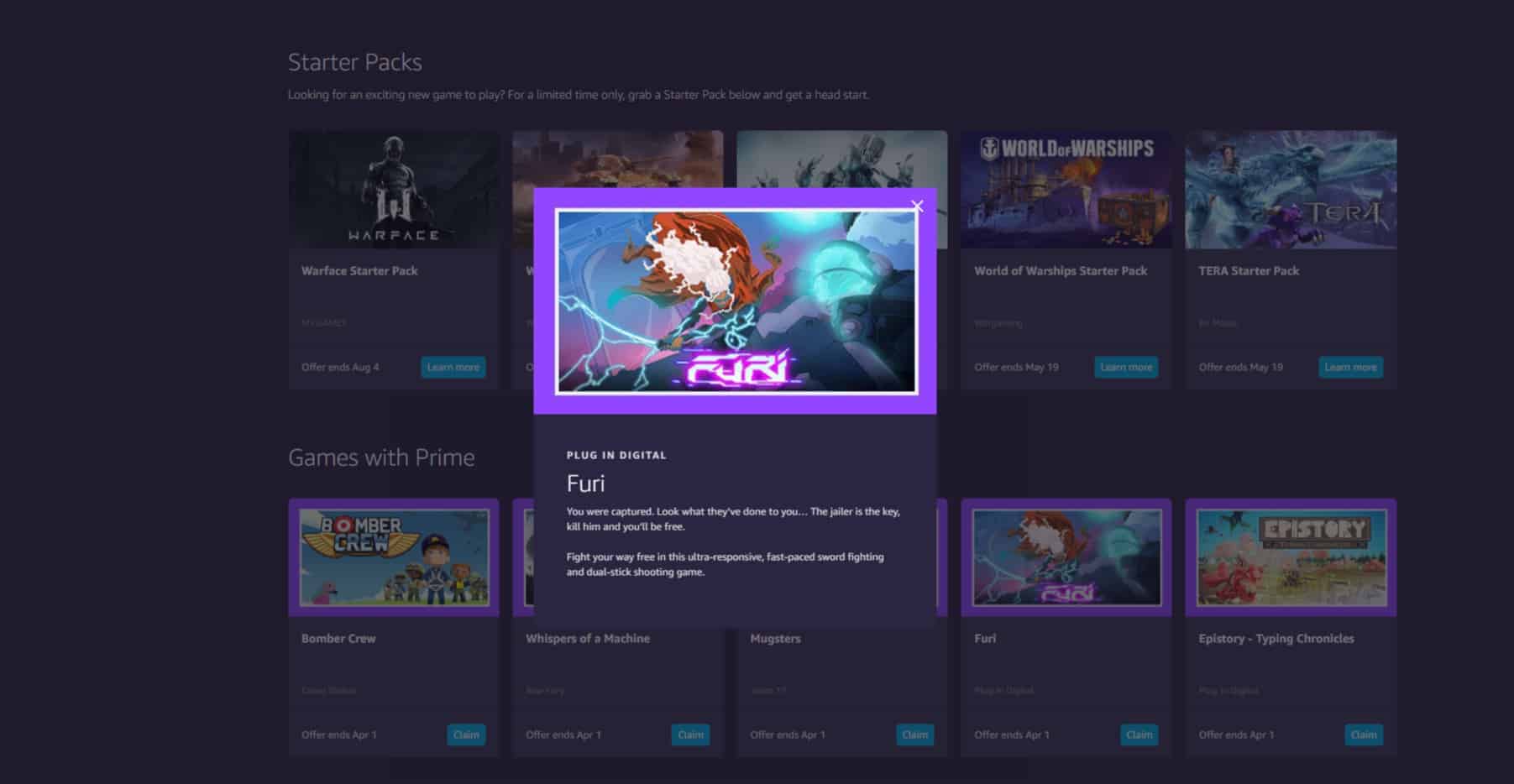 As mentioned you also get free games with Twitch Prime every month. Currently there are five games available for any member to grab.

These are also available for a limited time only. Just like the loot drops. So you don’t want to miss these while they’re available at no cost to you. Even if you don’t plan to play them right away, you might as well claim them.

You don’t even have to install the games. Simply claim and if you ever decide to play them at a later date you can go back to your library and install them whenever you like. So long as you’re still a Twitch Prime member.

The current crop of games are only available for free until April 1. So you have about one more week to get them before new stuff gets rotated in.

Twitch Prime itself is technically free

Twitch Prime is a service offered by Amazon following the company’s purchase of Twitch years ago.

It’s technically free too. That’s because Twitch Prime is free if you already subscribe to Amazon Prime. Meaning you will have access to it along with your normal Prime membership.

If you’re not already a member than Twitch Prime will cost $12.99 a month if you don’t do the annual plan. Because this is what Amazon Prime costs.

Outside of the free games and free in-game loot, being a Twitch Prime member means that you also get access to free two-day and one-day shipping (where applicable) on Amazon orders.

You also get access to free streaming music, movies, and TV shows through Prime Music and Prime Video.

You get a free subscription for Twitch TV every month

Twitch is, more than anything else, a platform for creators and gamers alike to share their love of games over the internet.

You do this by streaming. One of the ways that streamers make money on Twitch is with donations from viewers, but another way is through a cut of the cost of a monthly subscription to that particular viewer.

Being a Twitch Prime member lets you have access to one subscription every month that you can apply to any streamer you like. This is the equivalent of the $4.99 monthly sub, as there are multiple tiers.

Being a subscriber of a particular streamer gives you benefits like special emoji for use in the chat and so on. Though it’s different for every streamer as the streamer sets the rewards.

It also helps the streamer because they get paid a portion of every subscription cost. So by applying that sub, the streamer gets extra pay. If you like watching video game streams, this is a nice little way to show appreciation to your favorite streamer for the content they put out.

Your get a free trial of Twitch Prime

The best part about Twitch Prime if you’re a new member? You get a free trial. You’ll also get a free trial of Amazon Prime and everything that else that comes along with it.

Since it’s all basically a package deal. That’s what gives Twitch Prime such a great value. You really do get a lot for an affordable monthly price that pays for itself after one or two months of using the Amazon services.

The trial lasts for an entire thirty days. So you can test everything out for a month and see how you like it. If the service just isn’t your thing, you can simply cancel it just before the trial month is over.

Of course if you play games you’re not going to want to cancel. Because above and beyond Twitch Prime and all the awesome free games and loot you get, you also get free shipping on games and game-related things you buy from Amazon.

Looking forward to an upcoming game release and just happened to order your physical copy on Amazon? Great. Being a Twitch Prime member means that you’ll get free one-day or two-day shipping (where applicable) on that game.

In many cases Amazon also tries to ensure that gamers receive their copies on release day so you can start playing immediately.

You get to keep the games and loot forever

Free games and loot picked up from Twitch Prime are yours to keep. Forever. Even if you stop your Twitch Prime membership later on.

This isn’t like PlayStation Plus or Stadia Pro, where you lose access to those free games that were part of the service until you re-subscribe. You will always have them to play. Though you will want to install all of them before you cut off the membership should you ever decide to do so.

If you don’t install them (which has to be done through the Twitch Prime desktop app), then you won’t have the chance to snag them unless you resubscribe. However, if you do install them first you’ll never lose access.

The in-game loot in many cases works the same way. Once you claim it, it’s yours to keep. The one thing you do want to pay attention to is that this is sort of on a case by case basis. Some Twitch Prime loot drops will only be available for a limited time.

This has been the case with loot drops for games like PUBG MOBILE and other popular games. So, be sure to check the specifics of the game you’re claiming the loot drop for.

The last thing you want is to claim some loot and the not use it by the designated date that it disappears. Because where’s the fun in that? Overall, if you play video games then Twitch Prime is a must-have service.