The new Wear OS is finally here, finally giving us our hands-on look at what the software will be like for users. Google was initially quiet on which current devices would get the update to it. But during the Google IO keynote on May 18, and in the months that followed, it did share some details about what to expect from the new version of its wearables platform.

Better battery life is probably the biggest thing that’s available. But it’s not the only notable improvement that Google made. users can also expect better performance, some new features, and overall just a more well-rounded experience.

This guide will break down everything there is to know about the new Wear OS platform now that it’s been available since the launch of Samsung’s new watch. We’ll update this post periodically as more information becomes available.

The new Wear OS is a unified platform

With Google’s smartwatch OS at the helm and Samsung’s user interface layer on top, users are getting the best of both worlds. Google’s expansive collection of smartwatch apps and Samsung’s more pleasing user experience.

As for what the new unified platform includes, there’s not a ton of specifics yet but Google has highlighted some things. Both Wear OS and One UI Watch have their strengths. Which is exactly what Google and Samsung are trying to offer. This means you’ll see things like Google Assistant and Bixby for voice-activated, hands-free functions.

While other services like Google Maps and Google Pay are being brought into the fold on Samsung’s smartwatches for the first time since the Samsung Gear Live.

A recent support forum post from Google about the new Wear OS platform refers to it as Wear OS 3, confirming that this will be the official name for the software. This goes for any watches that are eligible to receive the upgrade to the software, as well as those that will launch with it out of the box.

It’s reasonable to have suspected that because Google was making this a new unified platform with Samsung, that it would come with a new name. But Google is choosing to keep the Wear OS name and simply add the new version number.

New apps and tiles are coming If you like third-party apps on your smartwatches, then Wear OS 3 is going to be right up your alley. Google has even shared some of the apps and tiles that are going to be available once the new version of the OS rolls out.

This includes YouTube Music, Google Maps, and Google Pay for the apps. You can see some screenshots of what these apps look like in the gallery above. From Google Pay to Spotify.

Beyond the apps, Google is refreshing the looks of many of its most popular Tiles. Like weather, the alarm clock, the hand washing timer, Google News, and Google Calendar just to name a few. There’s also going to be a new Tile added dedicated to Fitbit’s Active Zone Minutes feature.

You can expect Tiles from third-party apps too. Like Spotify, Strava and others. As Google will be opening up the new Tiles API to third-party developers when the new Wear OS gets pushed out.

It’s quite possible that eventually Google will have more partners for this new platform. But it’s starting out small. With Fitbit, which it owns, and Samsung, which is a clear choice. Given the popularity of Samsung’s wearables platform over the current Wear OS.

Samsung is the first to feature the new software. Because it worked with Google to develop it. As of right now, the Galaxy Watch 4 and Galaxy Watch 4 Classic are the only two smartwatches that run Wear OS 3. Though some existing watches will be getting the update to it sometime in 2022.

What watches will run on Wear OS 3?

Fossil’s recently launched Gen 6 Wellness Edition also comes with Wear OS 3 out of the box and won’t need to be updated.

You’ll be able to download both music and podcasts to the watch when this feature rolls out. Meaning you can connect a pair of Bluetooth earbuds or headphones to the watch and leave the phone at home. That way you can still enjoy everything Spotify offers even if the watch isn’t connected to the internet.

Wear OS has been lacking in both performance and battery life for really its entire lifespan. Since it’s been available to users, these two areas have always fell short. Google knows it.

So the new Wear OS rectifies this with better performance and better battery life. This was the promise during Google’s IO announcement this year, and for the most part Google has lived up to that promise. The company states that apps load faster too. So the user experience overall should be more efficient and enjoyable for most people. In our experience, that was mostly the case.

More to the point, though, is that you’ll be able to use the watch for more than a day before having to charge it. Whereas with Wear OS 2, you’d be lucky to get to the end of the day.

It’s all about convenience

The new Wear OS makes it super easy to not only get things done but also use your favorite apps. One of the new features is the capability to easily switch back and forth between your most recently used apps.

From anywhere on the watch no less. So no matter what screen you’re on, you can hop right back to maps if that’s the last app you used.

With Fitbit on board, the new Wear OS is going to be even more centered on health and fitness than ever before. The platform will come with a Fitbit app with features like Active Zone Minutes.

It’ll also include on-wrist celebrations to keep you motivated. And you’ll be able to track your progress throughout the day with just a glance. There are likely more features that will be part of the app as well.

Back on June 17 Qualcomm confirmed that smartwatches running on its two newest chipsets could technically support the new software.

Stating that Wear 3100 and Wear 4100 chips are capable of doing so. It also noted that it would be working to ensure that devices on these chips get the update if at all possible.

However, Google is not necessarily as committed to bringing support to older devices. The company has stated that its top priority is user experience. And it doesn’t know that those older chips can live up to the experience that it wants to provide for users.

Some manufacturers, like Fossil, have made official statements saying that none of its existing watches will get the update. Other brands, like Mobvoi, seem to be hinting that at least the TicWatch Pro 3 would be updated. And as the only Wear OS watch running a Snapdragon Wear 4100 chip, it would be a little surprising if the watch didn’t receive the new software. 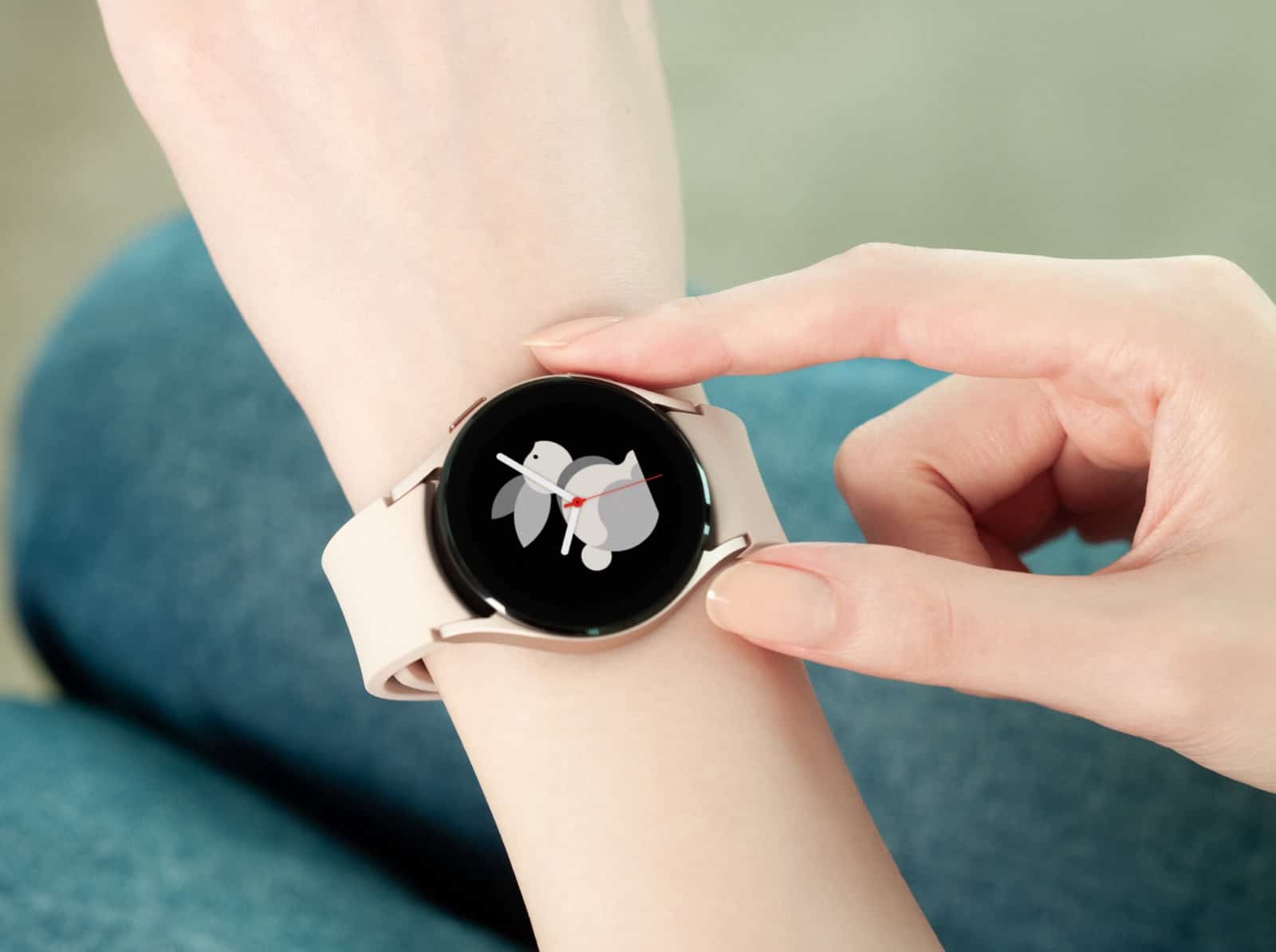 The company initially revealed the new experience during its virtual Mobile World Congress event on July 23. Noting that its upcoming smartwatch at the time, now officially known as the Galaxy Watch 4 and Galaxy Watch 4 Classic, would be the first device to run this new software.

This means that no other Wear OS smartwatches are going to have this software for a while following Samsung’s latest device that has just recently hit the market. In fact, Google also confirmed that Samsung’s Galaxy Watch 4 will exclusively feature Wear OS3 until late 2022. So this will be the only Wear OS 3 watch for the better part of a year.

According to Google, it will begin rolling out updates to compatible devices in the middle to second half of 2022.

Following the Galaxy Watch 4 announcement, Samsung confirmed that at launch, the Galaxy Watch 4 would not have access to either Google Assistant or YouTube Music. Furthermore, Google Pay is absent too. Though it will these eventually.

Samsung says it’s working closely with Google to get these services up and running on the new watch. In the meantime, users will still have access to Samsung’s own virtual assistant, Bixby. Worth noting is that YouTube Music is now available on Wear OS if you have the Galaxy Watch 4. Having been made available back around August 27.

Will any current smartwatches be upgraded to the new software?

Google also confirms that follow on TicWatch devices, as well as Fossil Group’s upcoming smartwatches later this year will also be eligible for the Wear OS 3 upgrade.

Devices eligible for upgrade will need a factory reset

In addition confirming which watches are eligible for the new software, Google has also stated that any eligible devices will need a factory reset. In the support forum post where it confirmed the Wear OS 3 name, it notes that eligible watches will need revert back to the way they were when users got the devices. Which means factory settings.

Google cites the changes to the software as the reasoning for the factory reset requirement.