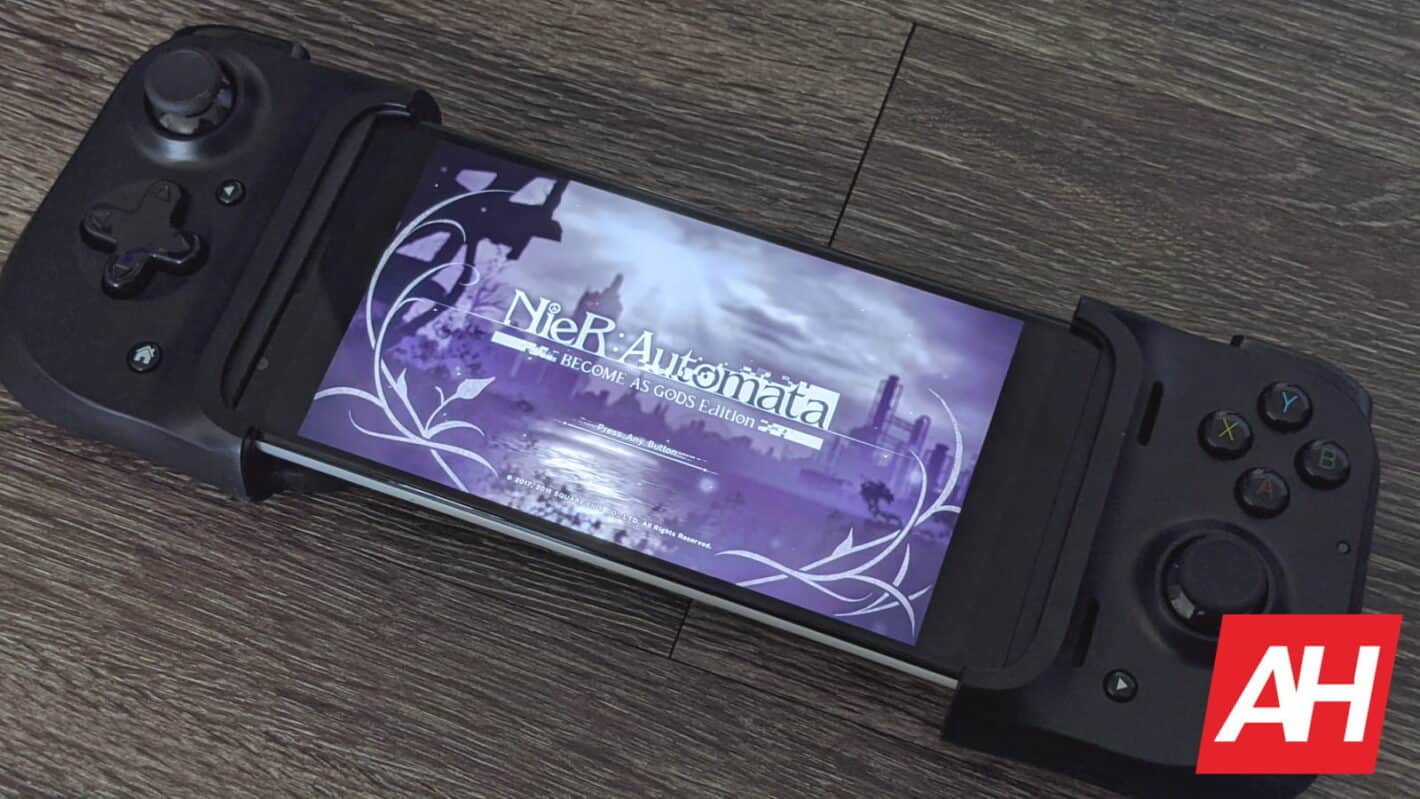 Today is the official launch day of Cloud Gaming with Xbox Game Pass Ultimate, which means you can now play tons of Xbox games right from your Android smartphone or tablet.

Yesterday Microsoft confirmed that Xbox Game Pass would allow you to play over 150 games on Android at launch. Which is up from its original statement of "over 100." Technically the latter is still true. But more is better in this case.

If you're curious about which games are included with the service, every single game you can play at launch is listed below. We've also split them up into categories to make it easy to track down exactly what it is you want to play.

All 150+ launch titles for Xbox Game Pass Ultimate on Android

As noted above we've listed out everything below based on the genre that each game is in. Some games may be in more than one genre.

Also worth noting is that we won't be listing out each and every game title by name. Rather, there will be short descriptions of each genre alongside screenshots of the app for every game in that respective genre.

There's nothing quite like a good indie game, and Xbox has plenty of those.

Whether it's more lighthearted titles like Moonlighter from 11 Bit Studios, or more chaotic thrill rides like Devolver Digital's Enter The Gungeon, there's an indie here for just about everyone's tastes.

Indie games also do a wonderful job at displaying the kind of passion that some development studios have for making games. The gaming industry is certainly big business. But it's not always entirely about money.

If you want something that evokes that a little better, check out the indie hits.

Kids love games too. And sometimes you and your kids both loves games. Maybe you want to play a game you can share with them, or maybe you just want them to have a game they can call their own.

Whatever your reasons, family friendly games are out there and some of them are pretty great. Xbox Game Pass Ultimate has a fair list of these titles that are good for players of all ages.

So you can rest assured they won't be filled with content you don't want anyone playing at a younger age.

Perhaps one of the most popular genres out there, shooters encompass a wide range of different game titles.

There are multiple types of shooters too. And games like Call Of Duty are among some of the most popular. That said you won't find any Call Of Duty games on this list. Likely due to licensing rights with Activision.

What you will find are a few titles in the Halo series, as well as Microsoft's popular Gears Of War franchise.

If it's all about action and fast-paced first-person or third-person combat for you, you shouldn't have any trouble finding something in this particular genre.

Carrion for instance, is an action game where you play the role of an imprisoned creature that eats its prey. Your goal is to escape the facility you've been locked up in. Stalking and consuming anyone that stands in your way.

Meanwhile this genre also hosts Battletoads. A fun action beat 'em up that many may remember from the days of the NES and SNES.

This is probably one of the largest genres out of all of them. If not the largest. So you'll have lots to play here. 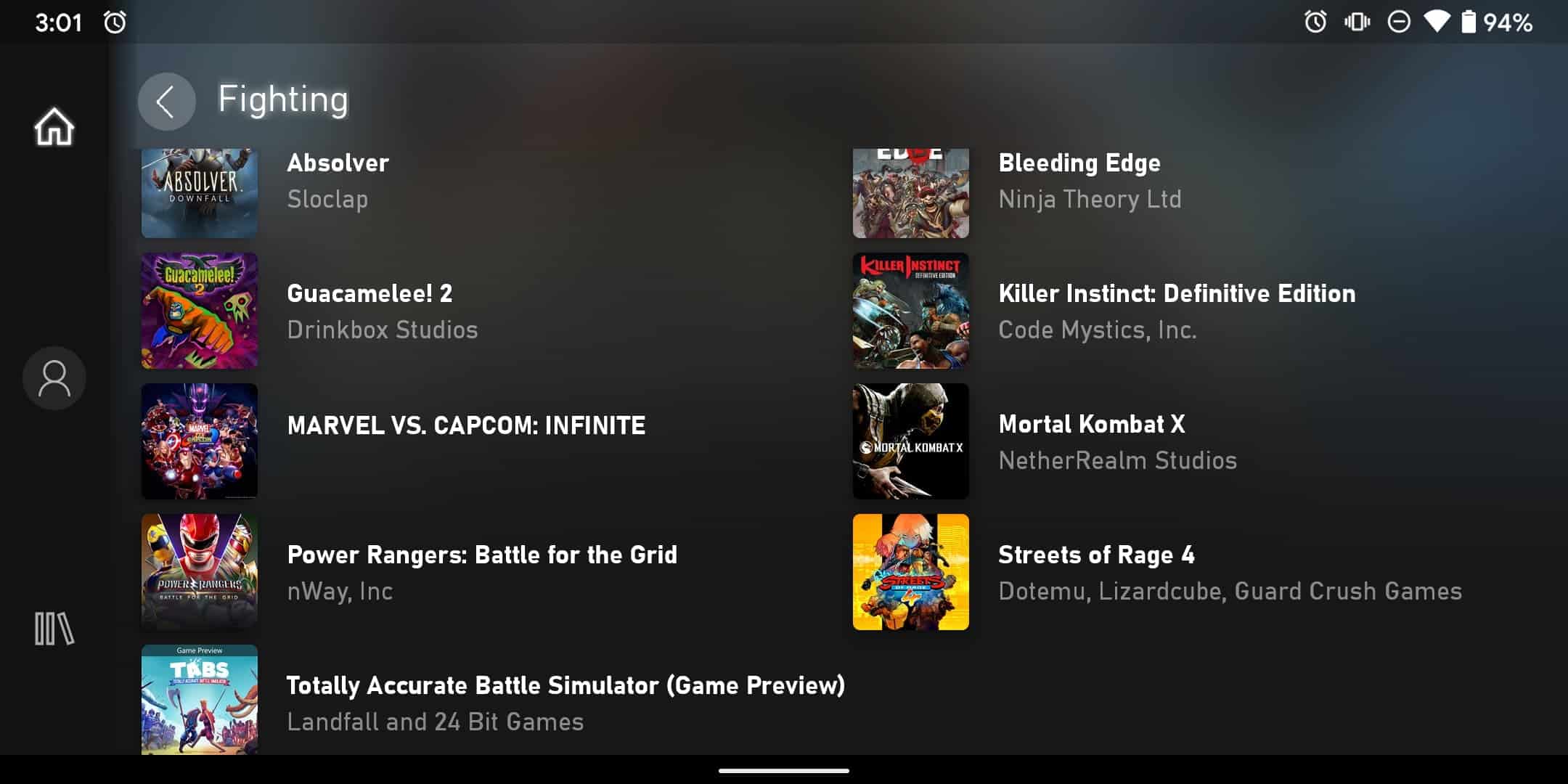 You won't find an endless list of games in this particular genre but there are a few gems.

Mortal Kombat X, Killer Instinct: Definitive Edition, and Streets of Rage 4 are all on the menu. Dive in and start using your fists to make your enemies fear you.

These games will test your patience and your mind. Strategy games are generally composed of choices you'll need to make that could have a huge impact on the game.

There's a good mix of strategy games on offer. So if you fancy a little more of a challenge in your games, plenty of these should get you thinking about what move you're going to make at every turn.

Sim games are the ones you go for if you want something that's a little more casual. Though not always.

Some of them will have you farming and crafting while others will have you exploring the far reaches of space in an unknown universe.

The favorite genre of anyone who loves games with heavy role playing mechanics, rich stories, and characters that have backstories you can get emotionally invested in.

With an RPG you'll sometimes find vast, expansive worlds to explore, as well as character progression that leads to more power and cooler combat skills.

Black Desert, Minecraft Dungeons, NieR: Automata, The Witcher 3, and The Outer Worlds are all on offer. And those are just a handful to choose from.