If you’ve been looking at new TVs recently, then you’ve probably seen a new selling feature called Dolby Vision. This is a form of HDR, that most TVs support these days, and a lot of streaming services are now supporting and even shooting new content in. But Dolby Vision isn’t as cut and dry as being plain old HDR.

Dolby Vision can really improve the user’s viewing experience, but what really is it? Well, we are here to tell you all about Dolby Vision. And whether you need that feature on your next TV (or even your next smartphone).

What is Dolby Vision?

To put it simply, Dolby Vision is a form of HDR.

Now, to get more in-depth and into the weeds on Vision, it’s basically HDR10 but with the addition of dynamic metadata to the core HDR image data. This does also explain why TVs that have HDR10 support are able to add Dolby Vision by simply sending out a firmware update.

This metadata will carry scene-by-scene instructions that the Dolby Vision-capable display can use so that it portrays the content as accurately as possible. TVs that are Dolby Vision-compatible, combine the scene-by-scene information received from the source, with the awareness of its own capabilities. This is in terms of brightness, contrast and color performance.

When it comes to HDR10, your TV only gets static metadata. Which is relatively basic information on the content being shown that applies to the entire movie or TV show. Meaning that it won’t adjust the picture throughout the movie or show, to give you the best picture possible.

Dolby Vision is more focused on pushing HDR to its technical limits, especially on the production side of things. This is why the minimum spec for Dolby Vision mastering requires the use of reference monitors with a contrast ratio of 200,000:1, peak brightness of 1000 nites, color range “approaching” the Rec 2020 standard and support for the SMPTE ST-2084 HDR format.

Does it deliver better picture quality?

Yes. Of course it does.

Now there are some variables to watching Dolby Vision on your TV though. First, your TV needs to support it, and secondly, the content you’re watching also needs to support it. If one or the other is not compatible, then you won’t get the full Vision experience.

The real question, however, is whether it is better than HDR10. On paper, yes. Because it does push HDR to its limits, even further than HDR10 does. But in a head-to-head comparison between Dolby Vision and HDR10, you won’t notice a night and day difference. There is a difference though. For example, Dolby Vision images contain more tone definition in bright areas. As well as more balanced, nuanced and natural colors right across the spectrum. There’s also better contrast range management and a great sense of detail.

The experience will also differ based on how you are watching Vision content. For example, on Blu-Ray, HDR10 actually looks better. But these days, most of us are going to be streaming, and that’s where Dolby Vision really looks impressive. 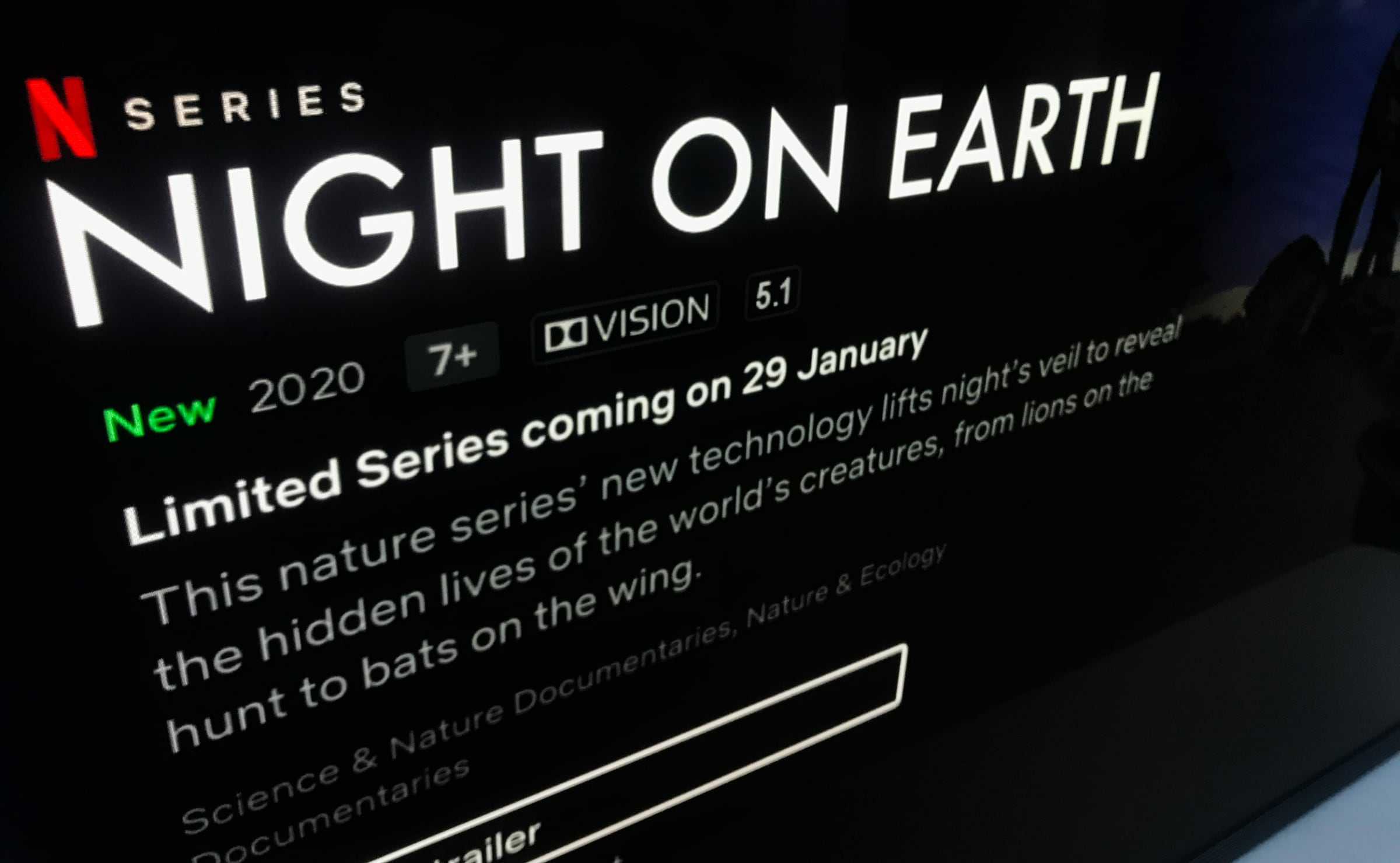 As mentioned, you do need some Dolby Vision-capable hardware to watch content using Dolby Vision. In recent years, we’ve seen Dolby Vision adoption really increase. But you’ll be able to find TVs, Blu-ray players, receivers, and even mobile devices that support Dolby Vision. So it’s pretty easy to find something that supports it.

Now it’s worth mentioning that if you do use a Blu-ray player or a receiver in your home entertainment system, that it and your TV needs to support Dolby Vision. It’s great if your receiver has Dolby Vision, but if the TV doesn’t support it, you won’t get it. Or at least you won’t get the full experience. Which is rather unfortunate, but that is how these things work.

For Blu-ray players, Panasonic, Cambridge and Sony all have compatible models. Panasonic, Philips, Toshiba, TCL, and most other TV makers do also have Dolby Vision-compatible models. In fact, Toshiba has probably the cheapest one, in its 50-inch Fire TV model that is usually under $400.

Which brands do not support Dolby Vision?

There’s very few that don’t yet support Dolby Vision, but the biggest TV maker yet to support it is, Samsung. Which is a bit surprising, considering Samsung is one of the biggest TV makers worldwide. But, it’s likely only a matter of time until that happens. And since the majority of its TVs do support HDR10, it could be supported with just a simple firmware update.

Why hasn’t Samsung added support for Dolby Vision yet? Well it’s tough to say. But we do know that it does add in manufacturing costs, along with a licensing fee. Then there’s the fact that Samsung really trusts its own TV processing, as well as the capability of its own hardware. Considering Samsung does make some of the best display panels in the world, that’s not a big surprise.

Perhaps the biggest reason that Samsung is not using it, though is because it is backing the royalty-free dynamic metadata HDR system, HDR10+. This is developed by Samsung, 20th Century (Fox) and Warner Bros, as partners to license HDR10+ to other manufacturers. This is a very direct rival to Dolby Vision, and without the licensing fees, it’ll be cheaper and easier to add to other TVs.

Most major film studios are not filming content in Dolby Vision. This includes Lionsgate, Sony Pictures, Universal and Warner Bros. However, that is only one portion in the chain of being able to watch Dolby Vision content. The next step is the streaming service. While most do support it, Netflix and Amazon Prime Video are the biggest supporters.

The majority of new content landing on Netflix and Prime Video are supporting Dolby Vision. As long as it was shot recently. Anything that is being licensed, that actually was filmed years ago, won’t be in Dolby Vision of course. Disney Plus and Apple TV+ are also using Dolby Vision.

Other streaming services like HBO MAX and Peacock are not yet supporting it. And part of that is because 4K content on its service is very sparse right now.

Some shows that you can watch now, in Dolby Vision include Daredevil, Jessica Jones, Luke Cage and Iron First, from the Marvel catalog on Netflix. There’s also originals like Lost in Space, Altered Carbon, Santa Clarita Diet, Stranger Things series two and Dynasty.

Amazon Prime Video doesn’t have as many titles as Netflix, but it does have a few worth checking out. like Jack Ryan, After Earth, Fury, Elysium, Men in Black 3 and The Amazing Spider-Man 2. Now you might be wondering why some older movies have support for Dolby Vision, that’s because it wasn’t shot originally with it, but has been remastered.

Disney Plus also launched with a rather large library of Vision content available. Most of the Marvel Cinematic Universe and Star Wars movies are available. As well as Pirates of the Caribbean.

Is it available on smartphones & tablets?

Yes, it is available on some smartphones and tablets.

LG was the first to adopt Dolby Vision on smartphones actually. Which may surprise some of you, but LG was known for pushing new technology that other companies would later adopt.

The LG G6 (launched in 2017) supported Dolby Vision HDR. But it is (and was) not the only model with it. Google and LG are the main Android smartphone makers that have adopted it. Samsung obviously (for reasons mentioned already) has not. Though, interestingly enough, they have added support for Dolby Atmos, for audio.

The iPhone X and later supports it, as well as the iPad Pro.

What are Dolby theaters?

It’s not just TVs that have support for Dolby Vision either. There are also Dolby theaters. AMC has a number of Dolby Cinemas throughout the US. And there is a dedicated theater in Los Angeles as well. The Dolby Cinema uses Atmos. As well as Vision. Giving you a great visual experience and a great audio experience.

If you haven’t tried watching a movie in a Dolby Theater yet, you should definitely try it. Once you do, you won’t want to go back to watching movies in a regular theater. If you are a member of the AMC A-List, you can actually watch movies in the Dolby Cinema as part of your subscription. This is great news, seeing as Dolby Cinema movies are generally a few bucks more. In my experience, they have been around $15-$18 depending on location. But with A-List, you can watch three movies per week for only $19.95 per month. So watch two movies and it pays for itself. Which is really cool.

Dolby Cinemas and theaters are likely to become a much more popular thing in the future too.

What is Dolby Vision IQ?

So what’s next? Well there’s Dolby Vision IQ. Which was announced at CES 2020. This is essentially a development of Vision, which is designed to optimize how content looks according to the brightness of the room your TV is in.

This means that Vision content, regardless of its overall brightness, should be easier to watch. Unlike those last few episodes of Game of Thrones, which were very dark. And really only looked okay on an OLED TV.

Additionally, if you switch from a bright live sport to a darker TV show, the TV will be able to adjust accordingly, giving you the best picture possible.

Is Dolby Vision a must-have feature in my next TV?

Yes. If you’re looking for a good TV that you plan to keep for a few years, then Dolby Vision is a feature that you have to have on that TV. The good thing is that most TVs do support Dolby Vision already. Even cheaper ones. So this should’t be too hard to do, unless you had your heart set on a Samsung QLED TV.

Unfortunately, HDR has gotten super confusing over the past few years. As we now have HDR, HDR+, HLG, HDR10, HDR10+ and Dolby Vision. Just to name a handful, and it’ll likely get even more confusing too. But at this point, Dolby Vision and HDR10+ are the holy grail for HDR.