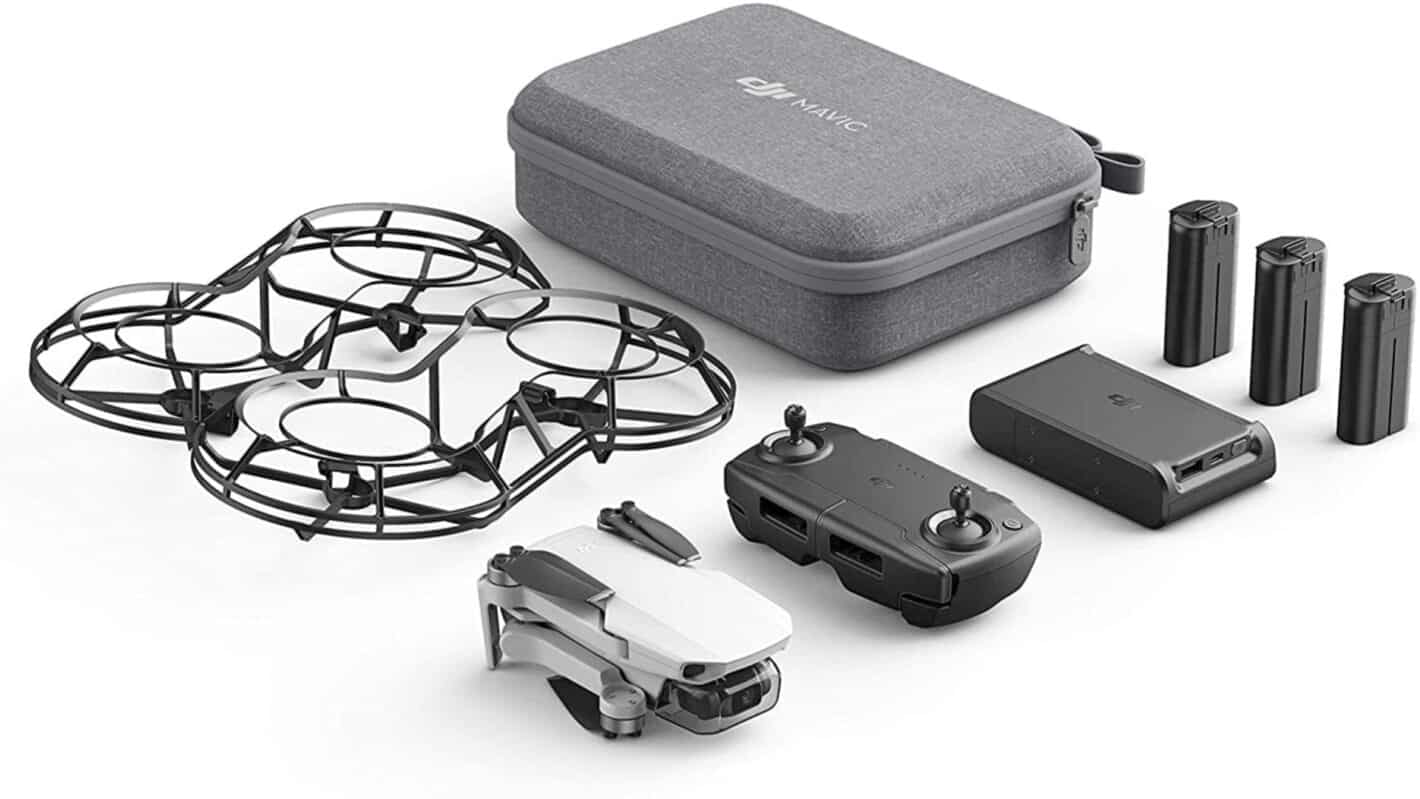 If you’re in the market for a new drone, action camera, or gimbal, DJI has some sales over at Amazon Prime Day deals. The

In fact, the standard-setting company has no fewer than four gadgets up for grabs. And that includes at least one from each category, with prices at up to 25-percent off.

Of course, you’ll need an Amazon Prime membership to get in of the savings. But, with a free 30-day trial available here for those who don’t a paid subscription, that’s not too difficult to come by. That’ll also get you 2-day shipping everywhere else on Amazon, Prime Video, and more.

Now, DJI is best known for its drones and its camera gimbals. The company is offering two of the latter, both three-axis models, available from DJI as part of Amazon Prime Day.

The pricier of the two offerings is the DJI Osmo Pocket. That’s a handheld 3-axis gimbal with an integrated 12-megapixel camera for 4K video captures. DJI bundles that with a charging case for Amazon Prime Day and ships at the same price as the standalone camera. DJI has set the price at $299.99. That’s 25-percent off its usual cost of $397.74.

Starting out at just $104.99, 12-percent down from its standard $119 price tag, is the DJI Osmo Mobile 3 Combo. That’s a 3-axis smartphone gimbal shipping in a bundle with a lanyard, tripod attachment, and carry case, among other accessories.

Jumping over to action cameras, DJI is selling its $234.84 Osmo Action for just $199.99 for Prime Day. That brings the waterproof — up to 36-feet — WiFi-enabled, dual-display 12-megapixel 4K HDR action camera down by 15-percent.

Finally, DJI is also offering a hefty 20-percent discount on its micro drone, the DJI Mavic Mini Combo. That brings the price of the drone, equipped with a 2.7K camera on a 3-axis gimbal, down to $399 from its $499 list price. DJI built its camera drone with GPS features, 30-minutes of flight time, and packs it with spare batteries as well as a control unit.