It owns quite a few popular franchises too, which makes Disney+ really attractive. It has Disney (of course), Star Wars, Marvel, National Geographic and Pixar. Which have made some of the most popular movies and shows ever, in the last few decades. So it sounds like a no-brainer to be the best streaming TV service, right? Well let’s give you all of the details on Disney+ to see if it is right for you.

How much is Disney+?

Disney+ will cost you $7.99 per month. Or you can sign up for an annual subscription of $79.99/month, and that brings it out to paying for ten months basically. So it does make it cheaper.

Since Disney also owns ESPN and Hulu, you are able to bundle Disney+, ESPN+ and Hulu (with ads) for $13.99 per month. That is actually far cheaper than it would cost you to get all three separately. As Disney+ is $8, ESPN+ is $6, and Hulu is $6, making it $19 per month. So it’s well worth it to get the bundle, if you want to use at least one of the other two streaming services. 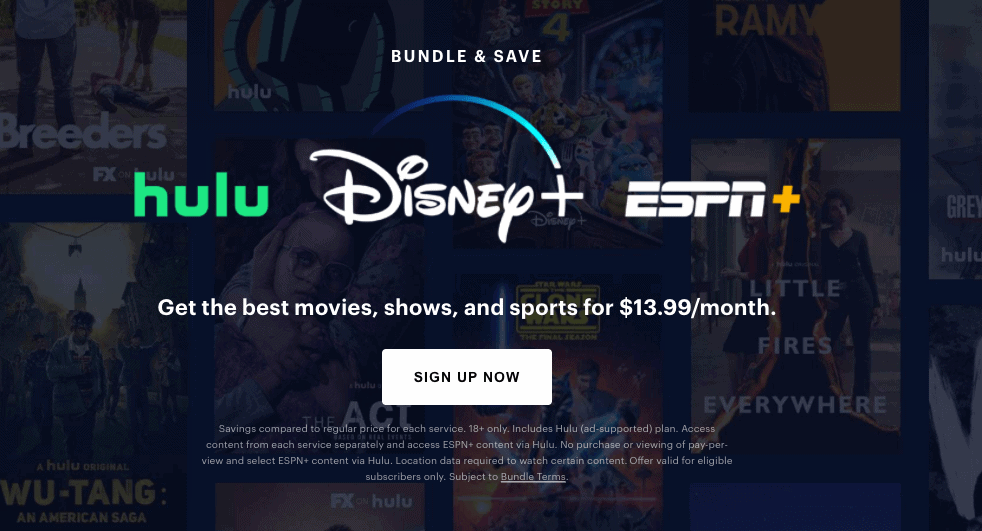 Disney+ is really cheap, particularly if you have kids. As there is a ton of kids content available on Disney+. And at $8 per month, it’s cheaper than Netflix, and likely has better content.

Premier Access is a new tier of Disney+ that it debuted in the summer of 2020. This allowed users to pay $20 to watch Mulan, when it would have been in theaters. Due to the COVID-19 pandemic in 2020, theaters were closed, so Mulan was available on Disney+ for $20.

So far, no other movies have been added to Disney+ Premier Access yet, but Disney has promised to add more movies to this service in the future. This could finish off movie theaters even before the pandemic is over with.

Disney has discontinued Premier Access as movies are now more openly available to watch in theaters.

What devices can I watch it on?

You can watch Disney+ on just about any platform. As a result it is available on your web browser on Mac, PC and even Chrome OS. It is available on mobile via Android, iOS, iPadOS and Amazon’s Fire OS.

So basically, any platform out there, Disney+ is available on. As a result, it’s super easy to watch Disney+ anywhere and at anytime.

Where is Disney+ available?

Currently Disney+ is available in the following countries:

On June 14, 2022, Disney+ launched in about 50 new countries. The above list has been updated to reflect that.

What movies are on Disney+?

The short answer here is, almost everything that is under the Disney, Pixar, National Geographic, Star Wars or Marvel umbrella. There are very few movies that didn’t make the cut to Disney+. And of those that aren’t available on Disney+ now, they will be later.

You see, some movies were already available on other streaming services. Like Thor: Ragnorak, which was available on Netflix and Disney had to wait for that licensing deal to run out before it could be put on Disney+. Now it’s worth mentioning, that in the Marvel Cinematic Universe, everything is available on Disney+. With the exception of the Spider-Man movies. Since Sony actually owns the rights to Spider-Man and not Disney, those movies are not available on Disney+ – they are currently on STARZ though. The 20th Century Fox Marvel movies have been added as well, after it closed the deal to buy that studio just before Disney+ launched. So X-Men, X-Men: Days of Future Past, X-Men: Apocalypse, Fantastic Four (2015), Fantastic Four (2005) and The Wolverine are also available. 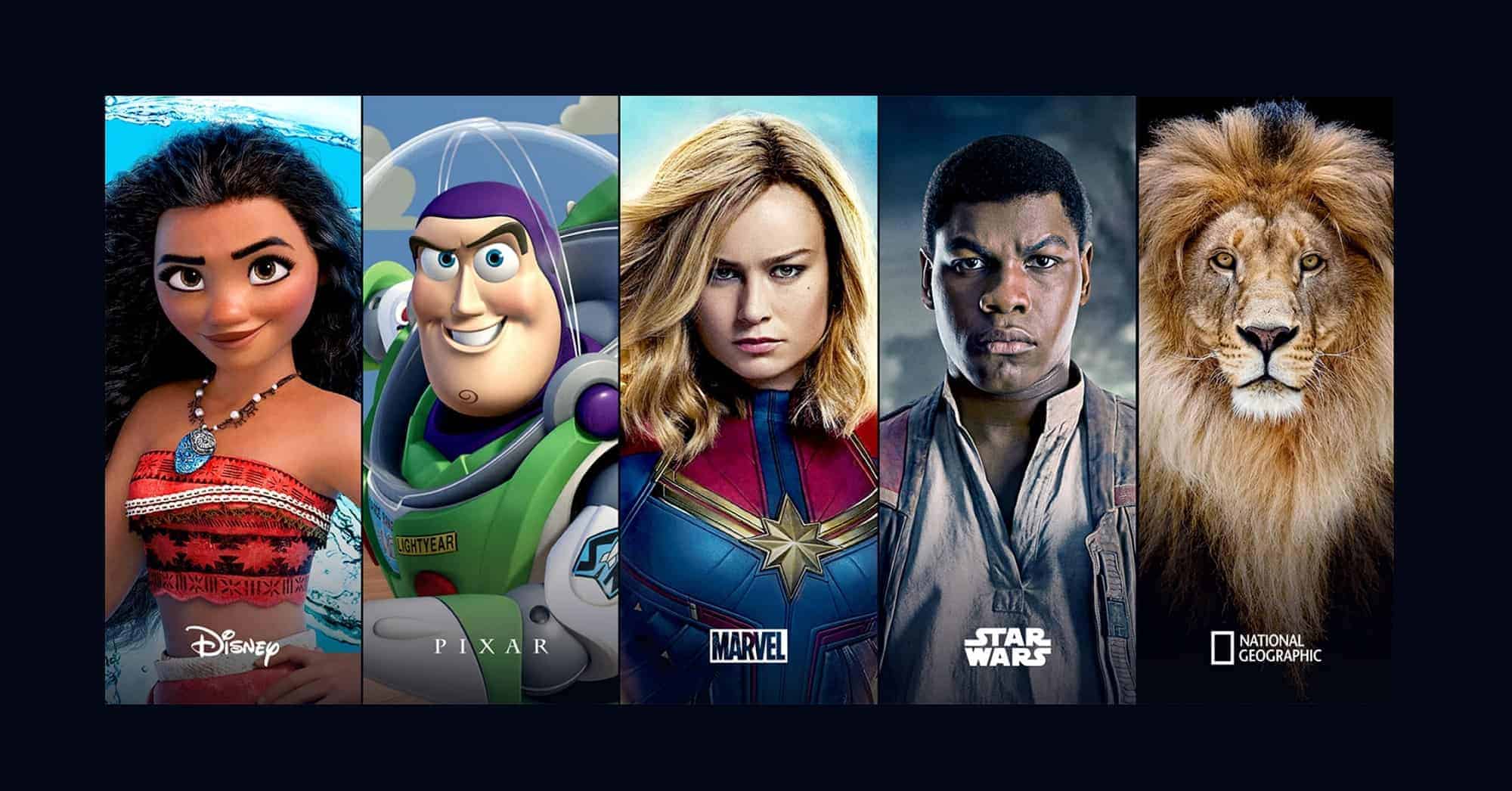 The acquisition of 20th Century Fox (Now just called 20th Century), brought more than just Marvel movies over to Disney+. It also brought over some other popular Fox films like Miracle on 34th Street, The Sound of Music, Willow, Home Alone, Doctor Dolittle (1998), The Simpsons Movie, Avatar, Diary of a Wimpy Kid, Never Been Kissed, The Sandlot, Ice Age: Collision Course, and The Peanuts Movie.

The entire Disney vault is available on Disney+ too, as well as some of its more modern hits. Including the Pirates of the Caribbean films, Alice in Wonderland, TRON: Legacy, Race To Witch Mountain, The BFG, and Pete’s Dragon (2016) have been placed alongside classics like Mary Poppins, Treasure Island, The Absent-Minded Professor, Old Yeller, The Parent Trap, The Incredible Journey, That Darn Cat!, The Love Bug, and Bedknobs and Broomsticks.

What TV shows are available?

The 21st Century Fox acquisition also helped add another popular show to Disney+. And that is The Simpsons. All 32 seasons of The Simpsons are available on Disney+ to watch. Giving you plenty of shows to watch and binge-watch. Disney+ even adapted the show from the native 4:3 aspect ratio it was initially shot in for the classic episodes, bringing it to 16:9. So you won’t see huge black bars on either side when watching the show.

Disney’s library of TV shows isn’t as vast as its movie library. And that’s because it didn’t get into doing TV shows until the ’80s and ’90s when it launched The Disney Channel and later bought ABC Television (which included ESPN). Some of the favorites from the ’80s and ’90s are available though. Including DuckTales (1987), Chip ‘n’ Dale: Rescue Rangers, Darkwing Duck, Goof Troop, The Little Mermaid, Bonkers, and Quack Pack. As well as Adventures of the Gummi Bears and The New Adventures of Winnie the Pooh.

There are other animated TV shows available on Disney+ too like Recess, Lilo & Stitch: The Series, TRON: Uprising, Gravity Falls, Phineas and Ferb, Big Hero 6: The Series, Kim Possible, DuckTales (2017), and Tangled: The Series. Along with live-action shows like Hannah Montana, Even Stevens, Lizzie McGuire, That’s So Raven, The Suite Life of Zack & Cody, Wizards Of Waverly Place, and Girl Meets World.

The service launched with some originals, though the biggest one came from the Stars Wars arm of Disney. And that was The Mandalorian. It introduced Baby Yoda which quickly became an internet sensation. But that is not the only original show or movie coming to or available on Disney+.

Marvel and Star Wars announced a ton of original series for Disney+. Star Wars also has the seventh season of Star Wars: The Clone Wars on Disney+. And Diego Luna’s Cassian Andor and Ewan McGregor’s Obi-Wan Kenobi are also in the works, as live-action Star Wars series.

Marvel had some big plans for Disney+, but the pandemic delayed filming of some of its originals. Which have been pushed back to 2021. These included The Falcon and the Winter Soldier, WandaVision and Loki. There are also plans for live-action shows featuring Ms. Marvel, She-Hulk, Hawkeye, and Moon Knight.

Under the Disney umbrella, there are some other original shows coming. Like Muppets Now recently bringing back Jim Henson’s iconic creations in a new comedy sketch show. There’s also High School Musical: The Series, The World According to Jeff Goldblum, Encore!, Fairy Tale Weddings, Marvel’s Hero Project, Be Our Chef, Prop Culture, and Rogue Trip. 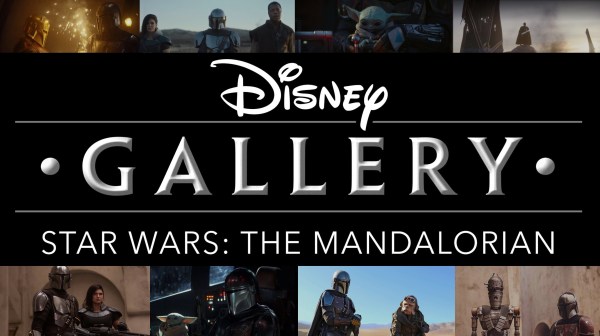 Star is a new umbrella of content that Disney+ added to its library in a number of countries in Europe as well as Canada and Australia. It’s essentially Hulu, for countries that don’t have Hulu (which is everywhere except the US).

With the addition of Star in other countries, Disney+ did raise its price. So that it does cost a little bit more, but still cheaper than paying for Disney+ and Hulu, however. So it’s a pretty good deal.

Is Disney+ available in 4K HDR?

Disney+ does have a category showing which titles are available in 4K HDR. Now since most of these were not filmed in 4K HDR, they are upscaled. So it’s not quite the same as true 4K HDR for these titles. But it’s better than watching it in 720p or even 480p on a big 4K HDR TV.

Which titles are available in 4K HDR?

How fast does my Internet need to be for streaming Disney+?

The recommendations provided by Disney+, is that you need at least 5Mbps for streaming high-definition TV shows and movies. For 4K UHD, you’ll need at least 25Mbps. Of course, the more speed you have, the better. Especially if there are other people on your network.

You can test out your Internet speed here. And see if it is fast enough.

You can sign up for Disney+ by clicking here. And it’s a pretty simple process. You’ll just create an account, add your credit card information, and you’re all set.