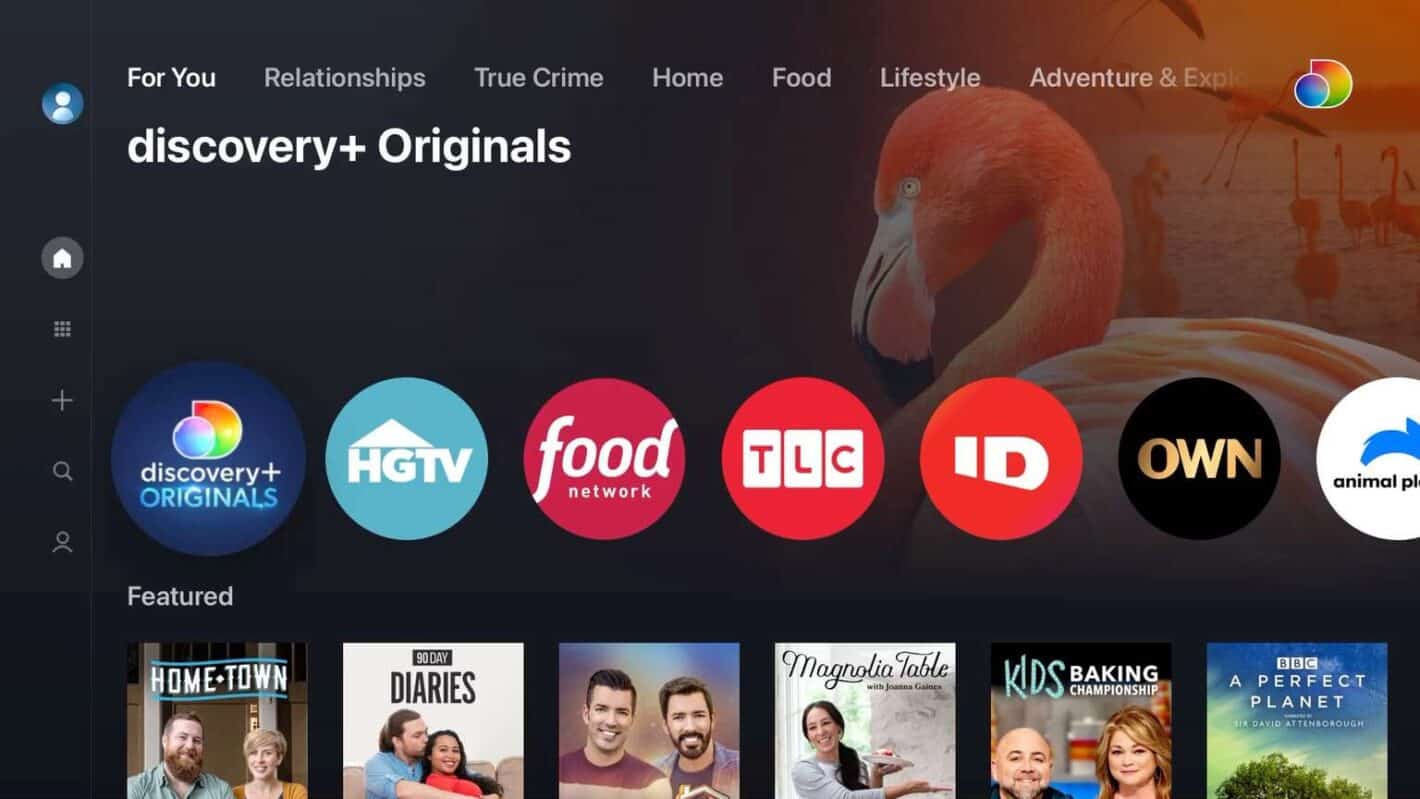 discovery+ is the latest streaming service to the hit the Internet, and as you’d expect by the name, it brings along with it a ton of Discovery shows and networks. discovery+ essentially includes all of the content from its parent company, Discovery, in a single streaming service, and at a pretty low price.

It’ll offer over 55,000 episodes across 2,500+ shows. And that doesn’t include the long list of exclusives that it’ll be adding in the very near future. The exclusives will include content from personalities like the Irwins, Jonathan and Drew Scott, Chip and Joanna Gaines, Bobby Flay, Ree Drummond, Guy Fieri, Giada De Laurentiis, Lieutenant Joe Kenda and so many more – all in one place.

So we’re here to break it all down for you. To see if discovery+ is a streaming service that is worth subscribing to.

How much does discovery+ cost?

This makes discovery+ one of the cheapest streaming services around, but that may not last long. Given the long list of exclusive shows that it plans to add in the future. And we’ve seen plenty of price increases from other streaming services.

Is there a free trial?

discovery+ does offer a free seven day trial for its streaming service. You can opt for either the ad-free or ad-supported version for your trial. Once the seven days are up, you’ll start paying your monthly fee.

Keep in mind that if you decide not to keep discovery+, to cancel it before that seven days is up. Otherwise, you’ll be charged for your first month.

Does Verizon give me discovery+ for free?

If you are a FiOS or 5G Home customer, you can also get 12 months free.

For more information on how to get discovery+ free from Verizon, click here.

With discovery+, you’ll be able to share your account with up to five people. However, you can only have four concurrent streams.

So you’ll be able to share with your family. And if you get the ad-supported one, and share it with five people, that’s only a buck per person, per month. Which makes this service really impressive.

What exactly are discovery+ channels?

It’s not what you think. You won’t be able to watch TLC live on your discovery+ streaming service.

discovery+ channels are similar to what Pluto TV and Tubi TV offer on their services. Basically, they are non-stop streams of your favorite shows, and they are available 24 hours a day, and seven days a week. So you can tune to your favorite shows’ channel and watch it whenever you want. Instead of just watching it on demand. If it’s a show that you don’t care to watch in order, then this is a really cool feature to have.

discovery+ channels will be available on January 29, 2021. About three and a half weeks after the service’s launch.

Some content is going to be available in 4K resolution. However, that will mostly pertain to Nature and Animal shows. So don’t expect to see 90 Day Fiancee available in 4K.

Additionally, this will only be available on Amazon Fire TV and Apple TV at launch. But Discovery plans to bring that to more devices in the coming months.

There were no plans announced to film all of its exclusives in 4K, however. So the majority of the content available on discovery+ will likely stay in 720p or 1080p.

What networks are available on discovery+?

discovery+ is going to provide you with all of your favorite Discovery networks. This includes HGTV, Food Network, TLC, ID, OWN, Travel Channel, Discovery Channel and Animal Planet, to name a few.

There will be over 55,000 episodes from more than 2,500 shows across these channels. And new episodes will be added as they air.

Is CNN coming to discovery+?

Yes. Following the closure of CNN+ back in the Spring of 2022, and after the merger between Discovery and WarnerMedia, forming Warner Bros. Discovery, CNN Originals are coming to Discovery+.

The company announced that on August 19, CNN original series are going to be available on discovery+ as part of a new hub. Some of those titles include: “Stanley Tucci: Searching for Italy,” ”Anthony Bourdain: Parts Unknown,” ”United Shades of America with W. Kamau Bell,” and ”This is Life with Lisa Ling”. While some HLN original series will also make their way to discovery+, those include “How It Really Happened,” ”Death Row Stories,” ”The Hunt with John Walsh” and ”Very Scary People.”

Interestingly, there won’t be any live news on the CNN hub, but that could be coming later on. Especially as things heat up with the midterms happening in November.

What exclusives are coming to discovery+?

discovery+ surprisingly, has a long list of exclusives that will be coming in 2021. In fact, Discovery claims that it will add over 1,000 hours of exclusive content to discovery+ in 2021. Which is pretty incredible. It’ll mostly consist of verticals and spin-offs from the company’s already mega-popular shows. Like plenty of spin-offs in the “90 day universe” as Discovery calls it.

Below is a list of everything that discovery+ will be adding:

What are the top shows on discovery+?

Here are some of the more popular shows that we will see on discovery+. And you will be able to stream all of its episodes, at anytime.

What platforms are supported?

discovery+ is available on most of the popular streaming platforms. This includes the following: 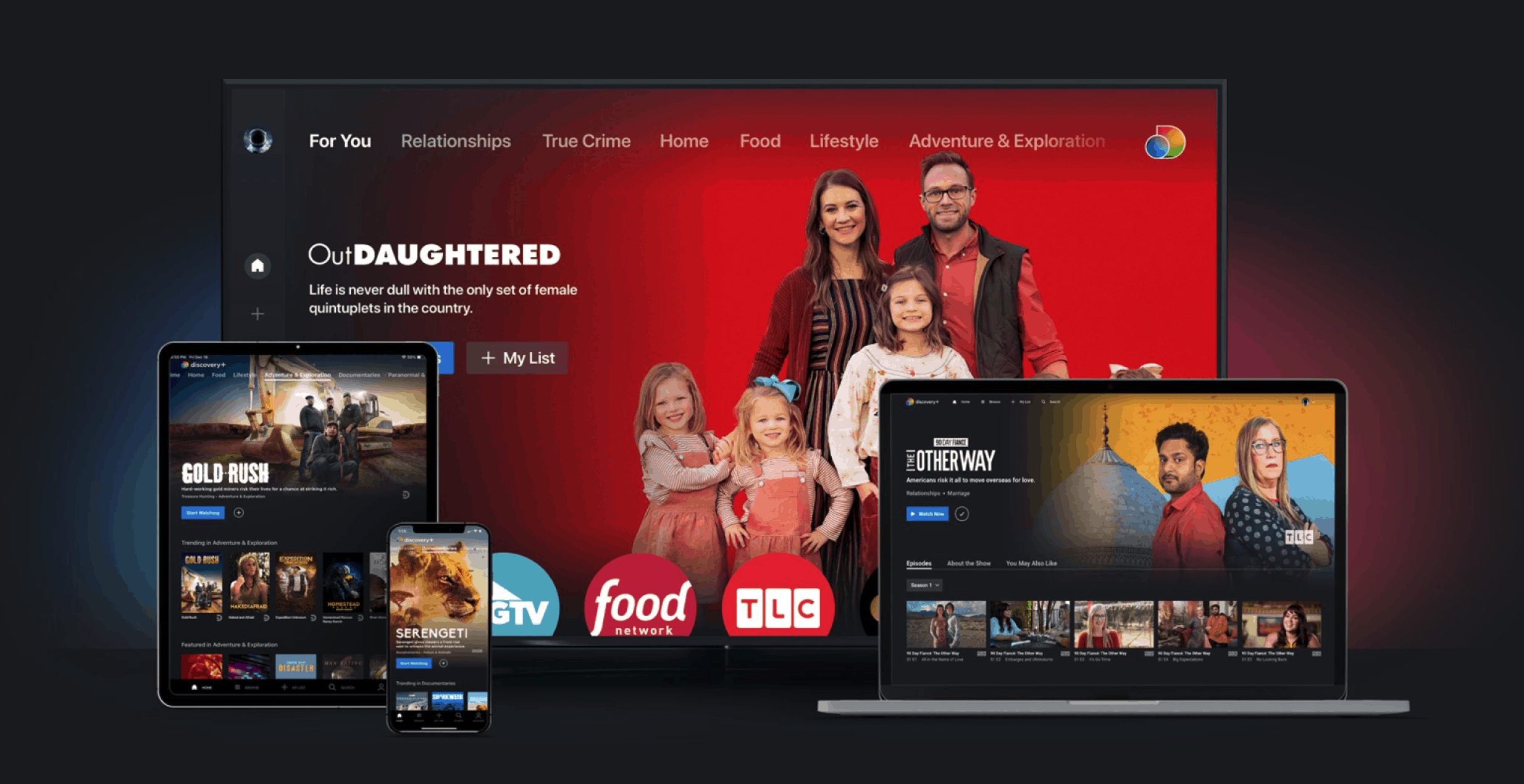 Notably absent here is both the PlayStation 4 and PlayStation 5. It’s unclear if that will be coming in the future or not. But where discovery+ is available on Xbox consoles, it is likely coming soon.

Which countries is it available in?

Currently, discovery+ is available in the United Kingdom, Ireland, India and the US.

Internationally, the service will be available in the Nordics, Italy, Netherlands, and Spain. It will launch in Latin America and Brazil, as well as parts of Asia later this year. Though it’s currently unclear when it will hit those other countries.

discovery+ is entering a very crowded streaming market right now. Which was tough for even HBO MAX and Peacock to enter. Which, HBO MAX was already something a lot of people were subscribing too. They just get even more content for the same price now. And Peacock is free for Comcast subscribers, or $5/month for everyone else. And both still had trouble gaining steam.

However, the difference for discovery+ is that it will be bringing a bunch of everyone’s popular shows to this streaming service. And it is only $4.99 per month (or $6.99 if you don’t want ads). Which makes it very enticing. Not to mention the number of exclusive shows it plans to launch in 2021 alone. Only time will tell us if it is worth it.

If you watch a lot of shows on TLC, HGTV, OWN, and other networks on Discovery, then this streaming service is going to be worth checking out.