Despite losing the regional sports networks (in my case, Bally Sports Detroit), and almost losing NBCUniversal and Disney networks, I’ve stuck with YouTube TV. Why? Really only for one reason. Unlimited DVR. I know, it doesn’t sound like something that would be that useful, but it really is.

When YouTube TV launched in February of 2017, it was the only streaming Live TV provider that offered unlimited DVR. Competitors either didn’t offer DVR, or it was capped at something like 20, 100 or 500 hours. Which, in some cases, is not even a full season of a single show. Meanwhile, YouTube TV offered truly unlimited space. The only caveat was that it would only remain on your account for nine months. However, every time the particular show or movie aired on a channel, it would be recorded again, so you never really lost out on your content.

Throughout the price increases, losing channels, and disputes with Disney, NBCUniversal and Roku, I’ve stuck with YouTube TV. Because there was just nothing else that compared. That is until now. In the past couple of months, Hulu + Live TV and DIRECTV STREAM have launched unlimited cloud DVR, and they both offer the same 9 months. Though both are more expensive.

So that has me thinking, is it time to jump ship to one of these providers? And what can YouTube TV do to keep its customers on its platform. As it’s primary competitive feature is now gone, essentially. 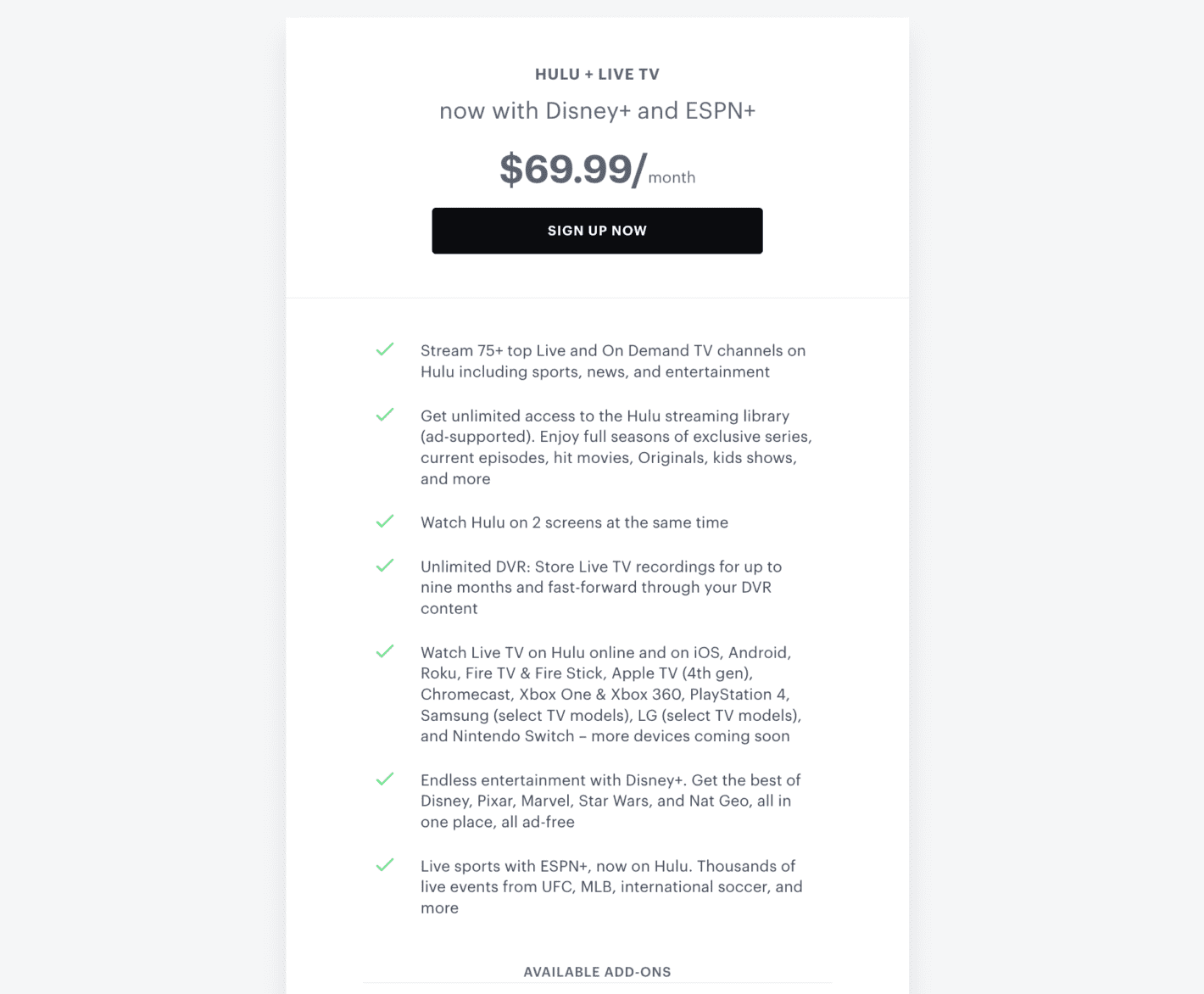 The argument for Hulu + Live TV

Hulu + Live TV is a very strong competitor. It’s coming in at $69.99 per month, a mere $5 more than YouTube TV. But the big advantage that Hulu has over YouTube TV is, the Disney bundle. For $69.99, you’re getting Hulu, Disney+ and ESPN+ included. Services I already subscribe to (though, I do get them for free from Verizon). In addition to Live TV, Hulu also has its own library of content. Which is far superior to YouTube TV.

As far as channels go, they are mostly the same, though Hulu + Live TV does have a few more that YouTube TV does not. And that includes the A&E channels. That includes channels like A&E, History Channel and Vice TV to name a few. Not particularly popular channels, but still that’s more content.

So Hulu + Live TV puts up a good fight against YouTube TV. And it’s hard to argue that Hulu + Live TV isn’t a better option than YouTube TV is right now. Particularly because of the Disney+ bundle being included.

The argument for DIRECTV STREAM

For a lot of people, that’s a lot of money to spend for just one other channel, compared to YouTube TV and Hulu + Live TV, but it might be worth it.

Other than that, the features are basically all the same as both YouTube TV and Hulu + Live TV. Though it does have more channels too. With up to 140 channels on the Premier package (which costs a pretty penny). But the majority of the popular networks are available for as low as $79.99 per month. That’s still $15 more than YouTube TV and $10 more then Hulu + Live TV. But for some, it may be worth it.

How YouTube TV can keep it’s customers from switching

Now the big question, what can YouTube TV do to keep users from switching over to one of these competitors? Well, don’t raise prices for one. Currently, it’s the cheapest option out there (besides Sling TV). Which is honestly a bit surprising. But it is true.

YouTube TV currently has a pretty good lineup at $65 per month, when compared to the competition. Of course, it was better when YouTube TV was only $35/month. But it does have most of the big name channels.

The next thing YouTube TV could do is add more 4K content and make it part of the base package. Currently, 4K is not included at $65/month, in fact it is another $20 more per month. Though that is not just for 4K content. As YouTube TV has also included downloads and unlimited simultaneous screens for that price. This is great if you are sharing your account with others.

There’s other things that YouTube TV could also do to add more value and keep customers from jumping ship. But the biggest thing is Bally Sports. However, that won’t happen. So the real question is, does Hulu + Live TV or DIRECTV STREAM offer enough to jump and pay more per month?