There are lots of ways for you to make money in Cyberpunk 2077. And the more you play you'll want and need plenty of it. For instance, you could just play through the game and do every quest and gig and job imaginable. You'll surely get paid for your efforts.

But this isn't about making money the most straightforward way. No, this is about how to make money in Cyberpunk 2077 extremely fast and what I would consider the best way.

We also have another guide on how to get rich quickly in the game, but I actually think this method is better than that one. However you can still check it out as the prior method is still viable and it requires less moving around. In fact you can do that prior method almost immediately after beginning the game. That is unless you plan to get a refund on it.

With that said, let's dive in. Night City waits for no one.

The best & quickest way to make money in Cyberpunk 2077

Right off the bat I want to start by saying that this method will require you to play the game for a little while. Because there are some things you need to have unlocked first. So with that in mind, know that once you get those things done, this is a lightning quick way to make some eddies. And after doing so you'll be making more money than any of those corpo dogs in Night City.

Unless of course you yourself are a corpo dog. In which case you'll be the highest paid one!

Under the technical ability tree there are two tabs. One is for engineering. But the main tab is for crafting, and this has two perks you want to focus on for this money making method. One is called grease monkey and allows you to craft epic items. That's important because you will need to craft epic items in order for this to work.

The other is a perk called mechanic. Which allows you to get more crafting components from items when you break them down. Play however much of the game you need to play until you have these two perks unlocked.

Once you do you're ready to move on.

Go to Santo Domingo and find an epic crafting recipe

Next, you're going to want to get to Santo Domingo and look for a very specific epic crafting recipe. First, you need to fast travel to the Rancho Coronado fast travel point. Then, travel to the street where you see the waypoint in the second screenshot above. You're looking for a green house with yellow trim. The recipe will be in a cache in the drive way of the house next to the green one with yellow trim. Sitting right beside the front tire of a beat up car.

The recipe in question is called the Char Incendiary Grenade. And the reason you want this is because you'll be using the grenades to fuel your cash flow. Find this recipe and if you have the epic crafting unlocked, you'll be able to start making as many of these as your crafting components allow.

When you disassemble the grenades, you'll get epic crafting components. These sell for $25 eddies a pop. Which is more than it costs to buy a single common or uncommon crafting component. However, you won't be buying any components at all.

Instead, what you want to do is utilize part of the previous method we linked to above for making lots of money in this game. Which requires you to find a drink machine that sells Nicola and buy up all the Nicola Blue (most drink cans actually work for this). Get as many of these cans as you can, break those down for the components, then use the components to make the grenades.

Sell the epic components at a vendor drop box 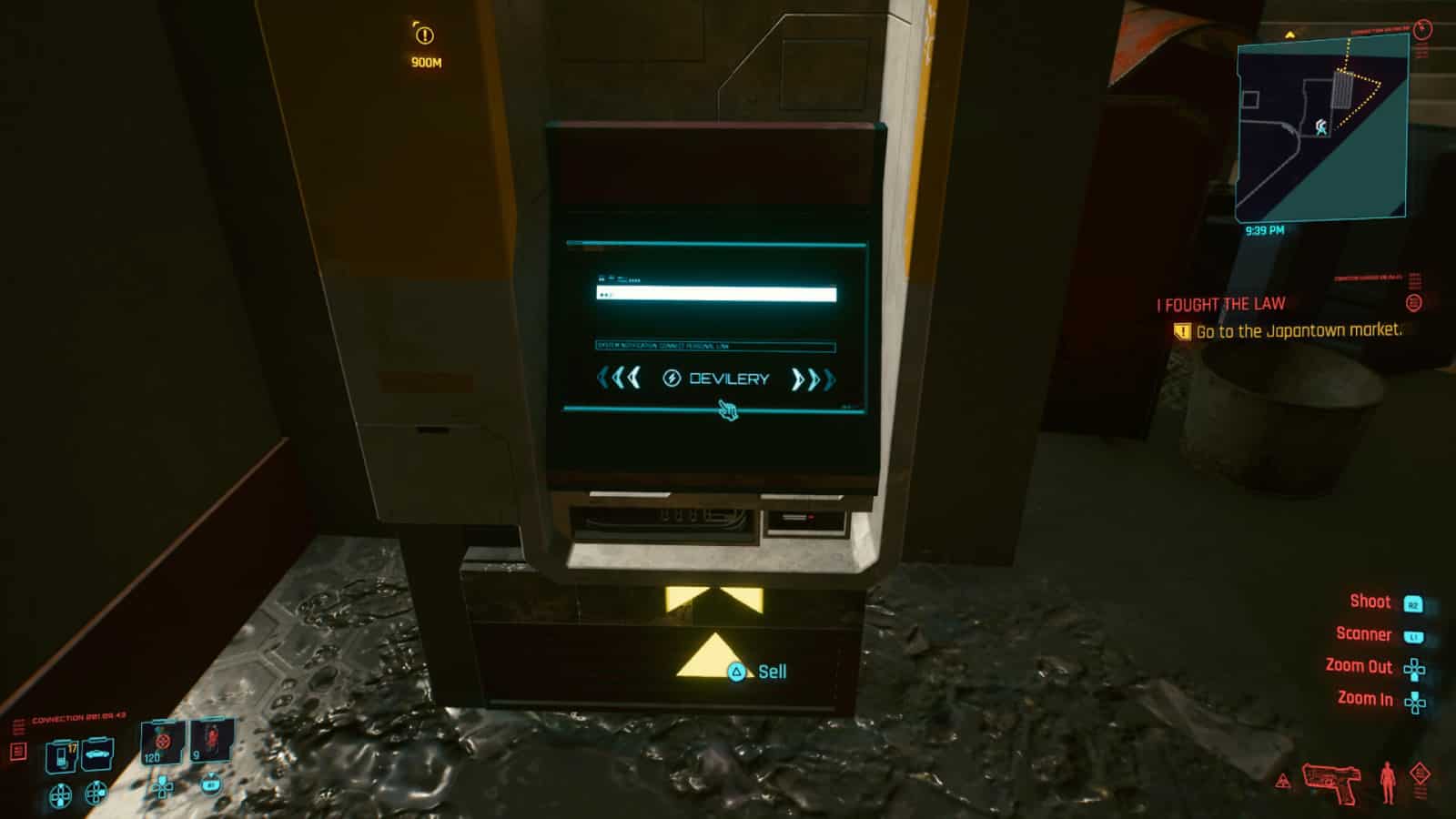 From here it's basically the same as the last method. Sell all of your epic crafting components at the vendor. And at $25 eddies per single component, the money really racks up. The ticket is to spend a good amount of time grinding out grenades.

So make as many grenades as you can before starting to disassemble them. Then once you have a fairly sizeable amount (I usually make around 500 or so), disassemble them and sell the components off in batches. It takes 800 components to make $20,000 eddies. Which is all the vendor box will have on it at any given time.

So once you deplete the vendor box, open your menu and skip time ahead 24 hours. This will refresh the money in it and you can sell more components.

This whole process can be a bit tedious because it does have a grind. But you'd be surprised at how many grenades you could make in the time it takes to watch one episode of an hour-long TV show. I simply pulled up Game Of Thrones on a separate screen and watched it while I sat there tapping the craft button.

That's really all there is to it. If you don't mind the grinding, this is definitely way quicker than making money from jobs. And I've found that you can never have too much money in this game.