Skip to content
Advertisement
Trusted By Millions
Independent, Expert Android News You Can Trust, Since 2010
Publishing More Android Than Anyone Else
41
Today
124
This Week
41
This Month
949
This Year
127056
All Time
Advertisement 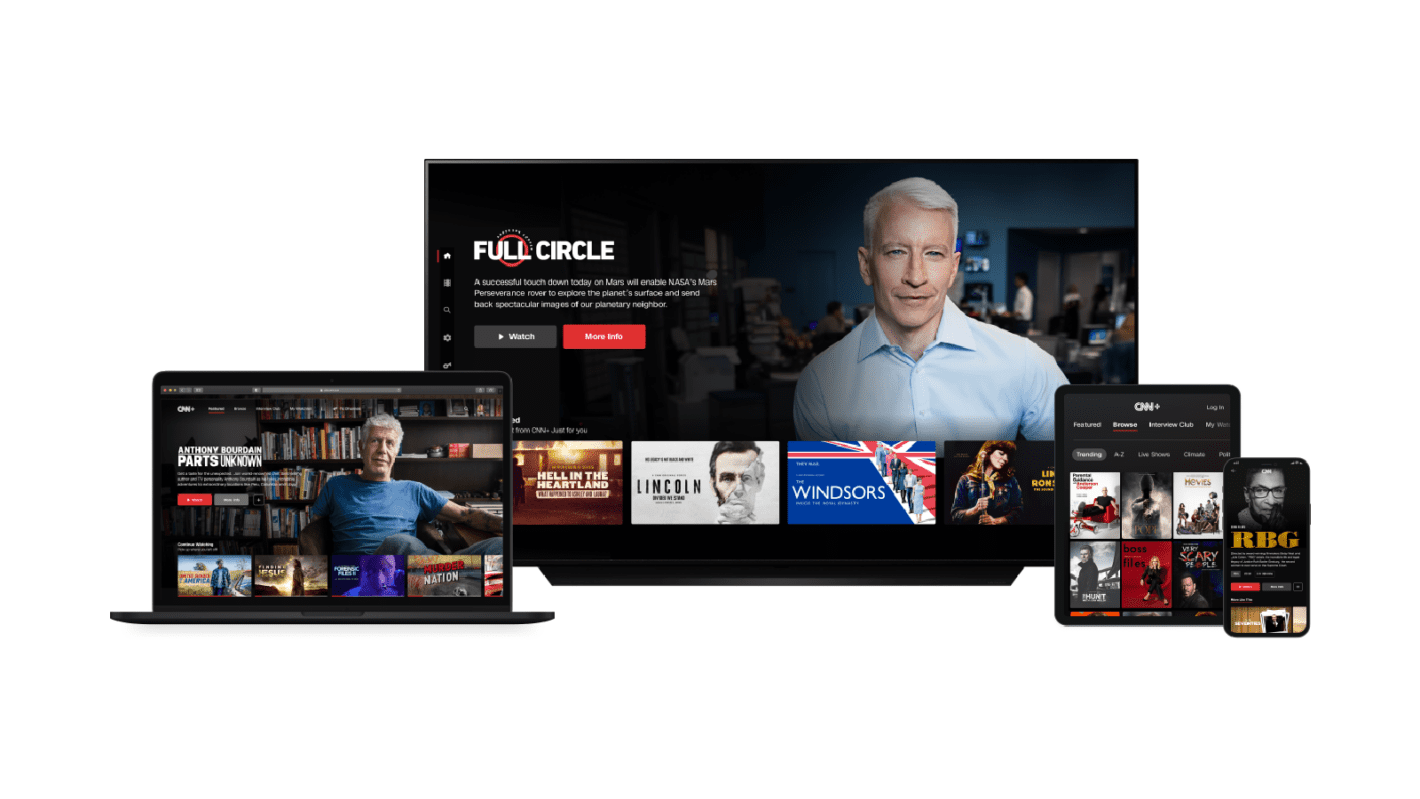 CNN Plus is yet another streaming service that is launching in 2022. It’s not a full-fledged streaming service like Disney Plus or Hulu, but instead a compliment to the existing CNN channel that you get with your cable or streaming live TV subscription. It’s a lot like what ESPN Plus is to ESPN.

The service is not yet available, but will be launching on March 29, 2022. So here is everything that we know about CNN Plus right now.

What is CNN Plus?

CNN says that this service will serve as a way for people to get the news who don’t already have a cable or satellite TV service, and also does not have a streaming Live TV service. Basically, WarnerMedia is looking to capture the cord-cutters with CNN Plus, who still want to keep up on the news.

WarnerMedia has said that CNN Plus will offer between eight and 12 hours of live programming every single day. There will also be on-demand news specials, including some that are going to be exclusive to CNN Plus. 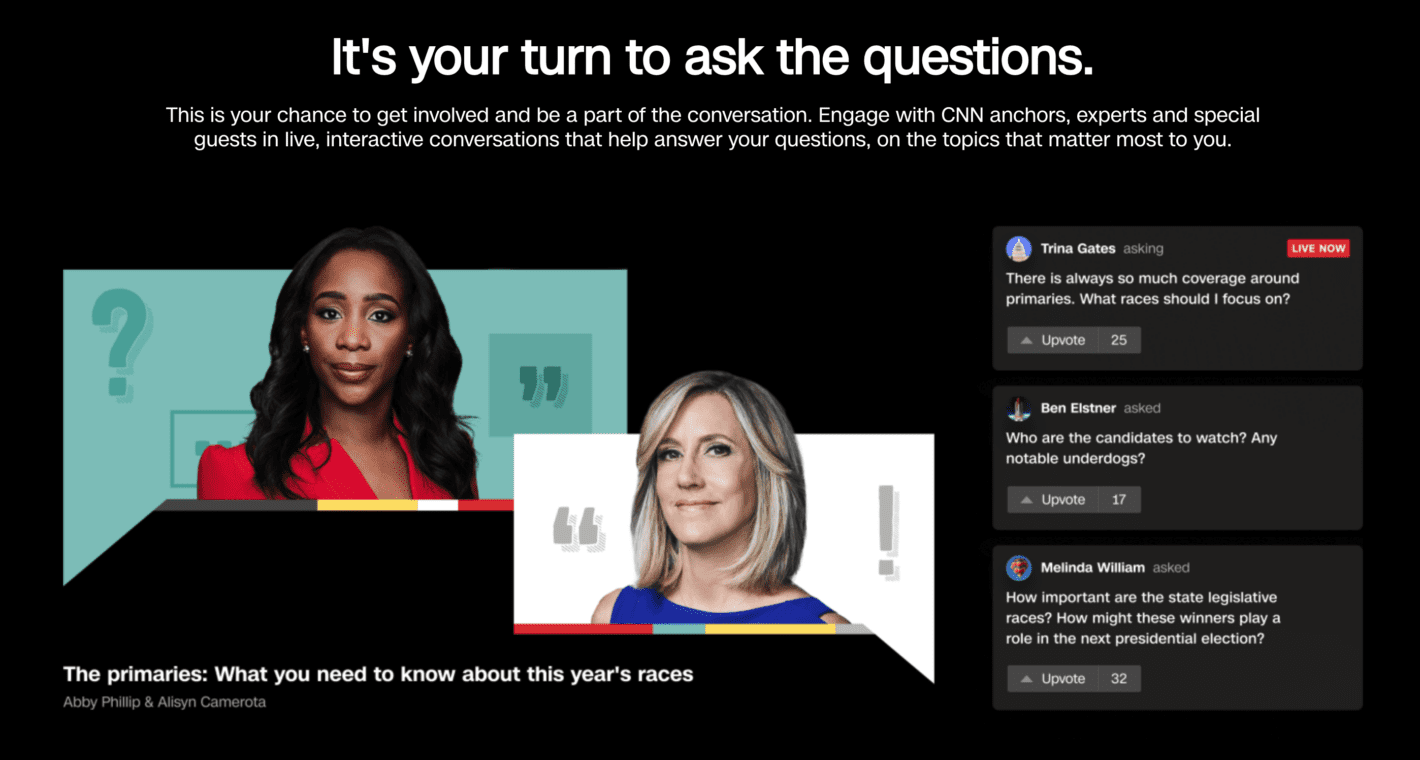 There has been some talk about some interactive elements to the service, like allowing those that watch content on CNN Plus to interact directly with its news anchors and commentators. Though this has not been revealed just yet.

When does it launch?

CNN announced in early March, that the new service is going to start streaming on March 29, 2022. Prior to this, WarnerMedia kept referencing a “Spring 2022” date. This is in the early part of Spring which is likely surprising to a number of people.

How much will CNN Plus cost?

CNN Plus will be available for $5.99 per month, or you can get an annual plan for $59.99/year (basically giving you two months free). That makes it one of the cheaper streaming services out there. CNN is likely hoping that due to the low price, many will sign up and keep the subscription, since it is so cheap compared to Netflix, Hulu and others.

For a limited time, if you sign up for CNN Plus ahead of the March 29, 2022 launch date, you can get it for $2.99 per month for as long as you keep your subscription. At that price, it is a lot more attractive.

Will there be ads?

WarnerMedia has confirmed that there will be no ads or commercial within CNN Plus. What that means is that you won’t see ads for retirement homes and such on CNN Plus, like you do on regular CNN. But you will see “ads” for other content on CNN and CNN Plus. So there will be some breaks in the live video on demand, but to promote its own content. Peacock does this already on its ad-free plan.

There could be a time in the future where CNN Plus does ad some ads and commercials to the service though, for a cheaper price. Offering an ad-free and ad-supported tier like Peacock, HBO MAX and Hulu.

Can I bundle it with HBO MAX?

Currently, WarnerMedia has no plans to bundle CNN Plus with HBO MAX (or Discovery Plus once that merger goes through). But that could change in the future, and likely will. Given how popular the Disney Plus bundle has been for Disney since it launched. But at this time, that is not the plan.

Where will I be able to stream CNN Plus?

At launch, CNN Plus will only be available in the US. This could change in the future, as CNN is an international news channel. But for now, WarnerMedia has said it will be US only.

For those that already use the CNN app for things like CNNgo, that will sunset. All of the different streaming services that CNN has worldwide will live within the CNN app starting on March 29.

“At the launch of CNN+, the CNNgo brand will sunset for users on desktop, mobile and several streaming platforms and devices, and the functionality of accessing CNN TV content will be fully integrated within CNN’s app. CNN will have a single app where CNN+ subscribers can access CNN+ programming and pay TV subscribers can get the TV Everywhere experience they have enjoyed for many years. The app will include CNN’s linear TV feeds of CNN, CNN International, HLN and CNN en Español channels, which will be available exclusively for pay TV subscribers. Pay TV subscribers will also have the opportunity to subscribe to CNN+ to access the full CNN+ programming all in one place. CNNgo will remain on some select streaming platforms.”

What platforms will it be available on

As mentioned in the last section, CNN Plus is going to be available within the CNN app, so it will work everywhere that the CNN app already works. Which is virtually everywhere. But here’s the full list as of right now:

At launch, surprisingly CNN Plus is not available on Android TV or Roku. But we wouldn’t be surprised to see those two platforms added in a few weeks or even sooner. Especially considering how large of a platform Roku is right now. 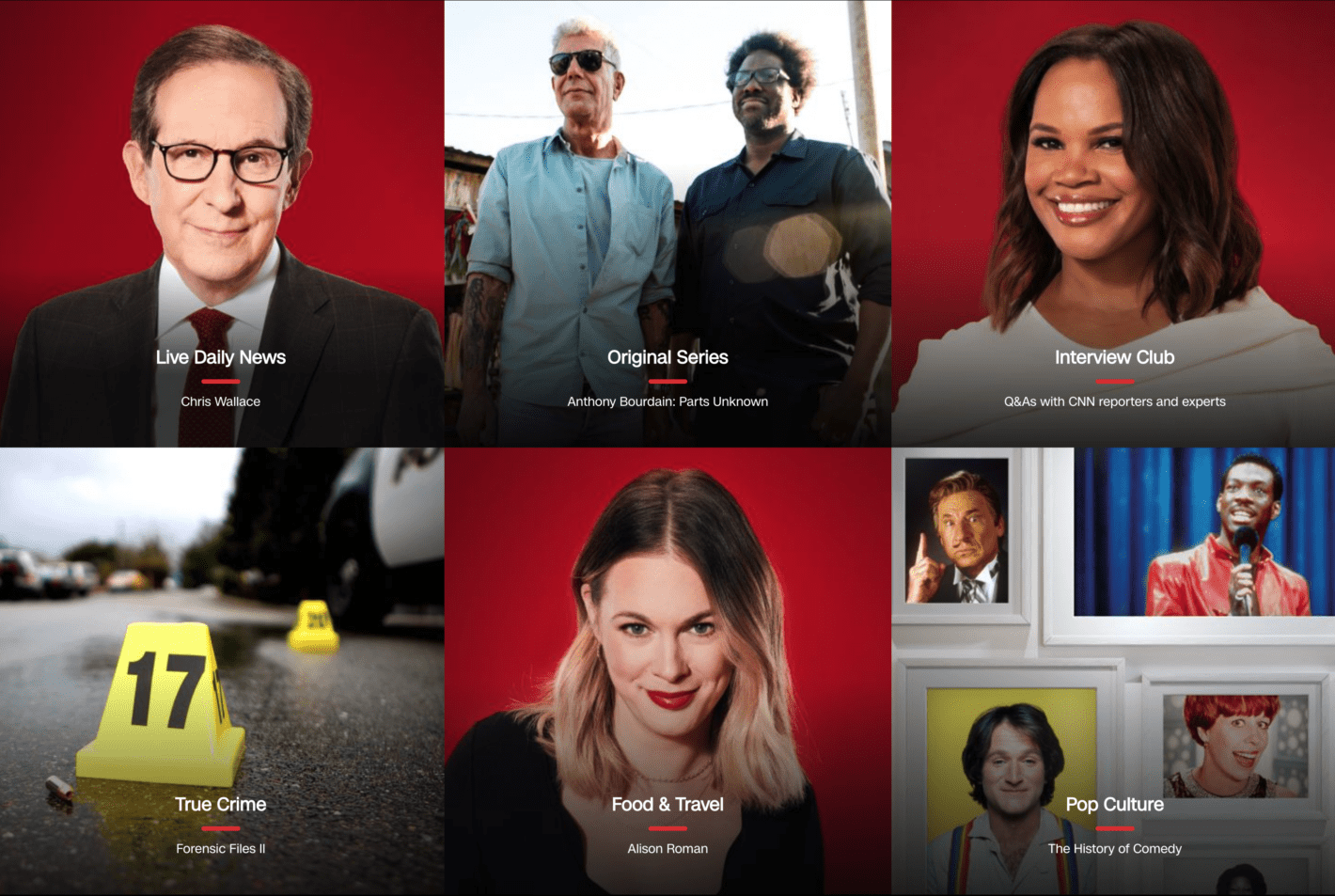 What can I watch on CNN Plus?

Since announcing CNN Plus last year, the company has gone on a hiring spree. It has already hired over 450 people for the service. And that hiring spree is likely to continue. WarnerMedia has announced some exclusive shows for CNN Plus already, these include:

In addition to that, over 1,000 hours of CNN library programming will be available. This includes all 12 seasons of Anthony Bourdain: Parts Unknown, all seven seasons of This is Life with Lisa Ling and many more titles. You will also have access to over 40 years of CNN’s news archive, allowing you to watch coverage of major world and national events, along with episodes of the classic talk show Larry King Live.

It will also feature some docuseries that are exclusive to the service, including:

And that’s really just the tip of the iceberg for what will be available on CNN Plus.