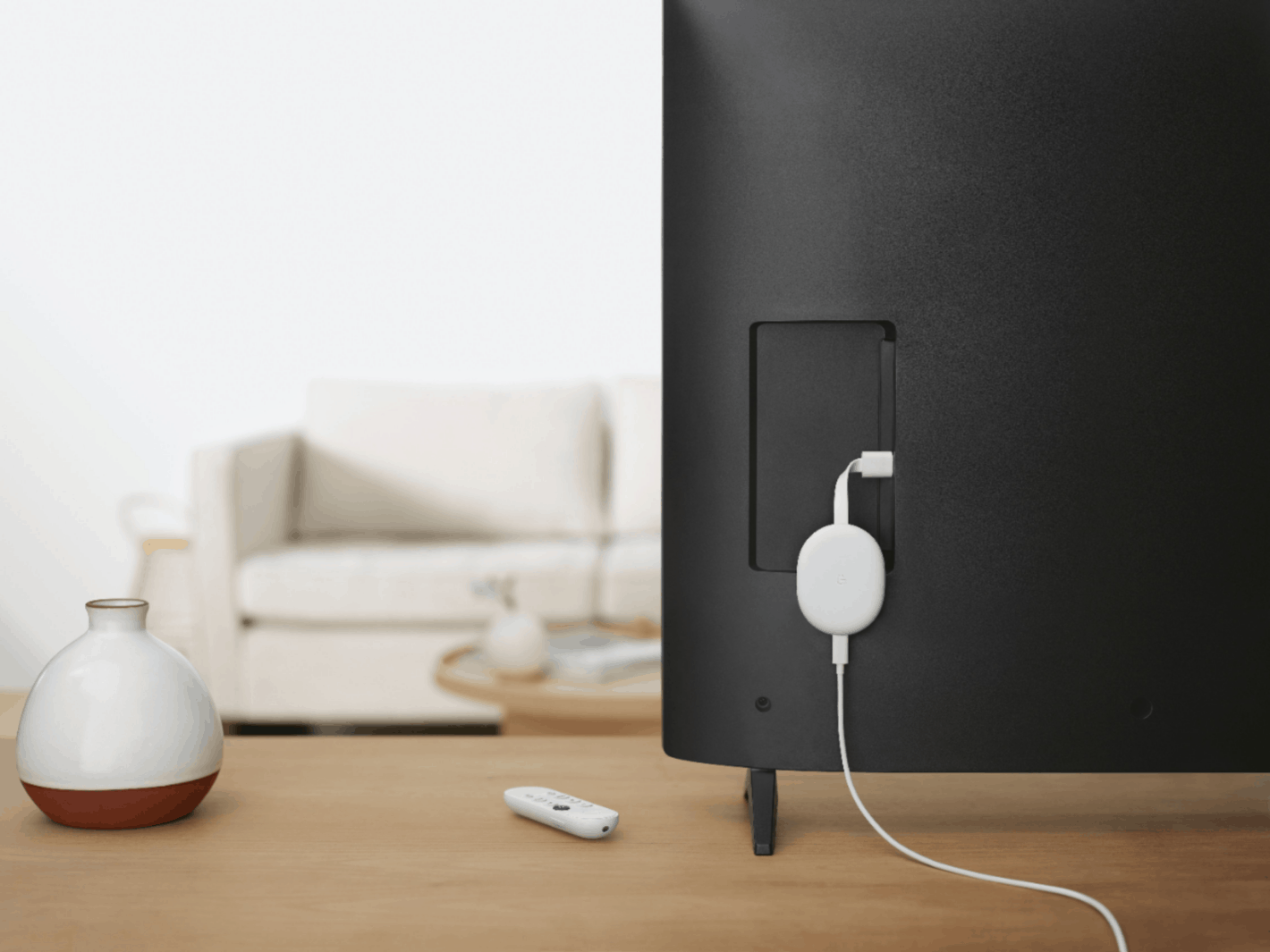 After many retailers put the Chromecast with Google TV up for sale ahead of today’s announcement, it wasn’t a big surprise that it was available to buy immediately following today’s event.

Chromecast with Google TV is the latest casting device from Google, and it’s much different than it’s predecessors. While it might look the same or similar, as a dongle. It does have a lot of changes.

For one, it now comes with a remote. So instead of needing to use your phone as a remote, there is a physical remote for the Chromecast. Which also has dedicated buttons for the Google Assistant, Netflix and YouTube.

It also comes with an actual UI, a first for a Chromecast. It comes with Google TV, which is basically the rebrand for Android TV. Which does away with the apps, and brings your content front and center. So you can see action shows from the different apps you have installed on your Chromecast, and so forth. It’s a lot more user-friendly than Android TV was (is).

Where can I buy Chromecast with Google TV?

You can buy the Chromecast with Google TV today from Walmart, Best Buy and the Google Store.

Other retailers are likely going to be offering the Chromecast with Google TV, like The Home Depot who was already selling it. But as for now, it’s just these three retailers.

Chromecast with Google TV is likely going to be a big seller for Google. Since it now has a remote, and works with Google TV. It’s a much better option than the Xiaomi Mi Box S which is the same price. And it’ll likely run a lot smoother. Not to mention it’s way cheaper than the NVIDIA SHIELD TV, which runs at $149 for the regular and $199 for the pro model.

Chromecast itself was one of Google’s most popular products of all time. So it’s no surprise that Google is keeping on that train with this new product. And at $50, it’s going to be a popular gift this year, especially if it gets discounted to $40 for Black Friday – as it likely will.