If you like online multiplayer titles on mobile, you’re going to want to watch out for Catalyst Black. An all-new mobile game coming from Super Evil Megacorp, the developers of popular mobile MOBA Vainglory.

Though there are a few similarities between Catalyst Black and Vainglory, overall, the two games couldn’t be more different. And there’s actually a lot to know about the upcoming title. So much so that we wanted to put out a guide that breaks down all the important details. That way you can be prepared for when it launches.

From release dates to gameplay, this guide aims to capture everything you could possibly want to know about the game. So, let’s take a deeper dive into Catalyst Black and check out what it has to offer gamers who enjoy online multiplayer gameplay.

What is Catalyst Black?

Catalyst Black is an online multiplayer battleground shooter. In a way, it looks like it could be a MOBA title but in reality it’s much different. While it shares the same camera angle, this is a shooter. It just might not be what you’re use to. Especially since multiplayer shooters are generally popularized by first-person and third-person titles like Call Of Duty and Fortnite.

In Catalyst Black, you’ll get to dive into various game modes to defeat the enemy team using your arsenal of guns, abilities and trinkets. As well as a special power that allows you to turn into a powerful being known as a Primal.

The overall goal will change based on the game mode. And luckily there are enough of them to keep things interesting.

How many modes does the game have?

At launch Catalyst Black will feature three different game modes. This includes Slayer, Hydra, and Eventide. Each has its own unique set of goals that players will need to accomplish to achieve victory in the match. Below is a brief breakdown of what each mode is all about.

There are likely to be other modes introduced over time. For now though Super Evil Megacorp hasn’t announced any additional modes.

How will players differentiate their playstyle?

Unlike with Vainglory, League Of Legends: Wild Rift, Arena of Valor and other battleground-style games, Catalyst Black doesn’t give you a roster of unique heroes or champions. Instead you get an arsenal of guns, trinkets and abilities that you can equip. You can also choose from a number of different Primals that, once unlocked through gameplay, will allow you to do massive damage to the enemy team.

This is how you will be able to set yourself apart from other characters. It’s all set up in your loadout.

How do Primals work?

Primals are super powerful beings that you can transform into during matches in Catalyst Black. There are a variety of Primals to choose from and each one has its own different set of attacks. All Primals will be available to every player no matter which character you choose. So, picking one character won’t lock you out of picking a specific Primal that you may like.

To transform into a Primal, you will need to build up the ability by attacking enemies and acquiring kills. Once your Primal meter is full, you can hit the ability to transform and cause chaos. Although it’s not a bad idea to save your Primal transformation for a more opportune moment.

Don’t necessarily blow the ability as soon as it pops up. While that might be work out in some situations, it might be best to save it in others. For example, when another enemy team pops their own Primal. Or to narrowly secure victory towards the end of a match.

How many different items will there be? 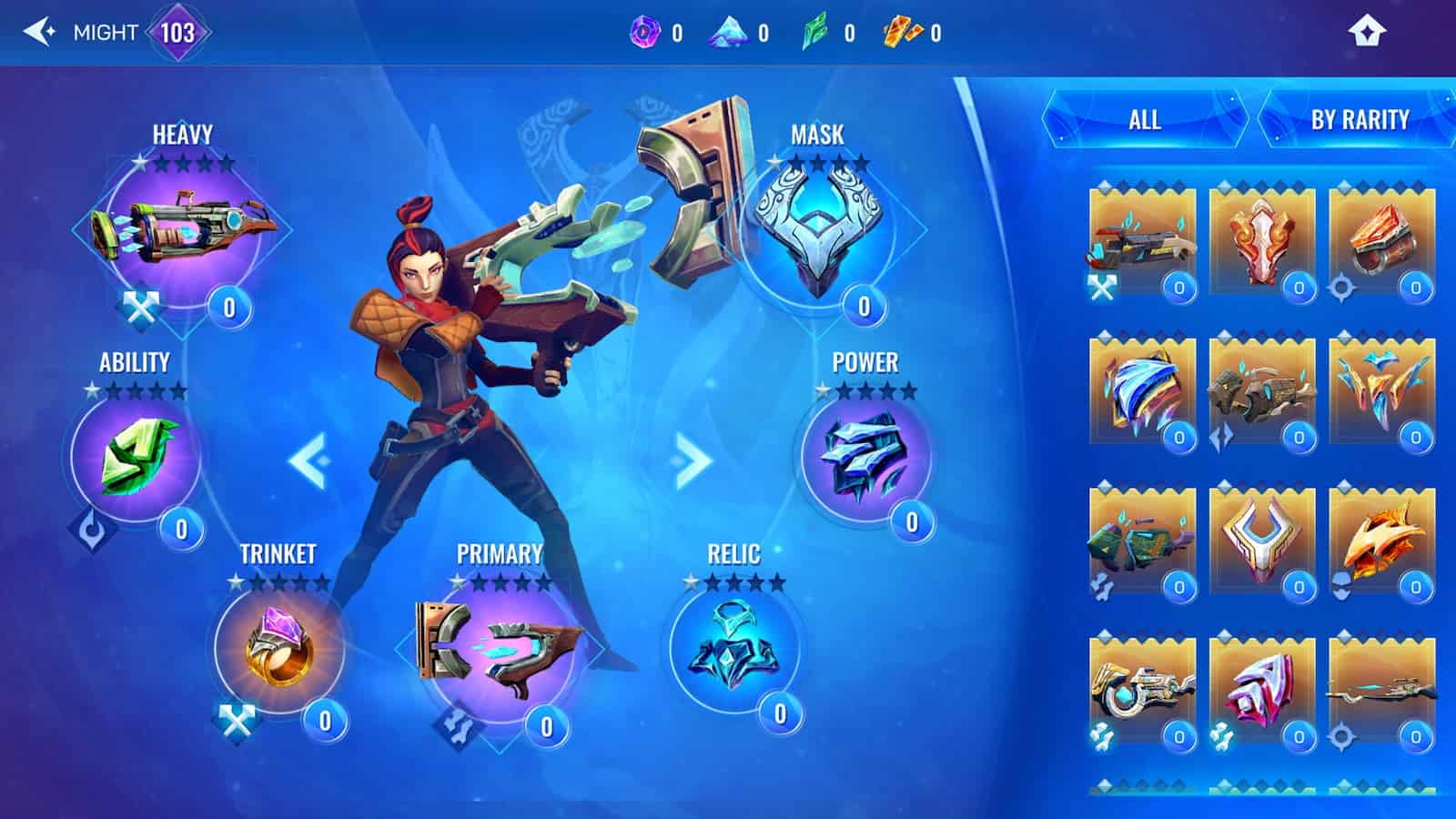 So far Super Evil Megacorp doesn’t give exact numbers, but it does give pretty close approximations. It says there will be more than 30 guns, more than 12 abilities, and more than 15 trinkets for the game at launch. So based on that we know there will be at least that much to contend with when it comes to builds and theory crafting.

More will of course be added in future game updates. But from the start there should be a fair amount for players to work with and keep things interesting.

When does Catalyst Black launch?

Catalyst Black will officially launch on May 25 for Android and iOS devices. The release will be global, so players around the world should be able to jump in at some point during the launch that day.

Will there be any beta testing?

Catalyst Black has already been operating in closed regional betas which has lead the game to its upcoming launch on May 25. As far as we know, there will be no testing beyond this for the game prior to the launch date. Which means anyone who hasn’t been a part of the closed betas in supported regions, will have to wait until the official launch to play.

Is the game cross-platform? 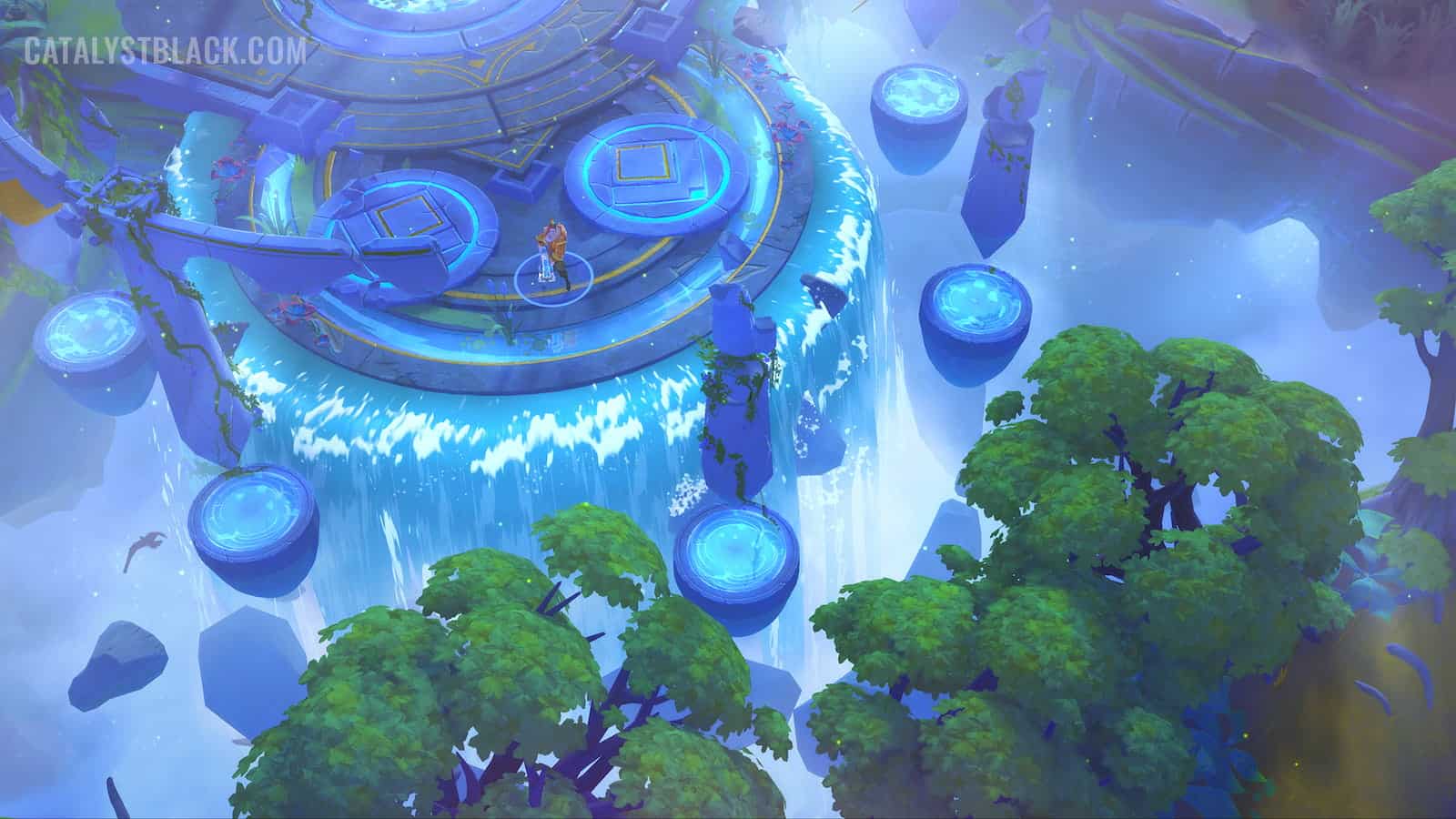 Yes. The game will be cross-platform so it doesn’t matter if you play on Android and your friends play on iOS. You will still be able to team up with them to (hopefully) smash your opponents and win matches. You’ll also be able to utilize Catalyst Black’s cool drop-in feature.

The drop-in feature basically lets you join a friend’s match instantly. Letting you “drop in” on them if you notice they’re playing and want to be a part of the action. There is a caveat to this though. The drop-in feature is only available if the friend is in the beginning part of the match. If the match is too far progressed then you won’t be able to drop in and will have to wait for the match to be over.

That being said, it’s a neat feature that we’ve really yet to see in any other game. At least that we can remember. And with it, players can alleviate wait times by hopping in a game right away.

How long will matches last? 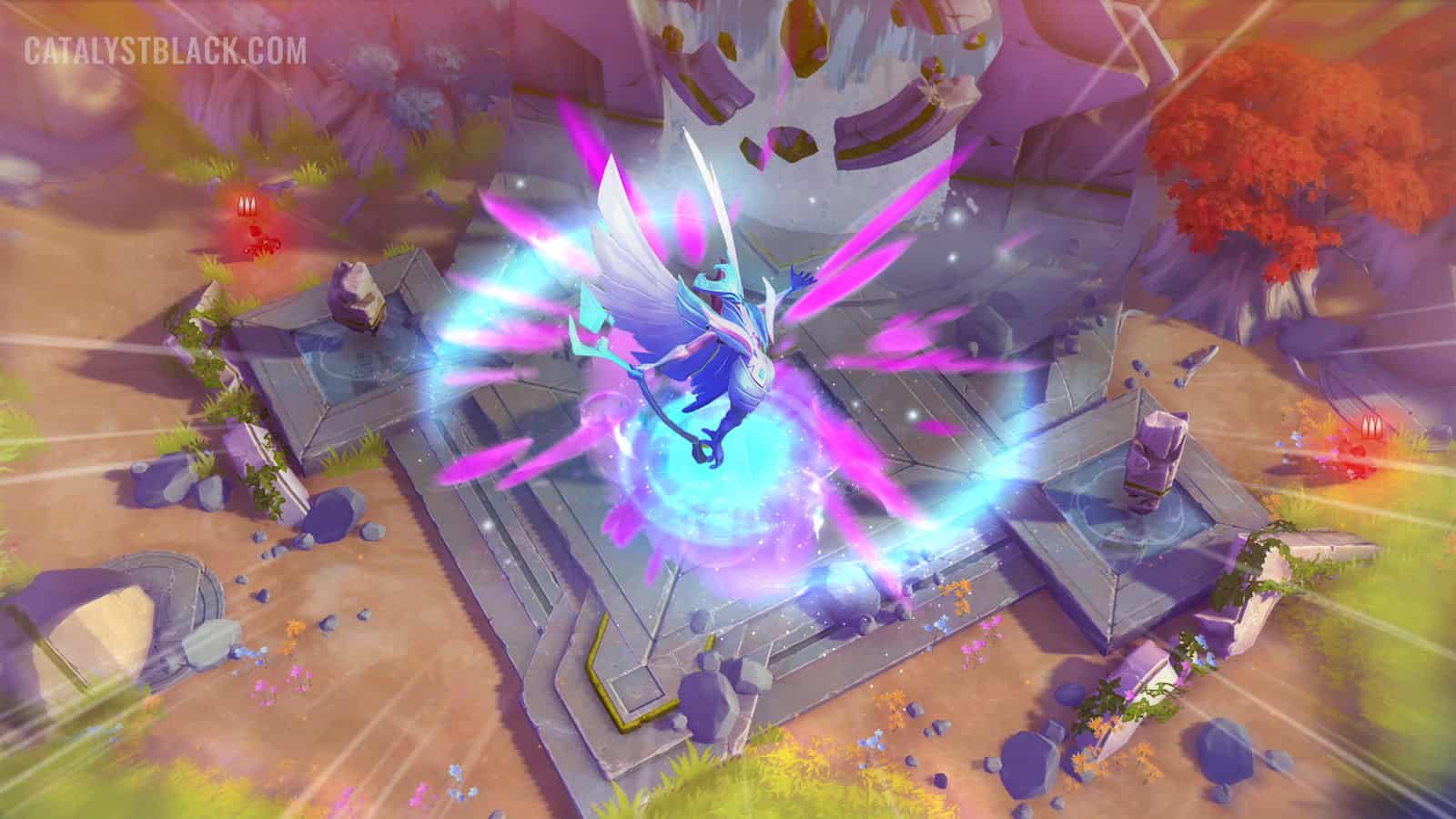 Matches in Catalyst Black shouldn’t be terribly long. Depending on the mode, expect matches to last anywhere from 5 to 15 minutes each. Though these times could fluctuate.

Will Catalyst Black have micro transactions?

Yes, Catalyst Black will have micro transactions. This will be a free-to-play mobile game so it has to be monetized somehow. That being said, just because micro transactions will be present doesn’t necessarily mean that they will be rampant and that there will be a pay-to-win feel to the game.

All items in the game can be earned through gameplay alone as well.

How many players can be in a match? 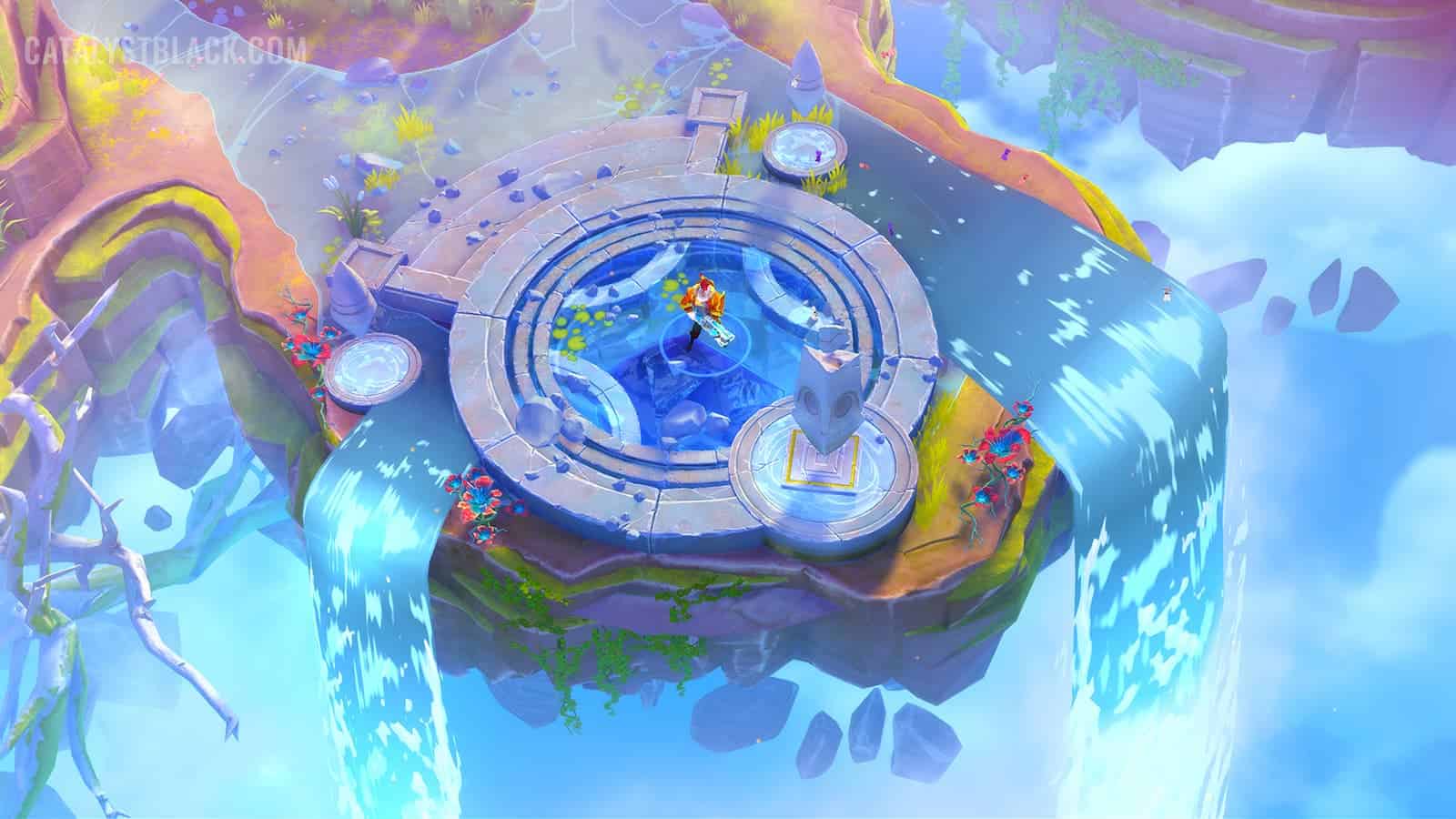 This will depend on the mode. But according to Super Evil Megacorp players can join teams of 5v5 and up to 12v12. So we imagine the 12v12 matches will get pretty chaotic with all those bullets flying around.

How big will the maps be in Catalyst Black?

Super Evil Megacorp says Catalyst Black will have some of the biggest battleground maps on mobile. And that may just be accurate judging by the looks of the maps for each mode. You can check out the Eventide map below. And as you can see it’s quite massive for a mobile battleground shooter.

You can also see the Azure Plateau and Mistral Fragment maps. All seem to be relatively large. With Eventide being the largest and likely the mode which supports up to 12 players per team. If you want to pre-register for Catalyst Black, which gives you a chance to win some prizes, you can do so here.