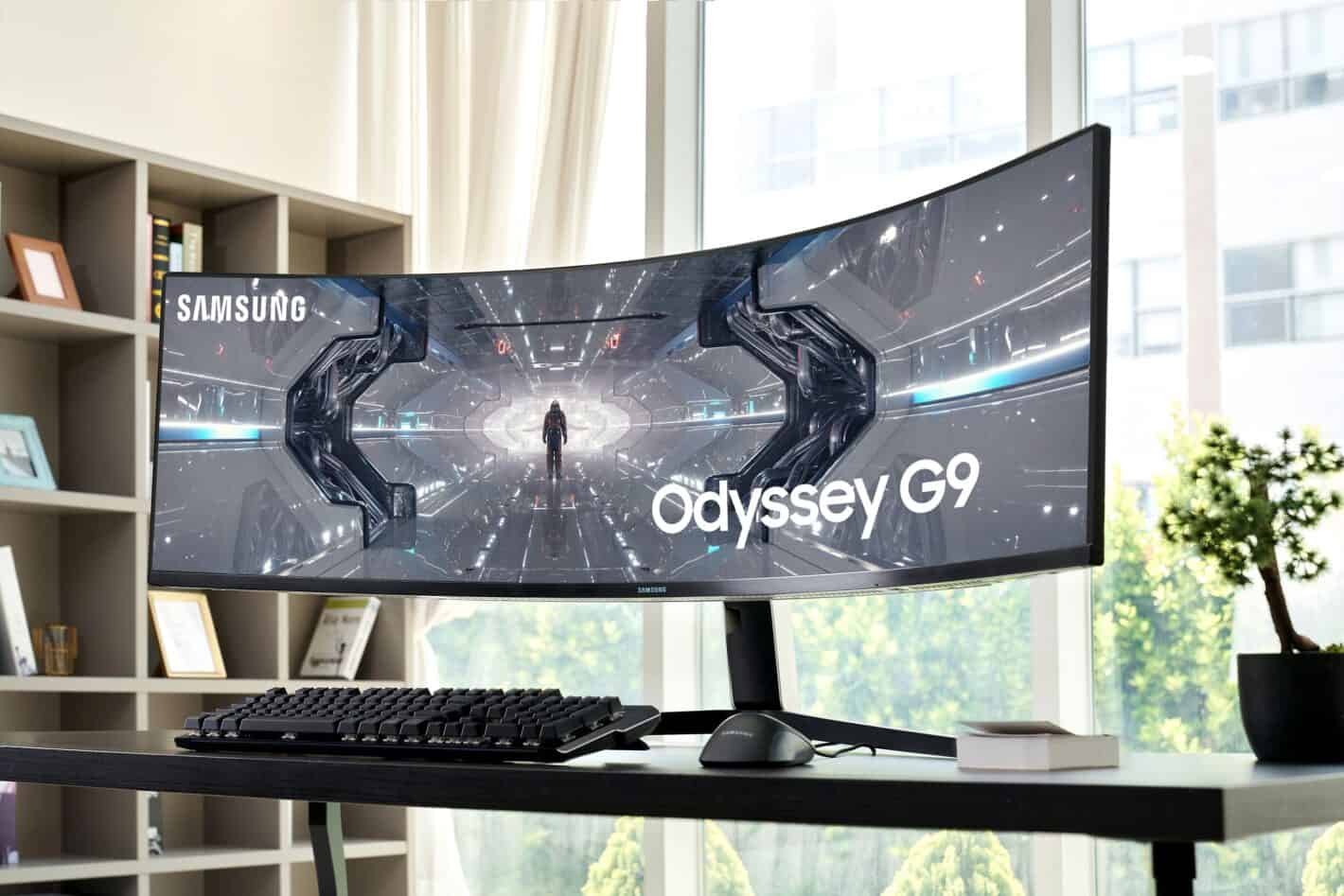 If you ask any PC gamer what monitor they want, but can’t afford, it’s most likely the Samsung Odyssey G9. This monitor is insane, and it’s actually on sale right now.

It’s not often that the Samsung Odyssey G9 goes on sale, so seeing it at $1,099 is a pretty big deal. That’s going to save you $400 off of its regular price, and nearly $800 off of its original price.

So why is this monitor so expensive? Well, for one, it’s a 32:9 ultrawide monitor. That’s basically like having two 27-inch monitors, but without a bezel in the middle, and only needing one port.

It’s also curved, and matches the curve of the human eye. That makes it easier to use, since a 49-inch ultrawide monitor is very long, and would cause quite a bit of eye strain to see the whole thing.

This particular version of the Odyssey G9 is a QLED 240Hz monitor. Which is another big reason why any gamer would love this monitor. There are not many 240Hz monitors out there, and even fewer that are QLED. With QLED, you’re going to see the deepest blacks, and even more vivid colors. This is because a regular LCD needs a backlight behind the display, which results in the blacks being more of a gray. Whereas QLED lights up each pixel individually.

For gaming, there is also support for G-Sync and FreeSync. Meaning that Odyssey G9 will match every single frame from your graphics card, so you’re never behind. So when you lose, you can’t blame your monitor anymore. On top of that, there is also lightning fast 1ms response time here.

You can pick up the Samsung Odyssey G9 49-inch ultrawide monitor from Amazon today by clicking here. This is the advertised Black Friday price, so you likely won’t see this getting any cheaper.