Skip to content
Advertisement
Trusted By Millions
Independent, Expert Android News You Can Trust, Since 2010
Publishing More Android Than Anyone Else
21
Today
109
This Week
386
This Month
6386
This Year
123915
All Time
Advertisement 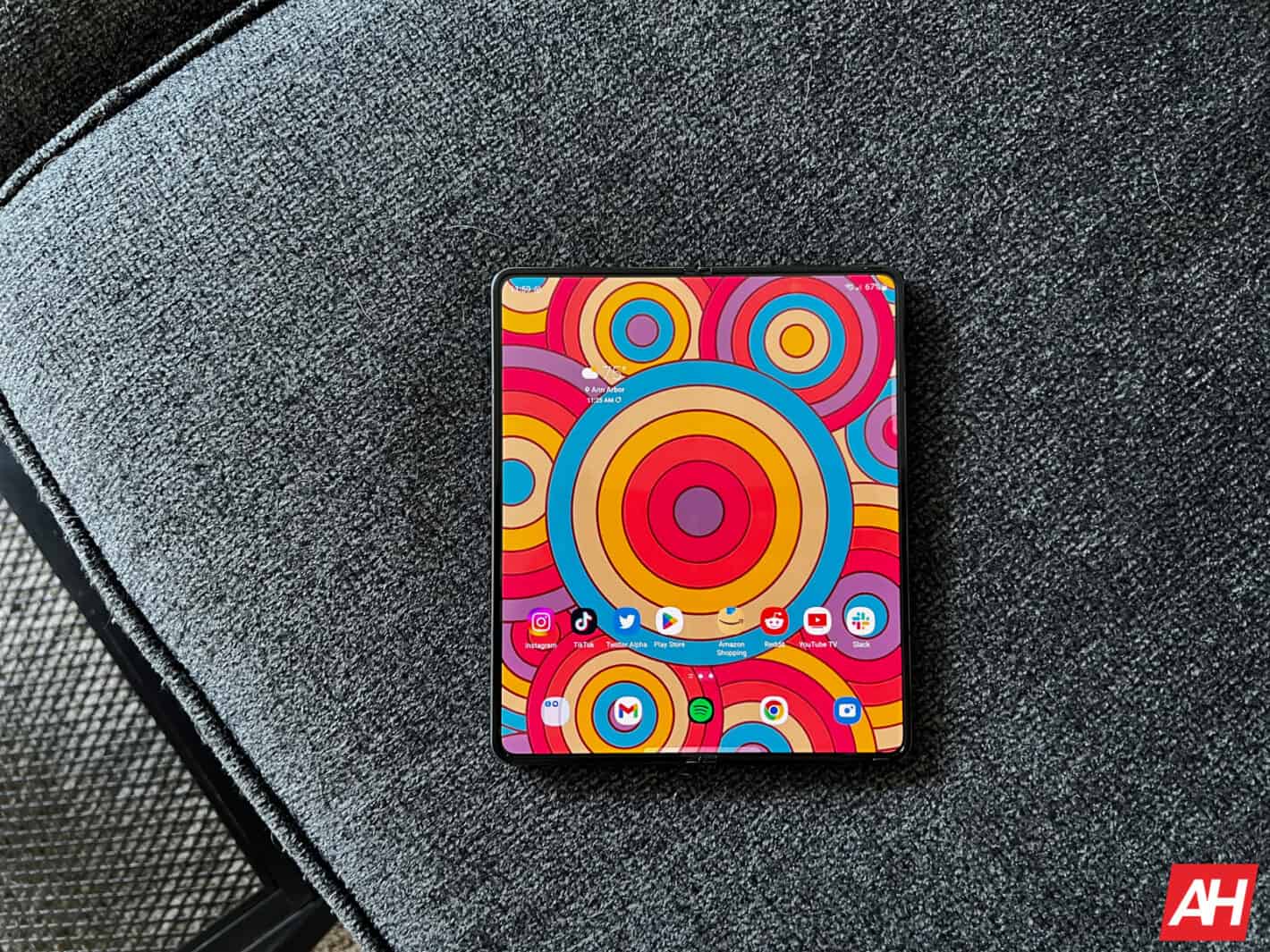 The Samsung Galaxy Z Fold 4 has two displays. There’s the 6.2-inch cover display, which is a pretty tall one at 23.1:9 aspect ratio. Then there is the 7.6-inch foldable display inside. Both of these are 120Hz AMOLED displays. While the cover display does use Corning’s Gorilla Glass Victus+.

Internally, the Galaxy Z Fold 4 is running on the Snapdragon 8+ Gen 1, with 12GB of RAM and 256GB of storage (or 512GB, 1TB of storage). There’s no micro SD card slot here, which is still surprising that Samsung ditched that on most of its phones.

It’s all powered by a 4400mAh capacity battery, which is the same size as the original Galaxy Fold a few years ago. But thanks to the battery efficiency of the Snapdragon 8+ Gen 1, the battery life did get a major upgrade on the Galaxy Z Fold 4 this year. You can check out our review here to see more about that. The Galaxy Z Fold 4 is also about 3mm shorter compared to its predecessor, which does make a difference in the size and weight here. But it’s still a big phone.

You can pick up the Samsung Galaxy Z Fold 4 from Amazon today in this sale by clicking here. Since we don’t know how long this sale is going to last, you’d better be quick here, and get it before it is gone.