Skip to content
Advertisement
Trusted By Millions
Independent, Expert Android News You Can Trust, Since 2010
Publishing More Android Than Anyone Else
19
Today
141
This Week
631
This Month
4625
This Year
114652
All Time
Advertisement So you’ve decided to start streaming your games and you aren’t sure where to start for the best webcams. Maybe you’re simply now working from home a lot more often and you need a webcam to be more present during meetings.

Whatever your reasons, you’ll need a webcam to get started. While it isn’t absolutely necessary to start with the best webcams available, it doesn’t hurt to have options. It’s also a good thing to have somewhere to start if you’re not sure which webcams to go for or even consider.

So we’ve rounded up some of the best webcams you can get your hands on to use for streamer setup. All of these will provide a great experience, but some will have an extra feature or two that could enhance your experience further.

Above you’ll find a short summary table of all the webcams picked for this list. Complete with prices and buy links. If you want a little more information on each webcam along with the details in the table above, you’ll find more of that below along with images of each product. 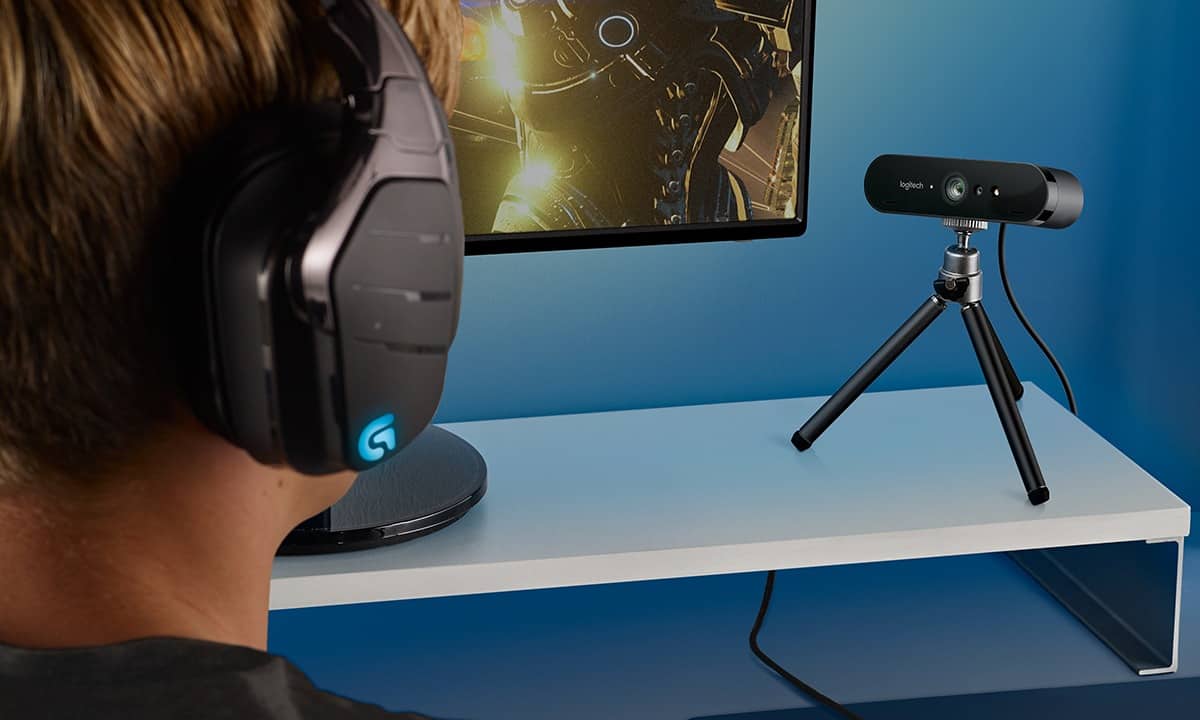 The Logitech Brio has a lot of things going for it that make it a top contender for one of the best web cams you can buy. But all that extra oomph will cost you a little bit more cash to acquire such prestige for your streams.

We’re talking 4K picture quality, color accuracy that is hard to compete with, auto focus, HDR, great image quality in low-light conditions and more. It even has built-in microphones in case you need them. Though for streaming purposes you’re definitely going to want a standalone mic. Or at the very least use the mic on your headset.

Compared to other Logitech webcams it’s mostly a cut above. You can replace the cable if it ever gets too worn, but it also has a clip that isn’t as strong as other the brand’s other options. At around $171 this is a webcam that you definitely want to love. And there’s a lot to love here. Which makes it one of the best webcams for streaming. 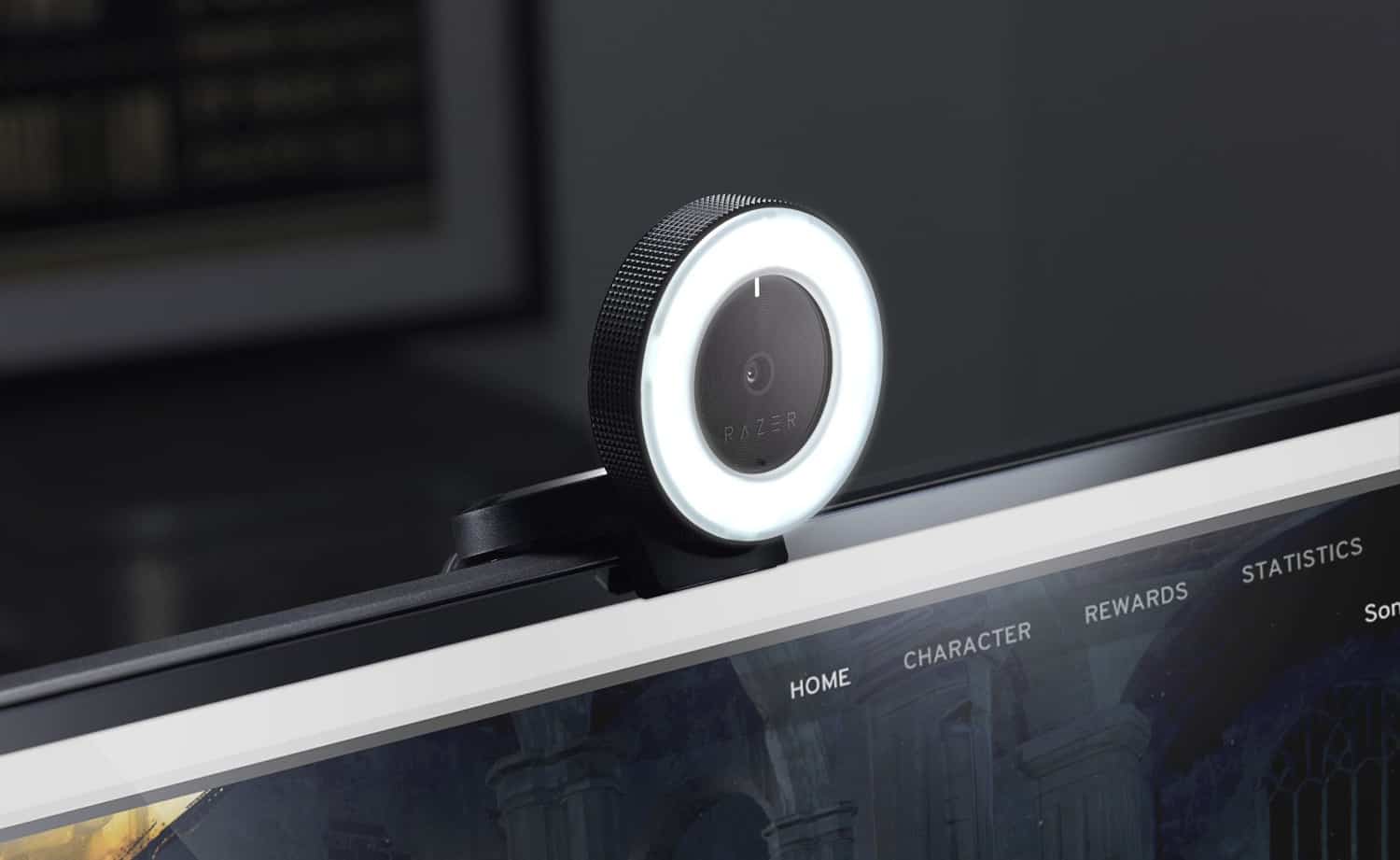 The Razer Kiyo is Razer’s first solution for streamers in need of a webcam. One of its more notable attributes is the ring light that surrounds the camera sensor. Helping to illuminate you in all your glory for all of your viewers.

So you can choose to set the quality to whichever you feel is best for your stream. The ring light also has multiple lighting levels sop you can find just the right lighting.

Sometimes you may be streaming at night with more lights off. And in those situations you will probably need better lighting. This also has a built-in microphone, which is perfectly fine for video conference calls. But again you’re going to want something more clear for streams.

Overall the Razer Kiyo is one of the best webcams for your streaming setup as it offers solid quality and features for the price. 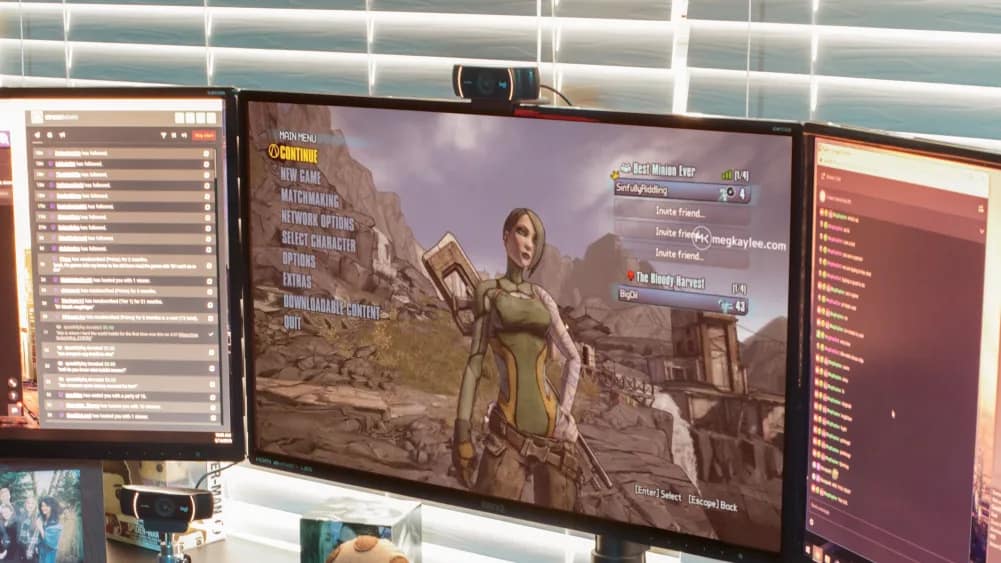 This model from Logitech is an extremely well-known webcam and for good reason as it’s loved by many streamers and non-streamers alike. Making it one of the best streaming webcams you can buy. You get Full HD video and image resolution, though you will also notice that the frame rates are the same as the Razer Kiyo.

So you get 30 fps if you want a 1080p image, or 60 fps if you go with a 720p image. It’s compatible with a wide range of Windows and Mac OS versions which is another reason why it’s such a good option.

It also offers a 78-degree field of view and auto low-light correction. It also works with more than just Windows and Mac, as it supports Chrome OS, Xbox One, and Android 5.0 or above. 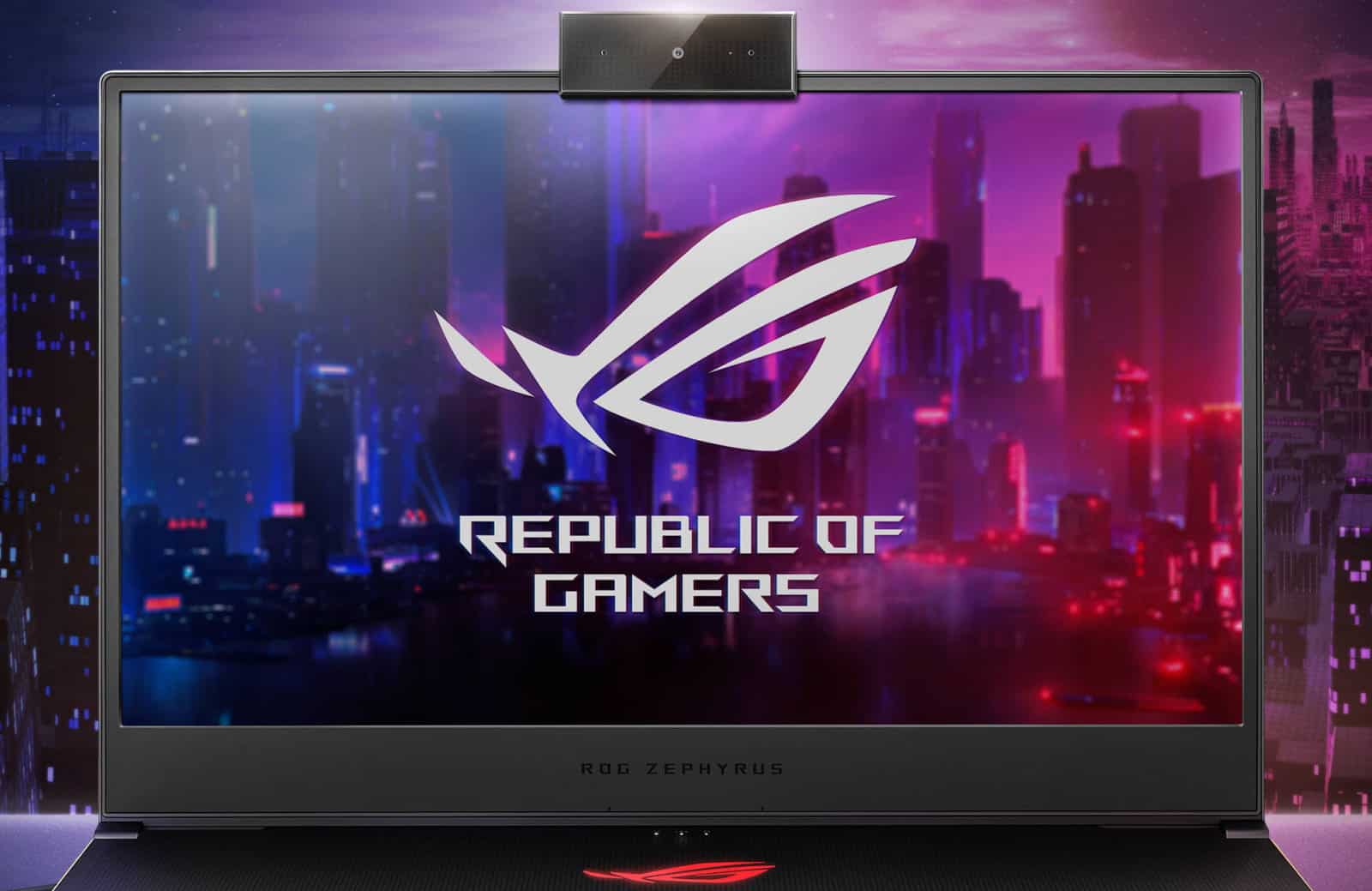 Did you know that ASUS makes a webcam under its Republic Of Gamers brand? Well, it does and it’s a pretty clean looking webcam compared to some of the other options. Straight lines make up the boxy shape of this webcam which sets it apart from the rest on this list in terms of design.

It also offers 1080p image quality at 60 frames per second. Which is something none of the webcams on this list so far offer. And the ROG Eye is the least expensive. Coming in at $90, it’s hard not to recommend it since you get a buttery smooth frame rate and high resolution video for your stream.

ASUS also says it was designed to help prevent overexposure in backlit conditions. Perhaps the best part though is it’s physical size. It’s extremely compact. While not too much smaller than any of the other options, it is a bit smaller. And it shrinks down to a nice pocketable size when not in use. Making it very easy to take with you wherever you go.

Feel like streaming elsewhere? The ROG Eye is more than up to the task with its portable design so you can set it up with desktops or laptops. It still needs to be plugged into your machine of course. But it stores nicely when not plugged in. 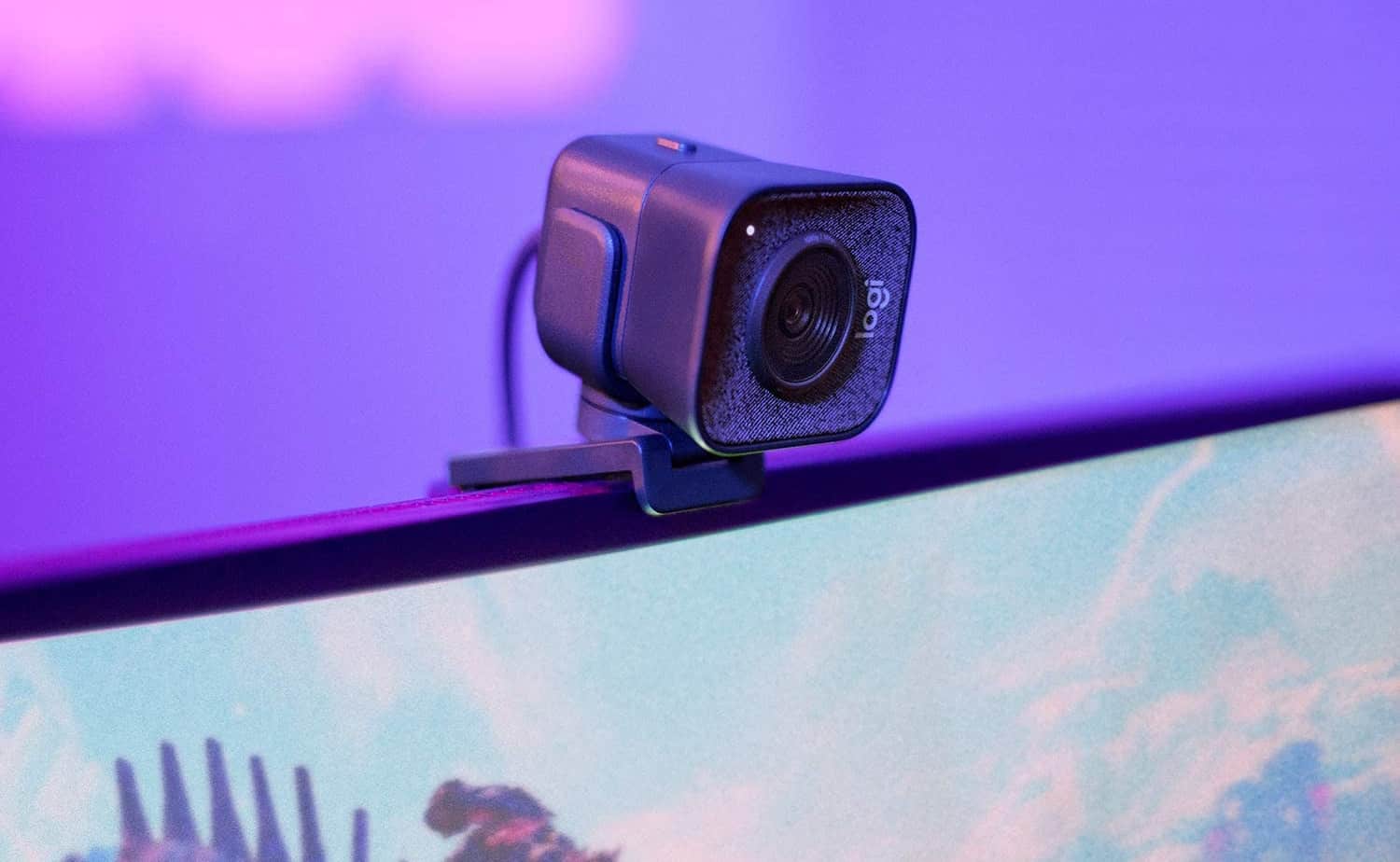 If you want small, like, really small, look no further than the Logitech StreamCam. It’s definitely more tiny than the ASUS ROG Eye and it even provides the same 1080p streams at 60 frames per second. But its price is certainly not as small coming in at $170.

You can pick up the camera in Graphite or White colors, and it uses USB-C for the cable. It’s not detachable like the Logitech Brio though. So if that’s something you want then you may want to consider the Brio as it’s basically the same price.

You’ll also want to make sure and download Logitech’s free webcam software to ensure the best possible image quality from this device. Like most of the other options on here this has a 78-degree field of view so it should capture you just fine.

It also supports vertical video if you prefer it or need it specifically for a stream you’re doing.

As this is another option that isn’t cheap, make sure to weigh it out against other options. It is nice, but consider whether or not you need or want what this one offers. Especially when you can pick up the ROG Eye for $90. 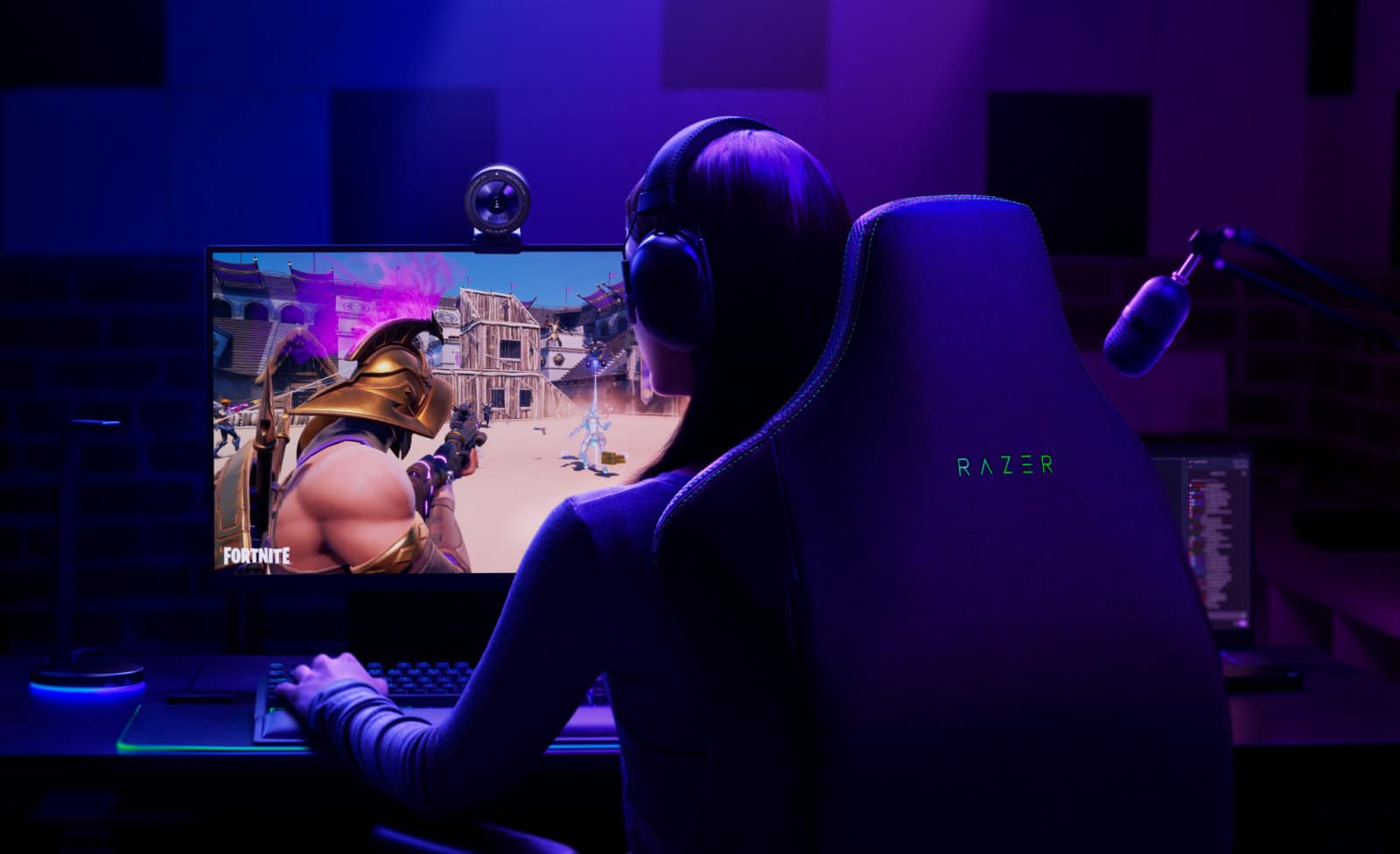 Rounding out this list is the Razer Kiyo Pro, Razer’s most recent webcam and it’s second option to date. There is a lot of similarities between this and the standard Kiyo, but you get some worthwhile advancements too. It might be expensive, but it isn’t just one of the best webcams for streaming, it’s probably the best webcam for streaming. Especially if you’re a fan of Razer.

At this price Razer is giving you 1080p resolution streams at 60 frames per second. So you get high quality images and fast frame rates for a smoother stream. It also offers an adjustable field of view where some of the other cameras do not.

Letting you get up to 103-degrees. The Razer Kiyo Pro also ditches the ring light of the standard model. Instead Razer opted to use an ultra-sensitive CMOS sensor with STARVIS tech. This allows the sensor to adjust for any lighting situation. So even without the ring light, you still look clear even in low-light settings.

Late night stream? No problem. The Razer Kiyo Pro is equipped to handle it. True to Razer nature, the Kiyo Pro isn’t cheap. But it’s worth it.