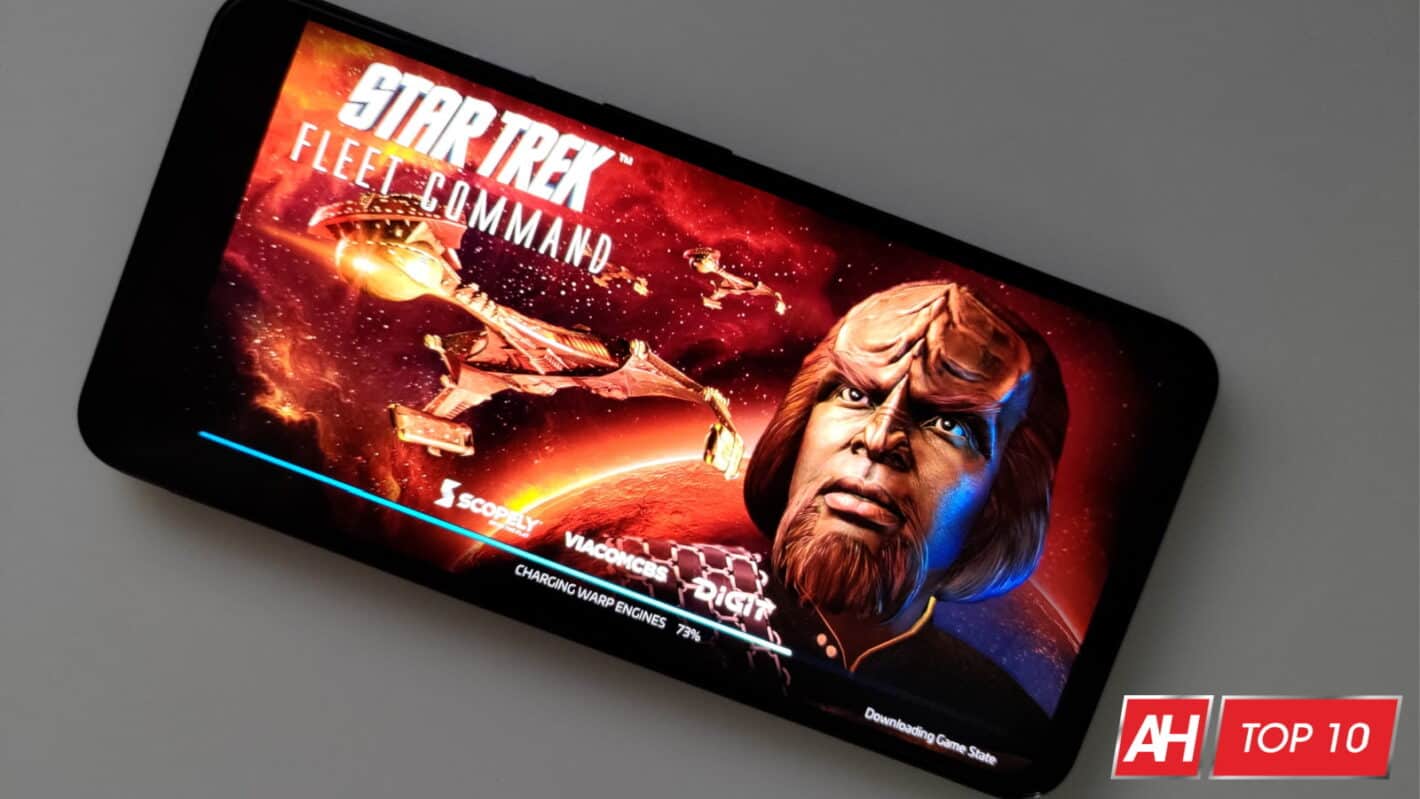 Strategy games aren’t always the easiest games to play, and the best ones are sometimes the most challenging. But, they can also be the most rewarding a lot of times. They’re wonderful games to play if you thrive on using tactical and strategic thinking to get through obstacles.

If you’re looking for more than just strategy games, check out our guide on the Best Action Games.

As one of the handful of free games we have on this list, Warhammer 40,000: Space Wolf does have in-game purchases, but it’s still one of the best strategy games out there for Android. Plus it’s still regularly getting updates. So it seems it still has plenty of life left in it.

Northgard is one of our favorites right now, partly because of the Norse mythology theme but also because it’s just a really good strategy game. Best of all, it wasn’t exceedingly challenging to learn. While it might take some practice to master it, it’s easy to pick up and play and learn the basics. Which can’t be said for all strategy games out there.

Northgard has a large and diverse collection of content you can play solo, but it also features multiplayer. What we liked most about the multiplayer was that you can choose to play with other players, or face off against them. Which was a nice touch.

That being said, a number of players seem to be having issues with the latency or the game loading properly. So keep this in mind when considering.

Despotism 3K isn’t for the faint of heat. It’s filled with dark humor and more adult themes. Hence the Mature 17+ rating. If you don’t mind that, there’s a whole lot to love here that’s going on. First, it’s a premium title with a good price. And it has no in-game purchases. So there’s a win.

Most of all though, it’s classic style of retro graphics gives it a nice feel. While it’s mostly a strategy game, it also has rougelite features. So players beware.

Out There: Omega Edition

While games like Northgard were a little easier to get into, Out There Omega Edition is not. It’s even listed as a hard game by the developers, and they aren’t kidding. This game is a challenge and you may struggle at times to get past certain parts. Luckily there’s a forum for helpful tips, and you could always rely on your true grit and willpower to get you through.

In this game you take on the role of a astronaut who’s more or less stranded out in the far reaches of space outside of the solar system. You awake from cryosleep to find your ship is inoperable. So part of your task is getting it working again using salvaged parts.

You’ll also embark on a host of adventures, many of them dangerous. There’s a killer soundtrack and loads of engaging dialogue to boot.

Arc The Lad was originally a tactical JRPG released by SEGA back in the day. Arc The Lad R is not that game. Rather it’s a totally new title from Boltrend Games that’s based on the popular franchise from SEGA. It’s more strategy game than tactical RPG, but plenty of fun if you’re a fan of the franchise.

And if you like anime style art and graphics. It’s got a pretty great story too, and the character progression is not exactly lacking.

Crying Suns is a deep space strategy game filled with space ship battles, exploration, political intrigue and a whole lot of requiring you to think critically about every single choice you make, including your resource management. Even the little decisions may seem small, but they can have a profound impact.

This is another one of those strategy games that is definitely more of a challenge. It doesn’t hold your hand. But the payoff is amazing because the story and gameplay are great once you get in the swing of things.

The same great XCOM game you know and probably love if you’ve played it. Just now on mobile in one big collection. This is the full game of XCOM 2 plus all four DLC packs that were released for it over its lifespan. It’s a bit pricey, yes, but you’re getting everything here and it’s a lot of fun to play on the go.

If you want something more rooted in reality, try out Company Of Heroes Instead. The game even now features the Opposing Fronts DLC which you can pick up as an in-game purchase if you want more content to play.

Be forewarned though, this is a very large game and takes up over 5GB of space.

Star Trek fans, this is one awesome game if you like the strategy genre. This is an open-world strategy MMO. So there’s tons of other players to interact with, fight, and build alliances with. And the Star Trek: Next Generation story arc was just recently released, so there’s even more content to play.

Night of The Full Moon

Last but certainly not least is Night of The Full Moon. This one is a little bit different than the rest of the games on this list. Both for its wonderful comic style graphics and the addition of turn-based card battles that are thrown in the mix.

Our favorite feature is the events that you can trigger randomly. As this gives the game a procedurally generated feel, and that makes it more replayable. Which is a good thing to have in a mobile game.