No matter where you play Stadia games, or on which device, there are definitely going to be accessories for you to use, but which ones are the best? We’ve put together a list for that.

Stadia has the benefit of working across devices like PCs, TVs, and on phones, which means it’ll work with tons of accessories to enhance the gaming experience and these are some of the best ones.

Below you’ll find a short summary on the list of top 9 best Stadia accessories we’ve picked for July of 2020.

There’s an accessory or two that fits each device you can play Stadia games on. So everyone should be able to find something. The summary includes the cost of each accessory, and where to buy if you’re short on time.

Below the summary you’ll find a slightly longer description of each item along with the where to buy links.

If you want to know a little bit more about each accessory and why you’d want it for your Stadia experience, check out the list below. 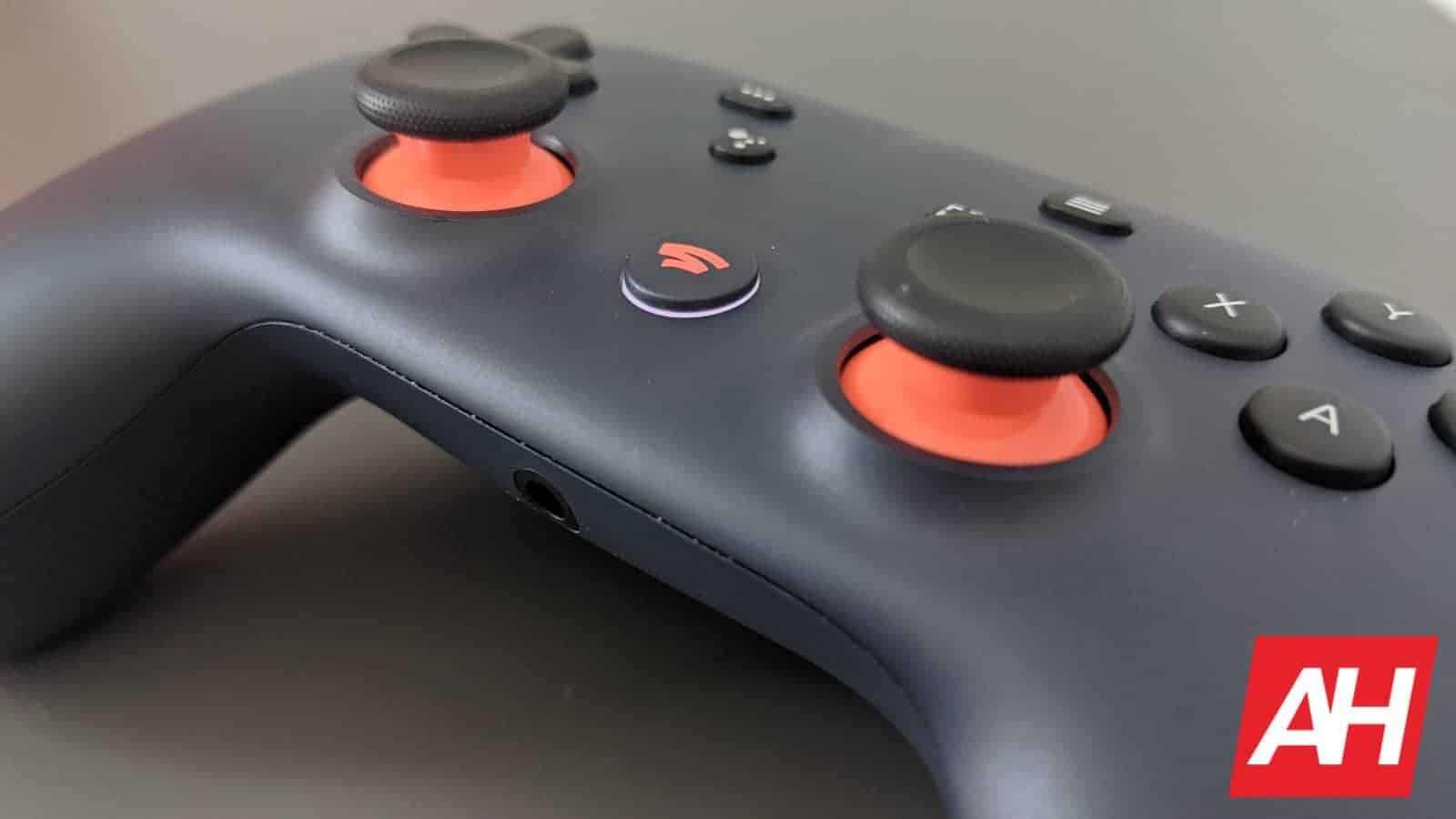 We’ll kick things off with the Stadia controller because it’s one of the more versatile accessories on here.

It works when you play on your TV with the Chromecast Ultra, it works with the PC, and it works with your phone. And, better still, it now works wirelessly with all three as Google just added wireless support for Android phones on June 30.

As controllers go, it’s a pretty standard setup and it comes with all the buttons you’d want a normal controller to have. It has a good weight to it and it’s built well.

All in all, it’s a great controller for your Stadia gaming needs. It might seem a bit pricey, but in contrast to some of the other options out there it’s actually not too bad when it comes to cost.

Astro makes a high-quality headset and it tends to come with a high quality price. But, high prices are the price you pay when you want one of the best accessories you can get for gaming, even when it’s gaming on Stadia.

The Astro A50 Wireless will work with Stadia on both PC, and when you’re playing through the Chromecast. Thanks to the receiver that plugs into the TV or the PC that the headphones connect to.

You’re also getting some top-tier audio out of these headphones, plus, they’re wireless which is really the best part, and they feature a mic so you can use the in-game voice chat.

As an added bonus, these work for PS4 too. So if you have one and want to game on it for a while, you can.

The base station receiver also works as a stand for the headphones when they’re not in use. So you can put them on display in a nice clean setup. You could use any pair of wireless headphones that would connect to the TV or the PC. But these are designed specifically for gaming and feature less latency, which is what you’ll want when playing games. 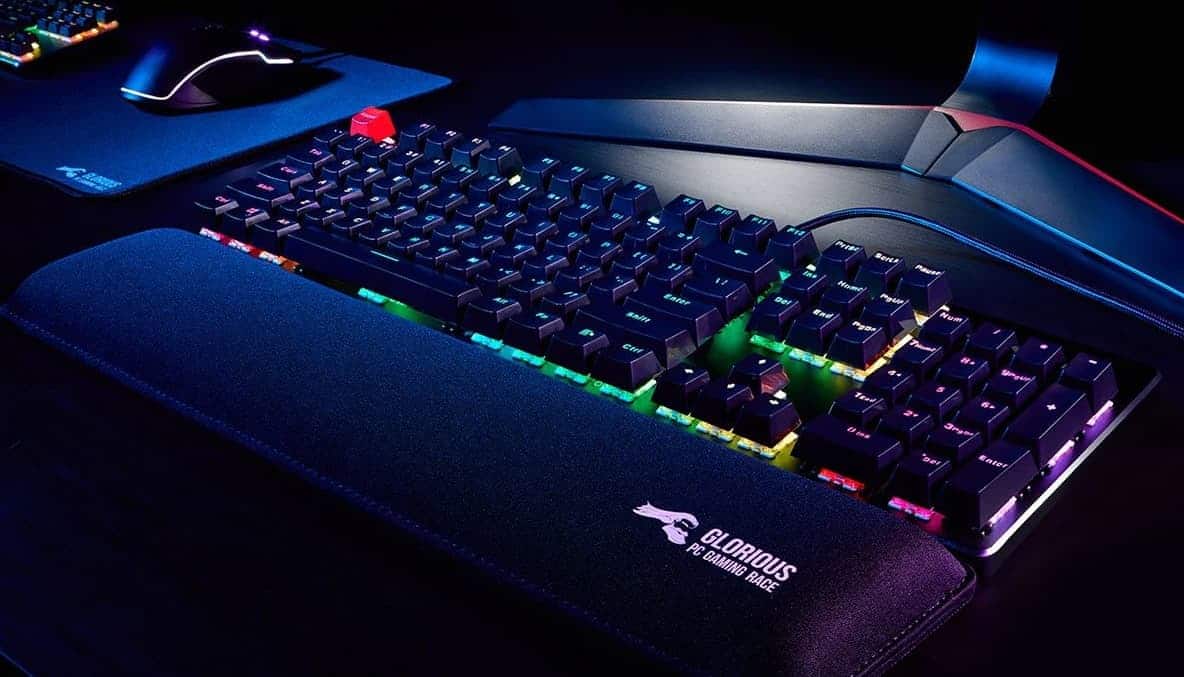 If you’re playing games on PC, even through Stadia, then you want a good gaming keyboard for the games that will benefit from playing with keyboard and mouse over a controller.

The Modular Mechanical Gaming Keyboard from Glorious is a fantastic option in this category. The best thing about the GMMK is its customization.

You can swap out the switches under the keycaps with relative ease. So much in fact that it’s the easiest I’ve ever personally seen it. It also comes in three different sizes with the full, tenkeyless, and compact options.

It has a very minimalist design so it’s not too garish, though it does have RGB lighting for the keys so there is some brightness to it. Aside from the lights though the design is very simple. Which is excellent.

This is a wired keyboard, so while you don’t get the freedom of a wireless option, you’re less likely to have any interference or disconnection issues with it being plugged in all the time.

Also, the switches are hot swappable so not only can you pop them out without having to solder anything, you can swap them while the keyboard is on and in use. You can even mix and match the switches so you have certain ones under certain key caps for the perfect feel. 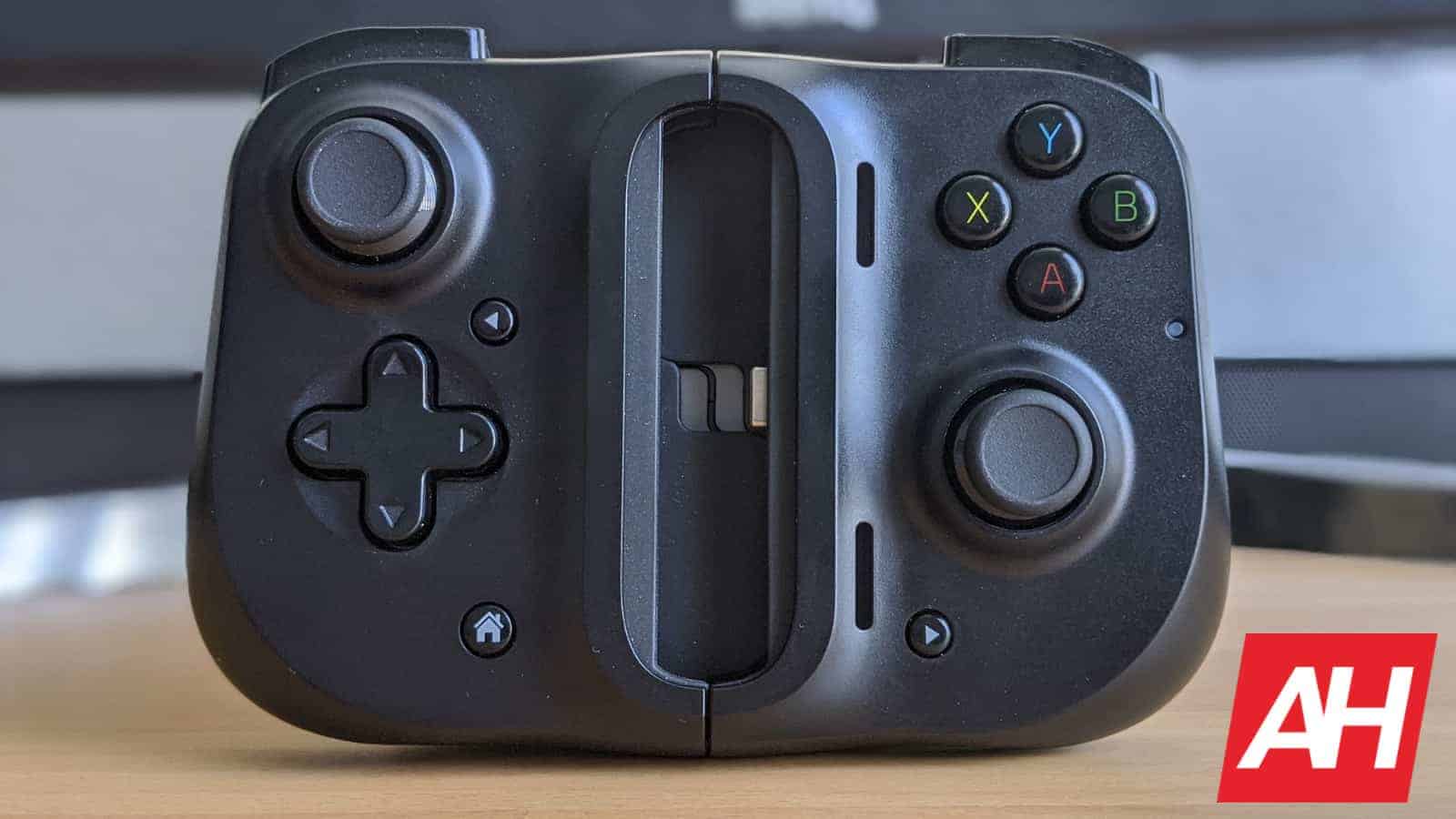 Razer’s Kishi is one of the best accessories for Stadia because technically it was built for Stadia.

Really it was built for all cloud gaming options. Since Stadia is one of these though it is a wonderful controller to use when playing Stadia games on your phone. You can see our full thoughts on it here in our review.

Don’t get us wrong. The Stadia controller works perfectly fine for playing Stadia games on the phone. Especially with the CLAW attachment and now that the controller supports wireless play for Android devices.

The thing is, even then the controller feels a little top heavy. The Kishi eliminates that problem because the phone sits in between the two sides of the controller. It’s also technically a wired setup because the Kishi does plug into your phone’s USB-C port, which translates to a nearly latency-free gaming experience.

It does have one downside. It can only be used with phones that have the USB-C port in the middle. If it’s off to the side like on the ROG Phone II, it won’t work.

Other than that, this is a great controller with every button you need for Stadia. Plus, it features pass-through charging so you can charge the phone while playing. When you’re all done playing, collapse it down to its unused state and it’s nice and compact. 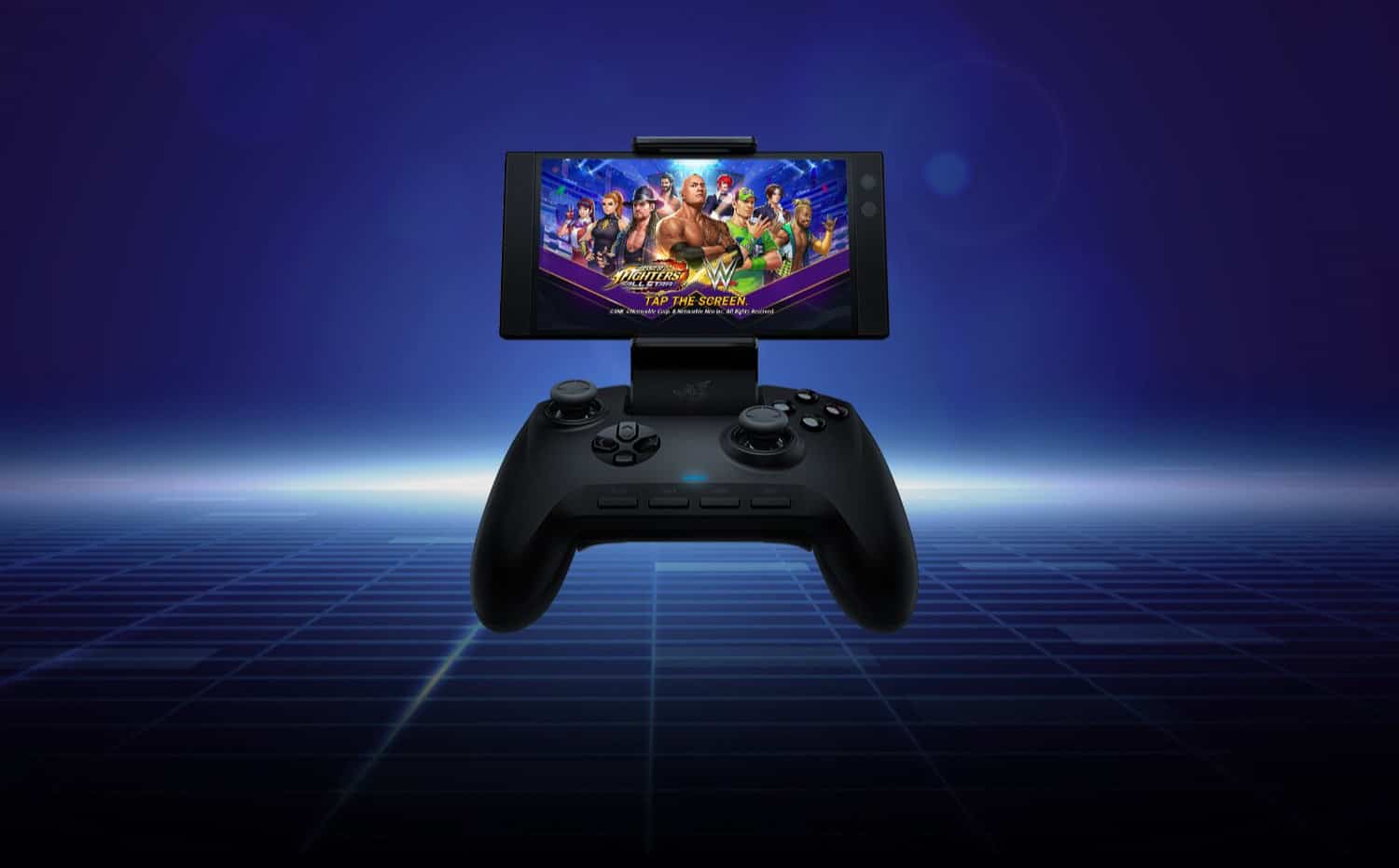 Keeping things on the Razer train for a moment here (and why not because it makes some excellent gaming accessories), the Raiju Mobile is a fantastic controller for Stadia too.

It even comes with its own built-in claw attachment that flips up to hold your phone during use.

The Raiju Mobile is Bluetooth, so it connects to your phone wirelessly, and it’s a full-size controller. While not as compact as the Kishi for storage, the full-size build is likely going to be a tad more comfortable to hold while playing games.

You can adjust the phone mount for different viewing angles, and Razer designed it with a “hair trigger mode” which it says can give you a competitive edge.

For the most part this is very similar in shape and size to an Xbox One controller. If that’s your preferred console controller, then you’ll love this for Stadia when playing on your phone. 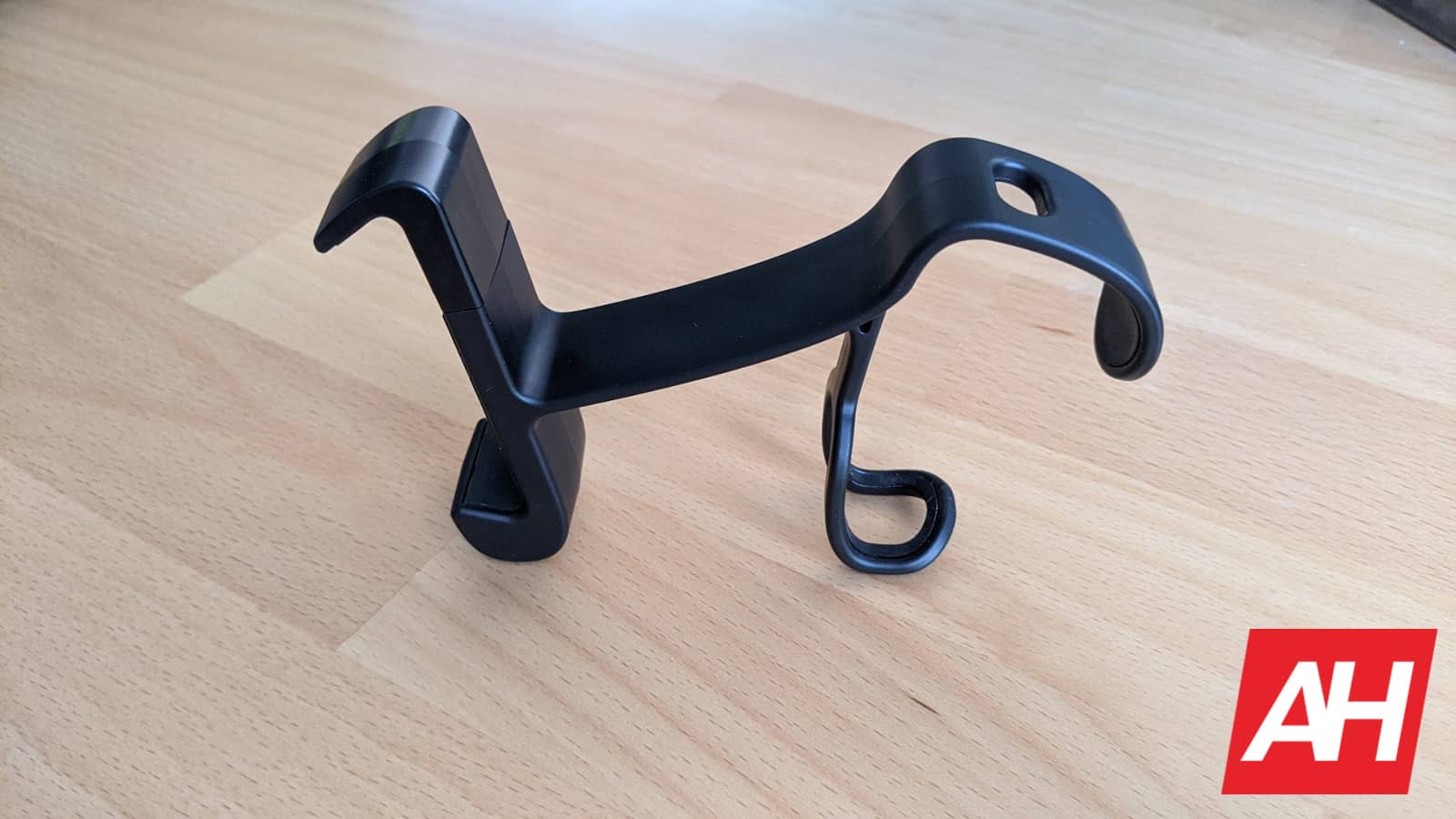 If you have the Stadia controller and you plan to play on your phone ever, you want this attachment.

It grabs onto your controller with a nice, snug fit and holds your phone in place so it’s closer to your face while playing. It also has rubber grips so it doesn’t move around too much while on the controller. In fact it really doesn’t move at all unless you force it to.

It’s a simple accessory, but a must-have if you play Stadia on your Android device with the Stadia controller.

If you take your gaming extremely seriously and you want something that will let you customize the feel of your controller and give you a competitive edge, this is probably it.

The Xbox Elite Series 2 controller from Microsoft is considered by many as the pinnacle of controllers. It has tons of little configurations you can adjust for the perfect feel and fit in your hands.

Since it’s an Xbox wireless controller it also works with PC, and Android phones. Which means you can use it for Stadia games in the Chrome browser and in the Stadia app.

This is a bit much for a controller if you’re not going to game a whole lot. But, if you play games often and you want something top-tier, you can’t go wrong with the Elite Series 2.

Especially considering you can use it for Stadia games, Xbox games, and PC games. 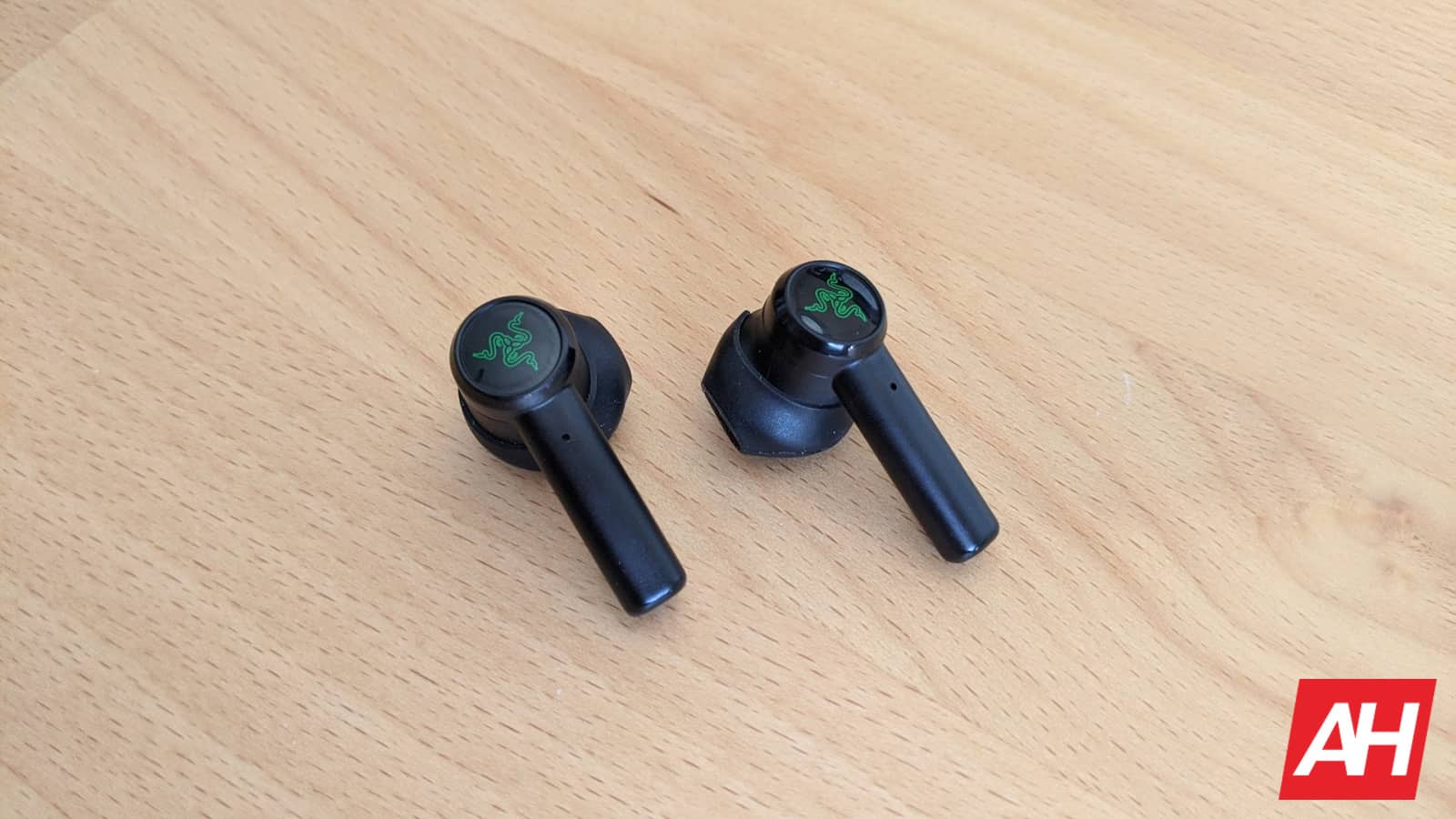 Playing Stadia games on your phone is best with headphones. At least if you want to fully immerse yourself in the game.

And if you plan to do that, you want something that isn’t going to have audio lag. The Razer Hammerhead True Wireless Earbuds have provided that experience better than anything else I’ve used. They don’t have the best battery life if you want long gaming sessions. But they are super compact, easy to use, and you can keep them safe in the portable charging case that they come in.

You can also just use them for music if you want. Many phones these days don’t offer wired headset ports. Which means you need a wireless option unless you want to use a dongle attachment. Forget all of that. Wireless earbuds and headphones are a better solution. Especially when they’re this good.

You can’t have a proper PC gaming setup, or a proper Stadia on PC gaming setup without a good gaming mouse. We chose the Glorious Modular Mechanical Gaming Keyboard for the keyboard, and the Razer Viper Ultimate is our selection for the mouse counterpart.

The Viper Ultimate is great because it’s wireless so there are less cords sitting around while you game. Razer says it’s a “no compromise” wireless gaming mouse option.

What that means for you is that you shouldn’t have issues with disconnection, and you’ll get a fast mouse with a good sensor among many other things. Razer designed this for Esports, so it will work for you just fine. It’s ambidextrous as well, and whether you’re right handed or left handed, this mouse does the job.

It comes with eight programmable buttons, and it’s pretty lightweight so it should move around the mouse pad pretty easily. If you prefer your Stadia games with a keyboard and mouse combo, this is an excellent mouse pick.