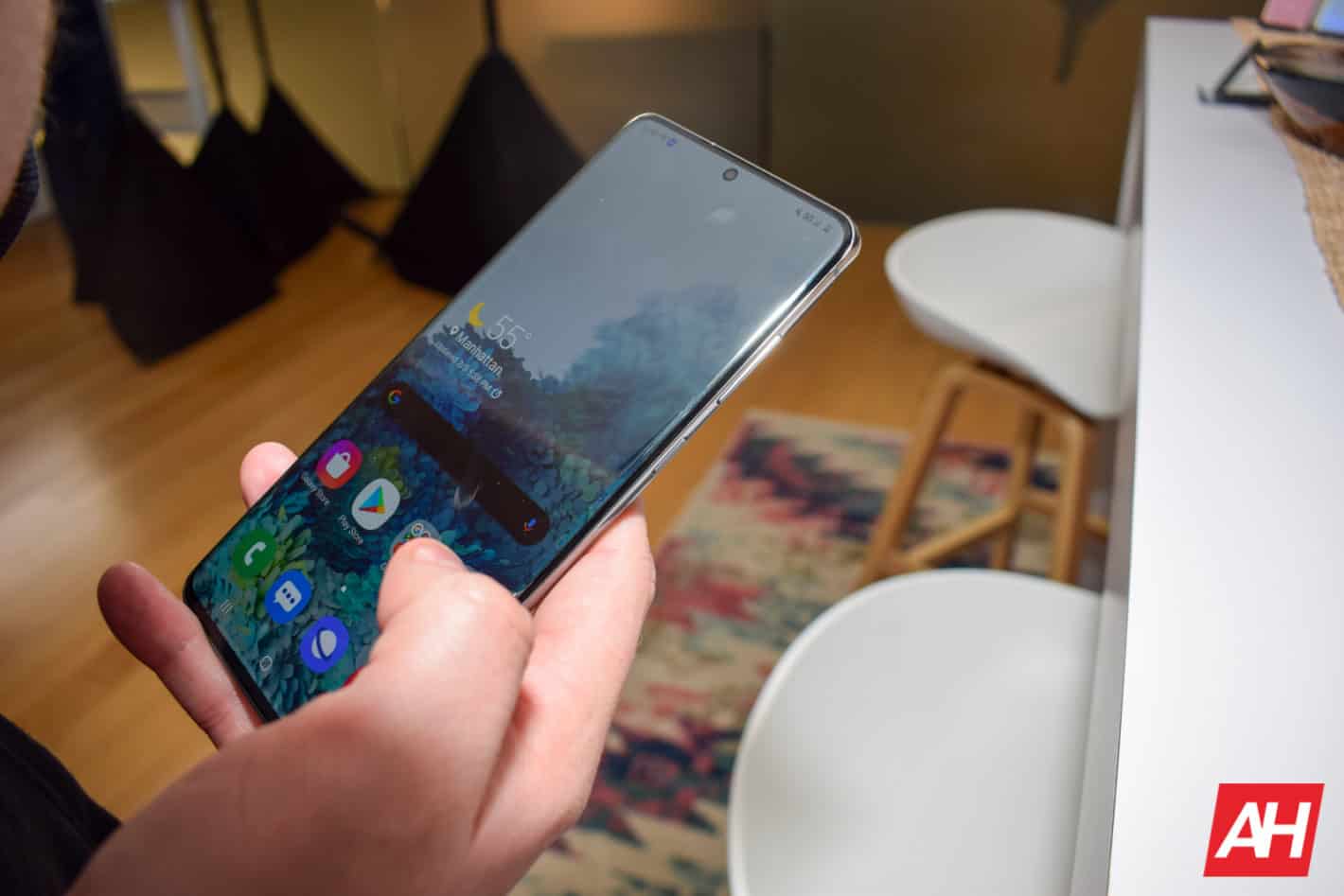 The Samsung Galaxy S20 Ultra is a big and heavy phone, not to mention its made of glass, so you’re going to want a case for it. As the last thing you’ll want to do after spending $1399 (plus tax) on the Galaxy S20 Ultra, is for it to fall out of your hands and shatter.

And that’s where cases come into play. You can think of cases as an insurance plan for your Galaxy S20 Ultra, and one that you don’t have to pay for every month. Some of these are heavy duty, while others are thinner and really just add in some grip so that it’s harder for them to fall out of your hands.

Either way, these are the best Galaxy S20 Ultra cases on the market today.

This list has the best Galaxy S20 Ultra cases that are available today. This list will continuously be updated as more cases come out – which is bound to happen after the phone is actually available.

We have wallet folios, TPU cases, rugged cases and everything in between. So no matter your style of case, there’s something for everyone here.

Samsung offers the leather case in a few different colors: black, blue, brown, red, silver and gray. Currently, there is no price available, since the case is not yet available. But it should be once the pre-orders for the Galaxy S20 series start on Friday.

The ESR Air Armor is the best clear case that you can buy right now, and it is a really great looking one. It’s going to allow you to still show off that beautiful design of the Galaxy S20 will also protecting it.

As you can see in the image above, the sides are a bit thicker. And that’s because the sides and corners have been reinforced, and will be able to absorb the shock when the phone is dropped. And seeing as when phones hit the ground, they usually land on the side or the corners (more often the corners), this is a good idea.

There is a slight lip here, going over the screen, which is going to protect that screen if it is dropped as well. Given how big this screen is, it’s going to be an expensive one to get replaced.

The Totallee Thin Case is by far the best thin case that you can pick up for the Galaxy S20 Ultra. It’s super thin, and really doesn’t feel like you even have a case on your phone. But you can feel that it is there, because it gives you some grip.

So, Totallee offers their case in two colors. There’s a transparent, clear case like the ESR one above. And then there’s a matte case like the one pictured here. The matte case looks really good, and honestly it’s the one we’d prefer. Seeing as it will do better at hiding fingerprints and give you a bit better grip on your Galaxy S20 Ultra.

You can pick either one, and both are available for all three Galaxy S20 smartphones too.

The Samsung Silicon Cover is a really good option for those that want a premium looking and feeling case, but don’t want to spend a fortune on it. Because let’s face it, that Leather case is not a cheap one. And well, this Silicon Case isn’t very cheap either, but it is worth the money.

This case has a very soft touch to it, which also gives it more grip. So it’s going to be much better than not having a case on your phone at all. Which is very important here, seeing as the glass on the Galaxy S20 Ultra is very slippery.

Samsung’s Silicon Cover does a good job at protecting the entire device, including the display. And it also comes in a number of different colors. This includes blue, black, navy, pink, silver and gray.

If you’re looking for a case that can also replace your wallet, well Samsung has something for you there as well. This is a wallet cover that you can use to put a few cards in – maybe the cards that don’t support Samsung Pay yet – and keep your phone safe.

By having a cover case, you are able to keep that display more protected too, which is also important for most people. It’s a bit on the thicker side, unfortunately, but hey that means that your phone has more protection. And considering the Galaxy S20 Ultra is going to cost you $1400, that’s not a bad thing.

This is a clear case too, so you are able to show off that you have a Galaxy S20 Ultra still, which might be important for some users. And we can’t forget, that the rubber sides and corners also add some grip. Making it tougher for it to fall out of your hands.

The Caseology Parallax is one of our favorites because of its look and feel. It’s a really great looking case, with a diamond pattern on the back. Which not only looks good, but it also makes it easier to hold onto the Galaxy S20 Ultra.

This is a dual-layer case. So there’s the soft shell that goes against your phone to protect it. And then there is a hard bumper that goes around the outside. This reinforces the sides and corners so that you won’t need to worry about your Galaxy S20 Ultra incurring damage when it is dropped. And you get all of this for $14.

The kickstand really comes in handy for the Galaxy S20 Ultra, since it has that amazing looking Quad HD+ display, giving you a really great entertainment experience. And with the kickstand built-in, you won’t need to hold the phone the whole time.

It only comes in black, which is perfectly fine anyways. And it does add some nice protection, making it a really good case to grab.

This is a polycarbonate or a hard case from Nillkin. It does look pretty nice on the Galaxy S20 Ultra though. But with it being a hard case, it does add more protection to your smartphone. And for a lot of people, that’s exactly what they want.

It does come in a number of different colors, including black, blue, red and many more. The black option is likely going to be the most popular.

with this being a polycarbonate case, you are sacrificing some grip, for some added protection. So do keep that in mind before you make your purchase.

The Otterbox Commuter Series is the perfect case for the clumsy person, or someone that drops their phone a lot. It’s a fairly thick case, that offers a ton of protection for your phone. So that when it is dropped, you don’t have to worry about it breaking.

This is also a dual-layer case, with a soft shell going against the Galaxy S20 Ultra, and then a harder shell on the outside that can absorb the shock when the phone is dropped – by mistake of course. It does come in a few different colors, in case you don’t like this mint one here.