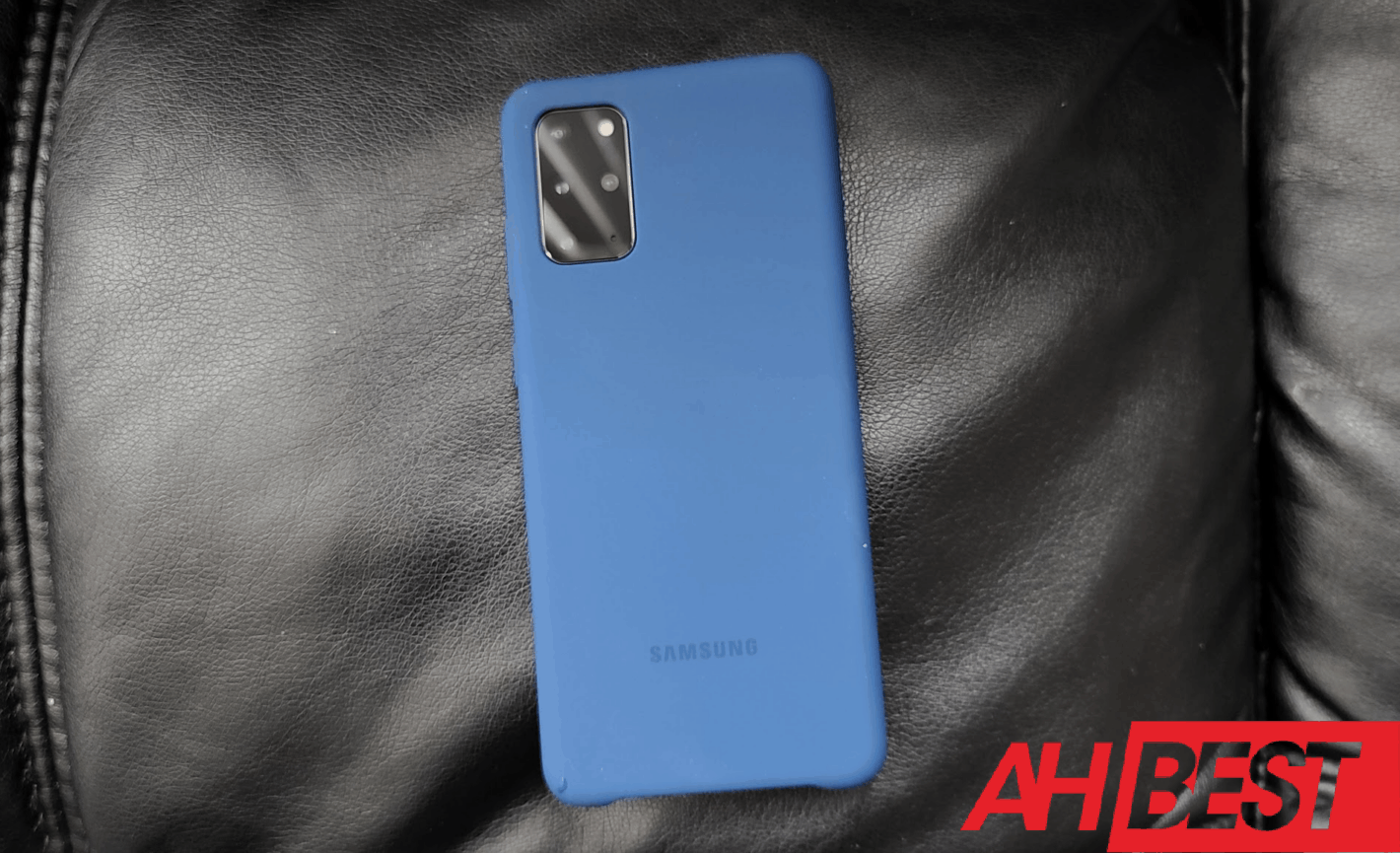 The Galaxy S20 is a fragile and expensive phone. Starting at $999 (regular retail price, it can be found for around $500) and being essentially a glass sandwich. Which means that you’re going to need some protection for this new smartphone. There are a ton of cases available for the Galaxy S20 already, with more coming in the next few weeks. We’ve rounded up the cases that are the absolute best for the Galaxy S20 right now.

From flip cases, to leather folios, to TPU cases, we’ve got everything you might need for your Galaxy S20 right here.

It’s important to mention that this list only has Galaxy S20 cases, not Galaxy S20+ or Galaxy S20 Ultra cases. Those will have separate lists.

While the Galaxy S20 pre-orders have not opened just yet, now is still a good time to grab a case or two. So that your case(s) will be in your hands before your Galaxy S20 is. Allowing you to take your Galaxy S20 out of the box and put it in a case. That way there’s less of a chance that it gets dropped or damaged.

Caseology has been using a 3D pattern on the back of the Parallax, which not only looks cool, but it also gives it some grip. Making it easier to hold onto your Galaxy S20 smartphone. That’s definitely a good feature to have.

While the Parallax is still a bit on the thicker side, it does a good job at protecting your Galaxy S20, and let’s face it, that’s why you bought this case.

The Otterbox Commuter series is a really great case for those that are clumsy, and aren’t great at holding onto their phone. Or just want to make sure that their $1,000 phone stays in good shape.

As expected, the Otterbox Commuter is a fairly thick case. But this offers a ton of protection for the Galaxy S20, which is good to see. There is a lip over the display, so that if it is dropped and the display hits the ground, it should be pretty well protected.

Now while the case is fairly thick, it doesn’t block the camera. Specifically the ultrawide camera. This is because the camera module is beveled, so the case stays out of the way. So it won’t affect how you use your Galaxy S20 at all. And that’s an important thing to a lot of people. This isn’t a cheap smartphone case, but it is definitely worth the investment if you have trouble keeping your phone in decent shape. Having a shattered screen is no fun.

Some people hate cases, but know that they are needed to make it easier to hold onto their phone and keep it in good shape. That’s where a thin case like this one comes in. The Totallee Thin Case is so thin that you’ll forget that it is even there. And that’s a great thing.

It’s super thin, and kind of ironic that it comes on this list after the Otterbox Commuter Series case. It comes in a froster color, black and clear. So you can choose to still show off the color of your Galaxy S20, or to hide it and just go with black. And where the colors aren’t that spectacular this year, clear cases aren’t as big of a deal for the Galaxy S20.

Totallee has continuously put out some of the best clear and thin cases on the market, and it’s no different this time around with the Galaxy S20.

This is another pretty rugged case for the Galaxy S20. It’s a bit thinner than the Commuter Series case from Otterbox. But it has a PopSocket built-in. Where the majority of us will install a PopSocket on the Galaxy S20 anyways, it’s a good idea to get a case with one built-in. Then you don’t have to worry about it falling off and whatnot.

The Symmetry case is still fairly thick, so it is going to do a really good job at keeping your phone nice and safe. Especially if you do end up dropping it. There’s still a lip over the screen to keep it safe. And seeing as that is the most expensive part of the phone to replace, that’s a really good thing.

This case is one of the more expensive models on this list, but at $60, it is definitely worth it. Since you are getting a rugged case and a PopSocket all in one.

Spigen once again graces our Best Galaxy S20 cases list, as it has on many other devices. The Spigen Liquid Air is a really good choice for a number of reasons. Firstly, it is still pretty thin. But it also looks good and adds some grip, so you don’t have to worry about it possibly slipping out of your hands. That is very important.

Spigen uses a triangle pattern on the back of the Liquid Air, so it gives you some grip. Much better than just having glass, which can be very slippery.

It’s still very thin, not quite as thin as the Totallee case that is also on this list, but pretty close. And in black, it’ll look good on all of the different colors of the Galaxy S20 smartphone. So there’s that.

The Ringke Fusion X case is also a durable case for the Galaxy S20. On the scale of durability though, it’s probably about a 6, compared to the Otterbox Commuter series case. But it is also about a fifth of the price, coming in at just $8. So if you need a semi durable case, at a cheap price, the Ringke Fusion X case is a really good idea for a case for your Galaxy S20.

As you can see in the picture above, the Ringke Fusion X case has reinforced edges and corners. This is important because most of the time when your phone falls out of your hand, it hits the side or the corner of the device. So reinforcing that side means that the case will take the damage instead of your smartphone. And that’s very important.

It’s also a clear case, to an extent. Allowing you to still see what the phone looks like, even with the case on the Galaxy S20.

The Spigen Rugged Armor is a tried and true case. It’s one that has shown up on our best cases lists for years, and it’s no surprise that it is here on the Galaxy S20 as well.

This case is a bit thicker than the Liquid Air case from Spigen, but it feels really good in the hand. It uses carbon fiber at the top and bottom, giving it a rather unique look. While the rest of the case is in all black. So you don’t have to worry about whether it will go with the color Galaxy S20 you picked up.

It adds some weight and some grip to the Galaxy S20 too. It has a slight lip over the screen to protect the screen from getting damaged, if you do drop the phone by any chance.

This is the Silicon Cover that Samsung puts out for the Galaxy S and Note smartphones every year. It’s a somewhat flexible case for the Galaxy S20 that is going to make it easier to keep your phone protected, while also keeping it looking great.

Samsung does offer the Silicon Cover in many different colors. Including black, blue, navy, pink, white and gray. To match just about every color of the Galaxy S20 possible, which is nice to see.

This does have a slight lip over the display, though it’s not as big as some of the Otterbox cases that are on this list. It will do some protection, but not quite as much as the rugged cases on this list.

For those that prefer leather wallet folio cases, this is the one to get for the Galaxy S20. It’s a PU Leather case, so it’s not real leather. Which also explains its price tag of just $12.

The AMZLIFE PU Leather Wallet Case is a pretty good looking case actually. It’s black and brown. And it has plenty of space for you to go ahead and put in your credit and debit cards, and even your ID. So you don’t have to worry about carrying around a real ID anymore.

And at just $12, this is definitely a good leather wallet folio case to pick up.

The Caseology Vault is a really good option for those that just want a matte black case. Which, is likely most of the fellas out there. It doesn’t really have any sort of pattern on the back, but it does have a texture that makes it easier to hold onto the Galaxy S20, which is of course pretty important.

This is a somewhat thick case, though it’s not as thick as some of the others on this list – we’re looking at you Otterbox. It does add some protection to your Galaxy S20, so you won’t need to worry about it falling and breaking. That’s always important.

This is a really good option for those that just want a plain case, but one that does make it easier to hold onto your smartphone.