QLED is quickly becoming one of the more popular TV technologies out there. Many prefer it over OLED, since it provides a lot of the same benefits as OLED, but without screen burn-in and often times at a lower price. OLED is still the holy grail, but of course there are some issues with it.

Currently, Samsung is the biggest TV maker doing QLED TVs, so in this list of the best QLED TVs, it’ll be dominated by Samsung. But TCL has also released a couple models as well. Which also means those are Roku QLED TVs.

We have listed nine of the best QLED smart TVs that are currently on the market, down below. These range from smaller TVs, to larger ones, as low as $549, all the way up to several thousand dollars.

There’s even a 8K QLED TV available in this list. 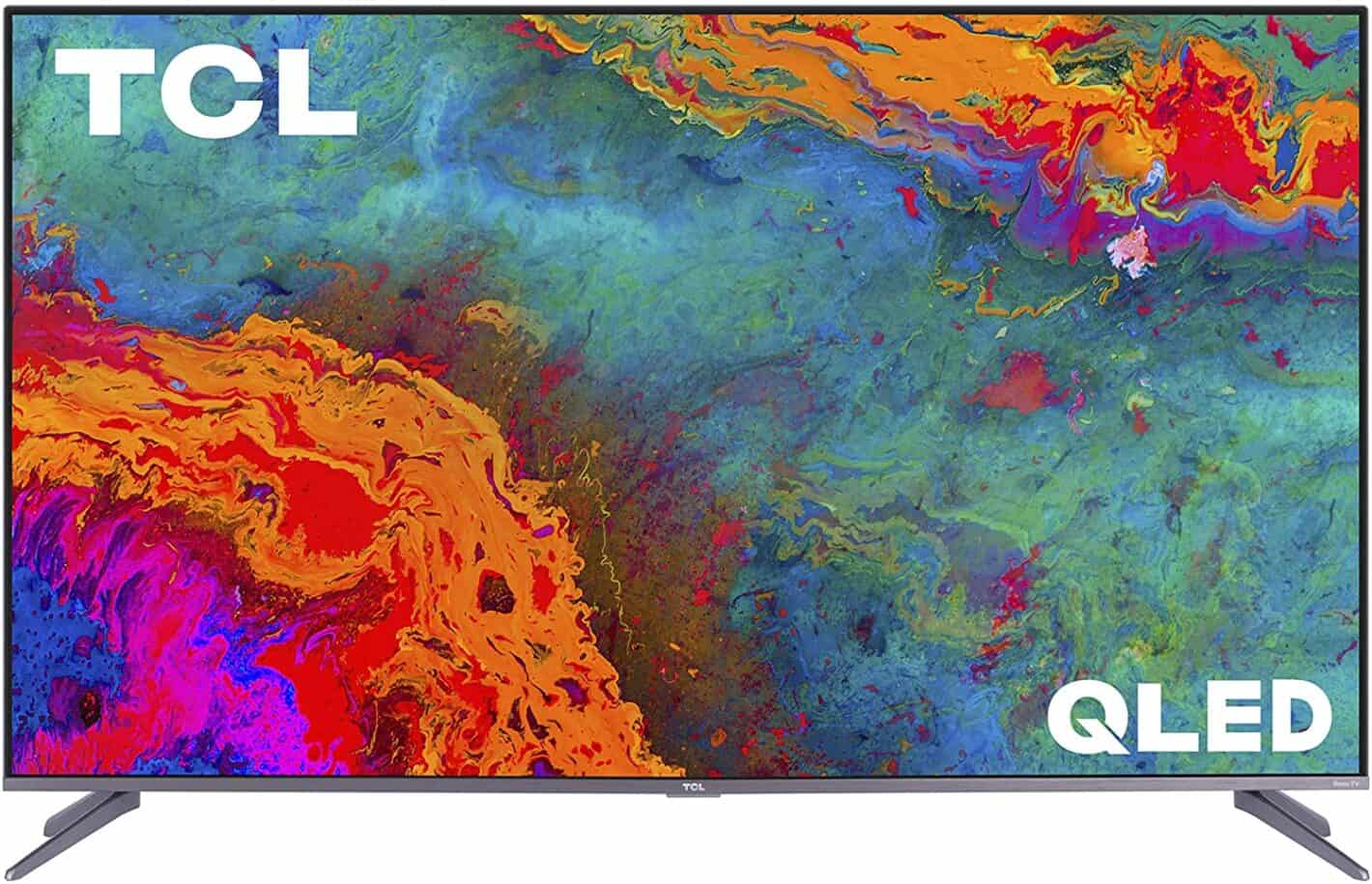 This is the cheapest QLED TV on this list. And that mostly comes down to the fact that TCL does sell their TVs almost at cost. It’s how they’ve become so popular.

The 5-Series has support for Dolby Vision HDR, as well as HLG and HDR10. There’s also an auto-game mode available for optimized fast-response gaming experience. Making it great for those that just picked up the PlayStation 5 or the Xbox Series X.

Of course, Roku is built-in here. Allowing you to watch all of your favorite TV shows and movies here without any issues. Roku works with Chromecast, Google Assistant, Amazon Alexa and even AirPlay. Making it super versatile. 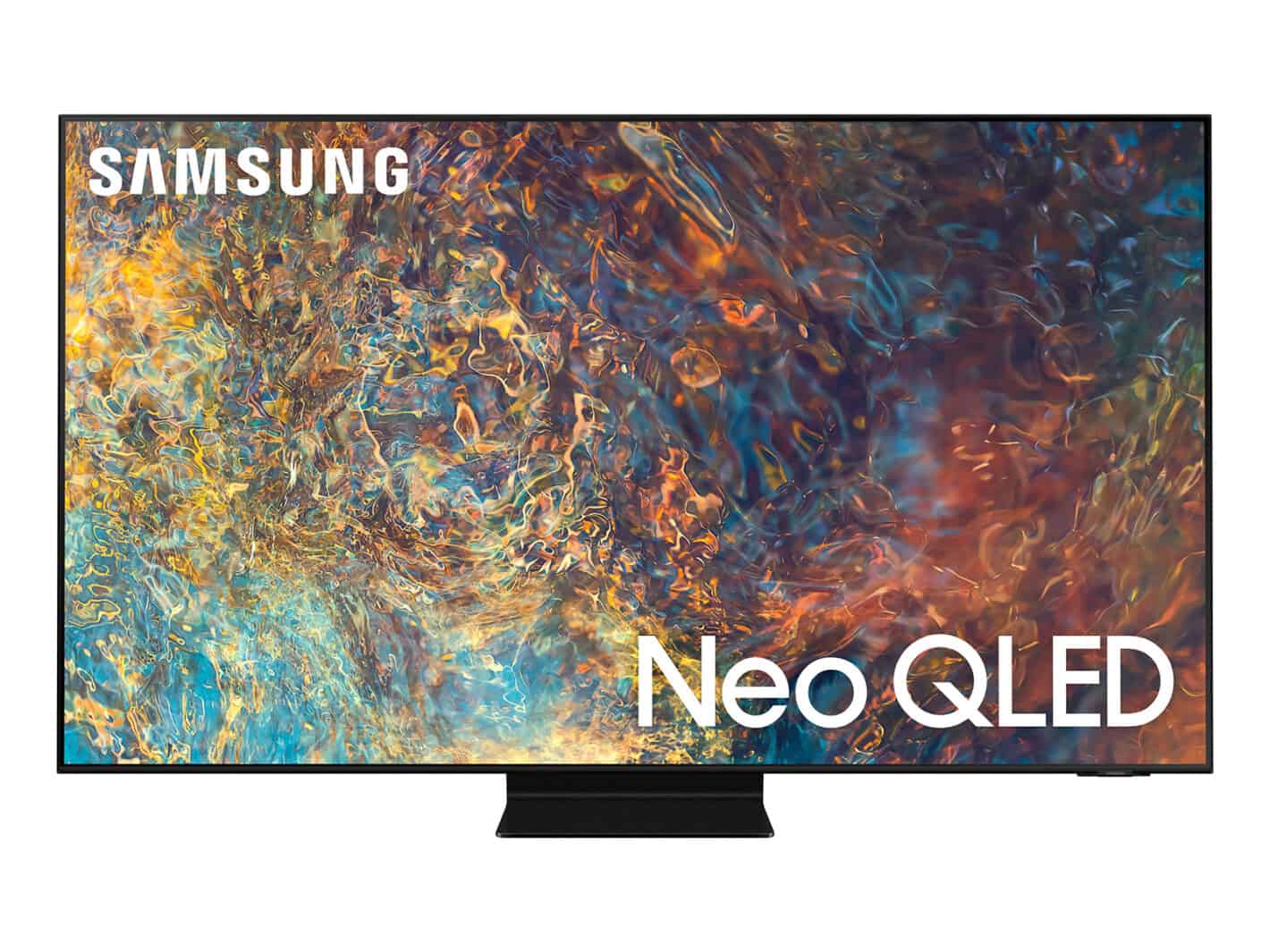 This is the 2021 release of the lower-end Neo QLED TVs from Samsung. It comes in a variety of sizes ranging from 50 to 85-inches. So there’s something for everyone here.

Neo QLED is a sort of new technology that Samsung started using in 2021. This means that it uses Mini LEDs instead of just regular LEDs. Making it a much improved picture over the older models. It’s also brighter, without appearing washed out.

Samsung has AI upscaling available here, thanks to the Neo Quantum Processor 4K. Which ensures that you always get full 4K resolution on your TV. This Neo QLED TV is actually slightly cheaper than the QN90A series, but it also doesn’t come in the smaller size. You still get to enjoy all the benefits of Neo QLED here though, which is nice.

The Neo Quantum Processor 4K will upscale non-4K content to 4K resolution. So you can really take full advantage of this impressive looking display. This is a rather unique QLED TV. This is what Samsung calls “The Frame”. Basically, the bezels are the same width on all four sides, and you can use this as a picture frame when you’re not watching TV. And thanks to QLED offering realistic colors, it can really look like a painting.

That is also why The Frame comes in much more sizes, and smaller sizes, like this 32-inch QLED TV. So it’s a great way to get a smaller TV, with a great looking panel. This is another odd TV from Samsung. The Sero was announced at CES 2020, and it’s what Samsung envisions as the future for TV. Basically, the TV can rotate to landscape or portrait orientation. Allowing you to watch vertical videos on your TV. That also explains why it comes in just one size.

But this is still a QLED TV, running on Tizen. So all of your favorite apps are available on this one too. But it will take up more space than you probably expected it too. Since it needs to be able to rotate. This is one of the higher-end QLED TVs from the 2020 release cycle. So it’s not a Neo QLED TV, and that means it is using LED instead of Mini LED for the backlight. So it’s not quite as bright, but you won’t be disappointed with this. Especially since you can get it for under $1000.

It has the same upscaling that almost every 4K TV has these days. Allowing you to watch 1080p content at 4K resolution. It also runs on Tizen, which means your favorite apps are here. Like YouTube, Netflix, Hulu, HBO MAX and more. As well as support for Bixby, Google Assistant, Amazon Alexa, Chromecast, and AirPlay.