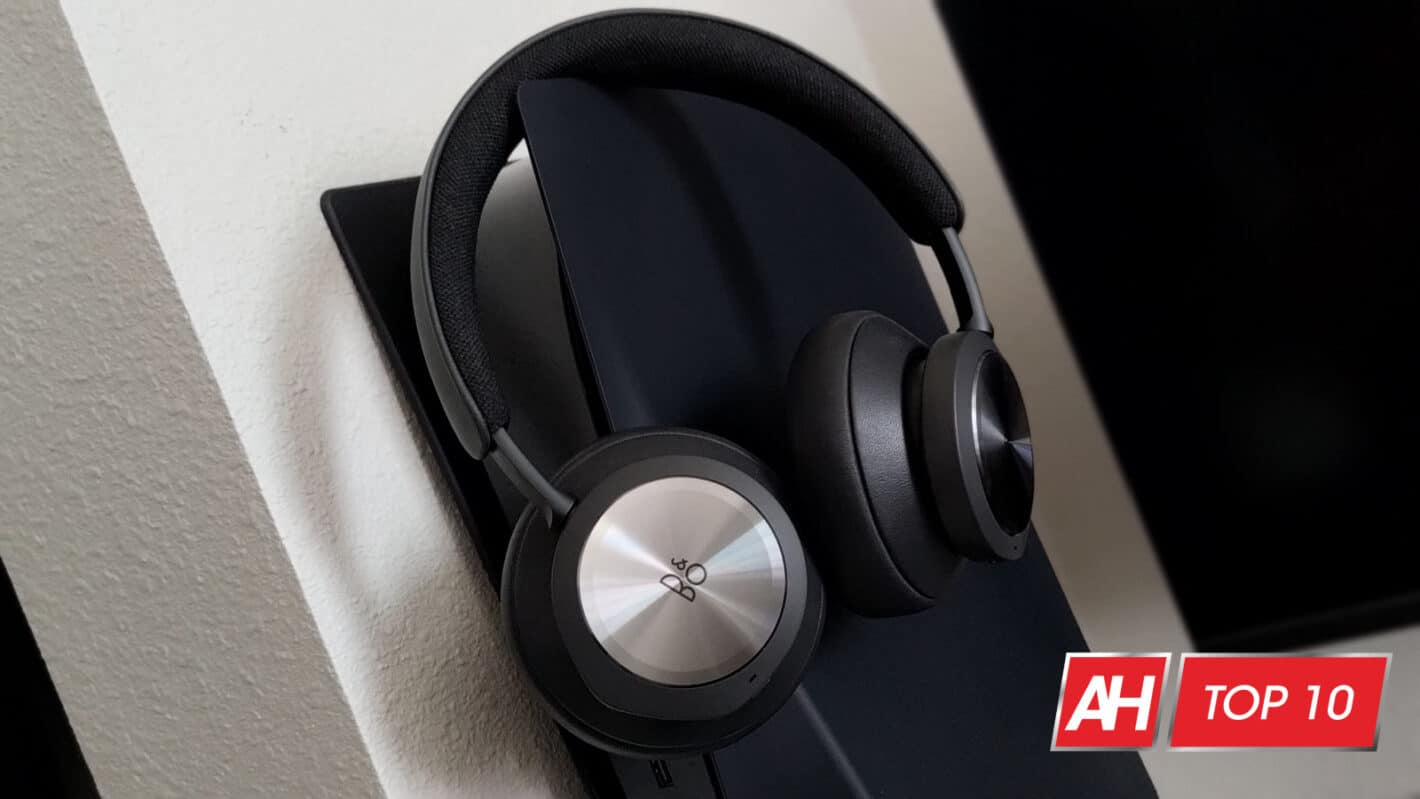 Now that the PS5 is out, you might be one of the individuals that’s on the hunt for the best headsets to pair with the console. Since the PS5 doesn’t support Bluetooth audio, that limits you a little bit in which headsets you can use, but not to worry because we’ve rounded up some of the best options.

This guide aims to save you time in finding the perfect headset to use for your PS5 gaming sessions. All of these are top-tier headsets for one reason or another, but that doesn’t mean that all of them will be expensive. In fact some of them are really rather affordable.

Not everyone likes using headsets while they’re gaming, which is understandable. But there are plenty of benefits to using one. Especially on the PS5. For example, you can’t take advantage of the 3D audio on the PS5 without using a headset.

It can also be hugely beneficial if you end playing games late at night. As the headset can help things stay quiet without you having to sacrifice hearing the game audio. If you’re searching for headsets for PS5, you can find all of our selections for the best headsets in the table below. 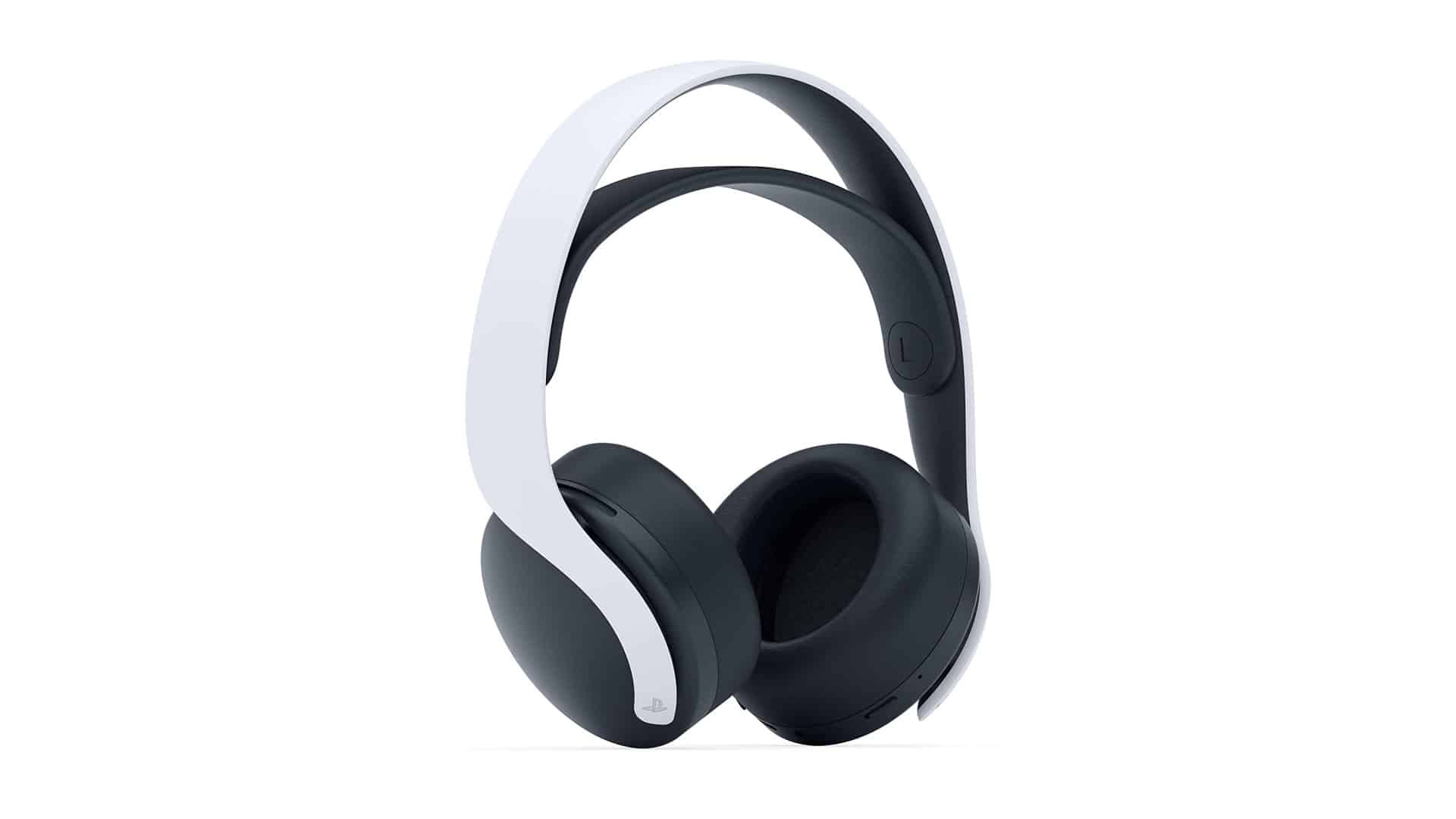 There are some major benefits to the Pulse 3D Wireless Headset over other options. For one, Sony designed this specifically for use with the PS5.

So you can bet that it was developed to take the utmost advantage of the console’s 3D audio features. Beyond the obvious reasons for considering this headset, the audio, the Pulse 3D Wireless Headset is also stylish and designed to match the aesthetic of the console.

It’s also cheaper than some of the other options on here, and of course it’s a wireless option. Which means you can kick back and play without having something tethered to your DualSense controller.

The only issue with the Pulse 3D Wireless Headset right now is that it’s out of stock many places. So it’ll be a little hard to get probably for the next few weeks or more. That being said, it’s still one of the best PS5 headsets to have, so it’s worth keeping an eye out to ensure you can snag it once it’s available. 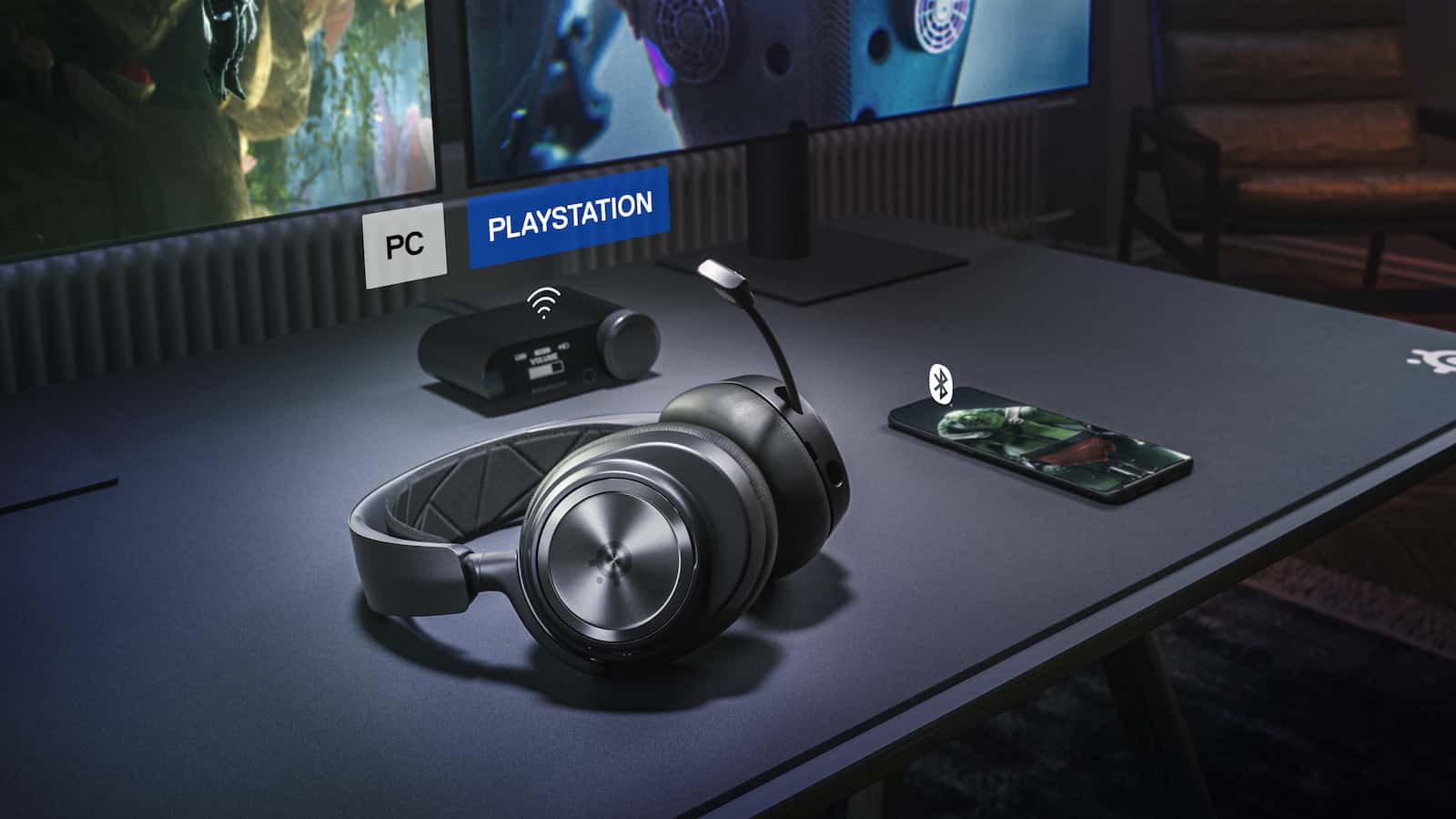 Next up is one of the clear contenders for the best overall headset. The SteelSeries Arctis Nova Pro Wireless. As the successor to the Arctis Pro Wireless, the Nova Pro Wireless has a lot to live up to. But it seems that it manages to surpass the older model with some pretty great upgrades.

For starters, it now comes with Active Noise Cancellation and a transparency mode. So you can either choose to block out anything but your game or let a little bit more sound in. The retractable mic also now sits flush with the headset earcup.

SteelSeries also got rid of the ski goggle headband and has made the headset extendable. It even comes with a slightly smaller gaming DAC than the last model. Which still lets you connect to two devices at once. So you can plug it into your PS5 and your PC. Best of all, it comes with two hot-swappable batteries so you can always keep one charged and never have to worry about the headset battery dying on you in the middle of a game.

All that said, the headset is certainly pricey. But you get what you pay for. And you’re paying for quality here. If you want one headset for basically everything, this should do the trick. You can also pick up the wired model for Xbox and save $100. Whether you go with wireless or wired, this is one of the best PS5 gaming headsets out there. 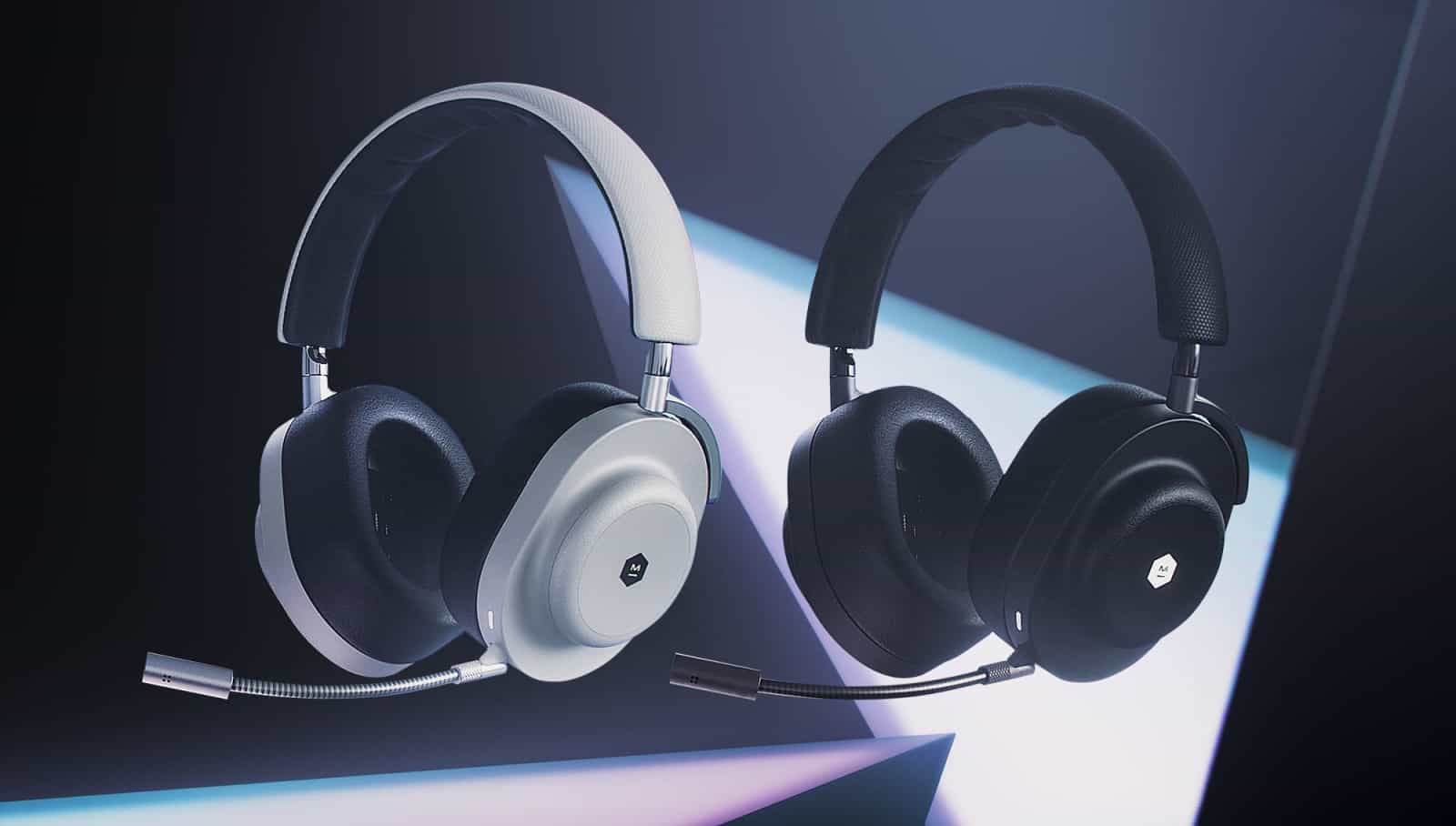 Xbox Series X|S has the Beoplay Portal headset, and now PS5 has its own luxury gaming headset in the Master & Dynamic MG20. While pricey at $449, you’re paying a premium for a super high-quality gaming headset that comes with just the right features. And trust us, you’re getting every single damn thing you pay for here.

For starters, Master & Dynamic is using materials like magnesium earcups, lambskin leather earpads, and an Alcantara and canvas-coated headband. Additionally, it comes with a detachable boom mic which comes with a pop filter, and it has a second built-in mic for voice calls or chat in a more casual setting.

It also comes with a low-latency adaptor, a premium carry pouch, and it uses USB-C for charging. There’s 7.1 surround sound onboard as well, and it comes with up to 22 hours of battery life. I could go on. As there are many more features that make this headset worth it. Sure, it’s $50 less than the Disc Edition of the PS5 console itself. But, you’ll be glad you picked it up if you want a more premium experience in your games. 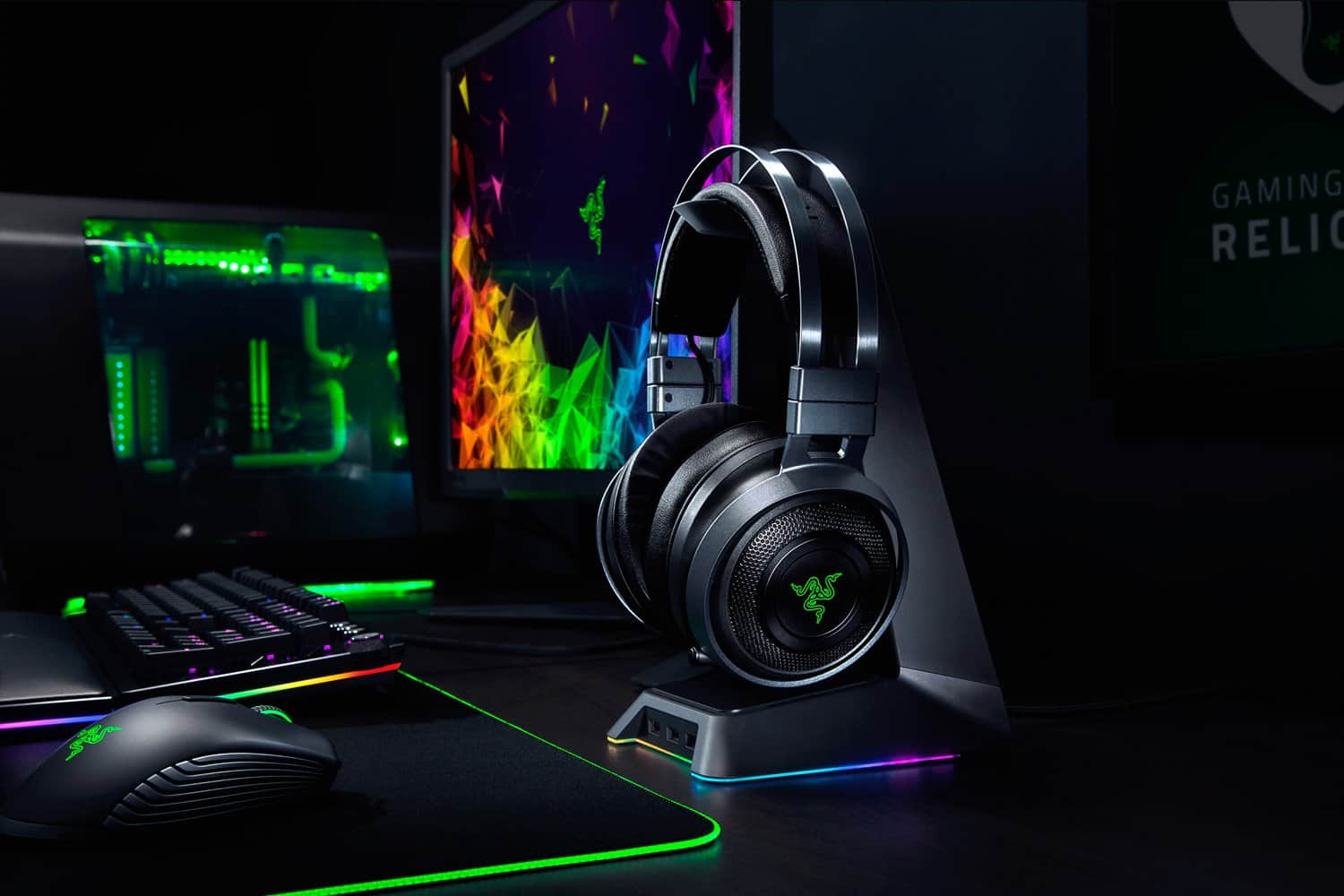 Razer is a tested name in gaming audio and has been for a long time. Starting with PC gaming, Razer has branched out into console and mobile gaming over the years, and the Nari Ultimate is one of the best PS5 headsets available because it’s one of the best PS4 headsets available. And all PS4 headsets will work with the PS5 wirelessly if they connect through USB dongles. Which the Razer Nari Ultimate does.

At $179.99 (down from $199.99), this headset is a definite bargain because it has loads of features to enhance your PS5 gaming sessions. Like the cooling gel-infused earpads to help keep you comfortable during longer sessions. The cooling gel also keeps your ears from sweating, or at least sweating too much.

It comes with a retractable mic with an easy-access mute button, as well as THX spatial audio for some great immersion in your games. And of course it can also be used with PS4, as well as PC. In addition to all these great features, the mic is noise cancelling so it only picks up your voice, and the headset has a 16-hour battery life on a single charge.

It also comes with Razer HyperSense, an advanced audio haptics feature that Razer announced alongside the Kraken V3 Pro. 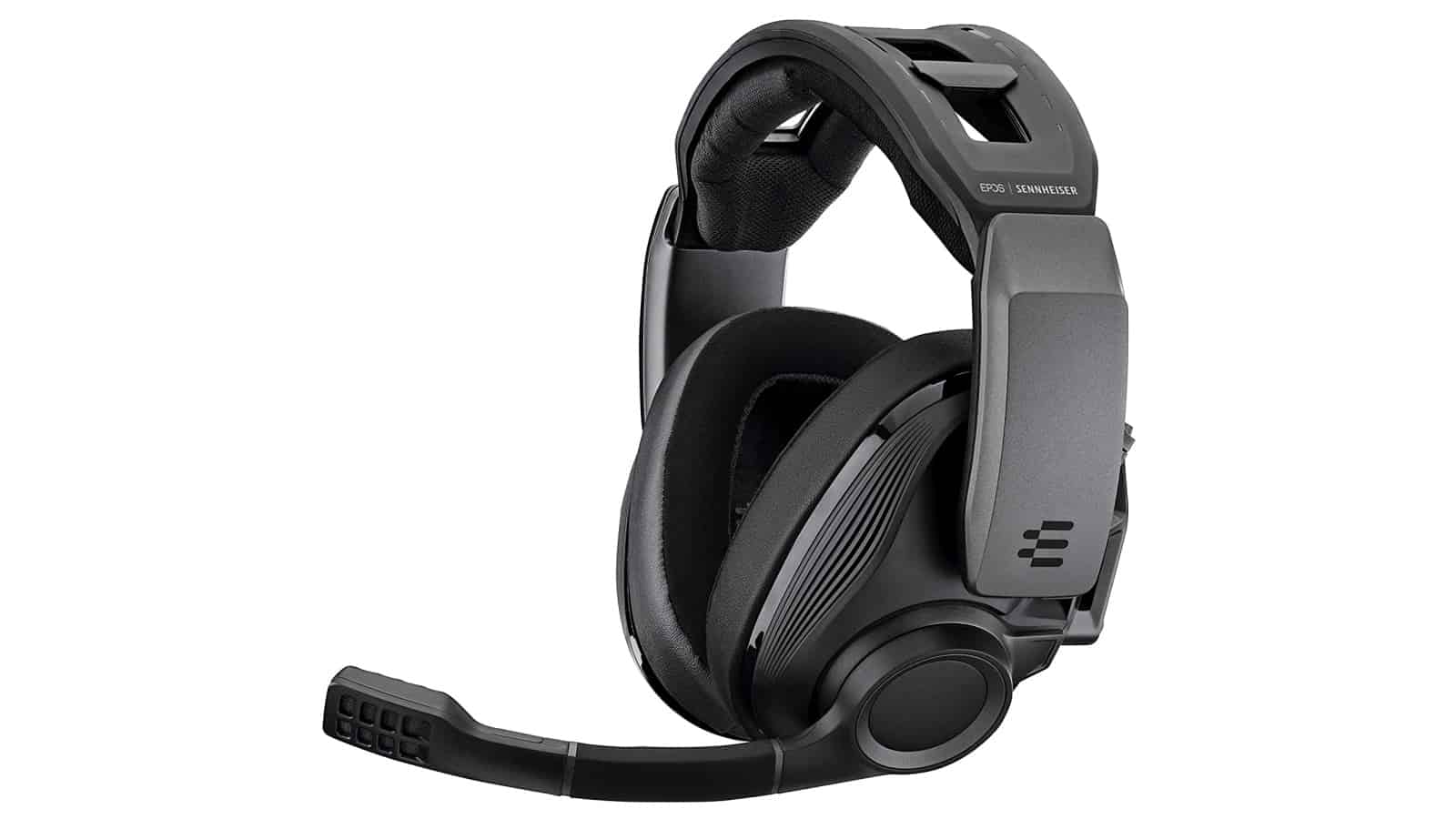 With not only the ease of use of wireless play, but the top-tier quality for audio that Sennheiser provides and is hard to beat.

One of the best features though is the separate dials for game and chat volume that let you independently adjust both of them. So you get the absolute perfect balance of both. This headset works extremely well on PS5. But you can also use it on PC, PS4, and there’s a Bluetooth option for mobile or other devices that support Bluetooth.

If you’re using it on PC, then you can even connect the headset to the companion software to increase the audio features and finely tune your sound to just the way you like it with different game and entertainment profiles. 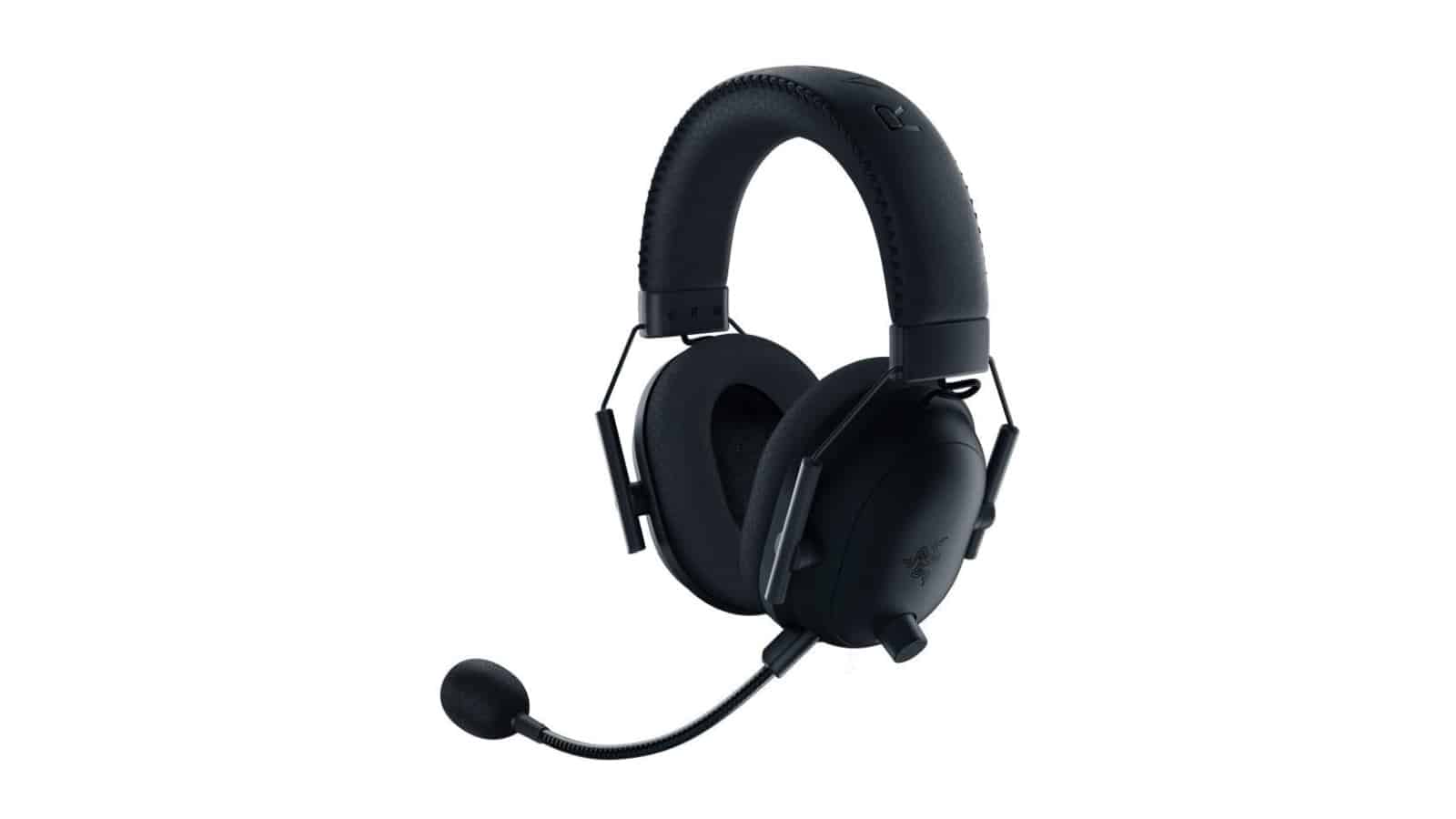 It also features Razer’s special cooling gel-infused earpads, and THX spatial audio for full gaming immersion. Beyond that, it comes with a detachable boom mic so it’s there when you need it, and it’s not when you don’t.

The Black Shark V2 Pro is also heavily used by Esports pros and competitive streamers. If you fall into that category of gamer, this might be the headset for you. Even if you don’t play at a pro level but you do play competitively, this is a headset to keep an eye on. 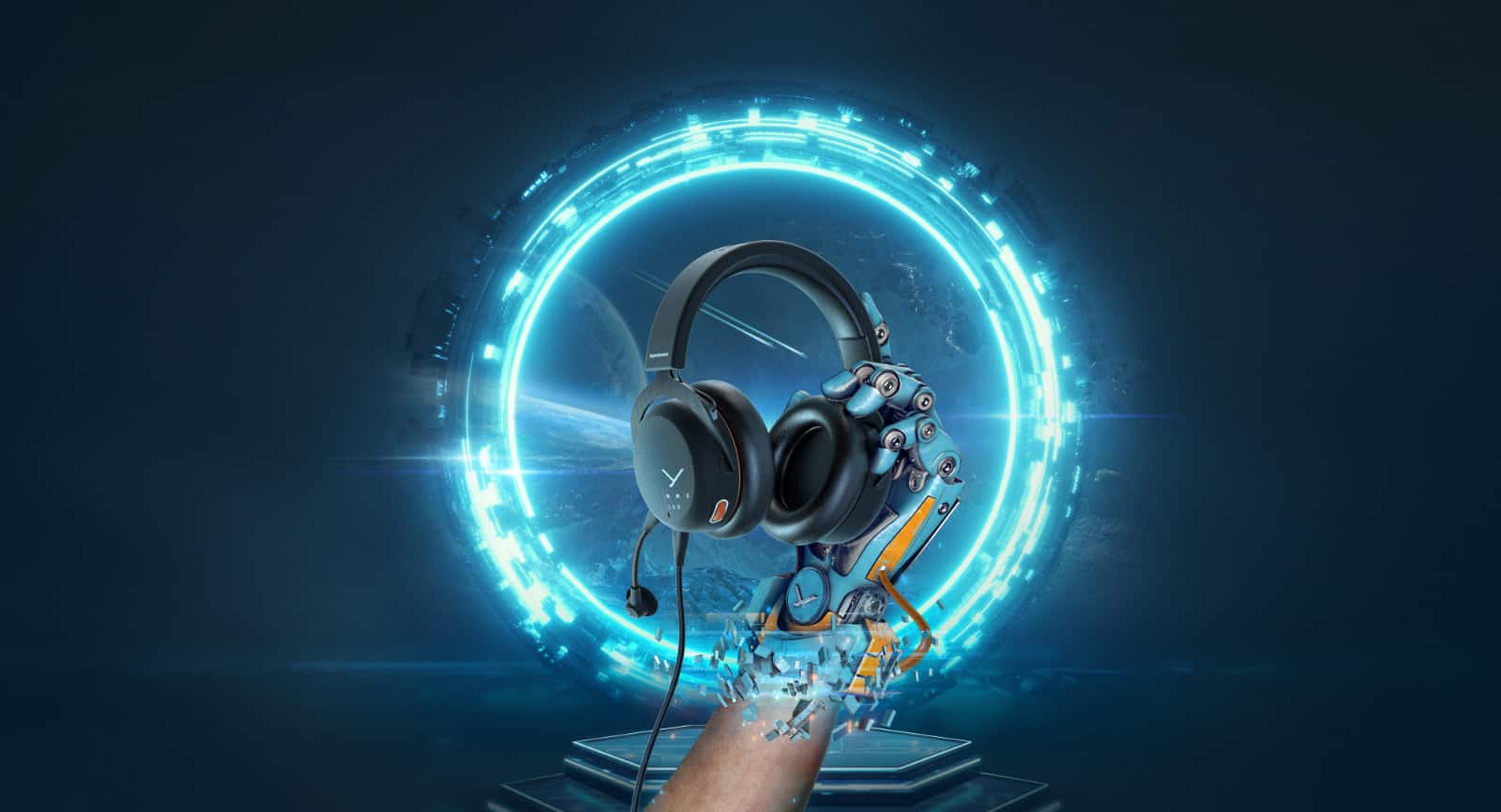 These two closed-back headsets from Beyerdynamic are some of the best you can get for around their price point. Which is $150 for the MMX 150 and $99.99 for the MMX 100. Fitting, we know.

Both come with detachable META Voice cardioid condenser microphones for vocal clarity, as well as an impedance of 32 ohms, dedicated volume dials for precise audio adjustment and more. And if you go with the MMX 150 you get the benefit of the augmented mode. Turning this on enables sounds from outside the headset to filter in some. So you can hear both the game audio and what’s around you.

Both headsets are wired so you’ll not have the freedom of a wireless headset here. But the comfort and sound quality are awesome and they’re both relatively affordable. 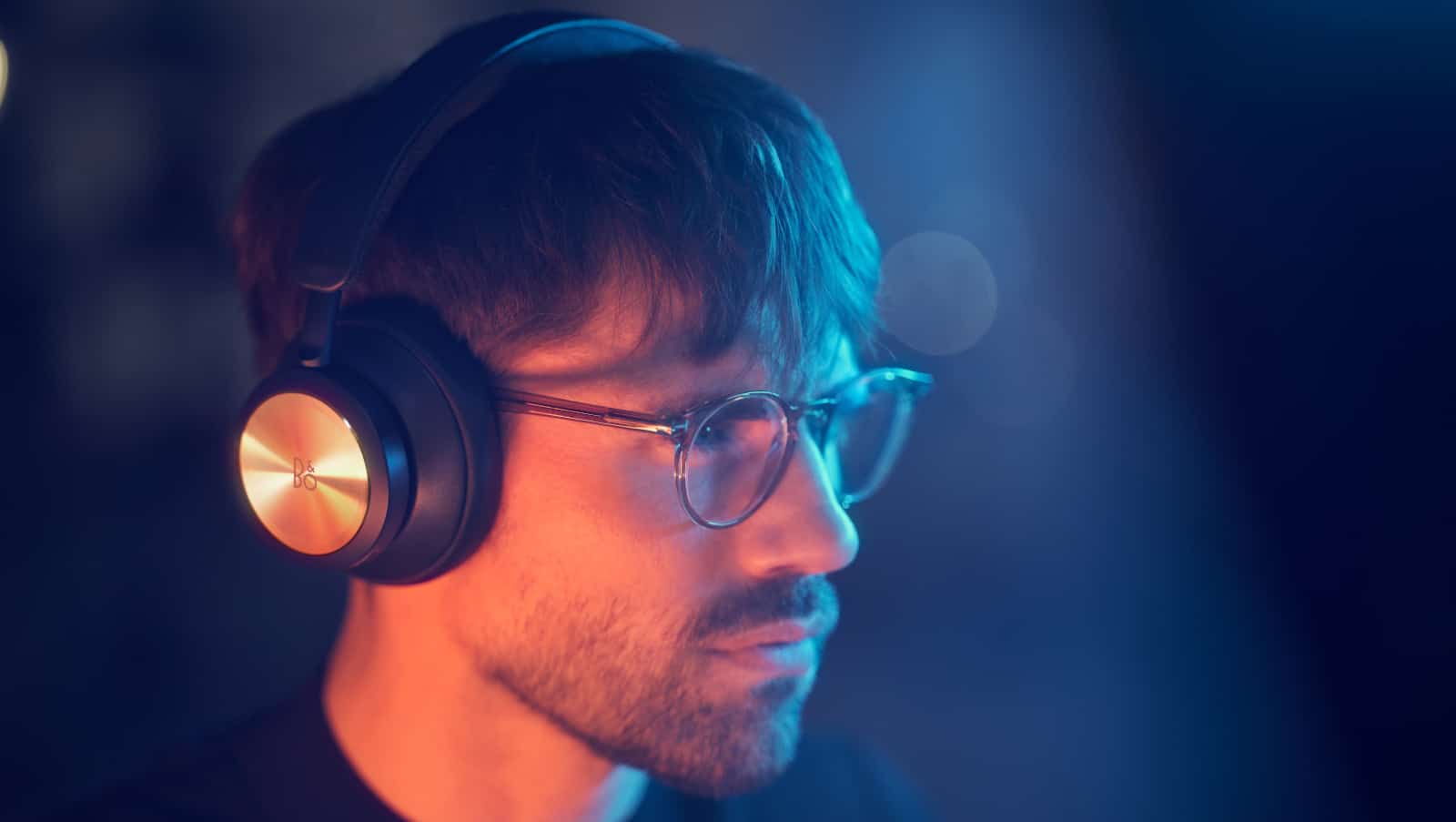 The Beoplay Portal is another high-priced headset for the PS5, but after spending a couple of weeks with it it definitely feels worthy of a high price. $499 might be a bit much, but that doesn’t take away from how good this headset is. While it was initially designed with Xbox in mind, Bang & Olufsen finally released a PS4/PS5 compatible version earlier this year, and it’s still compatible with PC and mobile too.

The design of its virtual boom mics makes it fairly discrete in terms of a gaming headset. Making it easy to transition from a gaming headset to your everyday driver for audio and media.

If you like having one headset for all things, this is another good option. Provided you’re willing to spend the money. The Beoplay Portal also comes built with premium materials for that ultra-luxury feel. It’s also fairly lightweight, comes with Active Noise Cancellation, and is pretty easy to connect and setup.

This model also comes with improved battery life. Bang & Olufsen rates it at up to 42 hours. The dongle is also now USB-C for a faster connection across devices. 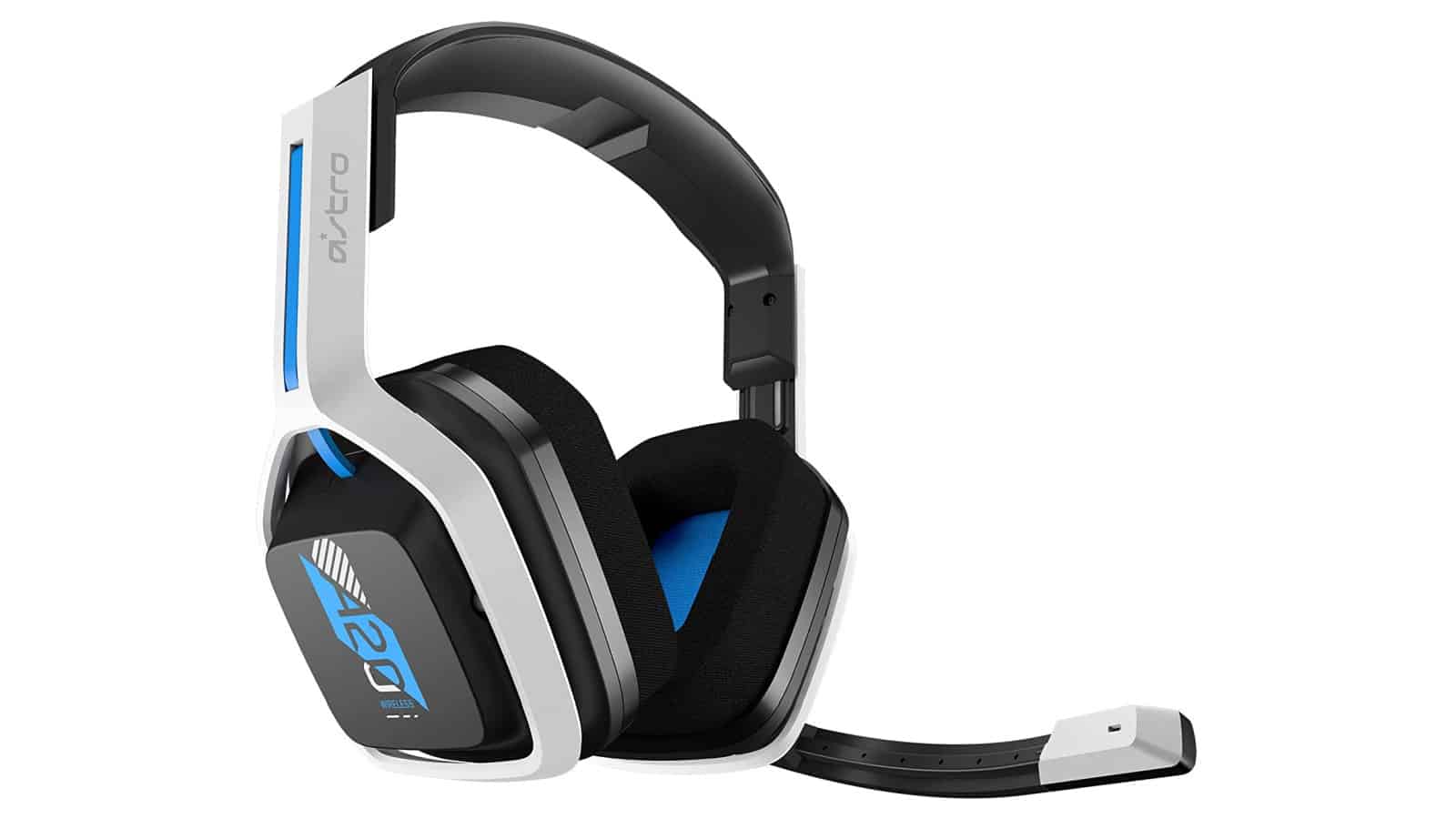 There’s a lot of good things about the Astro A20, but one feature that stands out is the 15-foot wireless range. This is excellent if you need to get up from the couch and run to the fridge for a bottle of water or some snacks. Provided the console isn’t too far from where your you’re trying to get to.

Like the GSP 670 it has the flip up boom mic that mutes automatically when you flip it up. As well as on-ear controls for volume and power. One thing that it offers that some of the others don’t though is the 3 different EQ presets. With these you can tweak the audio to be a better fit for the type of game you’re playing.

It has a 15-hour battery life, which is not bad but not the longest of all the options on here. So if you want something with more longevity, you might consider something like the Black Shark V2 Pro or the Pulse 3D Wireless Headset.

You can also use this headset with PC, and Astro boasts that it stays comfortable even after a long day of gaming. 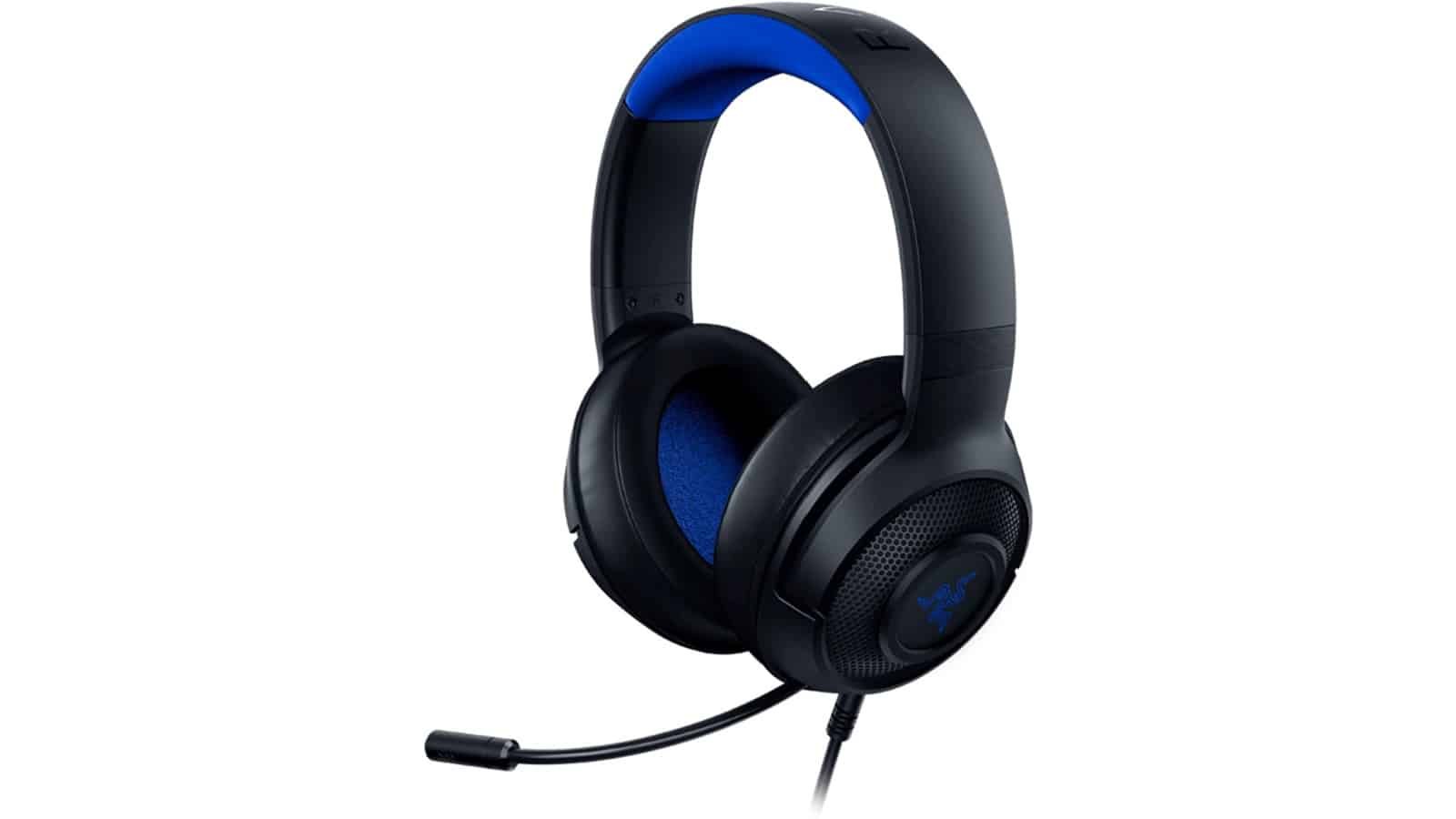 Rounding out our list is the most affordable option, but also still one of the best PS5 headsets. The Razer Kraken X for console was designed for use on consoles just like the name suggests.

And this one in particular has the black and blue color scheme of the PlayStation 4 as well as the PlayStation branding. This is a wired headset, so that is a big part of why it’s only $50. But if you don’t need anything fancy or you don’t mind plugging the headset into your DualSense controller, you can’t go wrong here.

It comes with 7.1 surround sound for positional audio during games, and a bendable noise cancelling mic for good placement and clear voice for your teammates. Worth noting though is that the 7.1 surround sound positional audio is only available when using this headset with PC because it needs the companion software to enable that. It still does offer great audio with the PS5 though. And did we mention it’s only $50?

Lastly, it comes with on-ear controls for volume and muting the mic.