So, you just pre-ordered your new Pixel 6, and you’re wondering what apps to pre-installed when it arrives. Well, most of you probably have a standard set of apps that you use on every phone, but if you’re looking for some suggestions, maybe we can help. In the list below, you’ll find our list of top 10 best apps, well, app suggestions for you to install on your Pixel 6 handset. We did our best to include some really well-known apps here, alongside some you may not have heard of.

You’ll find a lot of different types of apps here. We did that on purpose, to mix things up. For example, one of the apps allows you to bring double-tap to lock functionality to the Pixel 6 and 6 Pro. That is something the Pixel Launcher does not offer, unfortunately, at least not at the time of writing this article. You can easily bring it back with the app in question. That’s just an example, you’ll find all sorts of different apps below.

Below is a quick overview of the top 10 best Pixel 6 Android apps for 2021, including any download and in-app purchase costs. 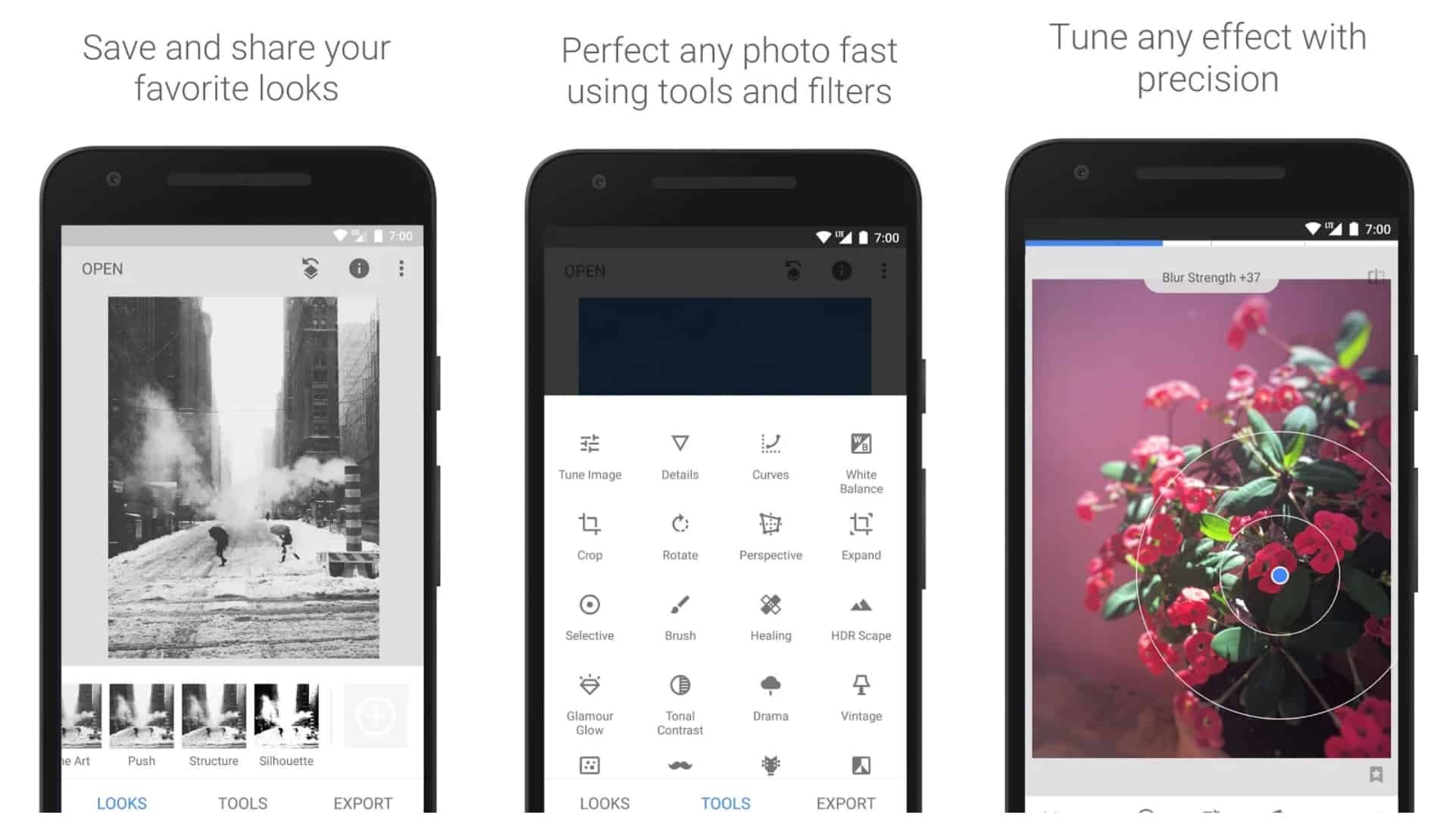 Snapseed is actually Google’s own app. Google bought this app quite some time ago, and it continued developing it further. At this point, it’s an immensely useful image editor, which allows you to edit images quickly. You can simply open an image in Snapseed, and utilize one of the filters that Google has. Those filters won’t just be pasted on top of your image, they come with pre-defined changes for images, changes to saturation, contrast, white balance, and so on.

If you’d like to manually edit an image, that can be done via Snapseed as well, without a problem. No matter if you’re looking to make a small change, or a gigantic one, this app has all the tools you may need. It’s a really solid app used by many users, though it’s not nearly as popular as some other image editing apps. This app is free and comes without ads, it’s definitely worth a try. 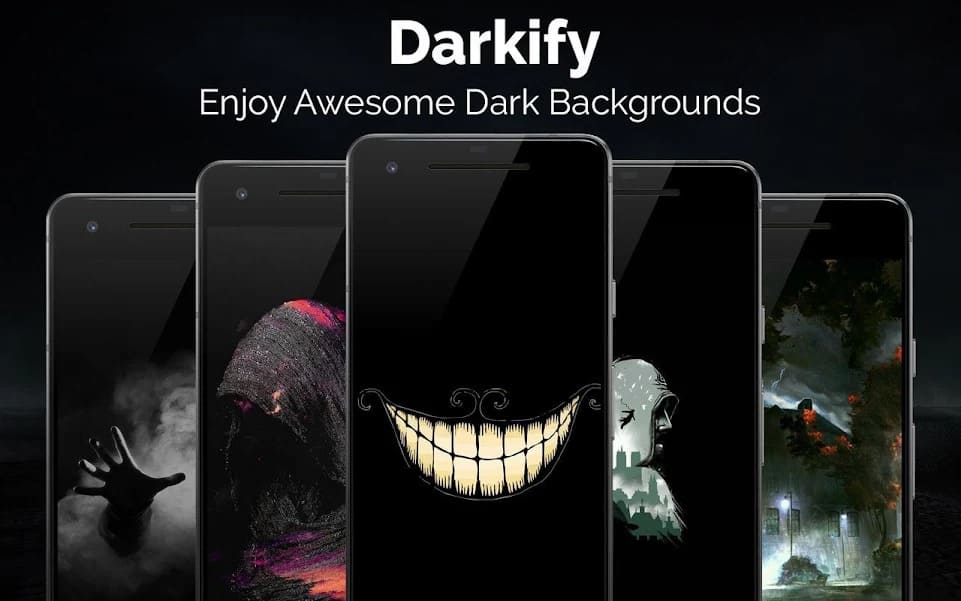 The Google Pixel 6 and 6 Pro comes with Android 12, Google’s latest version of Android. This OS comes with the all-new ‘Material You’ UI. Google does include some wallpapers on the device, but if you’re looking for something darker, Darkify is the app for you. This app brings you a collection of AMOLED wallpapers, basically. These wallpapers will not only allow for your app icons to be in focus, but they’ll also help you save battery life.

There are a lot of wallpapers included here, and new ones are constantly being added. The app’s UI is quite simple, as it should be, and the app is easy to use. You can either apply a specific wallpaper from the app directly, or you can download it to your phone. You will have to put up with some ads along the way, but that’s a small price to pay for the wallpapers this app provides.

Now, many people will find this idea repelling, as this will pull the attention towards that camera hole. Most people will likely try to hide it, and forget about it. Well, if you’re in the I-don’t-care camp, or you purposely want to pronounce that camera hole, Energy Ring can do that easily. It’s hard to deny that this looks really nice when activated, though the developer needs to enable the feature on the Pixel 6 series phones. That will likely happen soon. 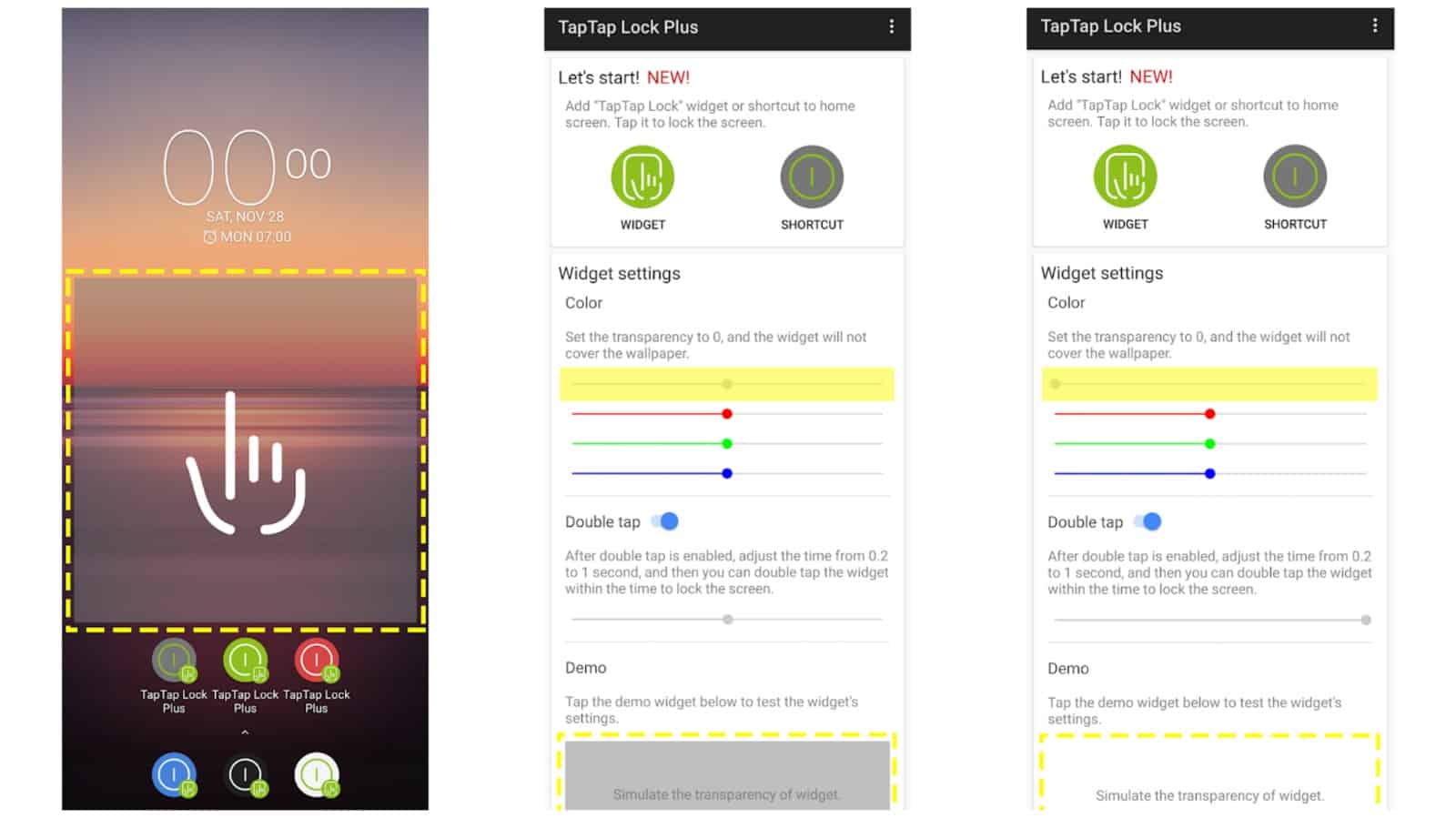 TapTap Lock is definitely one of the most unique apps on the list. This app essentially allows you to bring double-tap-to-lock functionality to the Pixel 6 and 6 Pro. The way it does this is quite interesting, it’s a workaround, but a good one. You will need to put a TapTap Lock widget on the home screen, but it’s invisible. So, wherever you aim to double-tap-to-lock, that’s where you’ll place it.

You can make that widget as big or small as you want, it’s up to you. Once you do that, you’ll be able to tweak some options, and you’ll need to enable accessibility access for the app. That’s it. You won’t need to use the physical power key to lock your Pixel 6 anymore, you’ll be able to simply double-tap-to-lock. This is functionality like the ones third-party launches bring to the table. 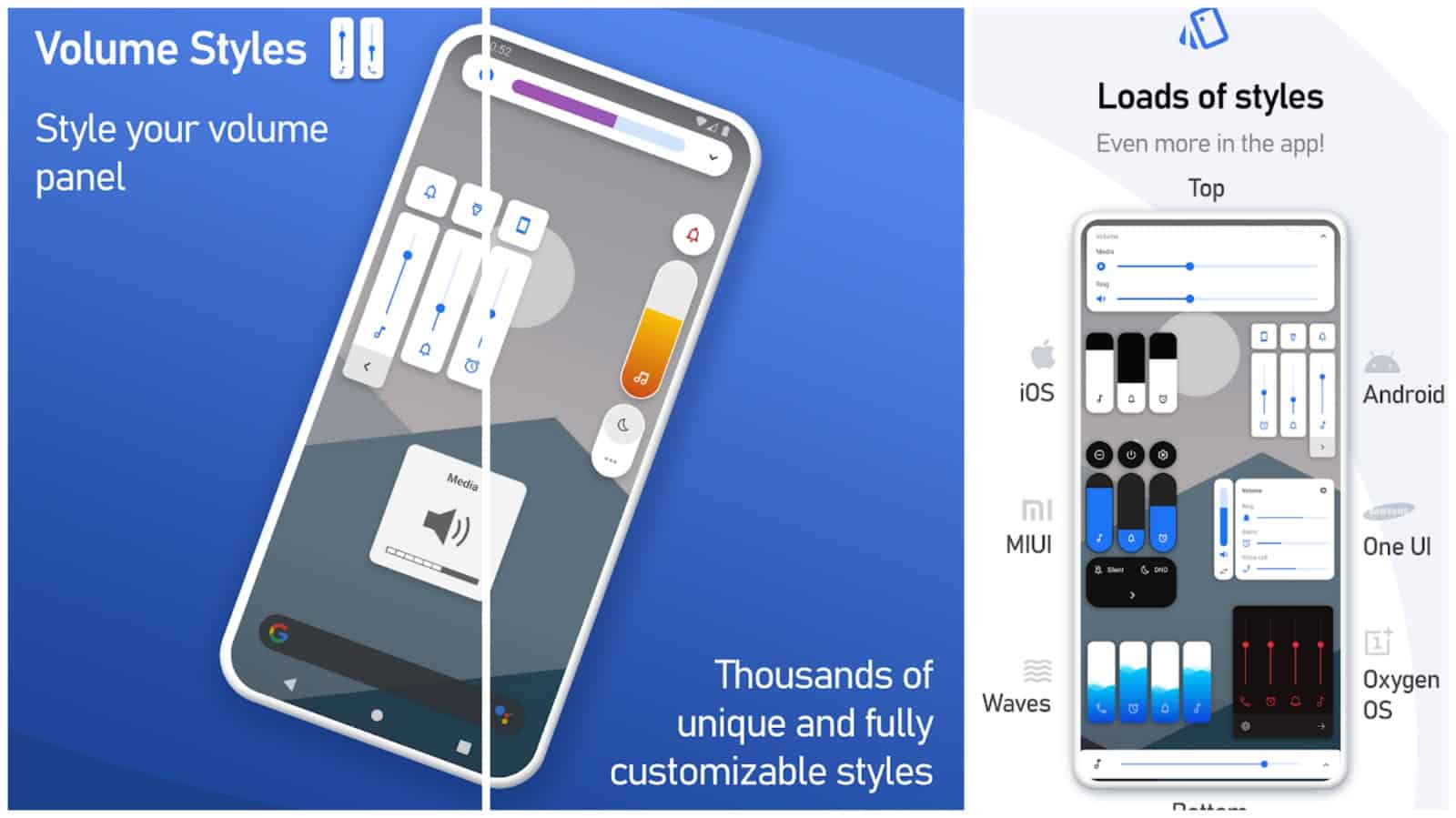 The Pixel 6 and 6 Pro received a brand new design thanks to Android 12 and Material You. As part of it, the volume panel got tweaked, and redesigned in the processor. If you don’t like the way it looks now, you can change that. That’s where the Volume Styles app comes in. This application will essentially allow you to tweak the volume panel to your liking, regardless of whether you like the one from MIUI or One UI.

You can now only change the way it looks, but you can make it more useful as well. This app allows you to add some additional shortcuts there. The app also includes a custom Style Creator, which allows you to customize things to the extreme, pretty much. You can even change the color of that volume panel, if you want, it’s up to you.

Twitter is one of the best-known social media apps out there. Thanks to Facebook’s recent struggles, Twitter managed to grow even more. The app has been consistently great when it comes to performance, and its community is not as toxic as on some other similar apps, though that’s arguable, of course. It does come with a dark mode, and a truly huge community of users.

If you’ve never used Twitter, getting used to it may take a while. Once you do get used to it, you’ll see the benefit. Twitter is definitely not a social media app that will fulfill all your social media needs, but you should consider using it. The app is great, it’s simple, it works great, and it always remembers where you left off when scrolling, which is really useful if you use the most recent view. 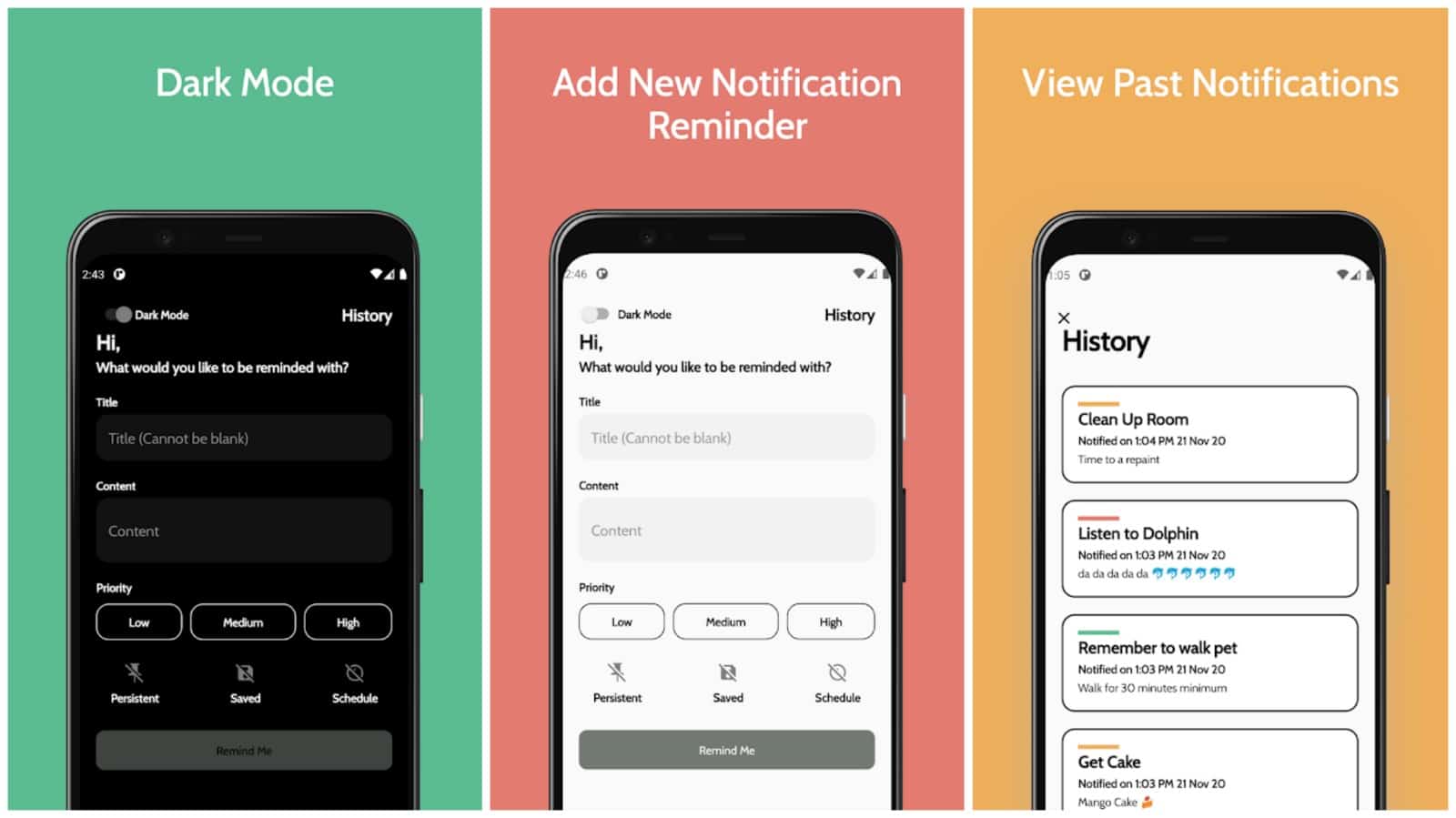 There are a lot of reminder apps out there. In fact, the reminder function is usually a part of some other apps, like a note-taking app, or a calendar app. Well, Remind Me is neither of those. Its sole purpose is to make sure you remember stuff. So, it comes with a really simple UI, which minimalists will appreciate. You can choose between light and dark mode here. It’s a really simple app, but it has all the features you’d expect. 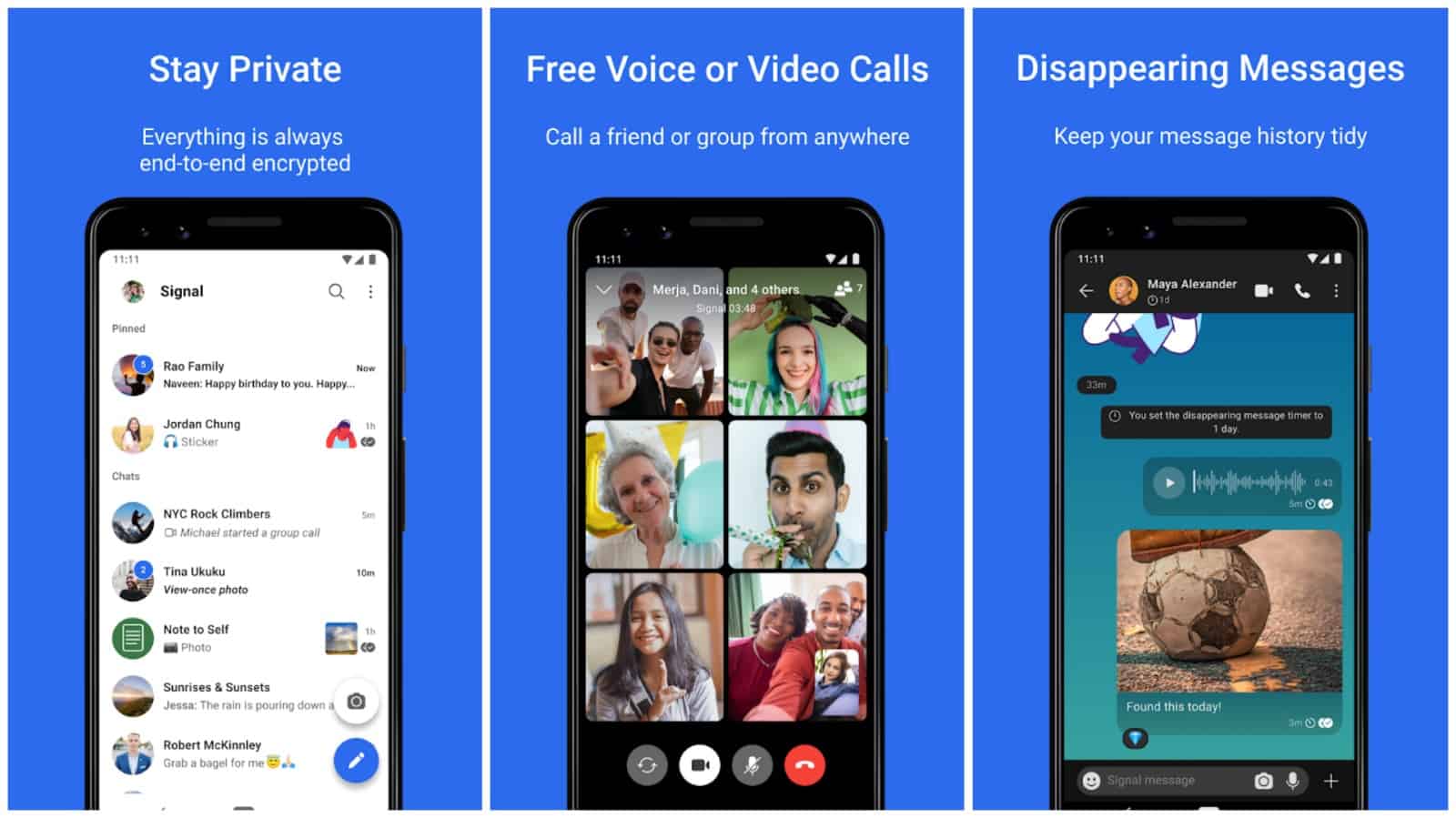 Signal is a messaging app. It’s quite popular, though not as popular as Telegram, Facebook Messenger, WhatsApp, and Viber. That’s a shame, though, because this is one of the most secure messaging apps available on Android. Not only does it offer end-to-end encryption, but it’s also an open source application, unlike all the others that we’ve listed. It has excellent end-to-end encryption powered by the open source Signal Protocol.

In Signal, privacy isn’t exactly optional, it’s there by default, that’s what the app is all about. On top of that, the app looks great, to say the least. It looks like a modern messaging app. It also offers all the features you’d expect out of a messaging application, ranging from various emoticons, and options for conversations, to group chats, voice and video calls, and so much more. 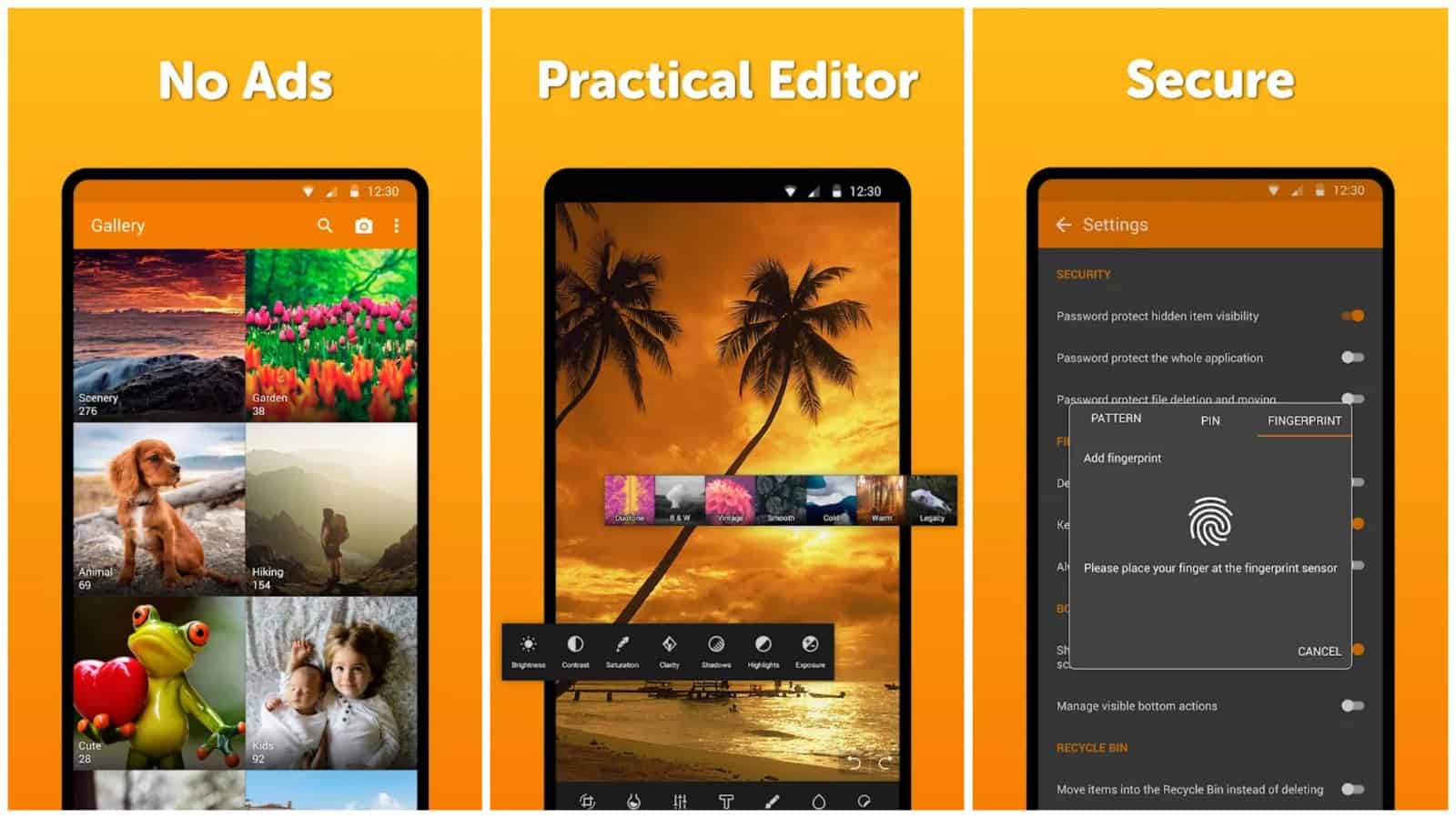 Simple Gallery is one of the best gallery apps for Android, without a doubt. It’s called “Simple”, and it is, in regards to the design. When it comes to features, though, this app is everything but simple. It offers a lot of features you’d expect, and some you wouldn’t expect. For access to all of those features, you may want to consider getting the “Pro” version of the app, which is also linked below.

That being said, even the free version of the app doesn’t include ads. This gallery allows you to view and edit photos without a problem. You can resize pictures, rotate them, rename them, and so much more than that. You’ll be surprised by the number of features included here. You can even decide whether you want to see the recycle bin in the list of your albums or not, the same goes for photo names, and so on. 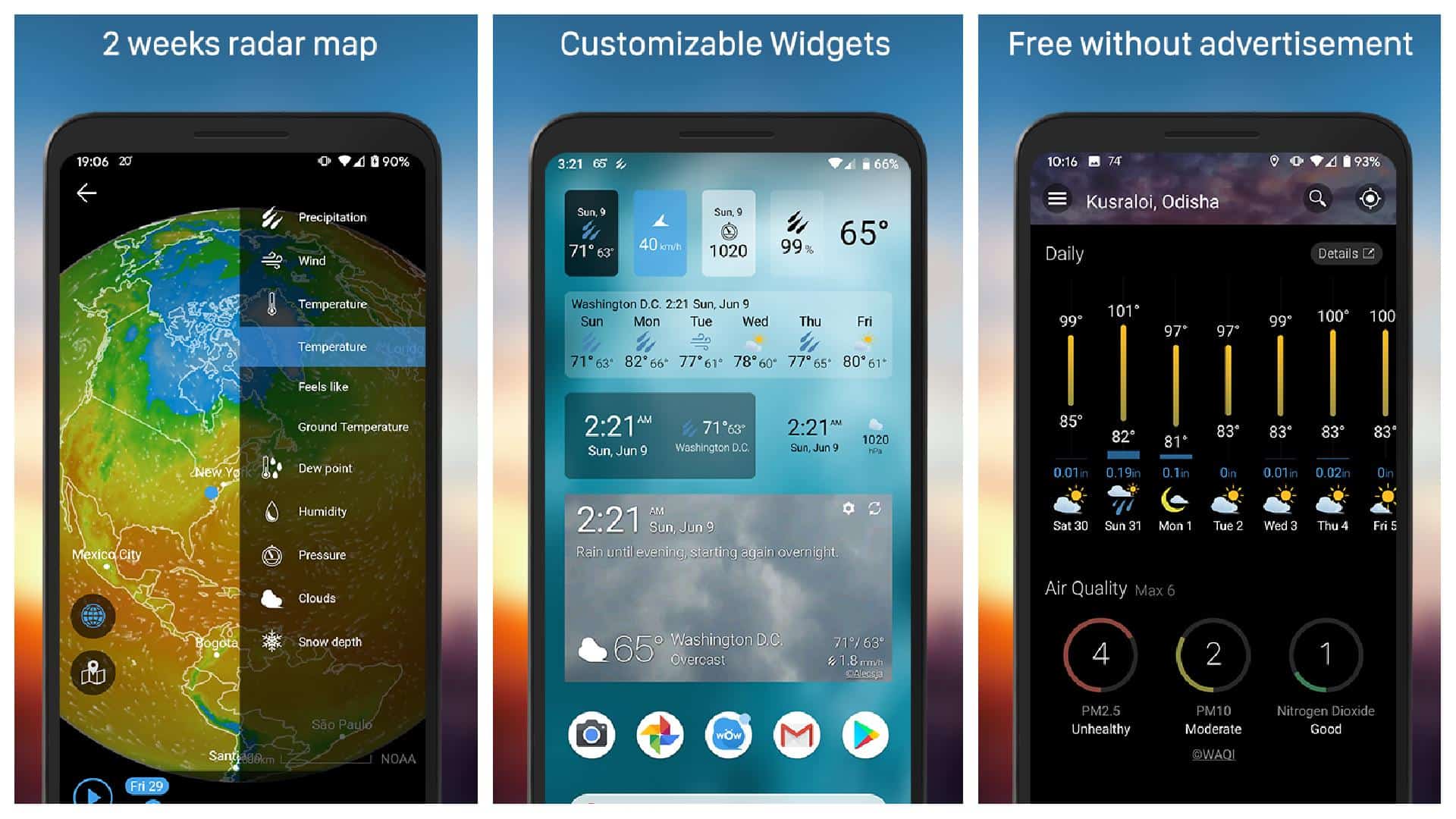 Having a good weather app is always a good idea. Well, Weawow is one of the best ones out there. This app is fairly popular, even though many people still haven’t heard of it. This application has a 4.9-star rating in the Play Store after over 400,000 reviews, which is saying a lot on its own. It offers a nice design, and a lot of features that you can delve into.

It will, of course, show you the weather for the day, and week, in detail. You’ll also see the temperature, and all related details. Sunset time, twilight, moon phases, cloud movement, wind movement, rain situation, wind speed, UV index, visibility, air quality, pollen… and so on. That’s just a piece of information that this app is able to provide. On top of that, it also comes with some useful widgets.