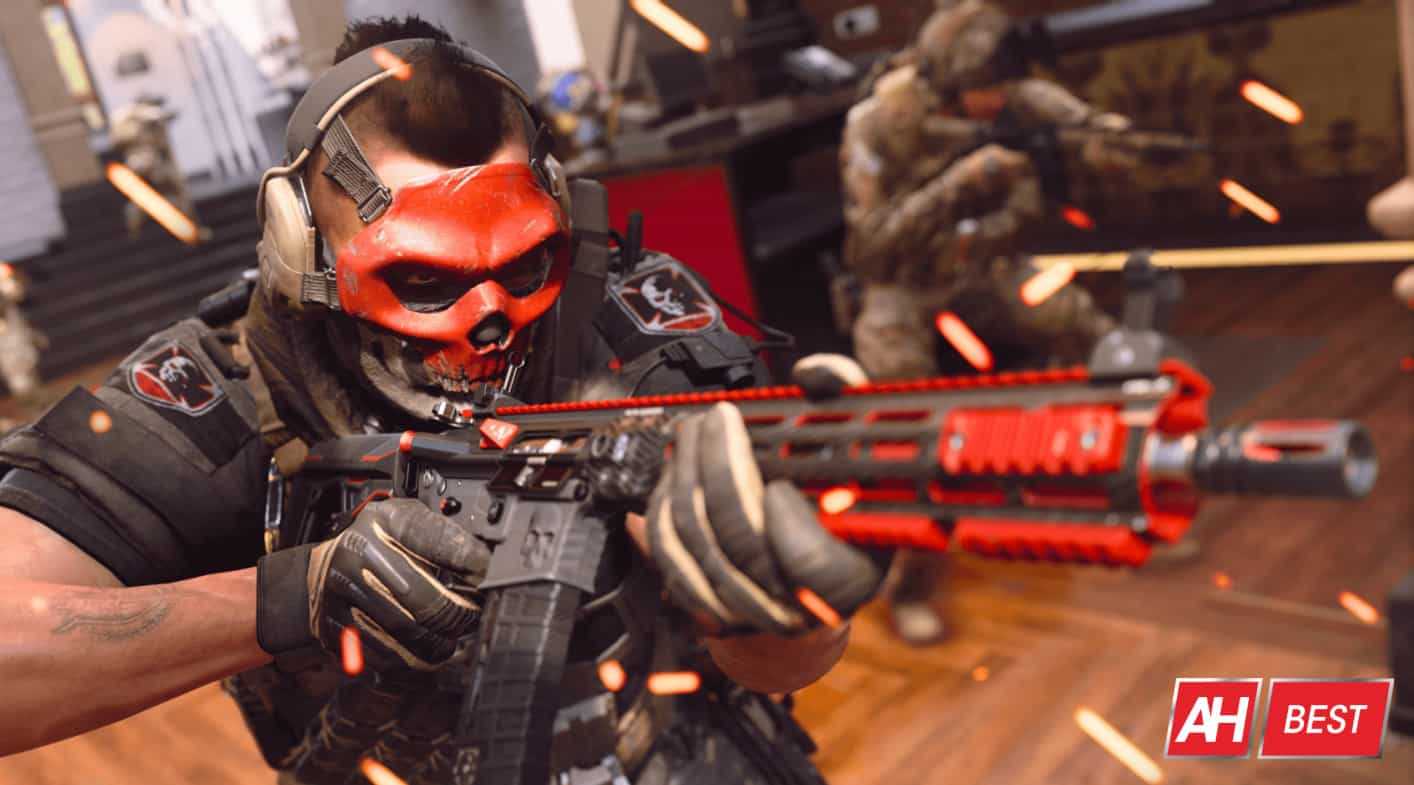 There are lots of great games out there for many different platforms right now, and this includes PC, but which ones out there are currently the best? Which ones are worth your time?

While we can’t say for sure that our picks will be the best PC games out there for everybody, they’re certainly worthy of your consideration. And perhaps your time.

Since tastes in games are so vast we’ve picked the best PC games across a number of different genres. This way there’s a little something for everyone to enjoy. This list will also be updated monthly. So expect some titles to be swapped out from time to time.

Below is a summary table of each game we picked, as well as how much it costs and where you can buy it or download it.

If you’re short on time, you can see all ten games in the table below. If you want a little bit more information on each game, we have each one listed below the table alongside short descriptions and trailers.

Below you’ll find each game listed above, but with a short description about the game as well as trailers, buy, and download links.

Like those past games, Elden Ring delivers you up to a smattering of difficult boss fights and powerful weapons and armor. Unlike those past games though, Elden Ring takes place in a massive open world environment. Which means you can explore a lot more and doing so is encouraged. Because you never know what you might find. For many, this is easily going to be 2022’s game of the year. And it would be well-deserved. As this is definitely one of the best PC games to play right now.

The Ascent is a brand-new cyberpunk-themed action RPG that just released for PC this morning. You can purchase it for $30, though it is currently on sale for $27 through Steam until August 5. It’s also available as part of Xbox Game Pass. It plays a bit like Diablo since it’s an isometric action RPG, but it also feels a lot like a twin stick shooter.

Those who never got to experience the game during its original release on the PSP now have a way to play an integral part in the Final Fantasy VII story. Crisis Core tells the story of Zack Fair, a legendary SOLDIER member with close ties to Cloud Strife and Aerith Gainsborough.

His legacy paves the way for Final Fantasy VII, and this is perhaps the best way to experience the game. As it challenges the expectations of what you likely think an HD remaster is capable of. If you like Final Fantasy VII, and have played or are planning to play Final Fantasy VII Remake, then you definitely want to throw this game in your library. Perhaps even play it first. Given in its place in the timeline.

Days Gone was initially a PlayStation exclusive title that released for the PS4. It was recently released for PC, though, and this is one of the best, most highly underrated games that PC has to offer right now.

If you’re not familiar with what Days Gone is about, the thumbnail in the trailer likely gives away that it’s a post apocalyptic zombie game. But there’s a lot more to it than that thanks to the rich story and challenging combat. The game takes place in Oregon, and throughout the game you’re simply trying to survive with anyone else that either didn’t succumb to the global pandemic, weren’t killed by other people, or weren’t ravaged by zombies.

You’ll need to come to grips with doing some things in the game that may go against your moral compass. There’s also a really cool survival element to it that requires you to be acutely aware of what your resource levels are at all times. How much ammo do you have for your weapons? Do you have enough materials to make more bandages? Will taking this path be safe enough to get to your destination or will you encounter more danger than you anticipated?

All of these are questions that you’ll be asking yourself constantly. The game is open-world so there’s plenty of room for different ways to play and reach your goals. As there’s no set path. The PC version of the game also adds in new features, like New Game+, Survival Mode, Challenge Mode, and bike skins. So there’s a lot to dive into and enjoy.

A departure in numerous cases from previous From Software games, Sekiro: Shadows Die Twice is still a brutally challenging yet highly rewarding action RPG game worth diving into. Even now as the game is nearly two years old.

If you’ve yet to step foot into the game’s vision of 1500s Sengoku era Japan, you’re doing yourself a disservice. Though be forewarned that, unless you’re used to the kinds of games From Software puts out, you will be met with a very difficult first playthrough.

It’ll all be worth it though to set eyes on the world From Software has created. From lowly enemies to massive bosses, every encounter in Sekiro: Shadows Die Twice begs for cold, calculating decisions. Lest you do actually die and fall prey to the game’s tougher challenges – respawning from your last checkpoint with less health. And thereby a a harder time getting by a particularly difficult section.

The Game Of The Year Edition adds to the amazing experience by adding new boss challenges modes and other additional content to work through. Once you’ve beaten the game your first time, of course.

While the Yakuza Remastered Collection is definitely a string of games worth picking up, the most recent game in the series, Yakuza: Like A Dragon, is a game you shouldn’t miss either.

This latest installment follows a different main character throughout the length of the game. As opposed to the series’ familiar and much-loved Kazuma Kiryu. The game doesn’t just swap out the lead character, either.

Combat also takes a different turn and is less action-based than before. But still wildly fun and entertaining as ever. Since this game brings in a new lead character, this is also a good starting point for newcomers to the Yakuza series.

Though if you want to get the full Yakuza feel, you may want to start with one of the earlier games first and get invested in the stories and world that Yakuza has to offer.

DOOM has been around for a very long time in the gaming world and DOOM Eternal is the latest game in the franchise to hit the market. It was released back in March 2020 but just recently received its latest update which also happens to be the first DLC expansion – The Ancient Gods Part One.

If you’re unfamiliar with DOOM Eternal and the franchise, this is a chaos-filled romp through hell on earth as you slay demons with a vast arsenal of weapons, skills, and a little bit of determination.

From the riveting campaign to the high-octane multiplayer, Call of Duty: Modern Warfare II is one of the best games on PC right now. Naturally, most people buy this game for the multiplayer. And it’s easy to see why this year. It’s insanely good. For starters, Infinity Ward has revamped the weapons system to include a varied and customizable weapon collection. You can add on all kinds of attachments like before, but now it feels like there’s more of them. You can even tune attachments to adjust the level of benefits they give your loadout.

On top of all that, unlocking and leveling weapons seems to be a lot easier than before. And if you’re not someone who plays this game 24/7, there’s always going to be something to unlock for a long time. Pair that with a good collection of modes, solid gun play, and an upcoming season one with the battle pass and even more new modes, and you have a real winner here. Call Of Duty is back and at the top of its game. This is the pinnacle of multiplayer shooters.

Final Fantasy XIV is in many ways, today’s best MMO game. And the Complete Edition comes with everything, which includes the base game and all four expansions, including the all-new recently launched Endwalker expansion. It’s available on PC, but also available on PS4 and it’s cross-platform play. Your account is also linked if you have the game on both platforms, which means you can swap gameplay between them.

In Final Fantasy XIV you’ll have a long and engaging story to follow through the main scenario quests, as well as side quests, dungeons, raids, PvP battles, and everything under the sun that you can imagine.

Even if you finish the main story content, there are multiple classes (known as jobs) to level up. You can even buy plots of land, build a house, and fill that house with all sorts of decorations. You can also cook food, harvest all manner of ingredients, materials, and more.

There is no shortage of things to fill your time and you will always have something to do. And of course it’s an MMO so there’s loads of other people to play with. if you haven’t played an MMO before, or even if you have but haven’t tried FF XIV, give it a short as it’s definitely one of the best PC games around and it will be for years to come.