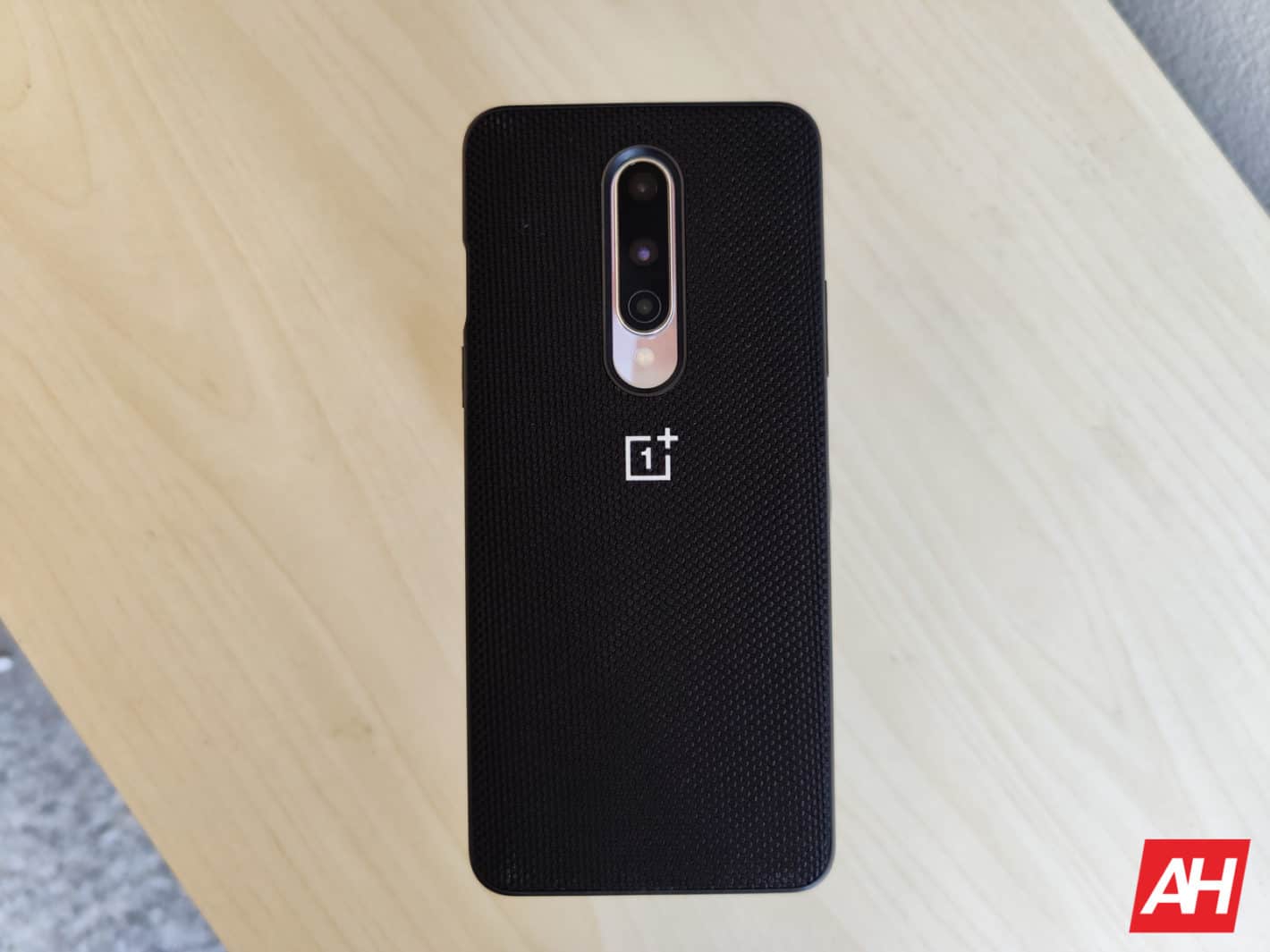 The OnePlus 8 is a great looking smartphone, and to keep it looking great, you’re going to want to get a case (or two) for it.

Since the OnePlus 8 is a glass sandwich smartphone, it’s going to be a good idea to get a case for it. That way you don’t risk dropping it and destroying your brand new smartphone.

These cases on this best of list for the OnePlus 8 are pretty different. Ranging from under $10, all the way up to $40 or even higher. So there’s going to be something here for everyone, which is definitely a good thing.

As some people may prefer an inexpensive clear TPU case, while others might prefer something like the karbon fiber case that OnePlus offers. And they are on different ends of the spectrum, price wise.

The OnePlus 8 Nylon Bumper Case is by far our favorite case for the OnePlus 8. It’s a somewhat thin – though not super thin – and does offer some good grip for your OnePlus 8.

The Nylon finish makes it more durable too, so that you won’t need to worry about it getting damaged in everyday things. And with the nylon back, it’s super easy to hold onto. Now that is pretty important.

It only comes in black, but because the camera cut out includes the flash, you can still show off some of the Interstellar Glow color of the OnePlus 8. Which is really cool. It does also cover a bit of the display, to protect it when it does hit the ground.

This may not be one of the best looking cases for the OnePlus 8, but it is one of the more rugged cases out there. The Ringke Fusion-X has reinforced sides and corners, that will protect the OnePlus 8 if it does go for a fall. With the case taking all of the damage, which is a good thing.

Now the Ringke Fusion-X does come in a few different colors. But they do mostly look the same. So it’s all clear, with the reinforced sides coming in either clear or black. Or there is a somewhat translucent camo color that looks really good on the glacial green color of the OnePlus 8.

This is a really good case to buy, since it does also have a really nice lip over the display. Protecting it from getting damaged if it gets dropped too.

If you’re looking for a TPU case for your new OnePlus 8, then this is a really good option. Spigen has always made some really great cases for just about every phone out there. And coming in at $17, the Spigen Tough Armor is another great option.

This is a slightly thicker TPU case, compared to others on the market. But the reason for this is the reinforced sides and corners, as well as the shock absorption inside. This makes it better for protecting your phone. Especially since it does have the lip over the screen. Even though this is a curved screen device, it does still work well with this case.

Of course, we cannot forget the fact that this case also has a kickstand built-in. Given the impressive screen on the OnePlus 8, having that kickstand built-in is a really nice feature. Allowing you to prop up your phone while you’re watching a movie or video. This is great for those that do a lot of traveling.

If you picked up the Interstellar Glow color of the OnePlus 8, then grabbing a clear case is definitely a good idea. That is going to allow you to still show off the incredible color of the phone, while also protecting it, and keeping it free of fingerprints.

Now the OnePlus 8 Pro does come with a clear case in the box, unfortunately the OnePlus 8 does not. So you’ll have to buy this one from OnePlus. Luckily, it does not say “Never Settle” in big letters along the side on this one. So this is actually the better option. Unless you liked seeing that along the side of a case that is on your OnePlus phone.

This case has a cut out for the alert slider, so you can still easily put your phone on vibrate. But there’s no cut outs for the buttons. So they might be a bit stiff at first, but that will change after a few days of usage.

Many people would rather have an ultra thin case, that doesn’t add a lot of bulk to their phone. And that’s where the anccer Ultra Thin Case comes in. It’s pretty thin, so it won’t make the OnePlus 8 all that much bigger or bulkier. But it does add some grip.

Most of the time, these rather thin cases do not provide a lot of protection, but this one does a good job at it. There’s no lip here to protect the display, which might be a good thing with this curved display. But it does cover the entire back and sides of the phone.

On top of that, anccer also offers it in a number of colors that match the colors the OnePlus 8 is available in.

The Spigen Rugged Armor has always been a staple on our best cases list, and it likely always will be. This particular mode for the OnePlus 8 is something we all love for our phones.

It’s a matte black case, which looks really nice and also keeps those fingerprints off of your new OnePlus 8. It is also a TPU case, so it’s somewhat thin – though there are much thinner cases out there. It has a carbon fiber look at the bottom and the top of the device. Giving it a rather nice look.

There are cut outs for the alert slider, as well as the ports on the bottom. There’s no cut outs for the buttons though. But they are still pretty easy to press. So turning the phone on and off is super simple. As well as adjusting the volume. Which is pretty important to a lot of users.

The OnePlus 8 Sandstone Bumper Case is an old classic for OnePlus fans. The original OnePlus One came in a sandstone finish, which was very different for the time. Of course, this was before everyone started using metal and glass for the backs of their phones. OnePlus is still one of the only companies to use Sandstone on their smartphones. Though, nowadays, it’s done in case style.

This case is a bumper case, but unlike usual bumper cases, it does protect the display. Allowing you to protect that display with ease. The OnePlus 8 Sandstone Bumper Case does make it easier to hold onto the OnePlus 8, mostly thanks to the Sandstone finish giving you a lot of grip.

The OnePlus 8 Sandstone Bumper Case does come in three colors: black, cyan and Smokey Purple, for the OnePlus 8. If you bought the Glacial Green OnePlus 8, then the Cyan color is going to work perfectly with the color of your phone. And really look pretty awesome.